Peace on Earth, and all that jazz. :ham:

Same to you are your family

And a bountiful Thanksgiving to you.

"Our harvest being gotten in, our governor sent four men on fowling, that so we might after a special manner rejoice together after we had gathered the fruits of our labor. They four in one day killed as much fowl as, with a little help beside, served the company almost a week. At which time, amongst other recreations, we exercised our arms, many of the Indians coming amongst us, and among the rest their greatest king Massasoit, with some ninety men, whom for three days we entertained and feasted, and they went out and killed five deer, which we brought to the plantation and bestowed on our governor, and upon the captain and others. And although it be not always so plentiful as it was at this time with us, yet by the goodness of God, we are so far from want that we often wish you partakers of our plenty."

Happy Thanksgiving to all my friends here at the forum!!!
M

Happy Thanksgiving to everybody! Hope its a good one.

Everyone have a great Thanksgiving.

May your stuffing be tasty
May your turkey plump,
May your potatoes and gravy
Have never a lump.
May your yams be delicious
And your pies take the prize,
And may your Thanksgiving dinner
Stay off your thighs!
- Unknown

Wish everyone a nice family day

Happy Thanksgiving to all! Now if the sun will just peek through the clouds at least once before the end of the weekend, I'll be happy.

Ben found that very elusive breed of turkey with the pop up indicator. The only wild turkey most of us will encounter is in a glass. Here's to everyone having a happy and enjoyable Thanksgiving!

In remembering our blessings.....

I am thankful for all that is shared on this forum and the good hearts of the folks who play here. Stay safe and warm and have bountiful day everyone!

Happy Thanksgiving to you all! Getting ready to head down to Haddonfield to stuff ourselves.

Have a happy and safe one! 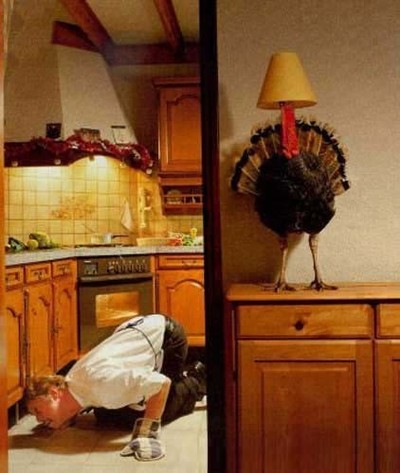 pinelandpaddler said:
have a happy and safe one!

pinelandpaddler said:
Have a happy and safe one!

FYI this is fake.
http://en.wikipedia.org/wiki/Landover_Baptist_Church


Did anyone consider that injuns are people too and they have their good and bad ones as we do?Some injuns did engage in human sacrifice,such as the Aztecs but then again so did some ancient Celts and pre viking scandinavians among other Europeans.The Romans were just as sick with their gladiators.I also like how the injuns are lumped together as if their one big race.There were as many different kind of injuns as their were europeans.The Mandans were known to be white with occasional blue eyes and blonde hair.George Catlin painted them as such.The noble redman is a myth and so is the bloodthirsty savage,at least in a stereotypical sense.Both are no doubt true in individual circumstances.Both people,euros and injuns did some pretyy nasty stuff to each other and don't give me the stuff about them being here first,my ancestors were pushed out of western asia into western europe by the huns,people do it to each other all the time.Might might not make right but it will fill your childrens bellies sometimes at the expense of someone elses children.We brought the injuns Jesus,they gave us succotash.I'd say were both better off for the exchange.By the way there is evidence they had heard about Jesus before modern europeans ever showed up here,Oh thats right,I'm sorry ,I forgot Columbus was the first white man to set foot here.yeah,right,I don't believe the vikings are st. Brendan were either but thats a different story.
pyramids and mummies in both hemispheres...Hmmm thats one to ponder.
ok I'm on a tangent here.
Al

With the Westboro Baptist Church, I can almost believe anything is real these days... thanks for pointing that out.

Christmas is coming. Be informed: