You are using an out of date browser. It may not display this or other websites correctly.
You should upgrade or use an alternative browser.
J

Still early on in this research, but reading Ghost Towns and Other Quirky Places, I saw a quick blurb about Samuel Richards buying a saw mill and a grist mill in White CLay Creek in Delaware. This is right around the corner from where I live now, so I had to follow it. With some help from the Newark Historical Society, I found three entries about this (sources below). Here's what I've found so far:

In 1800, Samuel Richards joined with William T. Smith, the father of his first wife, to build a mill in Stanton. No business records found yet or confirmation of the types of mills, but they operated it until 1835 when it was purchased by George Platt. Platt later sold it to Andrew C. Gray in 1843 and shortly after that, it burned down. The land was sold to Farmers Bank of Delaware, and after changing hands several more times, it wound up in the hands of Ashton Butterworth and John Pilling (in 1866), who built a cotton mill on the site. This was eventually refitted to produce wool products and was made part of the Kiamensi Woolen Mill in 1873. This map is the closest I have come to finding the actual original mill owned by Richards. 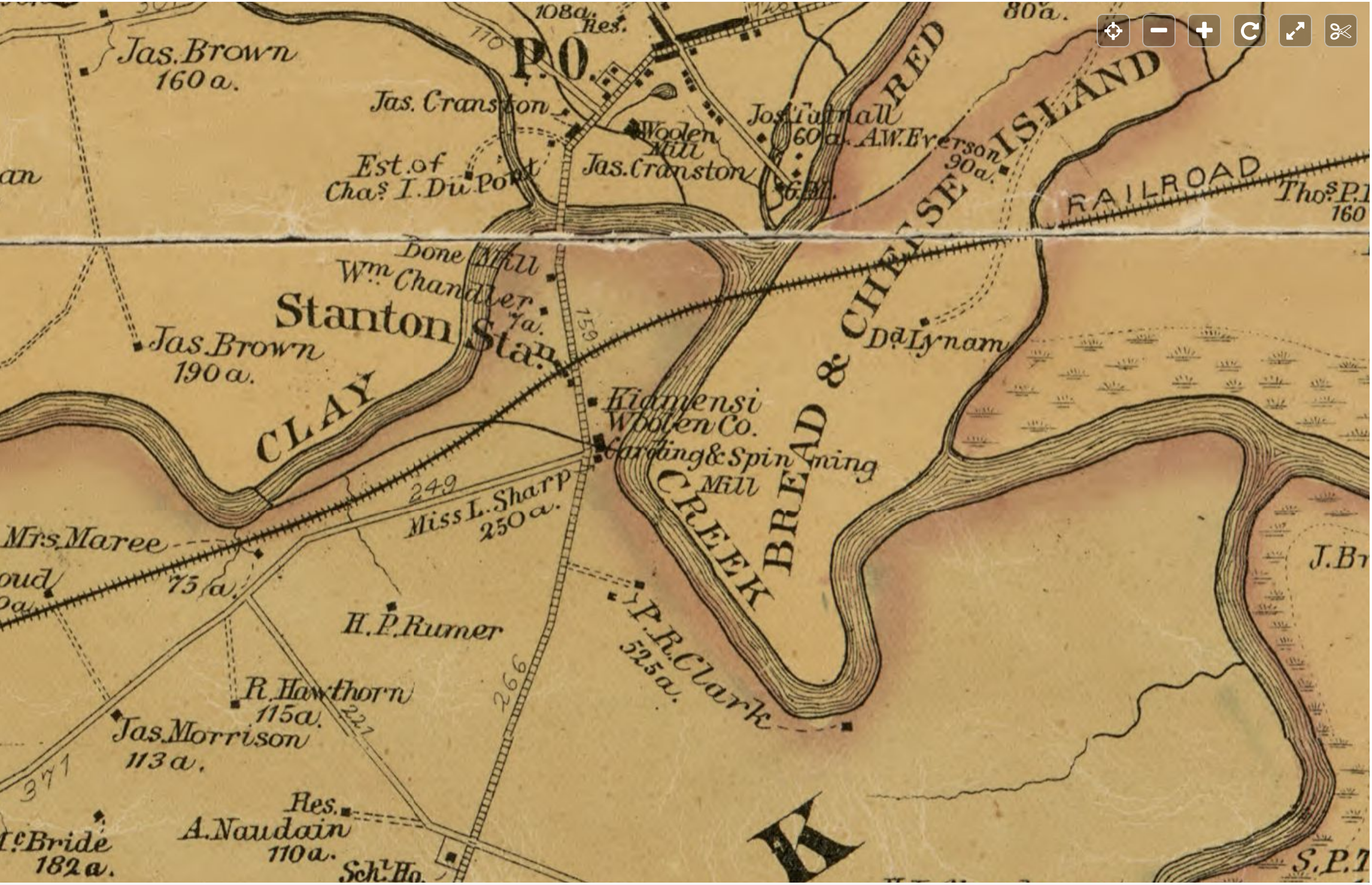 So, I'm going to try to find more information about the mill as owned by Richards and Smith, but apparently, the records of the time in Delaware are sparse.

Actually, looks like the property labelled Miss L.Sharp is right about where the Hale Byrnes house stands. Maybe a latter-day owner?

Edit 1:
Oh, duh. Yeah, Jesse Sharp was one of the owners of the properties, including the mills, before it became part of Kiamensi. So, it makes sense that the L Sharp house is Hale Byrnes' house.