Piebald deer sightings are an anomaly, but we get at least a couple of calls a year on them and they do tend to travel in groups. We estimate they represent about one-percent of the deer population in New Jersey."
http://www.nbcphiladelphia.com/news/local/White-Deer-Albino-Appear-Jersey-Woods-226373081.html

There seems to be quite a few in the Browns Mills area. Rumor I heard was a group was released in Fort Dix years ago. I took these pics last year near there

when I lived in Browns Mills I used to see a substantial heard all the time in a fairly specific area. they always looked like ghosts in a blackened- burnt over forest. As was the case after a prescribed burn.

Very cool! I have spent my entire life in the woods and have never seen a white deer. I have seen Piebald deer, but never one that was all white.

I have herd about the white deer in Browns Mills. Seneca Army Depot in NY has a large population of white deer.

While making tea this morning a piebald deer appeared right outside my dining room window. The wife and I scrambled to find a camera, only to have the flash go off and ruin any chance of a close-up. Boots went on and I was able to salvage the opportunity with a distant photo (piebald marked by arrow below). It appeared to be at least 90% white with little brown patches. The size was goat-like. Although it had the proportions of a fawn, this piebald's head appeared to be that of an adult deer. The gait was that of an adult too, although it seemed tamer than a normal deer. Can a piebald be dwarfed too? 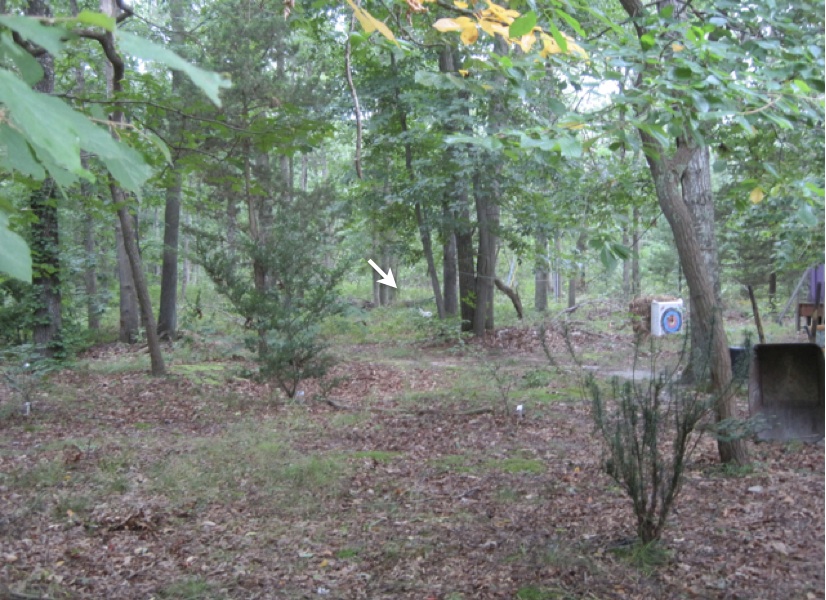 Yes piebald deer can be dwarfs too. Piebald or albino is a genetic defect. Usually with a genetic defects come other defects such as dwarfism or other problems if you will. Like a doe with horns will sometimes not shed her velvet or will have not capacity to reproduce.
You must log in or register to reply here.
Share:
Facebook Twitter Reddit Pinterest Tumblr Email Link
Top Bottom