Your first digital pictures of the Pines

Have been meaning to start a thread on this for awhile, and finally got around to digging through my archives to find these. I bought my first digital camera - a Nikon CoolPix 900 - at Mid-City Camera in Philadelphia on April 2, 1999. Cost was $864.72, which included batteries and a HUGE 32mb compact flash memory card. Went right out the next day and took a whole bunch of pictures, I still remember how much fun that was! Here are just a few from that day - April 3, 1999.

This one was probably along the Batsto, somewhere near the other one. 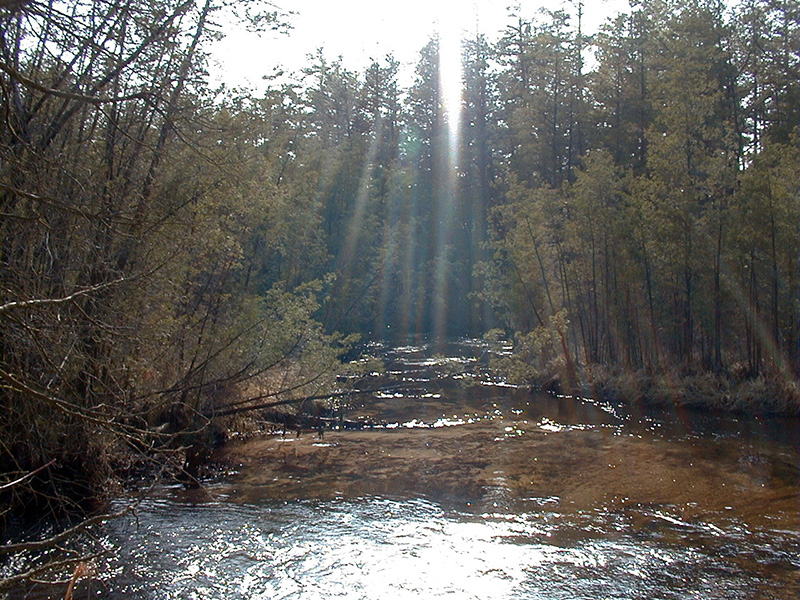 Not quite sure about this, am thinking it was in Lebanon (Byrne) since I recall that's where I ended up. 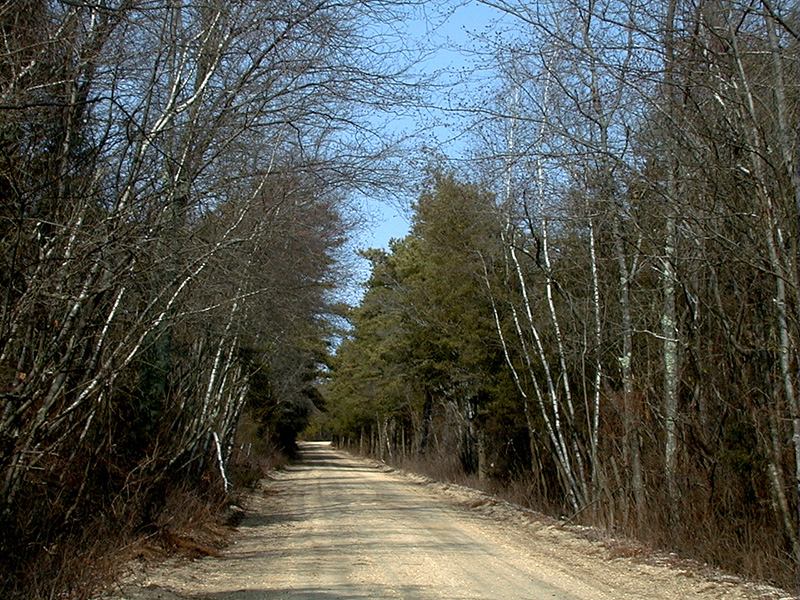 Was out the next day around Spring Hill, but the weather was very cloudy and the pictures weren't so good. But here are a few from a week later, on April 10, 1999. I believe this is Atsion Lake. 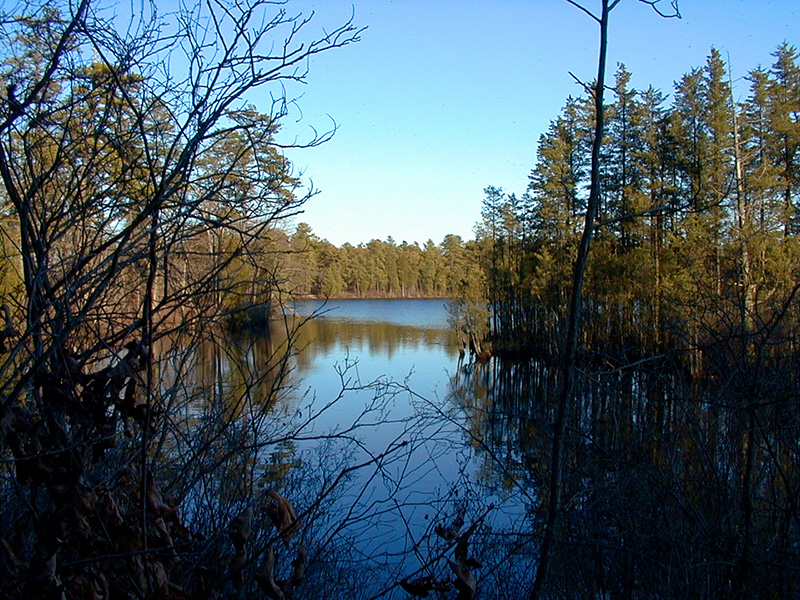 And this is somewhere in Wharton, perhaps on the way to Apple Pie Hill? 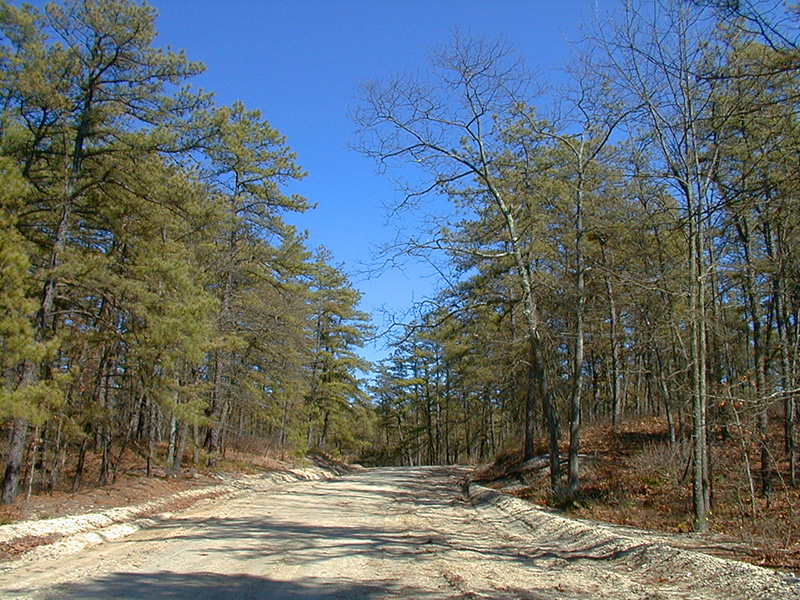 Finally, this one should speak for itself, a view from the fire tower. 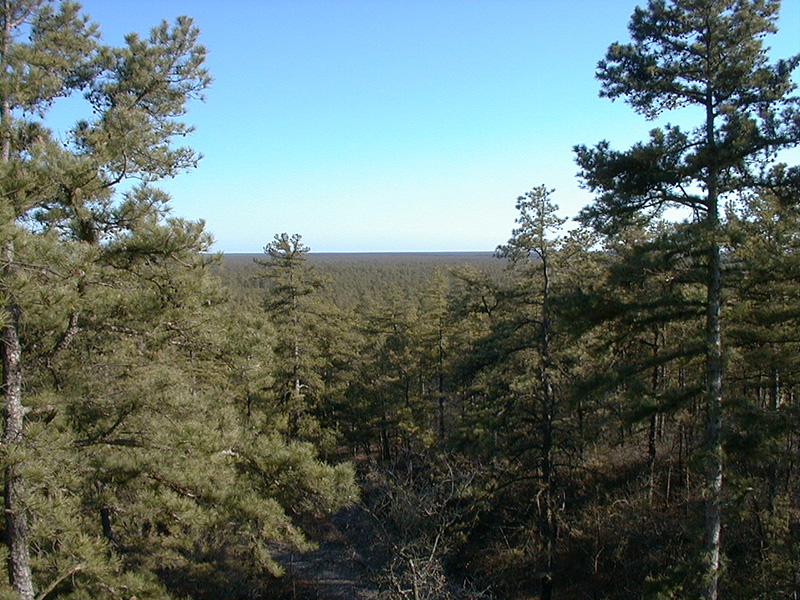 So there are some of mine.... now it's your turn. When did you get your first digital camera? Post your own first pix!
Last edited: Mar 22, 2020
Reactions: MariaV, wks, John and 2 others

That first one is really nice. The composition really sells it.
Reactions: wks and Boyd

That is actually one of my favorite all-time shots, something about the color and texture of the water, I think.

Reactions: wks, John, Teegate and 3 others

I think it was called a Sony Mavica, it would save the pictures on a 3" mini disc inside the camera.
Reactions: wks and bobpbx

The Wick said:
I think it was called a Sony Mavica, it would save the pictures on a 3" mini disc inside the camera.
Click to expand...

I"ve been to that first pic pond.wonder if you can still drive the road around it?
Reactions: wks

The fourth one (with the cloudy sky over the water) is just beautiful!

BTW, do you know how to display the photos inline? You can edit your post and use the "insert full size image" buttons at the bottom of that screen.
Reactions: wks

The Wick said:
I think it was called a Sony Mavica, it would save the pictures on a 3" mini disc inside the camera.
Click to expand...

I had a friend with one of those. Not one of Sony's better ideas.

I love their pro video gear, and have used it exclusively for 20 years but their still cameras never impressed me. Speaking of which, I have video of the Pines going back to around 2002. I may start another thread for that, after I find time to do some format conversion and editing.

Yes sir, I think all the pics are recognizable as to their location. That particular shot of White Bridge is from my favorite fly fishing spot
Reactions: wks
L

I got into digital much later, April 2006, with a compact camera that was basically a piece of junk. But yes, it was so much fun - at least until the batteries died, which they did often and without warning. Still, I never went back to film.

This picture (sorry, I am truly ashamed about the date stamp being on) is within the Pinelands, but not an area open to the public. I had access then, probably, but not since. Were we having a drought that year? I can't remember. 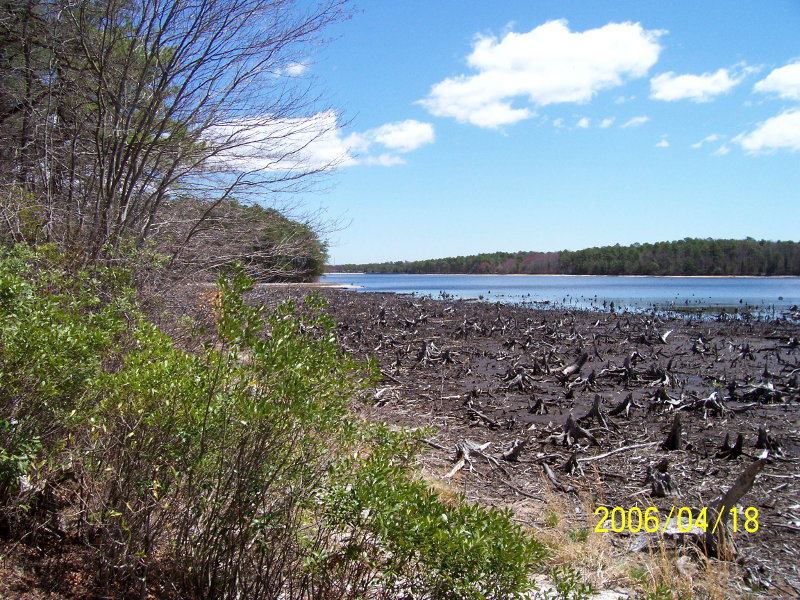 These 2 are from November that year... you know where this is. 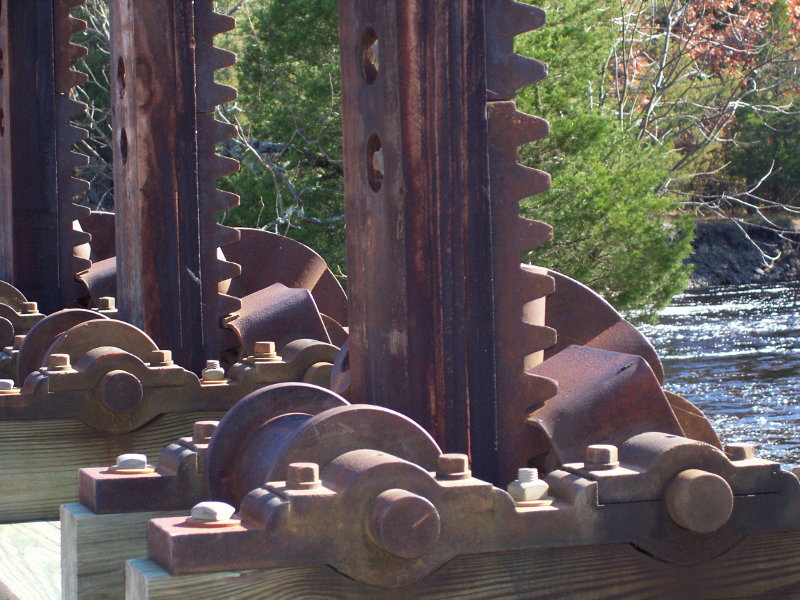 Reactions: MariaV, wks, John and 3 others

I took the first photo with my digital camera on 9/25/2001. It was a photo taken out the front door of our car. I was working 60+ hour weeks and had not been in the pines for quite a while at that point. In the following months after working 18 years like that, I made the decision to eliminate weekends forever. Only then was I able to resume my pines exploring again. So on 1/26/2002 the girls and I headed out for the day. Our first stops were their first visits to Harrisville, Carranza Memorial, and the Charles Wills grave. 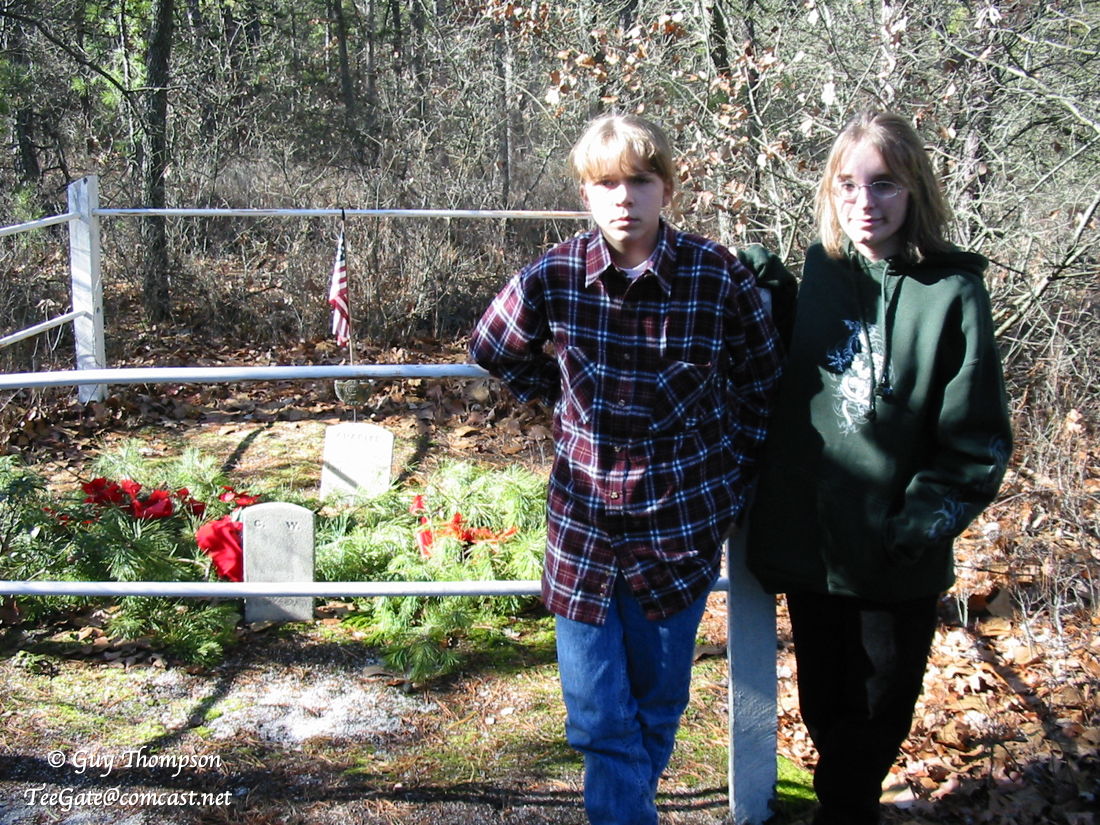 Reactions: MariaV, wks, manumuskin and 3 others

Nice photos. I hope to visit those areas one day.
I have just a few photos of pine trees from New Jersey.
At least my photos below shows a few pine trees. 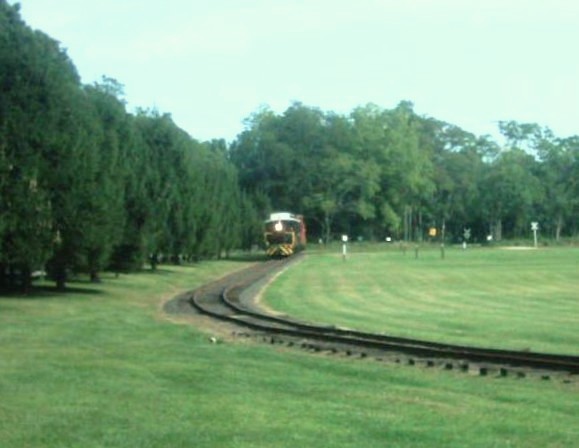 My first digital camera was a gift from my job when I reached 25 years working for them.
Inexpensive Sony model which took good photos. Had to take several photos to get the best one.
This was at the Pine Creek Railroad at Allaire Park in September 2007. Camera gone now.
I have a better one from 2009. And my cellphone from 2018 takes good photos as well.
Last edited: Feb 20, 2021
Reactions: MariaV and Boyd

This was Big White. I used to visit the location often to see how big they could get. I think an early canon digital Jul 2002. 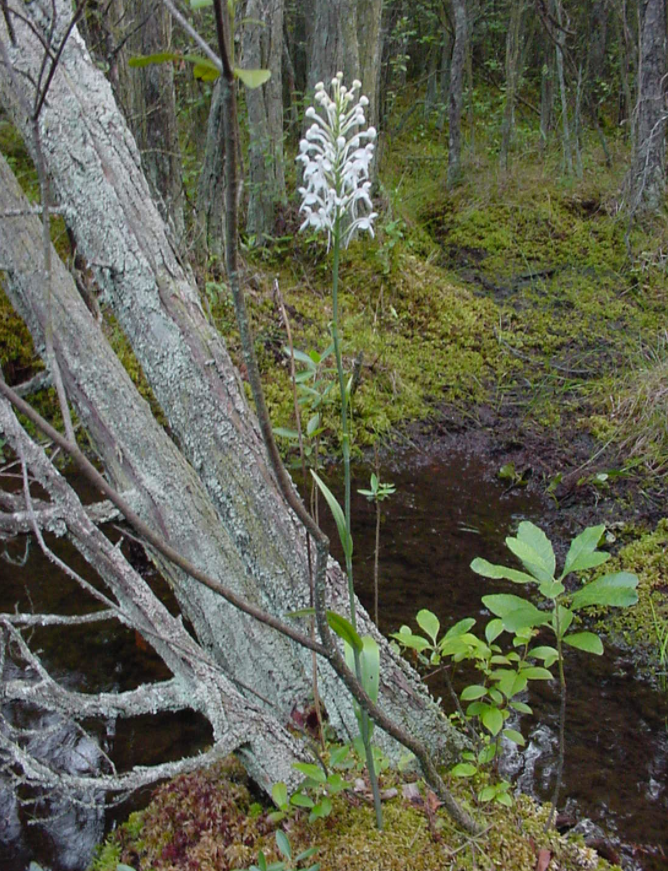 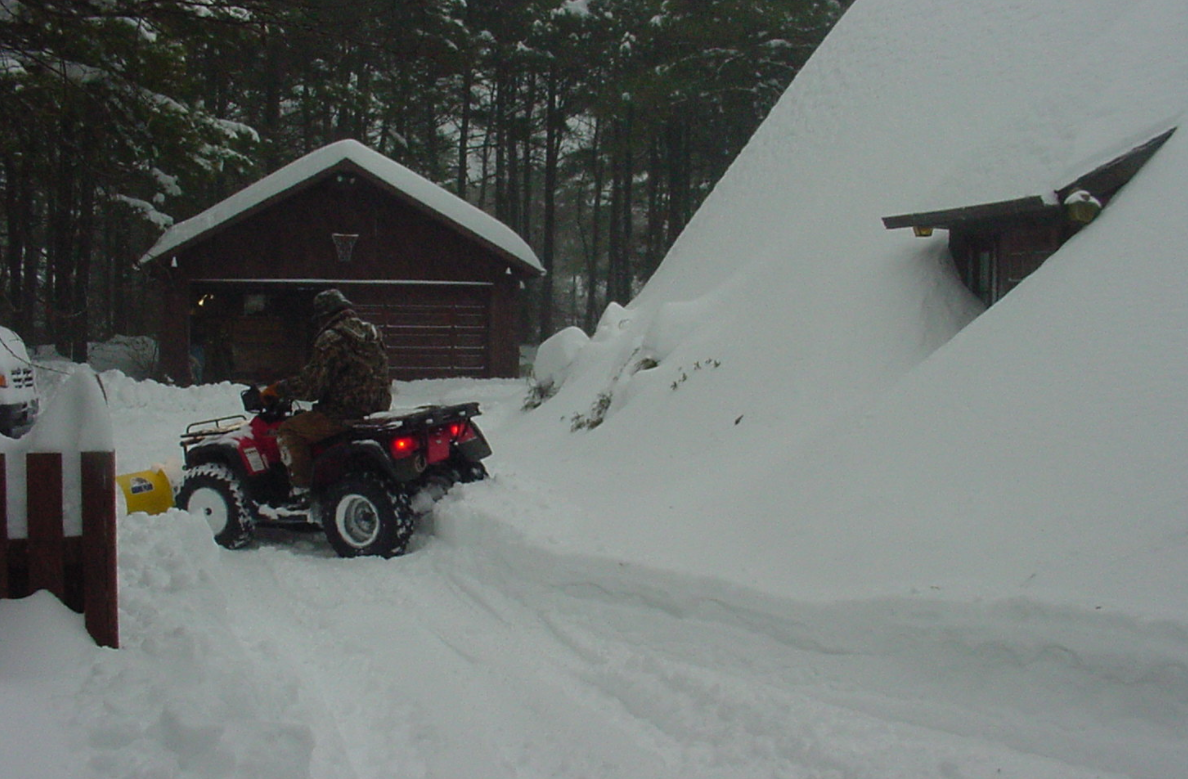 Ron, I'm pretty sure that slender Rhynchospora leaning against the orchid where the flowers begin is Rhynchospora oligantha.
Reactions: Rooftree
R

I picked out three photos that each has a little story.

I started roaming the Pines back in the Fall of 2008. I was not a member of this Site at the time. Being in retirement, I would visit about twice a week, only during weekdays. Many times exploring, I would not see a sole. I had picked up a Pineland brochure that the feature photo is of the scene below. Knowing how the area looked and its stream, along with aerial views. I found the location. I took this picture late in the afternoon. I've been back there many times and taken many more photos, but the first was the best. In later years I only explored in the morning and I was not getting the right light. I was taking photos into the sun. I know that many members know this spot. 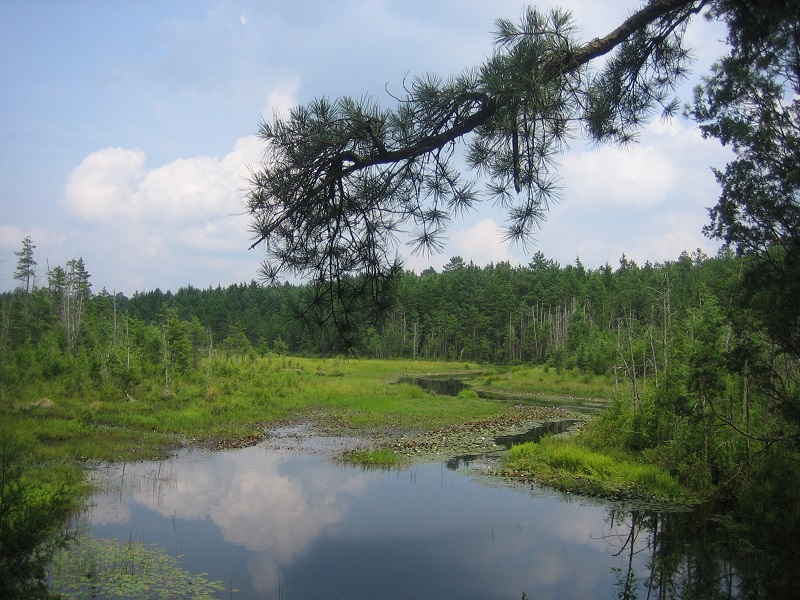 Later in June of 2011, I found my first population of Bog Asphodel (Narthecium americanum). It was a small nice patch hidden in a very swampy area along a stream. For several years I made a annual visits to see how things were doing. And then Hurricane Sandy came along, and greatly flood3d the area. They haven't appeared since. I plan to make a visit this year. Moving forward to March of 2017. I made my most significant find. While out looking for Swamp Pink in the Bamber area, which I haven't found before, I discovered a small population along a stream. At the time, it wasn't in bloom, I was able to identify it by its basal rosette leaves. Shortly after, I became a member of this Site. Reading the forums as a guest, I knew Bob was quite interested in this plant. I knew where Bob lived at the time, and I thought that I should tell him about this find. So I drove to his house. I was going to knock on his door, but it was way out of character for me. So I drove off down Lacey Road. Then I got the nerve to turn around and go back. I knock on the front door and Bob answered.. He looked at me and probably felt who the hell is this guy. It was a little awkward at first. But I explained to him who I was and he invited in. At that point we been friends ever since. Probably, if I didn't knock on that door that day, I wouldn't be a member of this Site today. I would be out there roaming the Pines and nobody knew I was here. From 2008 to date, I only met one member of this Site while in the Pines.

I went back to the the site of the Swamp Pink about two months later and took a photo of it in bloom. So this is my first Swamp Pink.