A Squooshy Day in the Pines

Recently, I hiked to a remote area of the Pine Barrens into coyote territory (heard them), to explore some open sphagnum swamps along a stream I've been there several times before Not having a 4-wheeled vehicle, it's about a two mile hike, with three water crossing (not caused by recent rains) just to get to where I wanted to explore. The road leading there is wide and clear, but it had tons of roller coasters for much of the way. Being an avid runner, one time I tried running there to save time, but those constant ups and downs took a toll on me.

Looking at old maps and what I observed, this area probably was an old cranberry bog At this time of the year you can see old road, by the faint image of tire tracks leading to the bogs. Further into the year those roads will disappear.

As usual, many tall cedars are found growing along streams. Note the ones in the background. 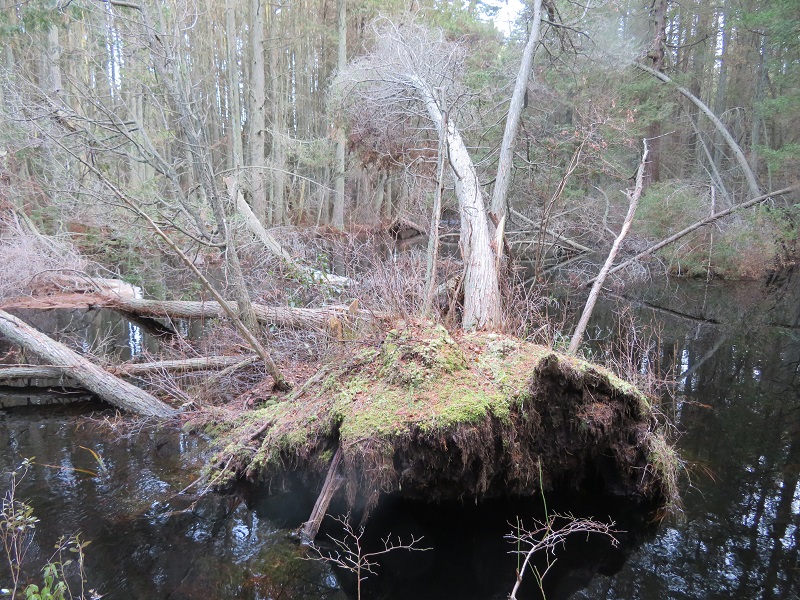 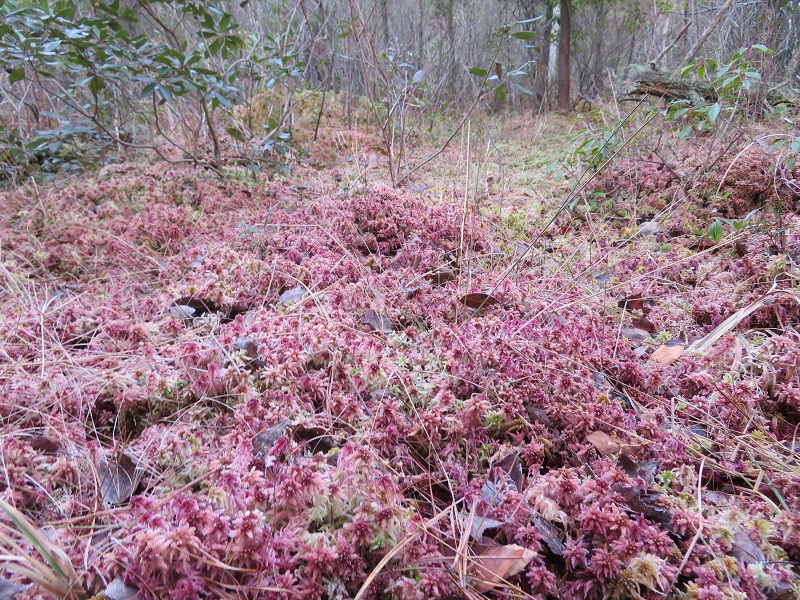 A small open bog I stopped at along the way 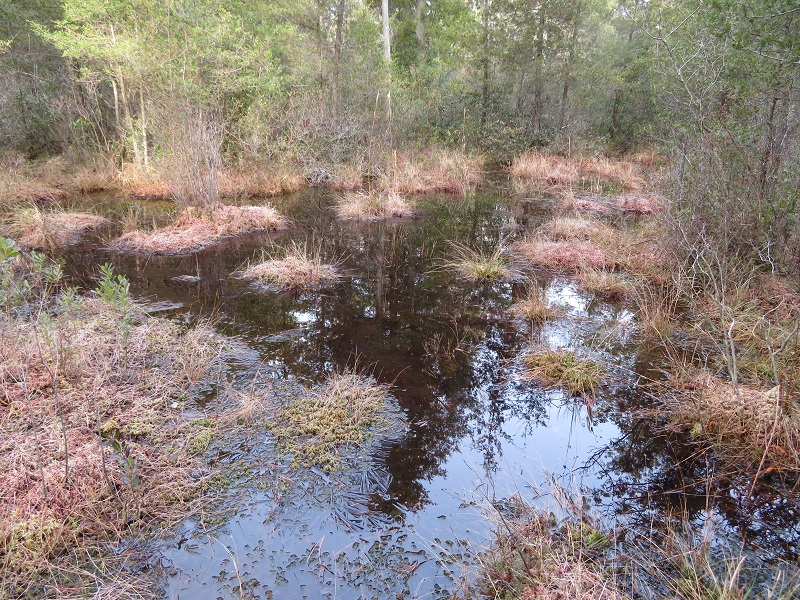 A large open bog. This is the area I was doing by exploring. 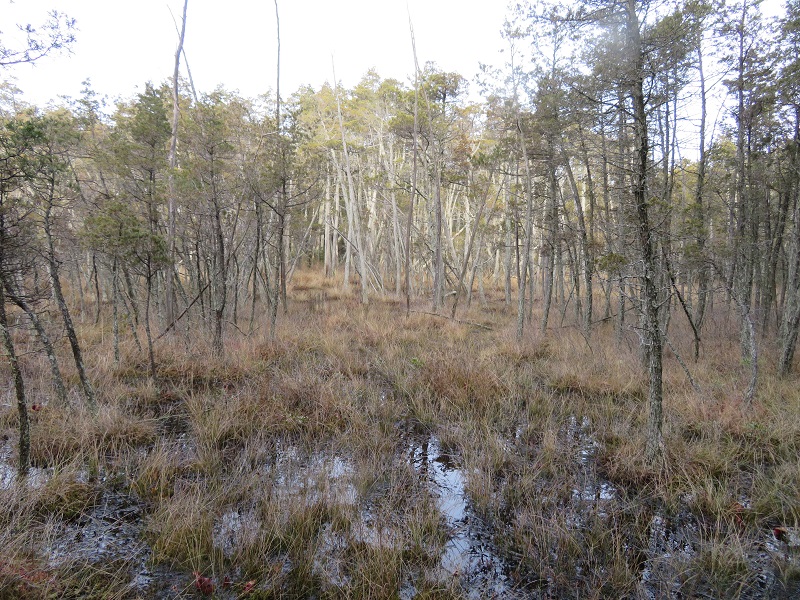 Sarracenia purpurea (Pitcher-Plant) I had to use the zoom. You don't want to walk in there. 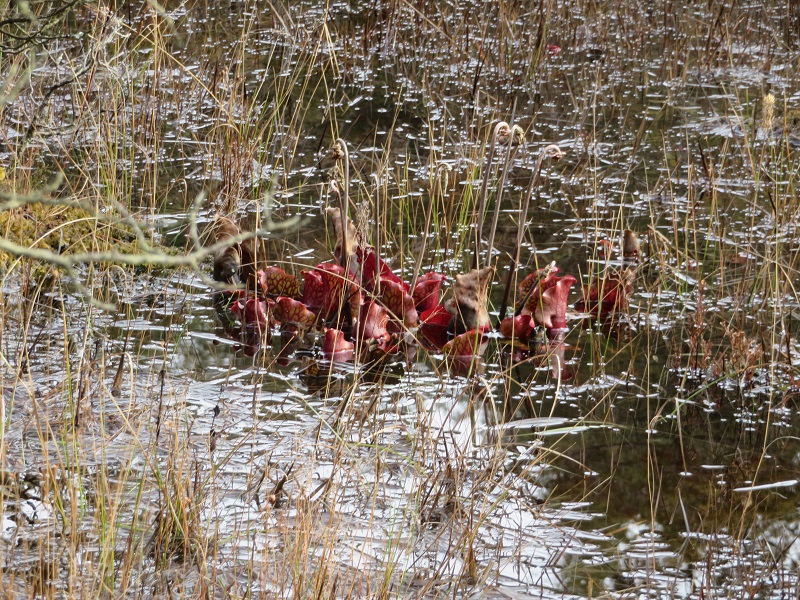 Pitcher-Plant nestled among the sphagnum 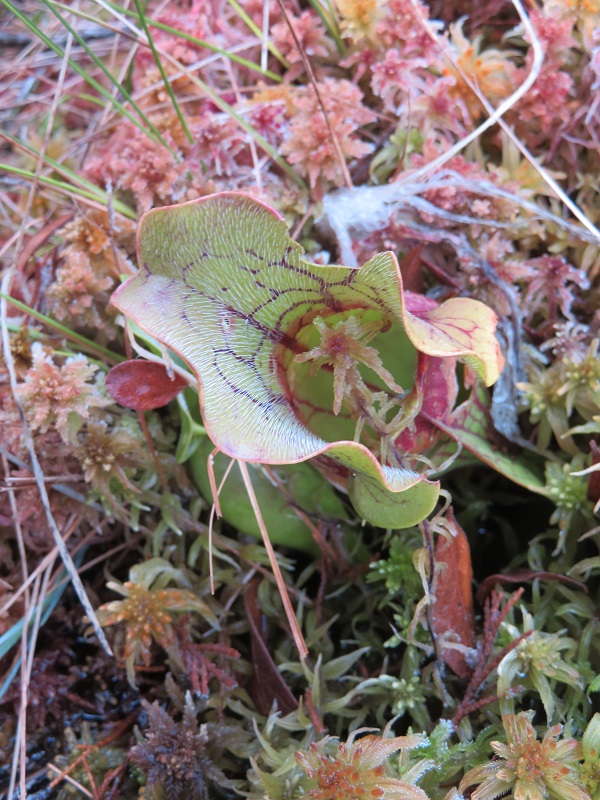 As you get closer to the stream, you get into the cedars. Those mounds at the base of the cedars are called 'hummocks'. 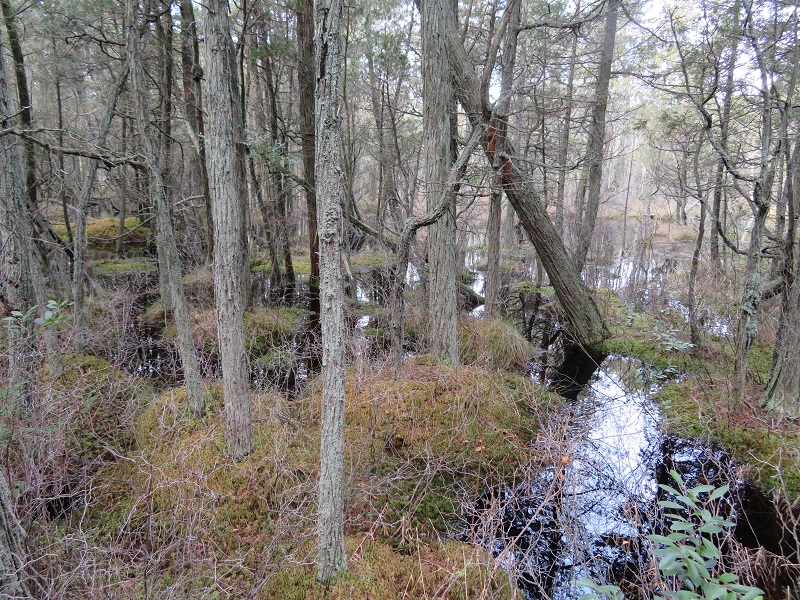 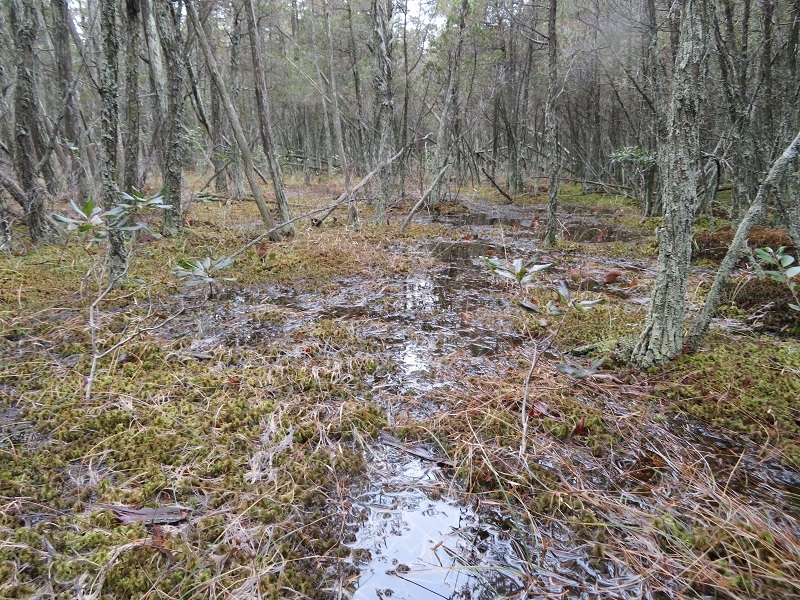 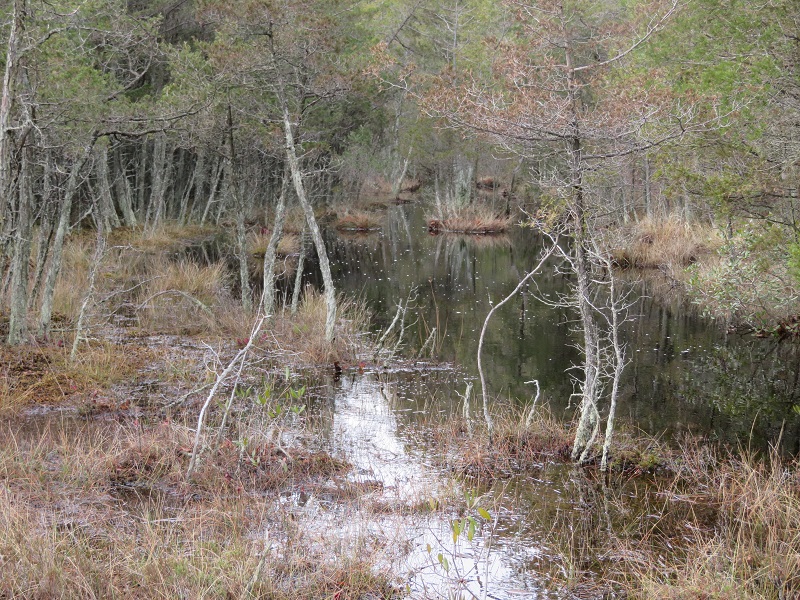 Great stuff Ron! I love your reports. I'm very surprised at this area. It is much more productive in T&E plants than I ever thought it would be, and in fact, it looks nothing like I envisioned it to be. I can even see Narthecium in the pitcher plant photo.
R

Bob; I've been there about 5 times over the past several years, but never during the time when flowering plants were in bloom. So I only know Narthecium and pitcher plants are present. The photo of the pitcher plant grouping is in the most saturated area. It's always is, even without all the rain we been having. I don't walk in there. I see enough on the edge. I pick this particular location because I never saw it mentioned on this Forum. They're the places I like doing my exploring.
You must log in or register to reply here.
Share:
Facebook Twitter Reddit Pinterest Tumblr Email Link
Top Bottom