I went out exploring the other day, first trip to Parkdale and that area. Seems like people go back there to practice shooting, there are loads of shell casings. I founds a few old foundations then went and found the old train bridge. Then headed on the same road that runs along to tracks near the bridge for a about 2 miles I am guessing and took this trail to the left and found a bunch of cellar holes, and foundations, it isn't near Parkdale but it is in the area. I wish I bought my camera, but I always seem to forget it. Does anyone know of the place that I am talking about? Thanks guys

So you came in off of 206 and at the tracks you turned right and visited the bridge. Then you turned around and headed away from the bridge to find the final foundations. Correct?

Try pointing them out on topozone for us.

Guy
My visualization is telling me that he is describing Sandy Causeway on the way out to Chew.
If you headed southwest about 2 miles from the trestle in Parkdale along the track road, you would hit Sandy Causeway. (locally known as Three Bridge road)
If you made a left you would be heading south to Chew and the cellar holes are on the left.
I think I might have given you tie sheets for geodetic monuments in that area. I have looked for them before with no luck.
The one old homestead has a ghost story associated with it and some bootlegging tales that a local told me several years ago.
Maybe I'll save them for Halloween.
Scott

That tie sheet even tells the man name who lived there. I will post some info tomorrow night or Sunday.

That is where I found them, sorry guys I am not really good at explaining things. Is this the place that has the ghost story behind it? I am interested. I went in from 206 visited Parkdale, then I found the old bridge, then turned around and followed that trail, then it passed back over the tracks, after that about i'd say no more then a 1/8 of a mile there is a trail to the left, I took that, and about 200ft or so on the right I found the ruins. There are some noticable right off the trail and even more once you walk back into the woods.

Those foundations along with some existing occupied homes and a few foundations out on Chew Road are the remnants of Chewtown.
I have an 1885 map of Waterford that calls the area Chuton. I have seen other maps call it Chuton as well.
An older (75 yrs old +/-) friend of mine from church is the caretaker for the Chew cemetery located within the Rusnak property on Chew road.
His mother was born in Chewtown and his father was from Dutchtown on 206.
He still calls it Chewtown.
Reactions: Spung-Man

I have the paperwork Scott gave that tells thae name of the man who owned that house you found. I have to look for it and will be busy today. I will pass that on tonight or tomorrow if Scott does not get to it first.

The foundation you visited on Sandy Causeway was the home of Michael J. Miloshevsky. At one time there even was a gate across the driveway leading back to the house. Now there is some confusion on the paperwork I have, which shows the owner of the house to be L.S. Berzihski. To explain this I will mention what the paperwork is. Scott can correct me if I am wrong.

In 1935 two USGS Control Monuments were placed along the road, one being at the end of the driveway leading to the foundations you found. These monuments were 1406.32 feet apart along the road in line of sight. Surveyors could go to these two monuments and calibrate their equipment. In 1935 monument #4018 was located along Sandy Causeway at the end of the driveway of Michael J. Miloshevsky, and monument #4017 was located across the JCRR tracks where the road starts to curve. In 1948 is was checked on and still reported to be there. There is a drawing of the road which I think is from 1948, and the house has the name L.S. Berzihski next to it. The house is called a "one sly frame" house and is 150 feet from the road.

So it appears to me that those two people owned it on the stated years. Again, I am not certain of that, only that they owned it.

And both Scott and I have searched for that monument at the end of the driveway, and have not found it. The other monument up the road was found at one time in the woods and is no longer there also.

I visited the above mentioned site last week. There are at leat five foundations in the area. The two closest to the road are stone foundations, which are most likely the oldest ones, and probably the main houses. Their is another smaller stone foundation which most likely was a storage house, or a smokehouse. There are shards of pottery all about the smaller cellar hole. One very large piece stoneware is about 36" tall. It is a shame it is broken on both ends. Another smaller one has still has some lettering left on the shard. "P......" and "CH" possibly "Property of Chew Farm" or "Chew Dairies"...???

There are also more foundations as the trail winds southeast through the forest. One of these structures is a cinder block building, still partially standing. Just slightly northeast of this is a small, square foundation made with wood pillings sticking a few feet above the ground. It looks similar in construction to the gates at the cranberry bogs. Could this possibly be some type of water aqueduct?

It is really an intersting site, but wear loose clothing to avoid chiggers, and watch for tiny deer ticks.

I am resurrecting this old thread to pass along a little info that you can think about.

If you read in my post above, the ruins in the woods along Sandy Causeway was the home of Michael J. Miloshevsky. This was true in 1935 when the State Geological Survey passed through installing geodetic monuments on Sandy Causeway. The buildings at the time was apparently owned by L.S. Berzihski which is shown on the survey I have. Jessica and I visited the ruins on Sunday while looking for property corners, and tonight I did a little searching and here are a few things I came up with.

If you read the post right above this one from "Neil in SJ" he mentions there is a shard of stoneware with lettering that would make him believe it possibly was a dairy. So with that in mind lets move on. I searched the 1940 census for Michael J. Miloshevsky and found what might have been him living in Medford on Union Ave with his wife and two children. In 1940 he was 23 which would have made him 18 in 1935 when the Geodetic Survey passed through Sandy Causeway. His son Michael Jr. was 1 year old so he was born in 1939.

However, in the 1940 census it says Michael Sr. was living in the "Same Place' in 1935 with "Same Place" meaning the same town(Medford) but not the same house. This would you would think put him in Medford in 1935 and not Sandy Causeway. In any event, his occupation was a dairy hand at a dairy farm making it seem like Neil in SJ may be correct. The property on Sandy Causeway may have been a dairy farm with Michael living there at least part time or during the day running the place.


Without further research there is no direct proof of this but it certainly is something to start with.

There are multiple ruins there. 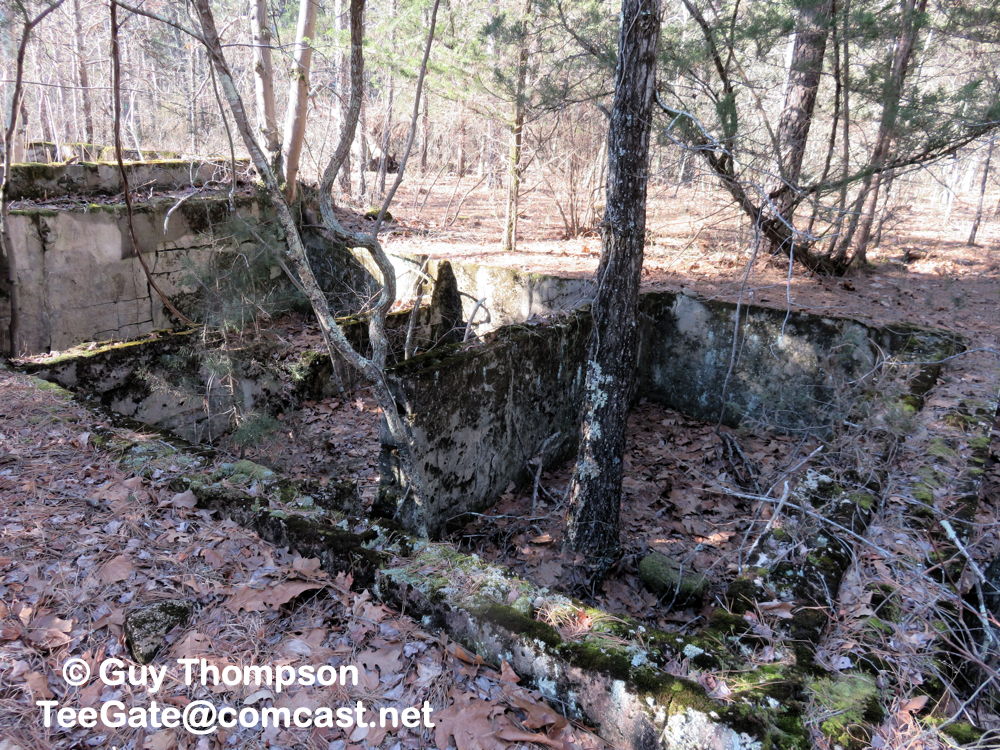 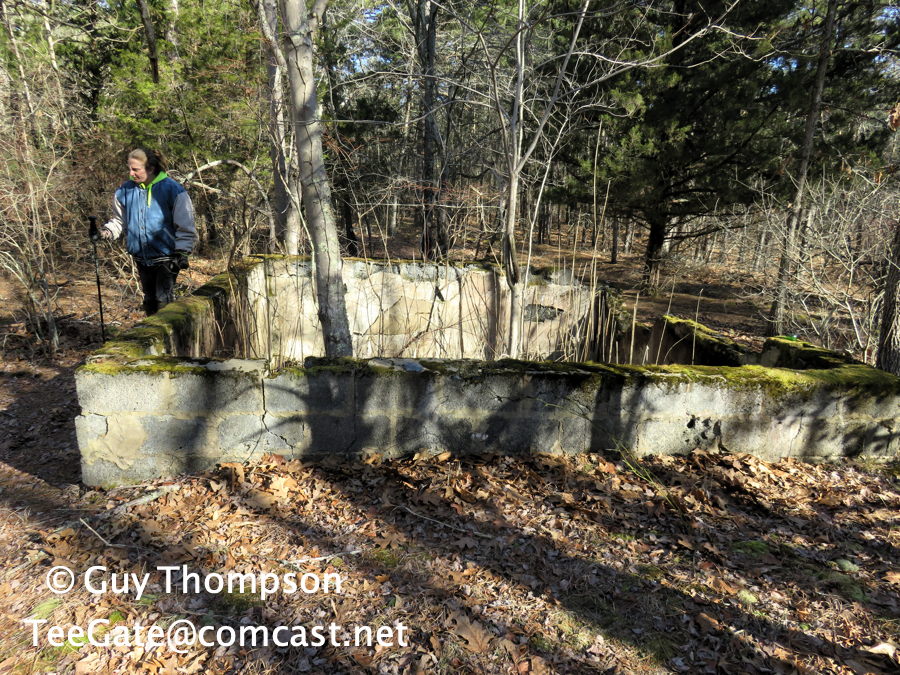 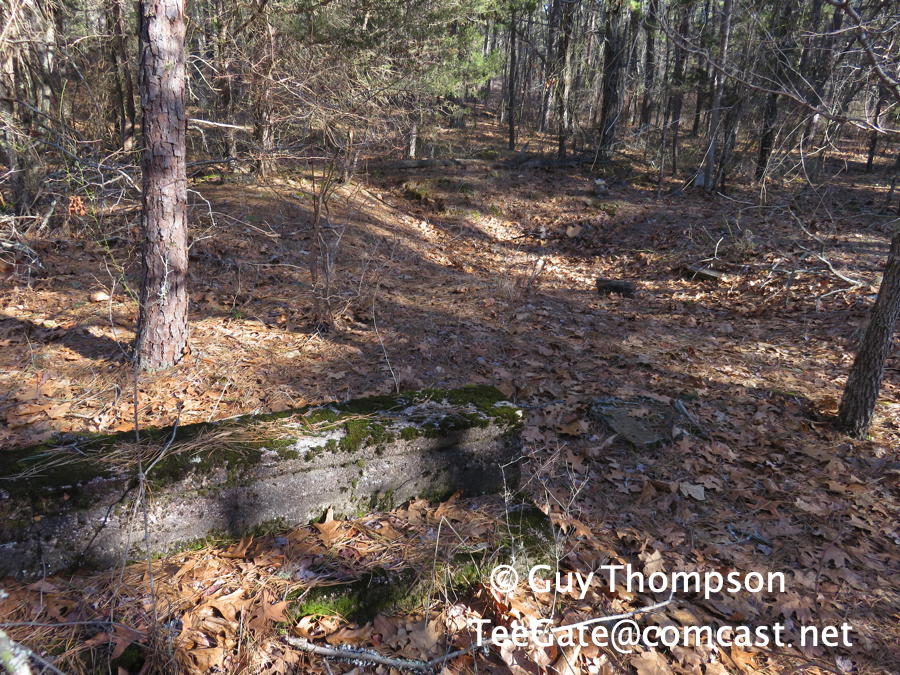 This is the small square foundation Neil in NJ mentioned. I was thinking this may have held water.

Thanks for nailing down the location. I often wondered about Chewtown's placement and its connection to two other locations with a similar name. It confused me for a while. First is Chew or the Chew Place in Hammonton on Chew Road below the Holy Sepulchre Cemetery. Up the Hammonton Chew Road was Cains Tavern where Chew Road crossed Old Forks Road on the Atlantic County side of the county line. The other place is Chewville, now known as Piney Hollow.

Since topozone no longer exists, the red triangle indicates the location that @wolfspider05 linked to above (hope I got this right

). Is the benchmark to the West one of the monuments you mentioned? 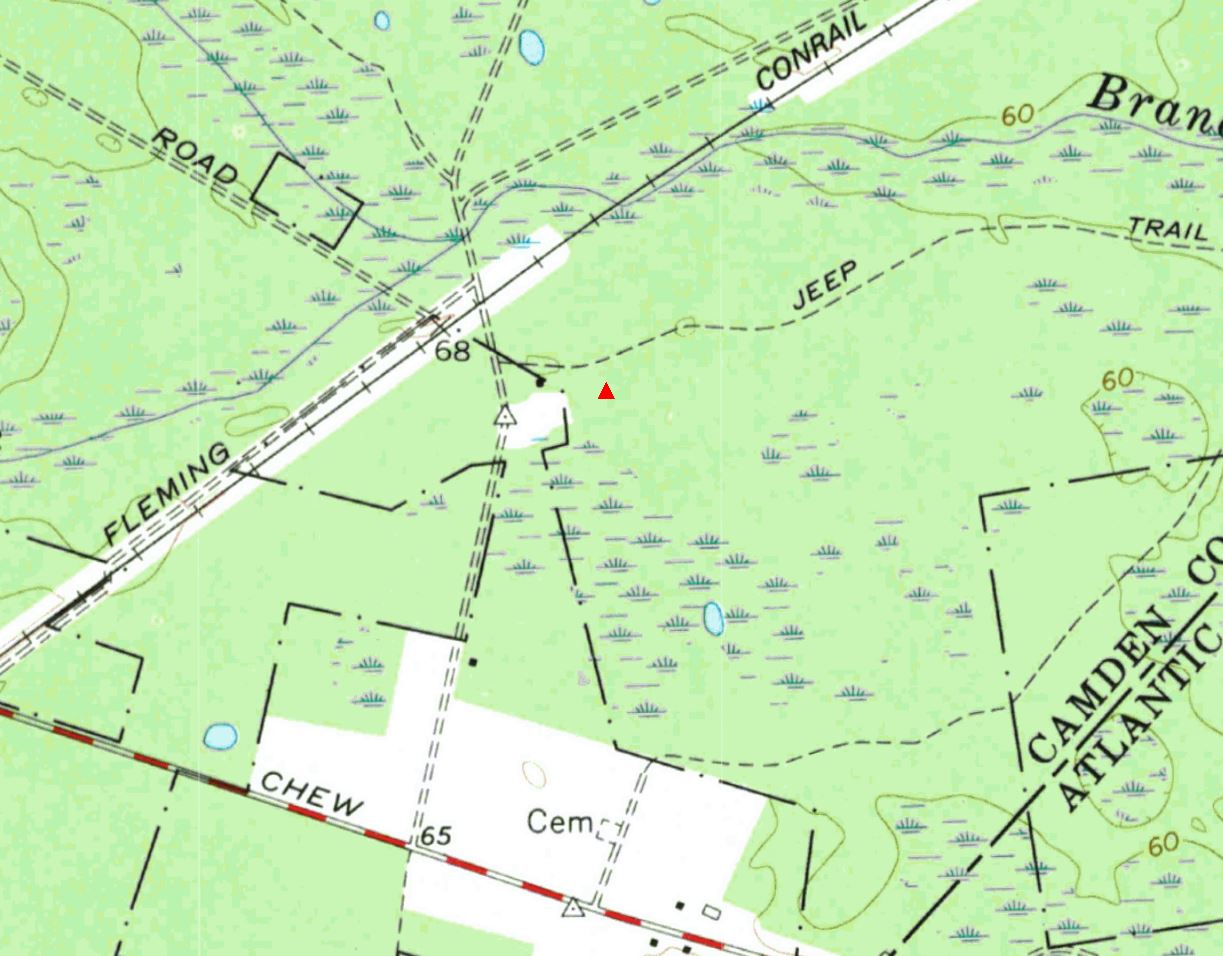 Here it is on my Map of the Pines HD. Is that historic building to the West one of the foundations?

Looks like multiple foundations are visible in my LIDAR HD map... 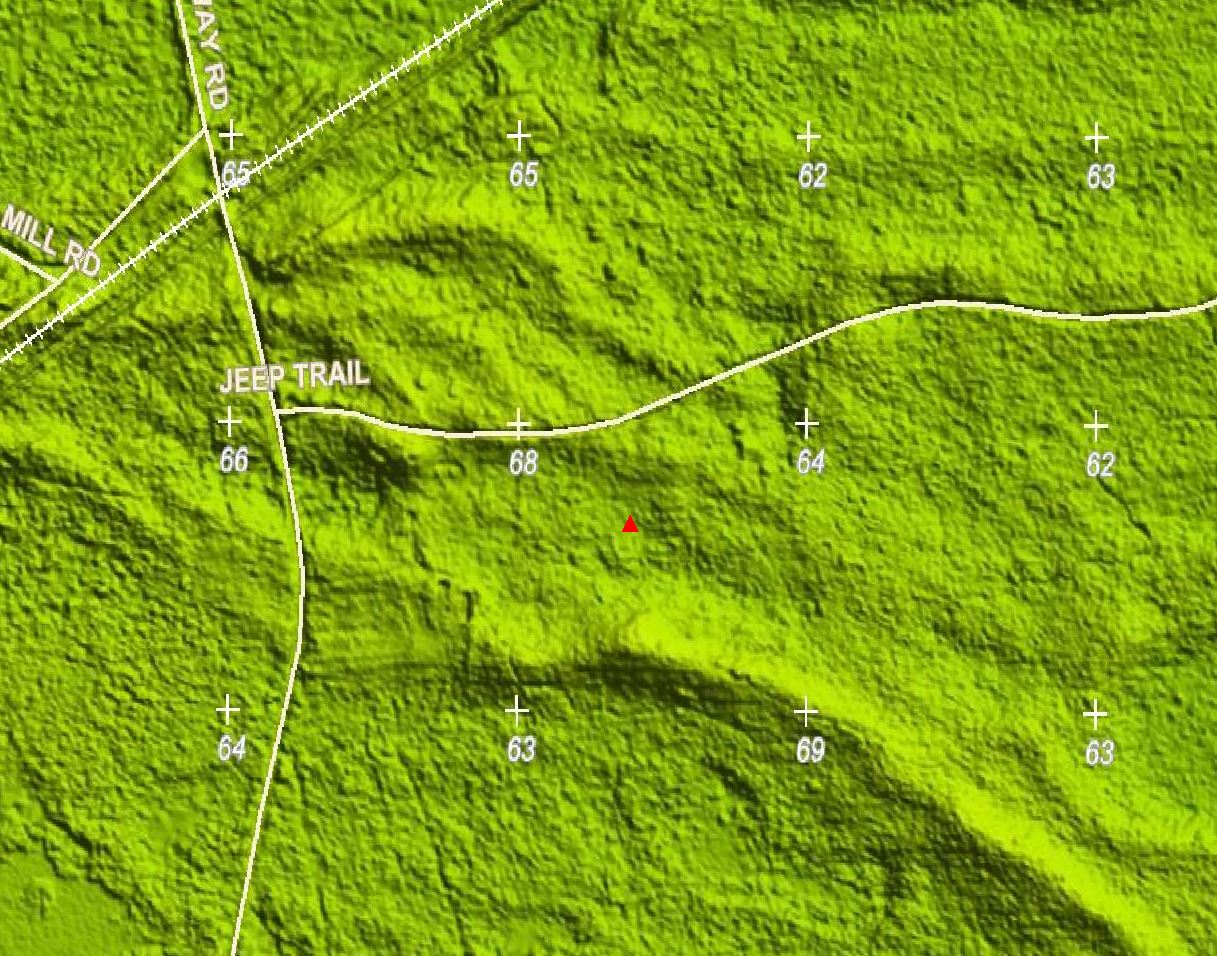 If you think this reveals too much information, let me know and I will remove the images.

Yes, it is right at the curve. The driveway to the place can still be noticed along the road but it now ends because of growth. The house he lived in is shown on the Geodetic Survey to be 150 feet from the road, so most of the ruins in the back were not his house, most likely the business portion of it if that is correct.
Reactions: Boyd 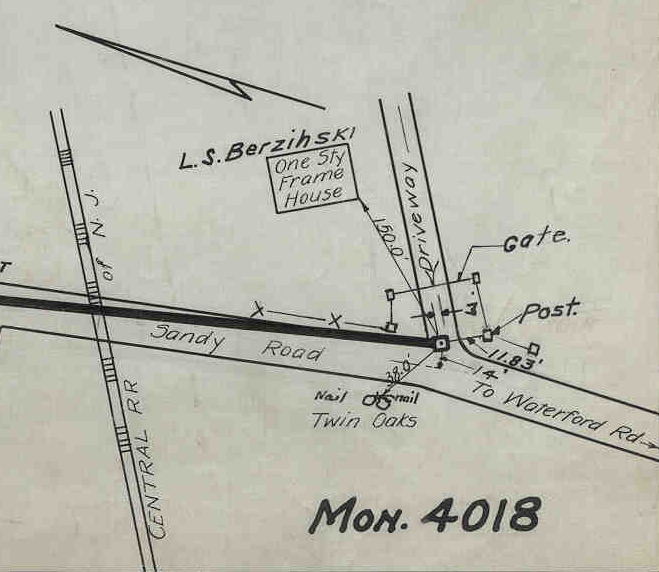 BTW, if you don't have a decent vehicle don't drive along the tracks in that area unless the ground is frozen. 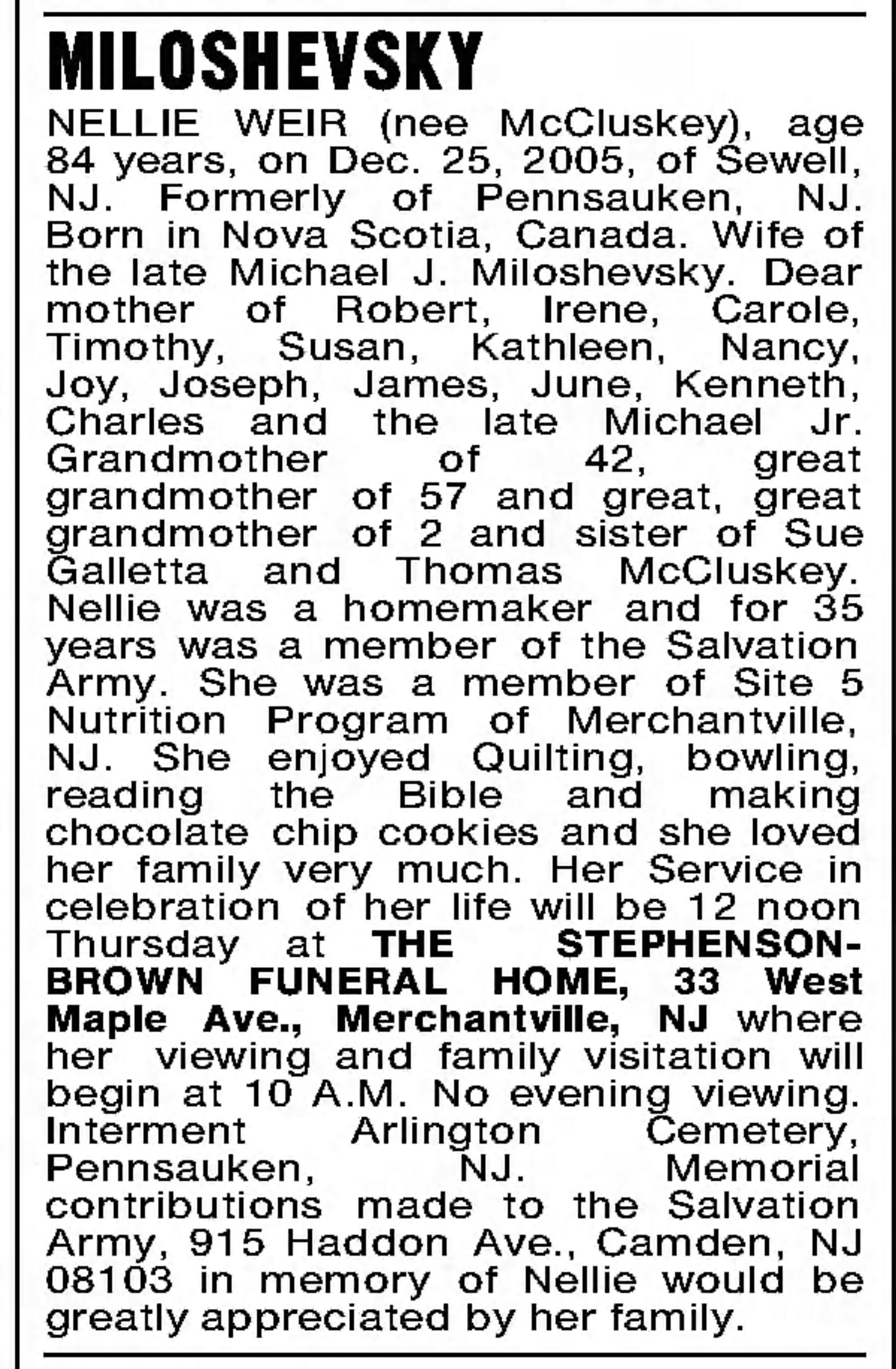 I have worked with a Jimmy, Joe and Chucky and they had a brother named Timmy. Hmmmm