Boyd said:
I see those ditches all over the pines and have always assumed the purpose is to drain low spots in the road.
Click to expand...

You're probably right. I assumed they were borrow pits, dug to spare the expense of bringing in outside material for fill to be used for road repairs. Hadn't noticed them before today, but I also wasn't really looking.

Surprised you have never noticed, they are really all over the pines but often overgrown or flooded so they may not be obvious.

Zach McGarvey said:
You're probably right. I assumed they were borrow pits, dug to spare the expense of bringing in outside material for fill to be used for road repairs. Hadn't noticed them before today, but I also wasn't really looking.
Click to expand...

They are not allowed to use the local dirt for road repairs. They are as mentioned, drainage.
Reactions: Broke Jeep Joe and Boyd

Zach McGarvey said:
Did a little exploring this morning in the area and came upon these weird ditches perpendicular to the road where it looks like dirt had been removed, maybe to repair the road surface? Located approximately here https://maps.njpinebarrens.com/#lat=39.7766837179788&lng=-74.78932902628245&z=19&type=nj2015&gpx=.

I am curious what that open area is below your pin.
Click to expand...

The open area is one of the old feed plots planted by the State. They are all over the place in Wharton and extensive "rye strips" can be found throughout the Bulltown area. I never knew if it was Parks and Forestry or Fish and Wildlife that created them or if it was a joint effort. The program died in the 70's and now most of the plots are fields of Indian Grass or are wooded.

I started hunting in 1968 with my Dad in the old Bulltown rye strips and they were lush with rye back then. Looking at Historic Aerials.com, the plots are there in 1963 but not in 1957 so it looks like an early to mid-sixties start for the program. The attached 1963 aerial taken from Historic Aerials.com shows three food plots in the general area and the one in Zach's aerial. By the late 70's, I was tooling, around all of those old haunts on a motorcycle and the plots were starting to revert to their original state by a natural succession of vegetation.

I have an interesting story about the one in Zach's aerial. I had just bought a new 1987 F-350 and I took my 1-1/2 year old son out for his first ride. We stopped in Atco to pick up my Father-in-law who loved the woods and loved to hunt. His favorite hunting spot was in the Jackson Road area so we headed there.

We turned south at the County line bridge and had only gone about a mile or so and we were stopped by a group of uniformed and plain clothes police officers standing in the middle of the road, some of them with shotguns. There were marked cars and several black Ford LTD's with little hub caps parked in the grass on the side of the road. I could also see police vehicles heading toward the rye field off to the west. They approached both sides of my truck and asked first if we had any weapons and then asked what we were doing. I said we were woods riding in my new truck. They weren't very pleasant and asked us to get out of the truck and then asked if I objected to a search. I didn't object and I actually had to take my son out of the truck AND remove the car seat that was belted into the front seat so they could flip the seat back. (It was a regular cab truck.)

After finding nothing, one of the plain clothes officers told us that they were investigating a marijuana growing operation in the rye plot. He asked us to turn around and leave because they had information that the perps may still be in the area. We complied.

Interestingly, my son went on to become a Police Officer, perhaps due to this early pre-memory. 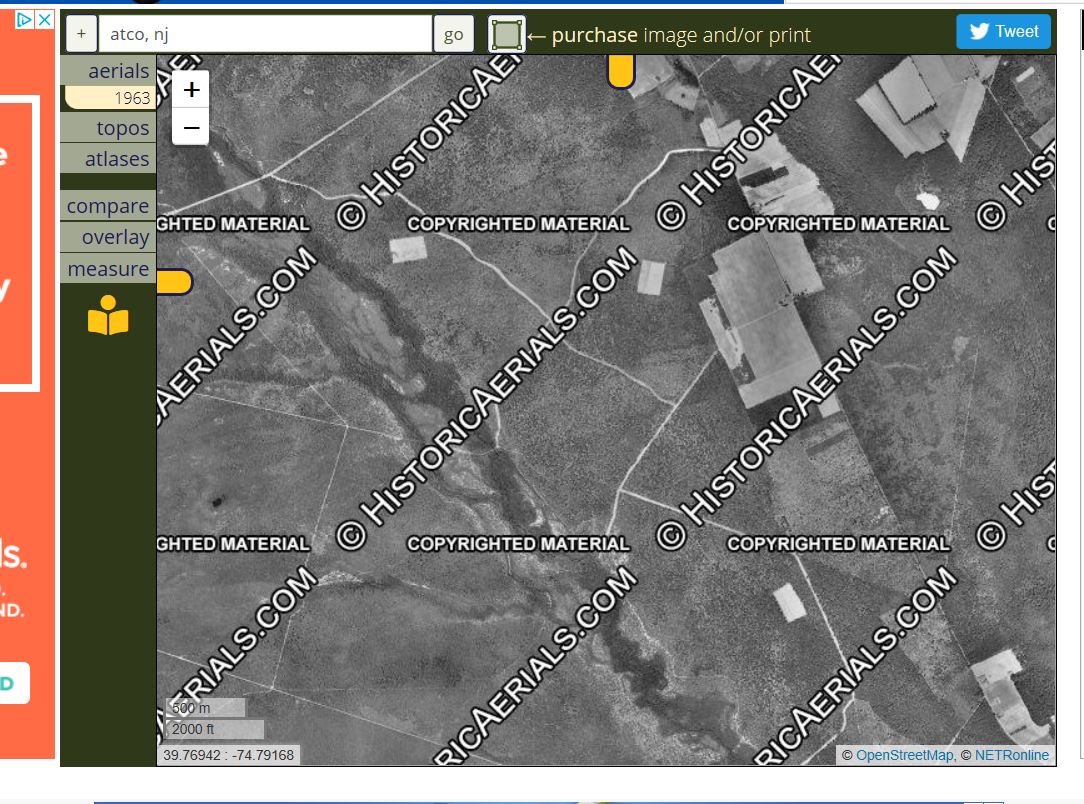 We used to hunt the fields in Lebanon, if you look at the aerials some are shaped like letters, same idea with rye grass, haven't been to them in years! Stafford Forge was like this too as I remember.

RednekF350 said:
The attached 1963 aerial taken from Historic Aerials.com shows three food plots in the general area and the one in Zach's aerial.
Click to expand...