I was looking over Google Books and noticed this from the 1913 Report of the New Jersey Commissioner of Public Roads.

Very interesting post Guy. Note that the before photo shows travel only by horse and wagon (actually it's just a guess).

This shows how hard it was to get to Atlantic City back then.

Cool find Guy! Note that they have also added utility poles for phone lines (or power?). But those photos don't really look like they were taken in the same place.


Teegate said:
This shows how hard it was to get to Atlantic City back then
Click to expand...

Well... I think it was probably very easy to get to Atlantic City by train back then. Can't do that today. And considering traffic today, it was probably also faster then. 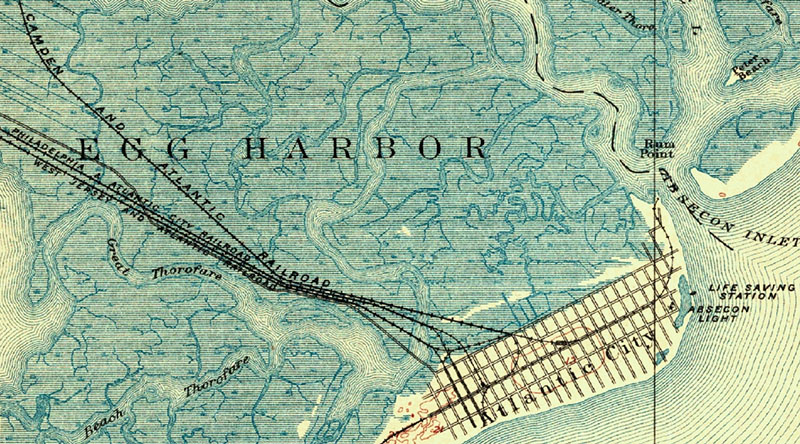 manumuskin said:
in the before pic I"d say the guy on horseback got there first
Click to expand...

And the guy on the train got there and was back home before the guy on horseback arrived.

From reading much about the Civil war trains back then aren't what they are today.It would have been a rough ride to say the least,cinders blowing in your face, Forrest ripping up the tracks and burning the bridges. Oh sorry, I guess most of that don't apply to NJ

I wonder how many people in Southern NJ had cars back in 1913? The Ford Model T was what opened up car ownership to the middle class, and it was first introduced five years earlier (1908). But I think rail travel was popular back then, and it led to all those real estate scams. Couldn't anyone just step on a train in New York or Philadelphia and ride it into the Pines?


manumuskin said:
From reading much about the Civil war trains back then aren't what they are today.It would have been a rough ride to say the least
Click to expand...

Rougher than a 100 mile round-trip from Philadelphia on a horse (including a ferry across the Delaware)?

Also, looking at the 19th century topo, I don't see any automotive bridges to cross the Delaware River at Philadelphia, but there was a railroad bridge. 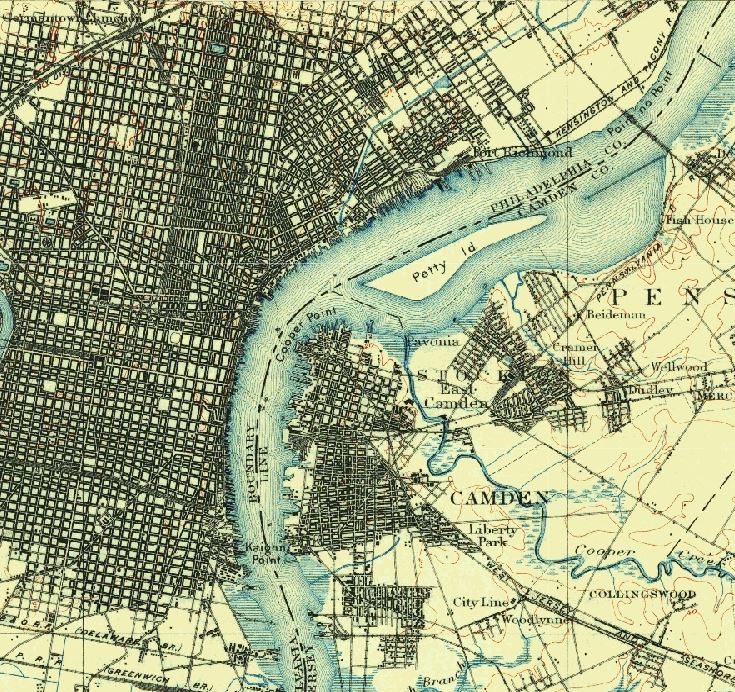 Being I was not around in 1913 or in 1863 I can't say for sure how rough the trains were but in Civil War diaries the soldiers gripe about how uncomfortable the trains really were but this may have been from stacking them in there like cord wood.This happened to me once in the back of a five ton.We had thirty guys in the back of a truck designed to hold 13.I ended up on bottom and actually thought my arm was broke by the end of the ride.I had to be physically helped off the truck.I was screaming but no one could get off of me becauise we were all pinned in there. Anyway back to trains.The civil war soldiers were quite happy to ride as opposed to walking hundreds of miles but your left with the distinct impression it was no joy ride
Reactions: Boyd

I"d prefer to hike across the Barrens myself as long as I had no time contraints.
Reactions: bobpbx

In WALDEN, Henry David Thoreau compared taking the train to another town to just walking there. I forget the exact numbers, but he calculated that he'd have to work for something like 18 hours in order to buy a train ticket, while he could walk there and back in 12 hours.

The Ben Franklin was the first road bridge south of Trenton- it opened in 1926 and was for a short time the longest span in the world. The Delair bridge was built by the PRR in 1895/1896 and was the first rail crossing into South Jersey. Before the construction of those two there were several ferries for cars and rail. The last one (Bridgeport-Chester on US-322) only shut down when the Commodore Barry opened in 1974.

The point being, travel into and across South Jersey before the advent of our current bridge and highway system was slow. Until the "good roads" movement of the early 1900s, road improvement wasn't even agreed by all to be a good reason to levy taxes or a worthy project to spend them on. Where I live in Gloucester County near the river, there are plenty of pre-revolution roadside inns all over, especially up and down King's Highway. In those days, before rail, everything moved at the pace of horse and wagon, and to reach Salem or Bridgeton from Philadelphia was a two-day trek, necessitating overnight lodging. A well preserved example just down the road from here- now a private residence, but still worth checking out: http://www.nj.searchroots.com/EG/deathoffox.htm
Reactions: Broke Jeep Joe, Jon Holcombe, manumuskin and 1 other person