Cougar in the Pines?

Don't know about cougars, but panthers do exist here and are listed as an endangered species, I believe. They are on one of the money-producing non-profit special license plates, of which I have one. Money raised from them (I believe it's $25 per year) goes toward environmental causes. It is one of the most popular special plates, possibly second only to the manatee. If any questions on this subject, I should be able to research it for you.
Click to expand...

Yep! Them's "Florida cougars" (or "painters","panthers", "catamounts", "long-tailed cats", "pumas", and "mountain lions" as well). Some wildlife biologists like to promote the idea that they have been geographically isolated from the main continental population of cougars long enough to have gained subspecies status. Let's see... 150 years? 250 at most? Hardly enough for subspecific differentiation. The few "pure" (if such still exist) "Florida panthers" are sufficiently inbred to be discernible from the rest of the continental population on the basis of DNA - but only as inbreds, not as a separate species or subspecies.

Hell, every critter that lives on a vacant lot that's about to be turned into a parking lot is a member of an "endangered subpopulation"

The Florida cougars / panthers are no more "different subspecies" than are the various culturally and/or geographically isolated small human populations that have undergone inbreeding (similarly determinable by DNA analysis).

Another vaunted endangered "subspecies" is the so-called "Attwater's" prairie chicken. They are, in my (ever-so-humble) opinion, just remnants of the formerly extensive central Great Plains population of prairie chickens that persist in two woefully isolated micropopulations on the Texas coastal plain ever since habitat loss and destruction drove the rest of the prairie chicken population well north of Texas within the past century. As federal research funds dwindle, I'd not be surprised to hear a cry for increased funding for preservation of the "Eastern Atwatter's" prairie chicken ... or the "Western" one ... whatever.

O.K. Once again I out myself as an inveterate "lumper". So be it. Google these "species" and you'll find a plethora of arguments counter to mine. But go to the primary sources of the literature and you'll find researchers whose livelihoods are dependent upon the "survival" of these "endangered" populations. Just because some creature is demonstrably the product of a shallow, slowly drying bayou of the gene pool, doesn't, ipso facto, qualify it as a new species or even subspecies.

None of the above is meant to denegrate the heroic - and often woefully inadequate - efforts being made to preserve and promote the recovery of truly endangered and threatened species as wild, self-sustaining populations. Our earth's most significant resource is, in fact, what remains of its biological diversity. Expending efforts on so-called "preservation" of remnant, isolated, subpopulations with a high coefficient of inbreeding -and local economic significance as a tourist draw... - is an unwarranted wastage of efforts better directed toward preservation and recovery of truly endangered species.

uuglypher said:
Expending efforts on so-called "preservation" of remnant, isolated...(areas with)...local economic significance as a tourist draw... - is an unwarranted wastage of efforts better directed toward preservation and recovery of truly endangered species.
Click to expand...

You are speaking of New Orleans, right?

BobM said:
You are speaking of New Orleans, right?
Click to expand...

Well now, that hadn't occurred to me;...but you may just have a point!

A woman is claiming she was stalked by a cougar in by Seaview Ave in Galloway this week. If not familiar with this area, Seaview Ave borders county hunting land that is also popular with mountain bikers. One of my mountain biking buddies does a lot of the trail maintenance there and is part of the facebook group mentioned in the article. There was a follow post up by someone else claiming a paw print was found also. 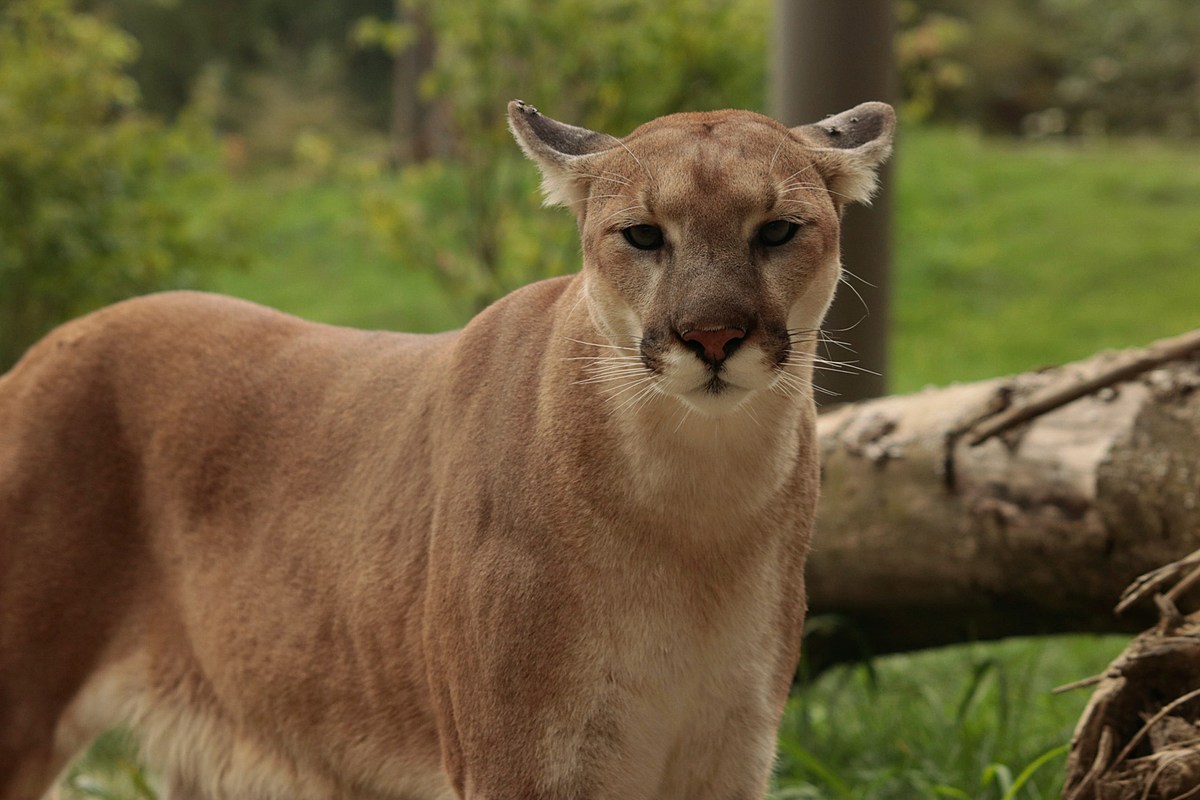 Is there a cougar on the prowl in the Galloway Township area?

If she had it on her cell phone, I'd considered an escapee. Because it happened so fast that she could not photograph it, I have doubts.

I seen a cougar on the Mullica back in 78.I was 14 and canoeing with my cousin

manumuskin said:
I seen a cougar on the Mullica back in 78.I was 14 and canoeing with my cousin
Click to expand...

Blonde or Brunette?
Reactions: NJChileHead, manumuskin, piker56 and 3 others

I doubted that we had black bears in the pines until we had one in our back yards last year. Now it's cougars too? Ya never know.
Reactions: c1nj