I was talking with a fire service employee today around 10:30 and we were listening to the reports about this on his radio. Multiple towers reported this when they were first manned this morning at 10AM. It appeared then it was along the Mullica but they were having trouble narrowing the location 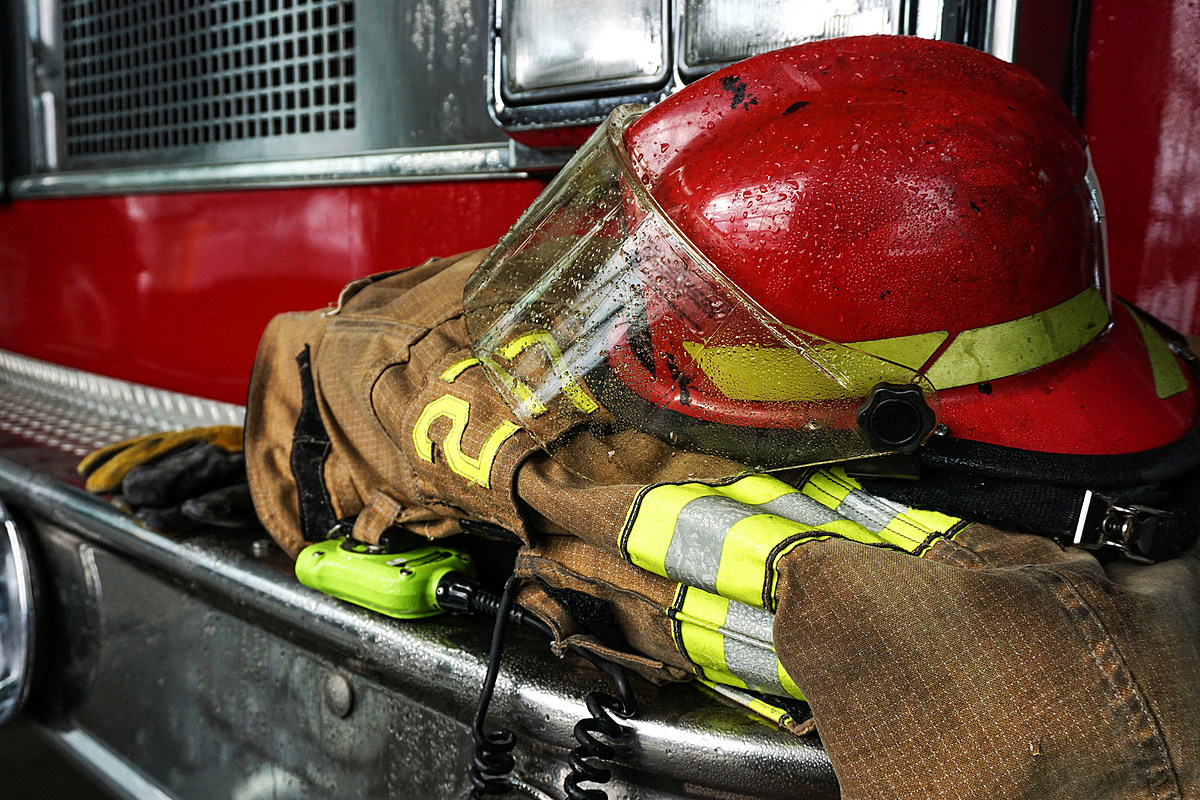 Crews are battling a wildfire in a remote section of Wharton State Forest in western Washington Township, Burlington County, along the Mullica River.

Hope it's not as windy there, as it's been at my place all day.

Jessica read recently it was zero contained. I suspect they are using back fires and letting it burn. It should be interesting to know.

Using two photos I see on Facebook, I ran a line across known points and they intersect right along the JCRR about here.

This makes me believe it was not started by a kayak and most likely was started along the JCRR or Railroad Ave. Remember, I am just using photos online. The fire could have traveled from the river by the time the photos were taken.

It is now threatening Paradise Lake and Beardfest has been evacuated. That is pretty far from where the fire appears to have started. If it goes that far it has to effect Millers Bog. Maybe it did start further down the Wading and not where I picked.
Reactions: Boyd

Thats in that monster 1982 fire area.That was burnt to the ground back then.a desert for quite some time. Thick as dog hair in there now.Might be about to get opened up again

Drove around the perimeter of Atsion Lake today. The FFS helicopter was in the grass field across the parking lot from the mansion with the red water bag attached to it. Drove from 206 to Washington Turnpike via Quaker Bridge Rd then came back up through high crossing to Carranza. From there drove back to Forked River via White horse Rd to 532. Saw smoke coming south on 206 after Mighty Joes, but didn't see or smell anything in the woods
Reactions: dragoncjo and Teegate

Looks like it is expanding. Even Batsto is now closed. Officials say the fire has burned at least 2,100 acres in Washington, Shamong, Hammonton & Mullica townships. Several nearby roads are closed due to the fire.

I was driving down Atsion Road yesterday along the lake and saw the helicopter taking water out of the lake.
Reactions: Teegate

I camped at Lower Forge over the weekend, as we were leaving via Quaker Bridge Rd three brush trucks and a ranger were rushing in, we knew something was up but had no idea it would be this big in scope. It's a good thing my friend pushed us to leave early in the morning because of a Father Day's family lunch he had to go to our we might have found ourselves stuck at Lower Forge, I'm sure they would have gotten us out of there but probably would have had to leave all our vehicles (parked at a spot off Bulldozed Rd) and gear behind until the fire was put out.

I can tell you that as soon as we woke up on Saturday morning it was high winds all day into the night setting the conditions for the fire.
Last edited: Jun 20, 2022
Reactions: Teegate

The National Weather Service forecast for my area actually says "areas of smoke". Never saw that in a forecast before...

I figured it was along the parkway or Bass River. We could see and smell a lot of smoke all the way down on the boardwalk in Ocean City last night. We were parked in the 6th Street lot by the high school and when we got back to the car around 9 the smoke was really thick in all the street lights until close to where we got on the parkway. This is going to be a big one. At least the wind died down but there’s no real good chance of rain until next Monday and even that’s only a 59% chance.
Reactions: Teegate
R

This is a good link to follow the fire:

Up to 7,200 acres
Reactions: Teegate and Boyd

Check out this ABC report. Very frightening but it looks like 206 is holding as a good firebreak. Dutchtown residents are surrounded in this video and must be shaking in their boots. 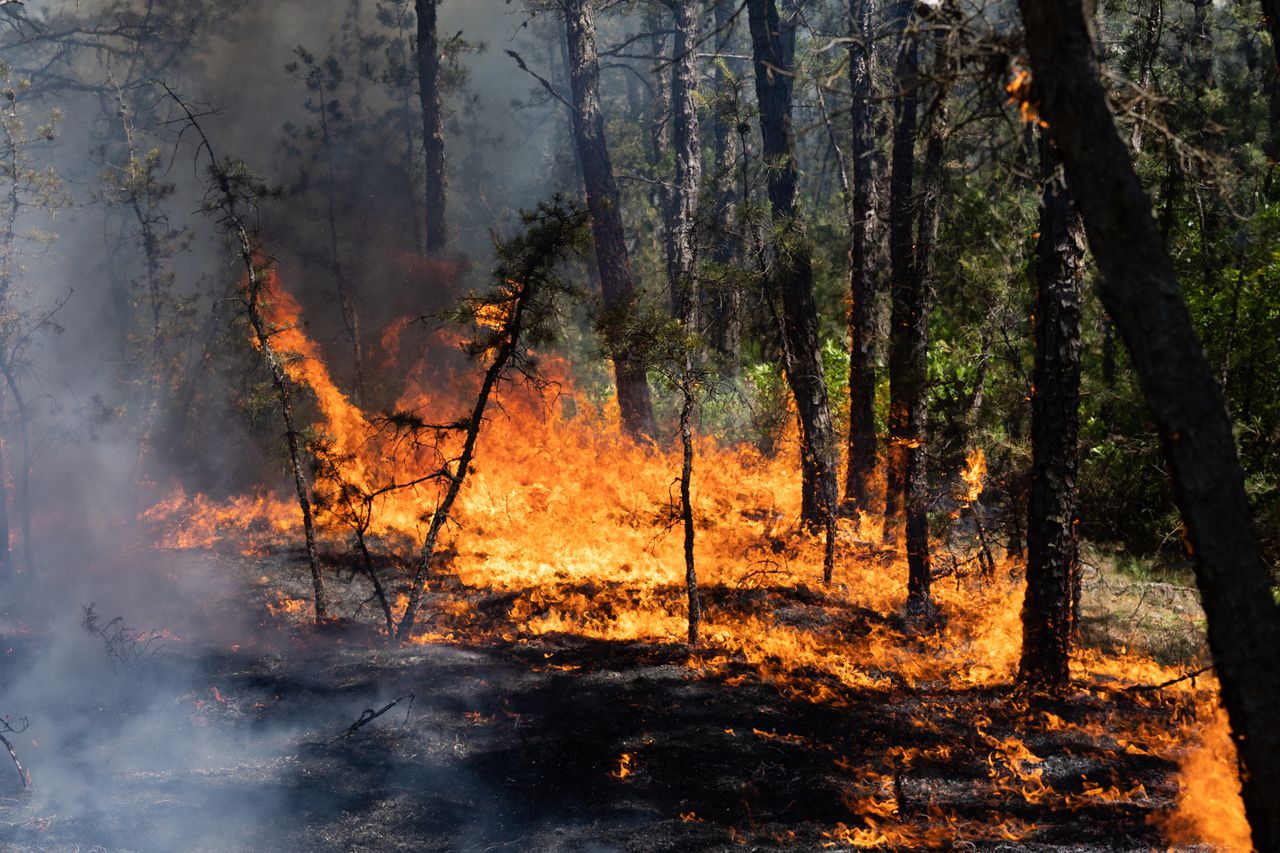 Massive wildfire spreads to more than 2,000 acres of N.J. forest

The fire was burning through the night at Wharton State Forest, according to the forest fire service.

What I don't understand is that the winds were hard northwest all weekend buy it seems that the fire advanced to the west ??
Reactions: Teegate

It looks like, in your link Scott, that somebody just drove down 206 and was somehow starting fires as they drove?

bobpbx said:
It looks like, in your link Scott, that somebody just drove down 206 and was somehow starting fires as they drove?
Click to expand...

Perhaps backfires being set today ? They closed Paradise Lakes yesterday though because of imminent fire.
When I turned onto Chew today I have never seen so many vehicles traveling on it at once. The 206 detour to get back to 206 Northbound has to be good for at least a 45 minute delay.
Reactions: Teegate and bobpbx

bobpbx said:
It looks like, in your link Scott, that somebody just drove down 206 and was somehow starting fires as they drove?
Click to expand...