A light trip, knowing that all of us are older, and fatter, and maybe like me afflicted with arthritis. We need to see if we can still move about, eh? Plus, it will be good to see each other again. Just about 3 miles, with some detours along the way, in true piney land NE of the Capital of the Pines.

On this hike were the following:

It has been a few years between hikes because of reasons concerning health, covid, work and injuries. So we made this a short one with intentions of having more in the future. At 9:15 this morning we all met on 532 between Chatsworth and Route 72 at the sand pit near the chemical dump. This shows our planned route and we pretty much followed it. 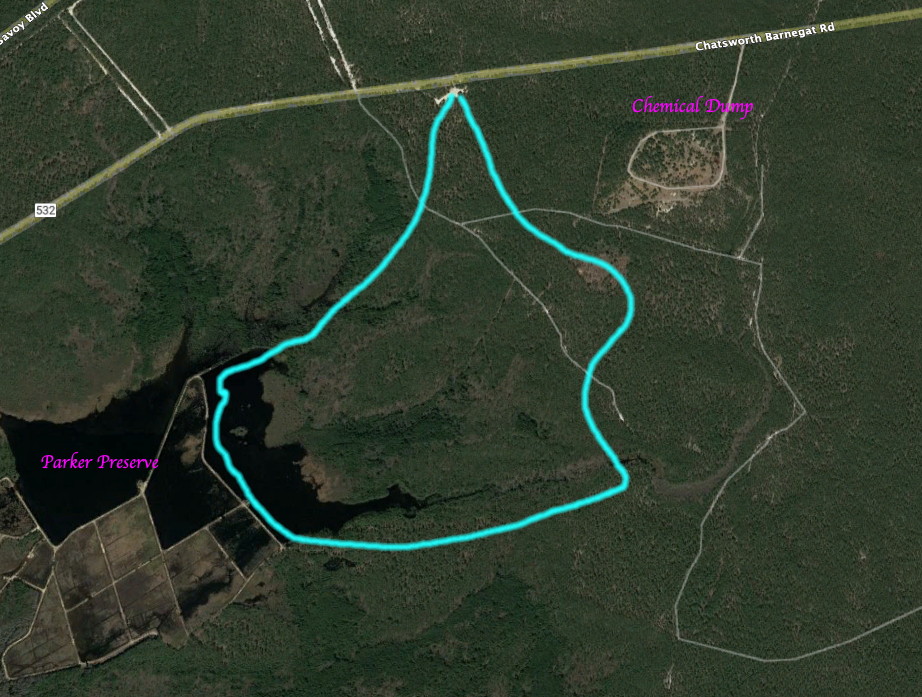 We traveled CCW and so the first portion would be the wettest. 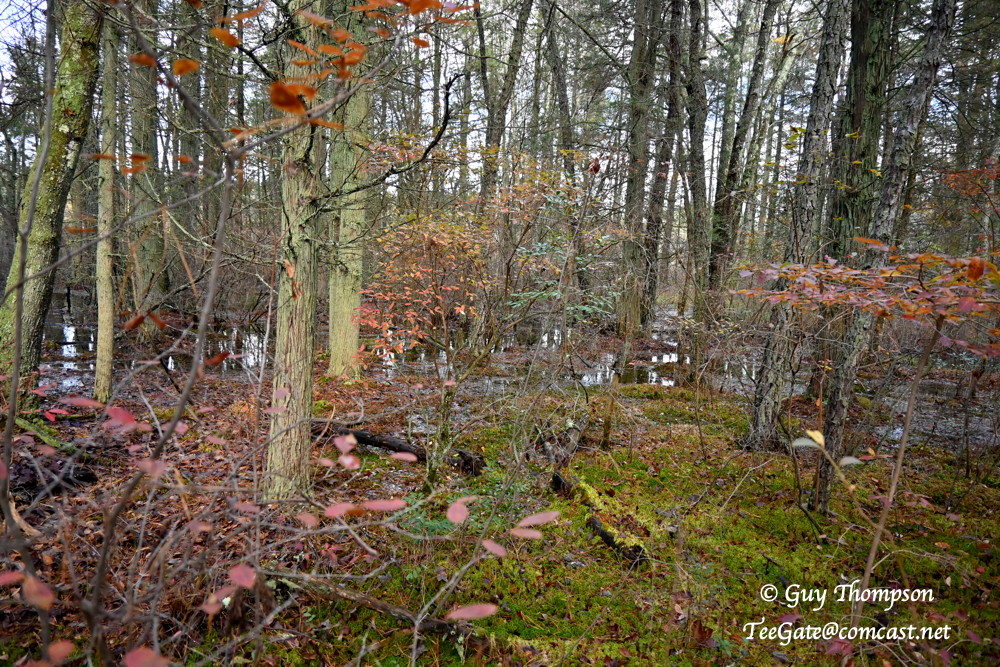 The beavers have destroyed the plant habitat and are starting to destroy all of the cedars. They are out of control. 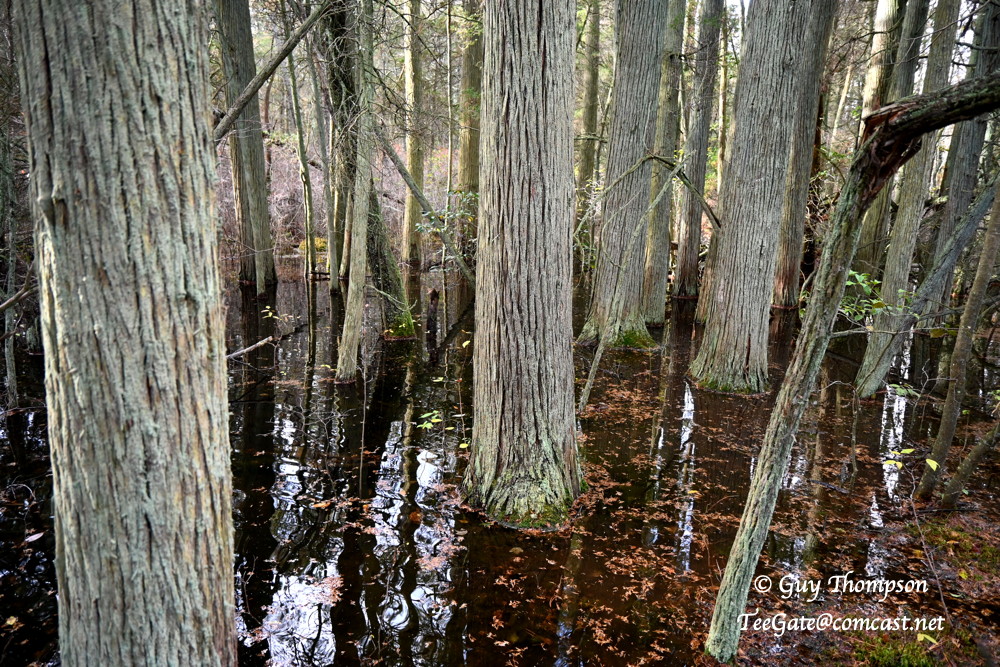 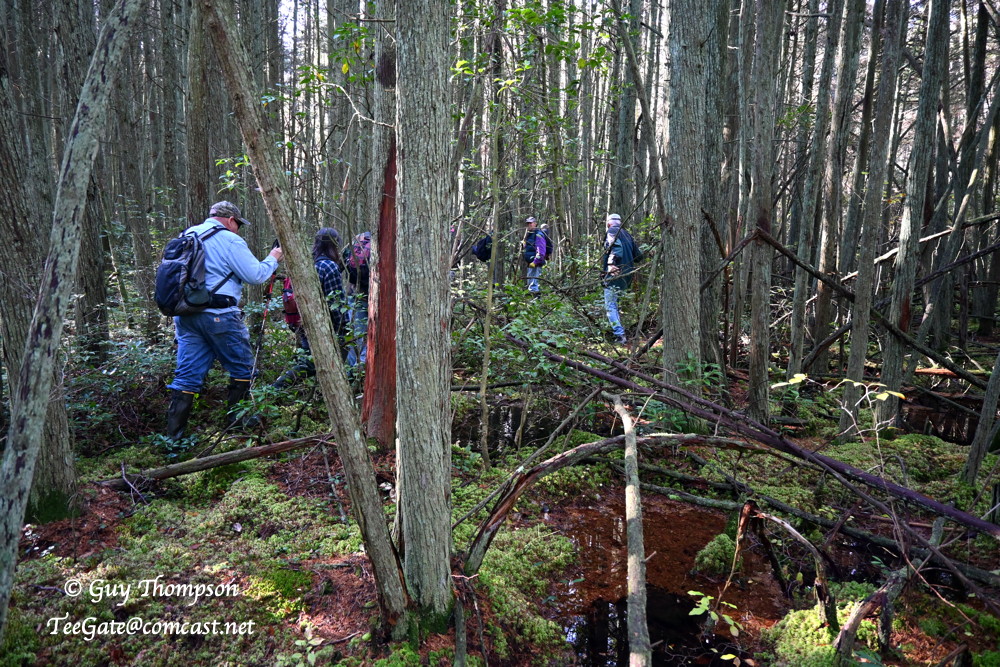 However, we did find some nice upland area's that were easy traveling. 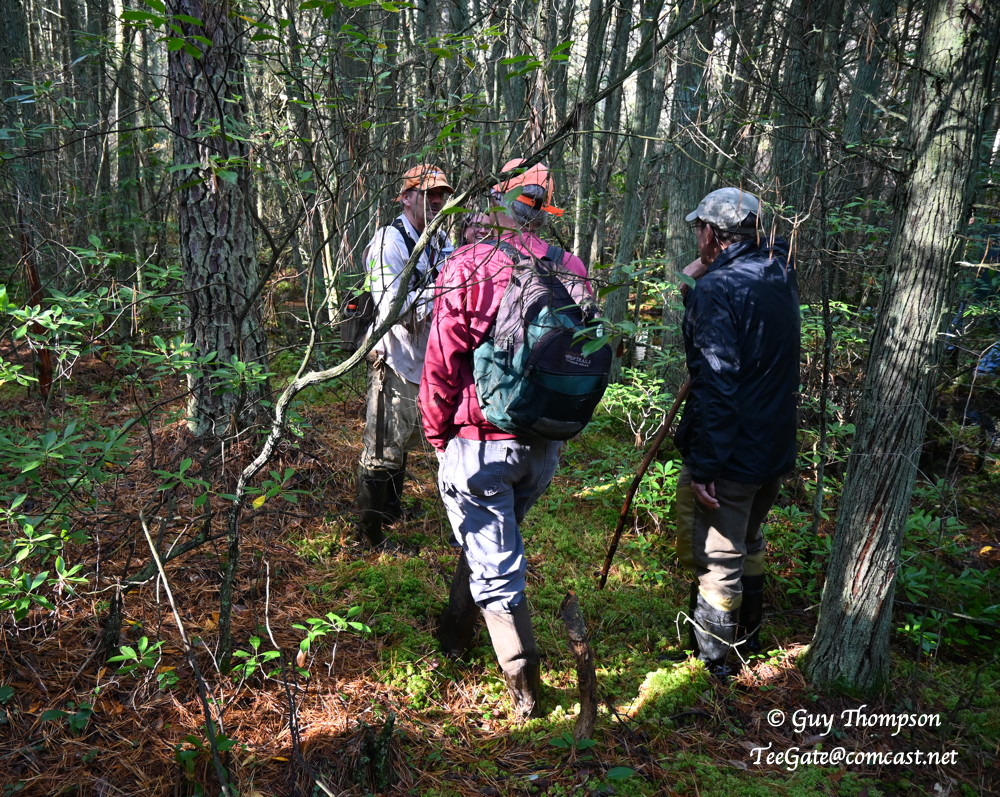 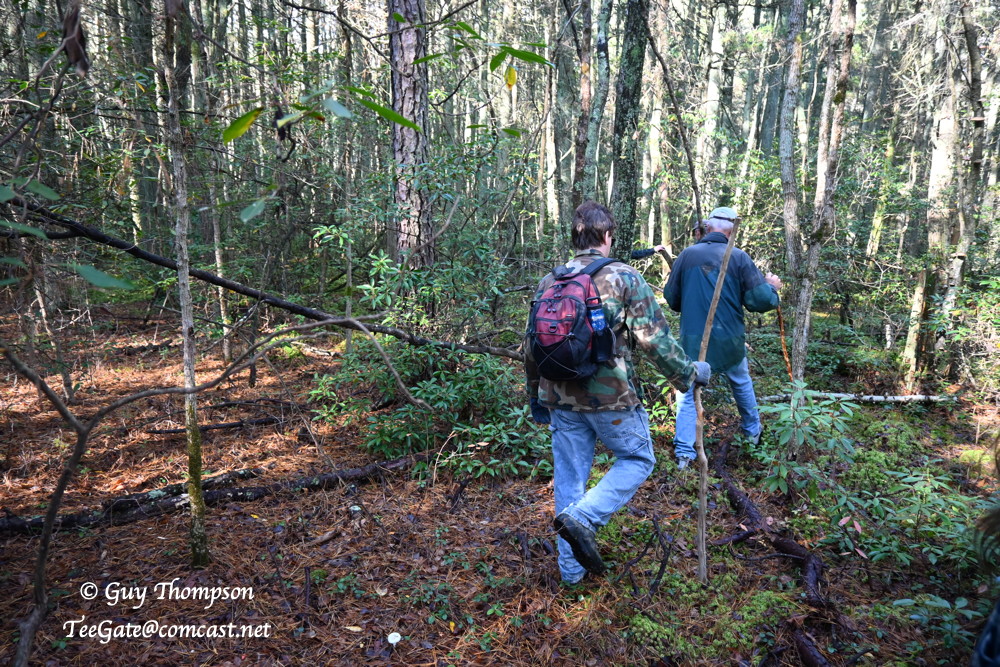 And we also were in area's that the cedar was not flooded. 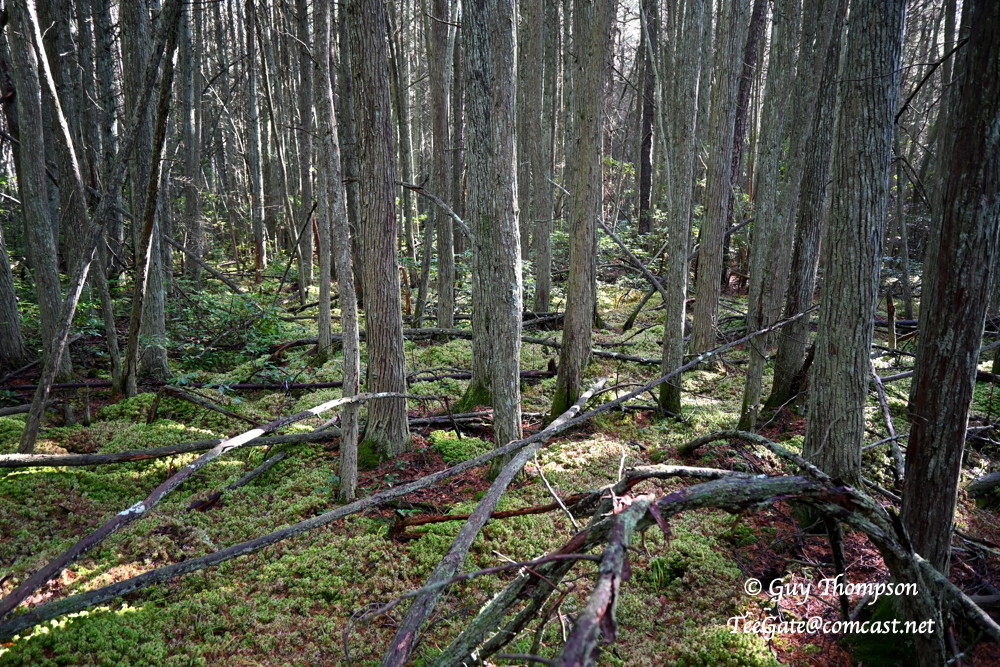 Crossing the Governor's Hill Brook was a challenge. And finally we arrived at the far back of the reservoir of the Parker Preserve. 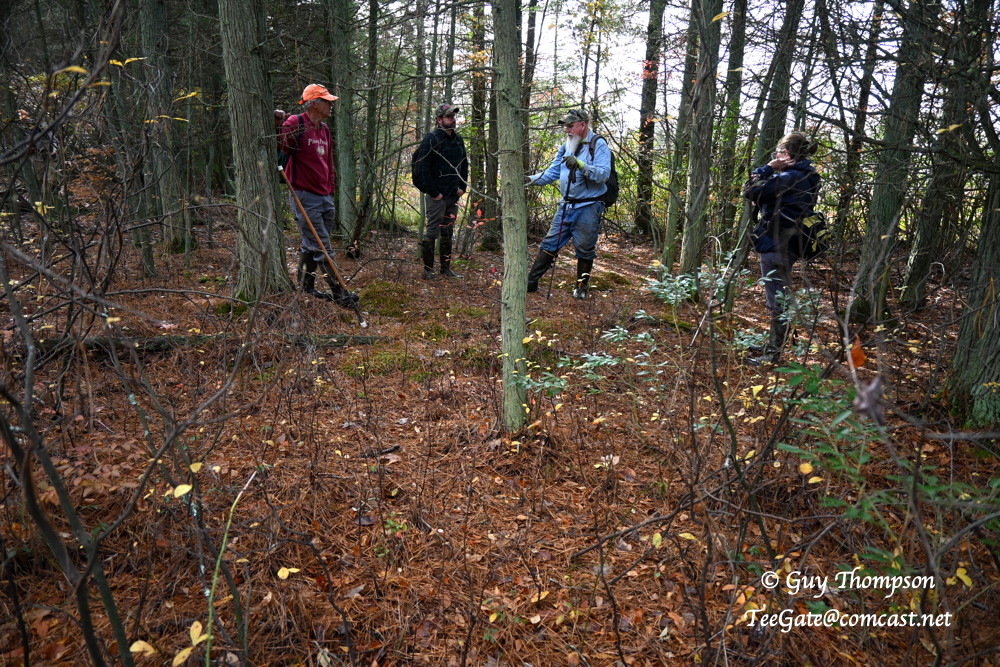 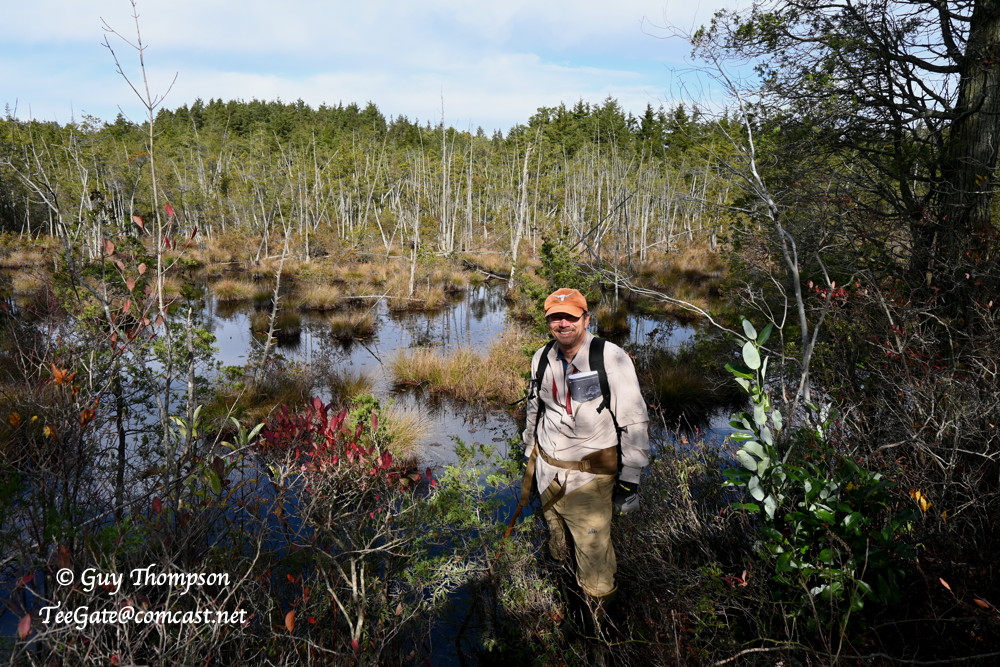 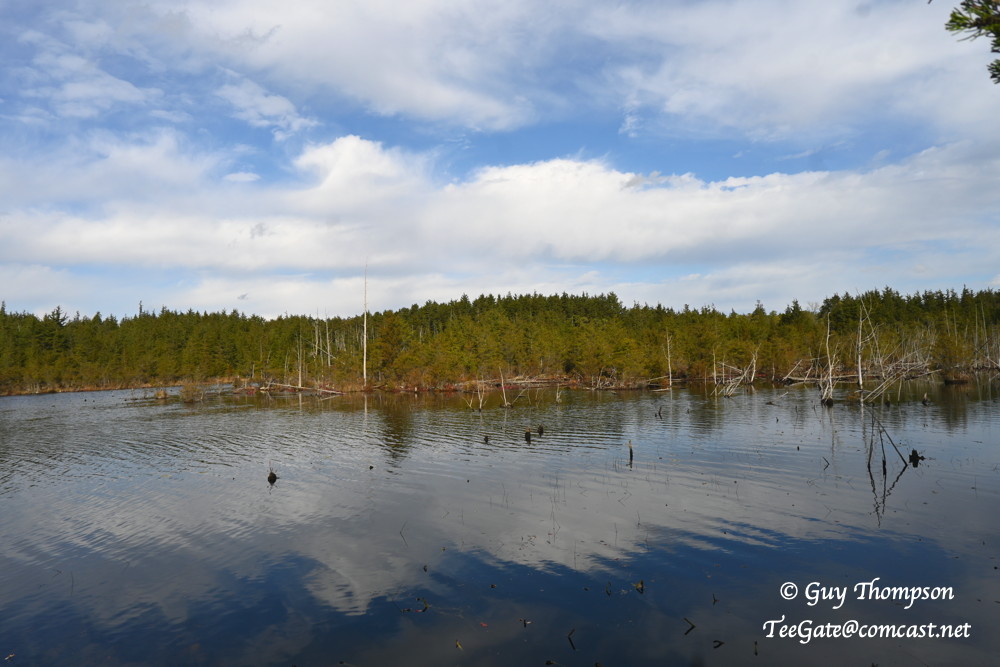 Then lunch in the far back of the property and a visit to the largest property stone in the area. This stone is described as a "Large stone with a cross in the top" on old deeds, and was at one time the property corner of Jonathan Godfrey's property as well as Beers Reality. We have pretty much determined the cross in the top is where holes were drilled in the stone for removal from it's original location. They also can be viewed on the side in the back as well. And our last stop was this area which Bob calls "Holiday Grove." 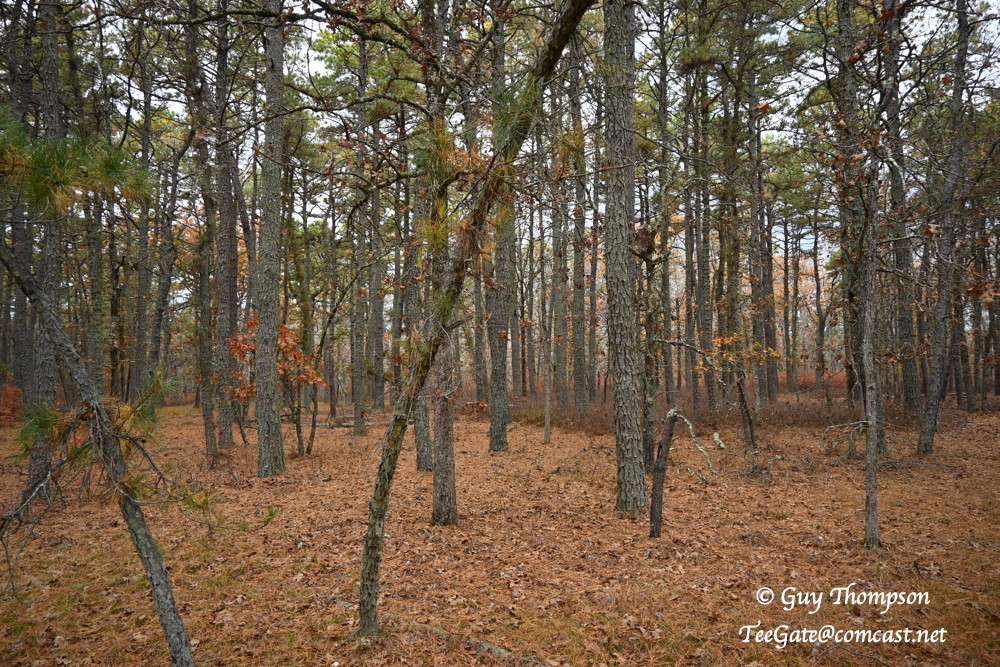 I have a video of Scott and Jessica crossing the stream but the sun turned portions of it blue. I will decide if I will post it or not. To be honest, I now have thousands of subscribers from around the world looking at my video's and a small percentage of them can really be critical of what they see. Sometimes it is just not worth dealing with that.
Last edited: Nov 13, 2021
Reactions: oji, turtle, Bog Mermaid and 9 others And yes, when I created the waypoint for Holiday Grove I was off, but I'm glad we got to see it when we finally did.
Reactions: RednekF350 and Menantico

bobpbx said:
And yes, when I created the waypoint for Holiday Grove I was off, but I'm glad we got to see it when we finally did.
Click to expand...

Looking at the aerials you can't really see that this particular area is different than the surrounding woods.

Glad to see and read that PBX is active again. Guy, don't pay attention to negative criticism about the photos, nobody is forcing them to look at them. This is about an actual hike, not a professional photoshoot!
Reactions: turtle, The Wick, Teegate and 1 other person

1Jerseydevil said:
Glad to see and read that PBX is active again. Guy, don't pay attention to negative criticism about the photos, nobody is forcing them to look at them. This is about an actual hike, not a professional photoshoot!
Click to expand...

The video has some issues because of the sun. I should have maneuvered myself around so that I was at a different angle. However, I was just trying to keep myself from falling in. I had already fallen in once. Anyway, I will get the video set up and uploaded. Scott does a good job getting across. Jessica had just about fully crossed but I did not get the video going in time.

Here is the video.

I remember when I found that stone.I was approaching from the south and was looking for a much smaller stone.There was a cedar tree between me and the stone and I had my eyes to the ground and stepped around the cedar tree and almost walked into that big thing before i seen it.

This the most spiritually refreshing hike the PBX group has ever had, in my not so humble opinion.
We have not been together as a group since October 2019 and I have have sorely missed the camaraderie, jocularity and the education that I have received on every single hike in which I have participated since 2005. That is when I met this group of pine woods-loving people and became a regular participant.

Yesterday was the perfect weather day for the hike and we skirted the far eastern edge of the front that came through in the afternoon. As always, we ended the day with a gathering of friends and stories. I am hopeful that we can keep this going for another 20 years !!!

Thank you Bob and Guy for the planning !

By the way, the first picture of Bob was not staged. It shows how genuinely happy he was to lead his group through this hike.

Nice photos and sentiments Scott! Like you said, it was one for the record books. Not very often do we get such a high rating by the participants. 4 scores of 10, and 3 gave it a 9. We were like chattering magpies, everyone contributing to the conversation as we sallied forth. Geez, imagine if it was sunny all day!
Reactions: Bog Mermaid, RednekF350 and Menantico

Scott, that fungi in your photo. I wonder if this is it. 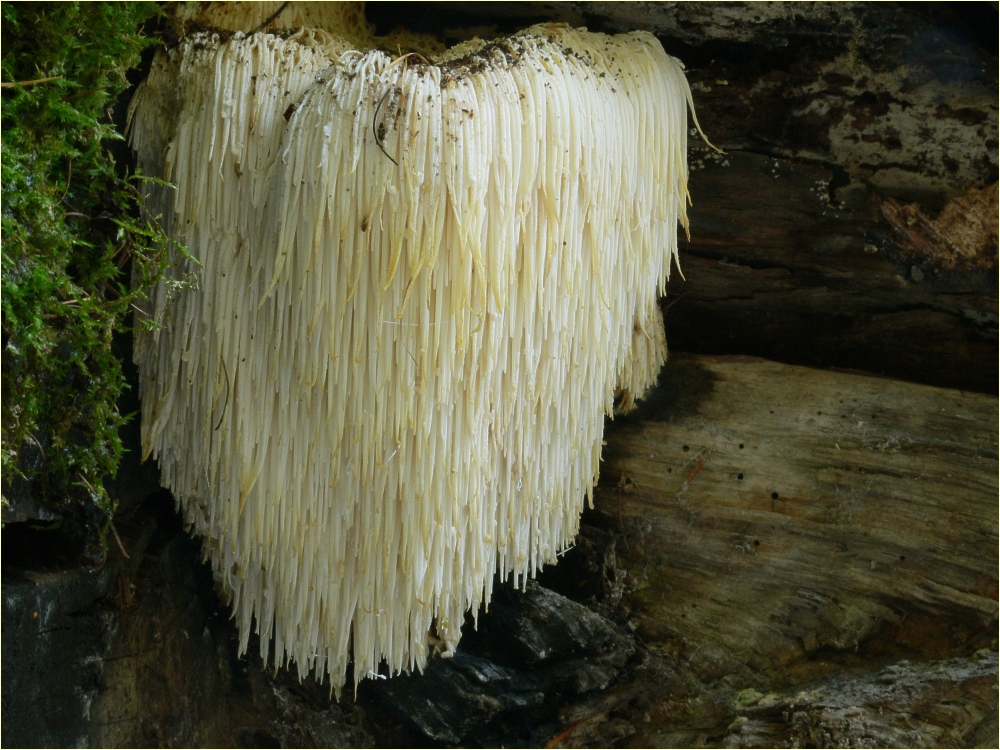 It was a great time as usual and fantastic to catch up and see everyone again. Looking forward to the next one!

bobpbx said:
Scott, that fungi in your photo. I wonder if this is it.

Yes Bob, for sure. Monica and I stopped to photograph it and we both concluded Lion's Mane based on the visual only. Neither of us are fungus experts.
The Lion's Mane is supoosed to taste like lobster ! I wish I was more confident in edible fungus ID but the potentially fatal consequences of a mistake keep me away from pursuing it further.

This year I was very tempted to eat what I was 95% certain were Honey Mushrooms because of their appearance and presence at the base of dead oaks. Also, a guy I know was harvesting bags full for a friend of his the same week. He said they wre safe based on photos I sent him but I passed.

I did eat the wrong species of Hen of The Woods one time which, fortunately, has no toxic look-alikes. I cut it from my backyard from the base of an oak in August a few years ago and later found out that they aren't even out until late September into October. It tasted blah but not horrible. I got a real one later that fall gfrom a friend and it was delicious.
Last edited: Nov 15, 2021
Reactions: Bog Mermaid, bobpbx and manumuskin

Lions mane or possibly Bearded Tooth I"ve ate both but relied on my Friend for ID.