It was 17 years ago this month (9/24/2004) when the NJCF held a dedication ceremony in a bog on the property they had just acquired and had named the Franklin Parker Preserve. If you contributed to the purchase of the property and invite was sent out and you were able to bring a guest. Since Bobpbx did just that, he invited me along. In the coming weeks I will add to this as I get a chance to.

Working backwards somewhat... after the ceremony when most individuals had left, they offered the remaining people a ride back to their vehicles in a van they provided. Bob and I decided to walk and explore along the way. When all the vans had returned and the two of us were still in the vicinity, they had a pep rally back at the bogs and Bob and I could hear the members of the NJCF cheering. We were at the building shown below. 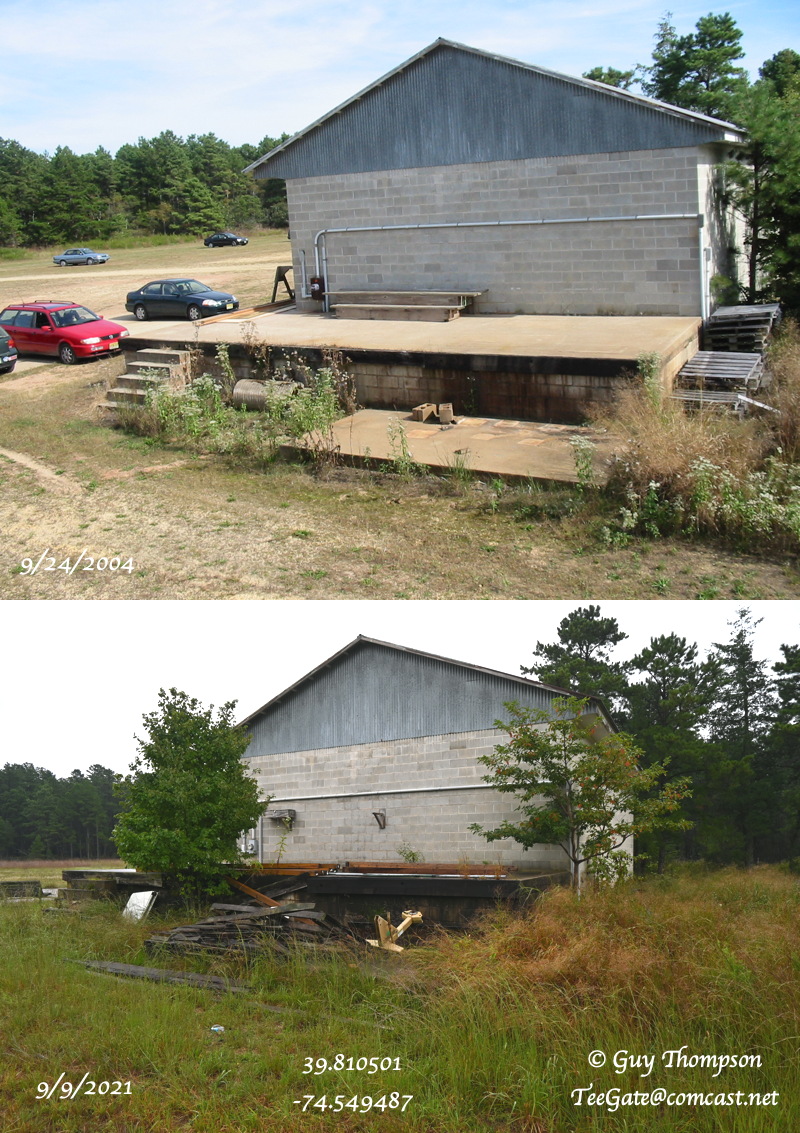 Slightly off subject, while there today we saw something odd. I suspect there may be a deer in a stream that has the Epizootic Hemorrhagic Disease (EHD). I notified the DEP and they are going to check on it. There have been confirmed cases in Burlington County and the deer always head toward water and die. 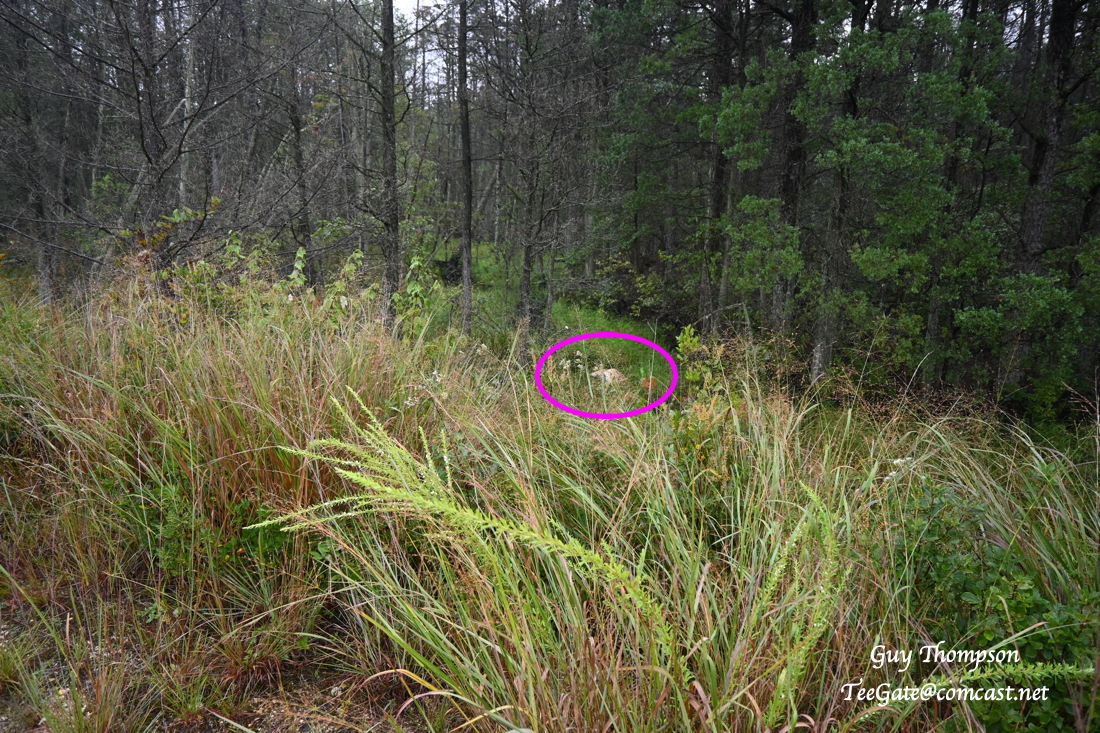 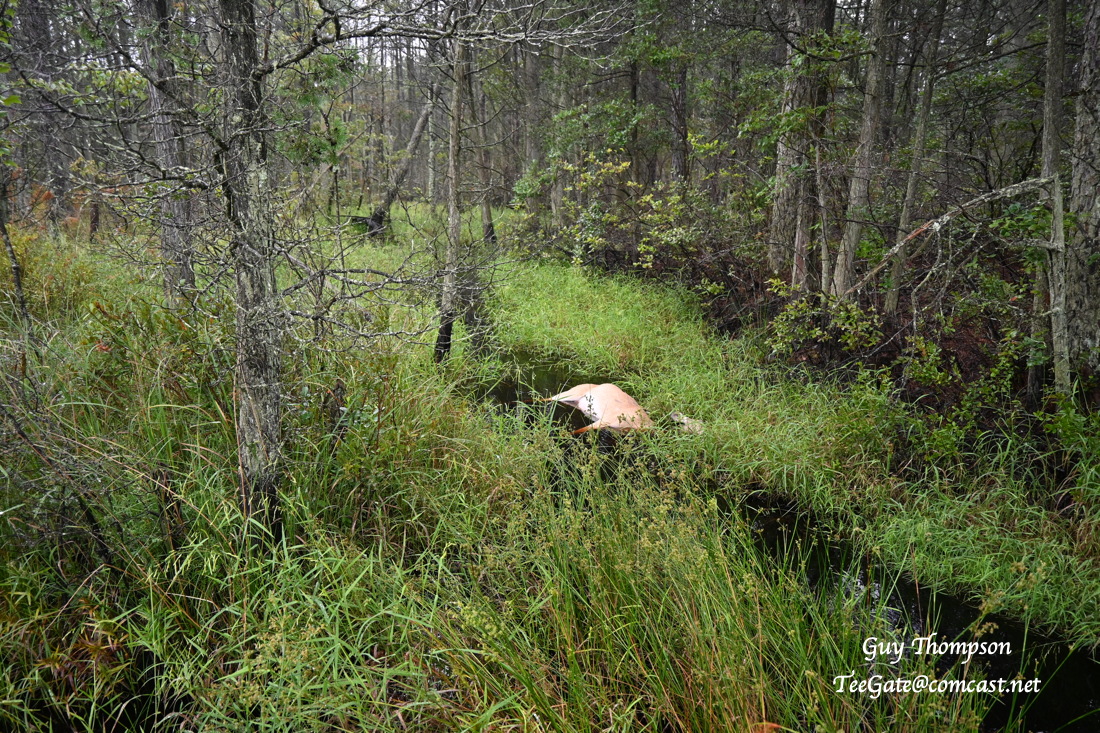 That's very disappointing. Also disappointing is, I'm pretty sure this is rice cut grass. Where the beaver have backed up the water into nice cedar swamps that line the Wading River on the FFP, the rice cut grass infiltrates in certain areas and becomes a dominant ground species above the sphagnum. Changes the overall beauty of those cedar swamps. 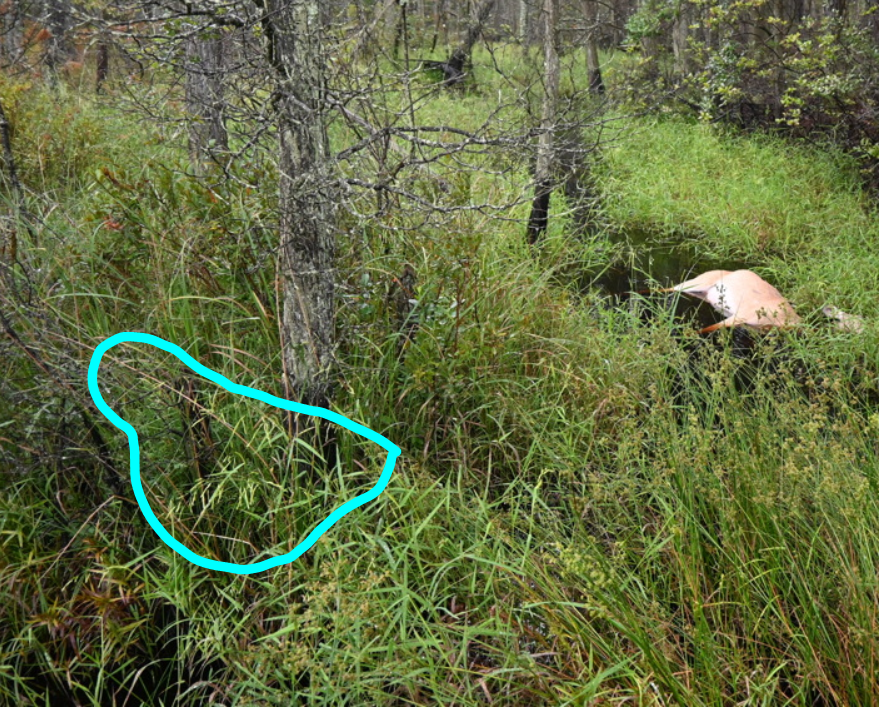 Got a call today from whoever it is that is involved with this issue. They said because Burlington County already knows that the disease it present out there, they are not doing testing.

We traveled there again today. The deer is completely bones. I won't post the photo. The morning sun is not the best time to take photos and I also did not get them in the exact spot. I tried to get into the bog and fell and hurt my hip so I took some of them from a different angle. In any event, you can see the changes in 17 years this coming week. 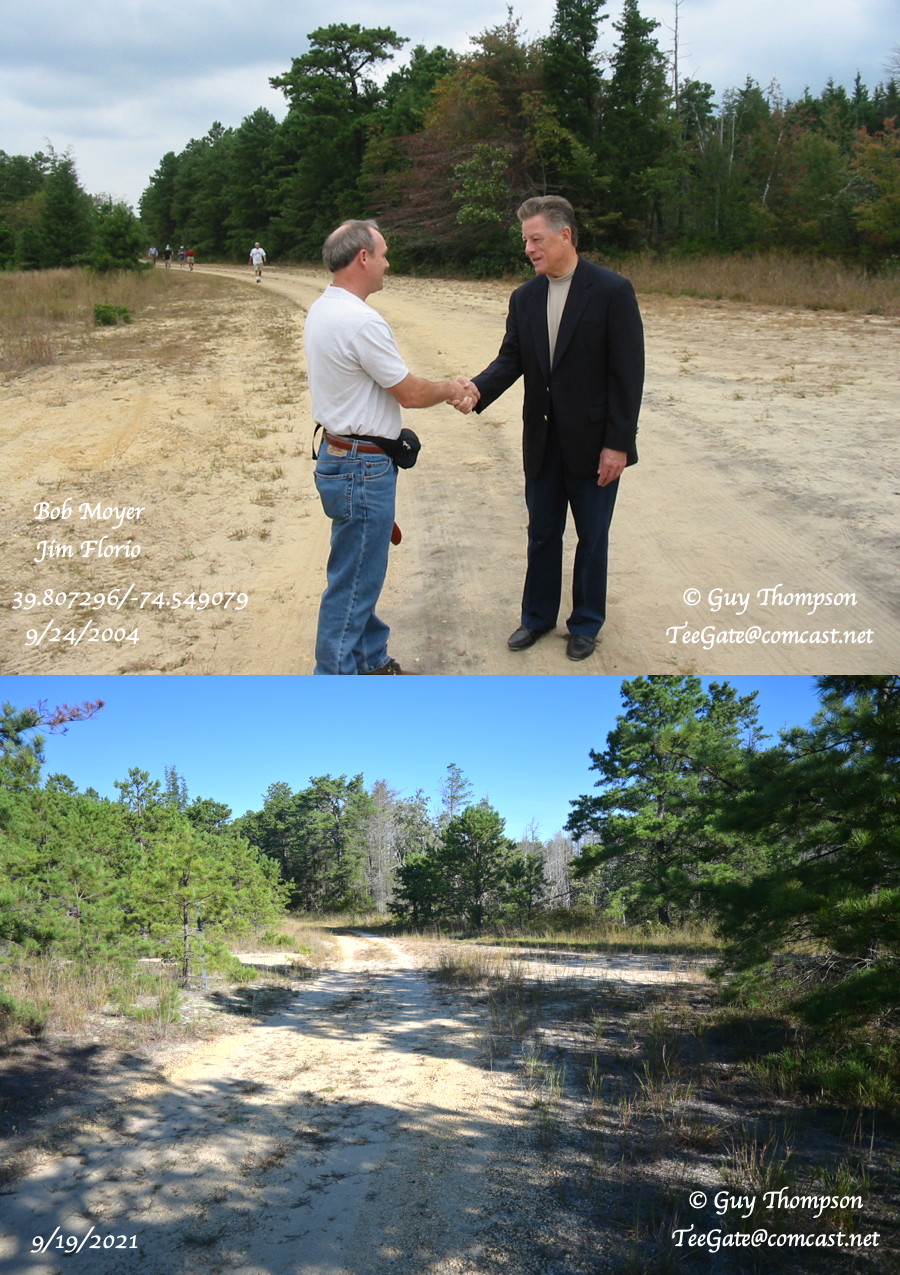 In the next two I changed the angle somewhat to you get the full view of the top photo. The vans in the background gave the tours at the end of the day. 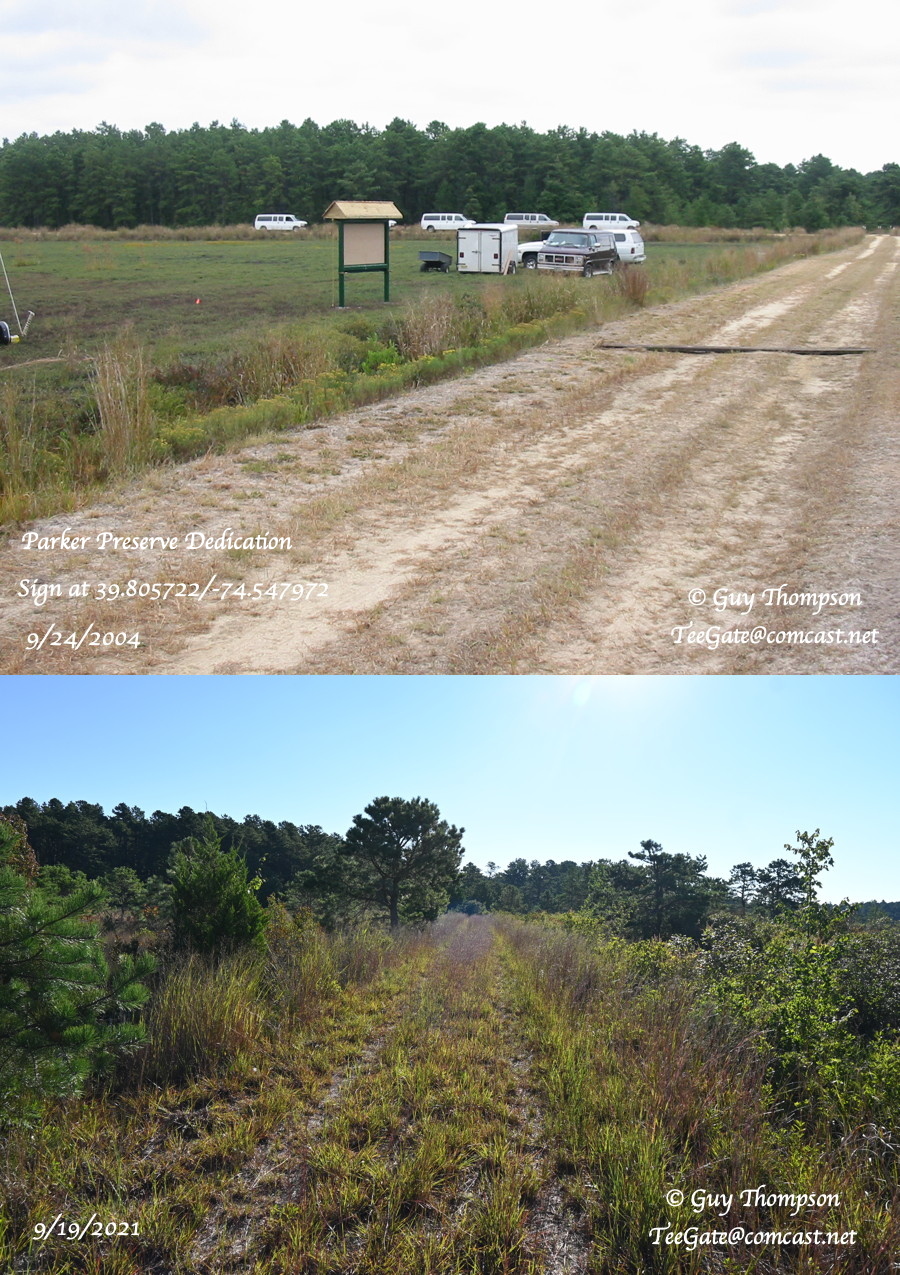 The sign was just across the water in the middle of the photo. 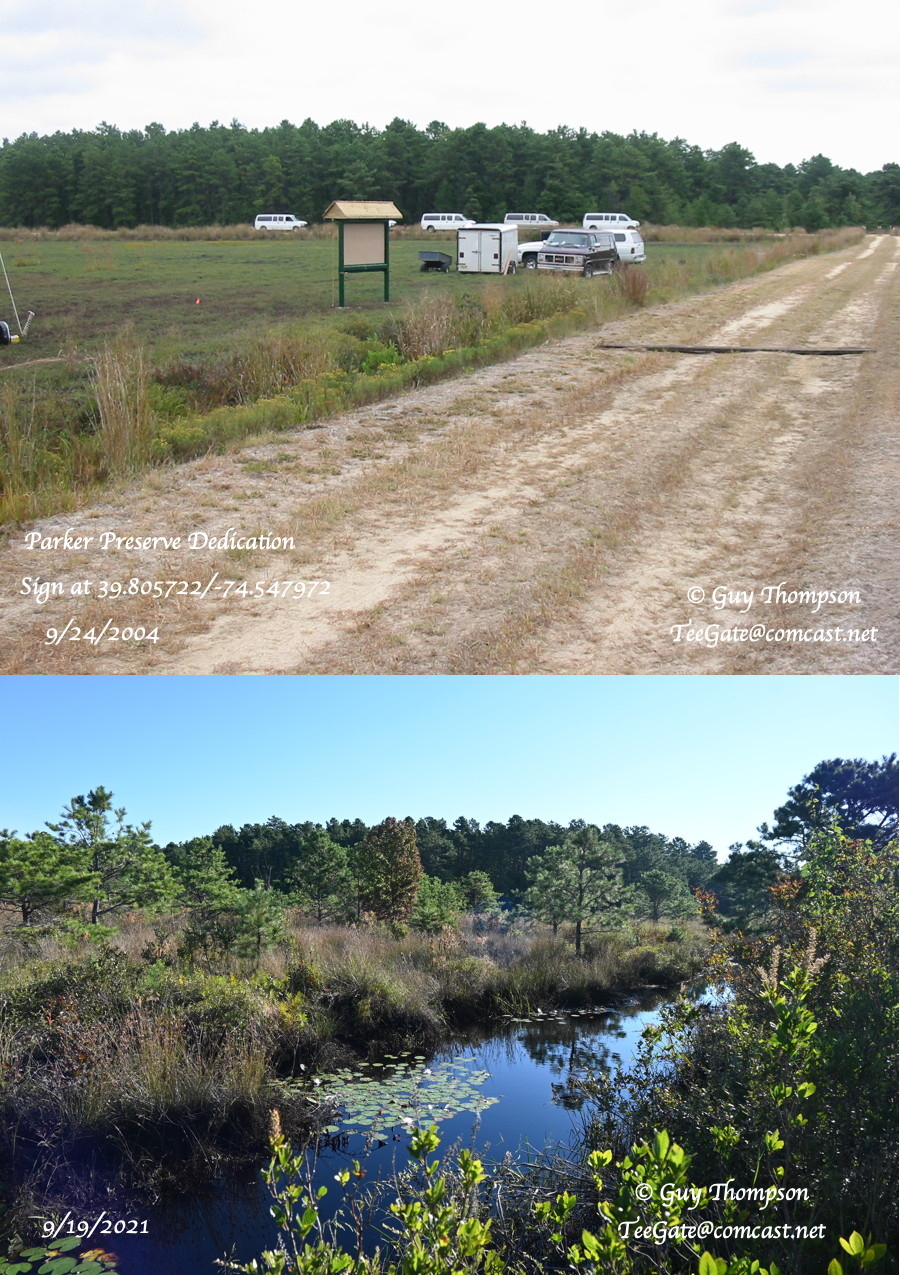 I enjoy all your "then and now" photo's. Amazing how fast nature reclaims the land, and in a relatively short amount of time. History channel had a show, forget the exact name, was a simulated time lapse showing what if humans were not around anymore.
Reactions: Teegate and Boyd 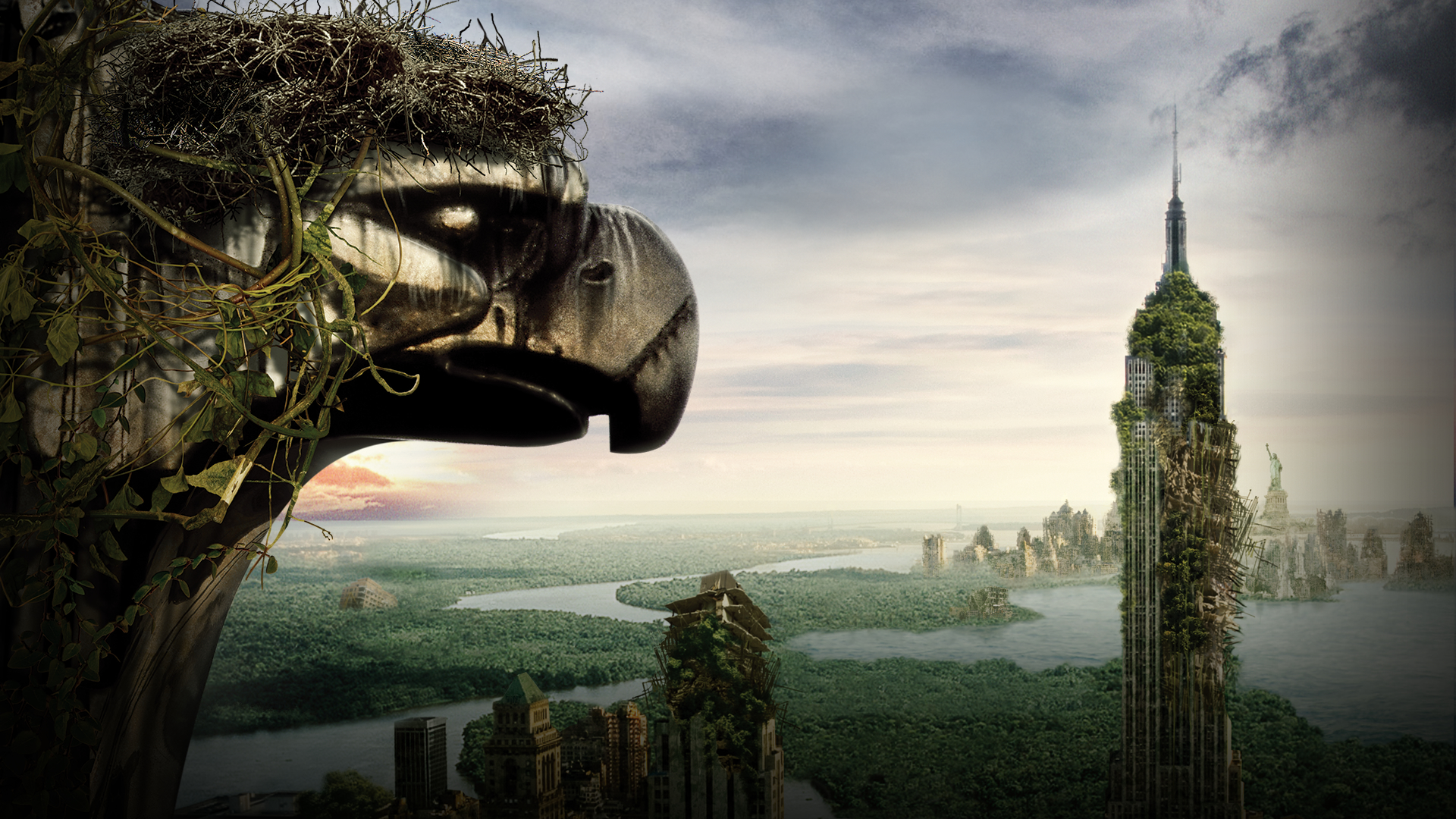 What would happen if every human being on Earth disappeared? This isn't the story of how we might vanish. It is the story of what happens to the world we leave behind.

What would happen if every human being on Earth disappeared? This isn't the story of how we might vanish. It is the story of what happens to the world we leave behind.

That's it. What's strange is last night with nothing interesting to watch on tv, I was watching the Weather channel. Low and behold they were showing the episode where nature is reclaiming the old abandoned auto factories in Detroit. Coincidence?
Reactions: Boyd

Visit the Atlantic County Park at Estell Manor sometime to see what happened to a big industrial complex a hundred years after it was abandoned. 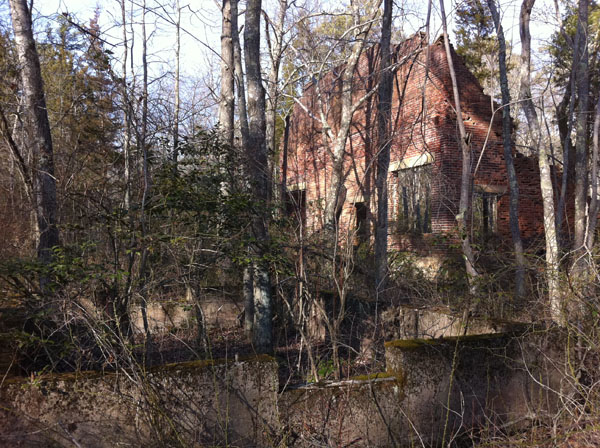 Boyd said:
Visit the Atlantic County Park at Estell Manor sometime to see what happened to a big industrial complex a hundred years after it was abandoned.