Well, Boyd, although I claim no savvy about interpreting that sort of map, I have to admit I see nothing in the 1970 wetland map that might suggest even abandoned bogs and levees anywhere I might have imagined they could have been. I have no idea what that white rectangle with parallel dark streaks might be... an orchard of some sort?
At this juncture, I’m now at an absolute loss to figure out where it was. D3pressing! Are there platt maps from the 60s of that area that would identify land owned by Pomona Fruit?

Back in the late 70s, when my folks still had a summer cottage in Ship Bottom, my Dad and I took a drive to Tuckerton, but the Palmers were no longer there. We then went on through New Gretna to Joe’s old bogs where I had worked, I drove there unerringly. Obviously abandoned. I swear I could drive there today. But they should easily have shown up on that 1970 aerial survey!

Please let me know if you find any records that might reveal where the Pomona Fruit bogs might have been.

Sorry, don't think I have any info that would help.

Maybe Guy has some ideas?

You might try looking at Boyd's wetlands map from 1970 below. I do not see any bogs using the driving directions you provided, there is one field planted in rows, probably blueberrys. There are 4 bogs to the NE that are now adjacent to the Timberline camp ground on RT679(Chatsworth Rd). You might also contact Chips Folly campground as it stretches along the Wading for quite some distance.

There is this one area that appears to have been dammed. Maybe?

Frank W. Tussey who has been Secretary of Senatus Lodge of Odd Fellows for more than a quarter century, accompanied by a party from Philadelphia, attended the grand encampment of the order at Atlantic City, making the trip in a large touring car and upon their return stopped en route at Glassboro and visited the Pomona fruit farm.
Last edited: Feb 15, 2020

Guerreri was on his way to the farmer co-operative at Germania, The train was bound for Atlantic City. It has left Philadelphia at 4:25 P.M. and was delayed a half-hour by the accident.

Stafford Township--A man stopped yesterday in a routine traffic check found himself facing charges of breaking and entering, larceny, driving without a license and being absent with out leave from Ft. Dix.

I now have the deeds to their property but can't as of yet figure out where they are at exactly. I will work on that.
Reactions: Boyd

Here they are. The deed says Pike Hole Road and Ridge Road.

Here is a corner stone to that property. We have to keep in mind there may be other bogs also. I will continue to look. 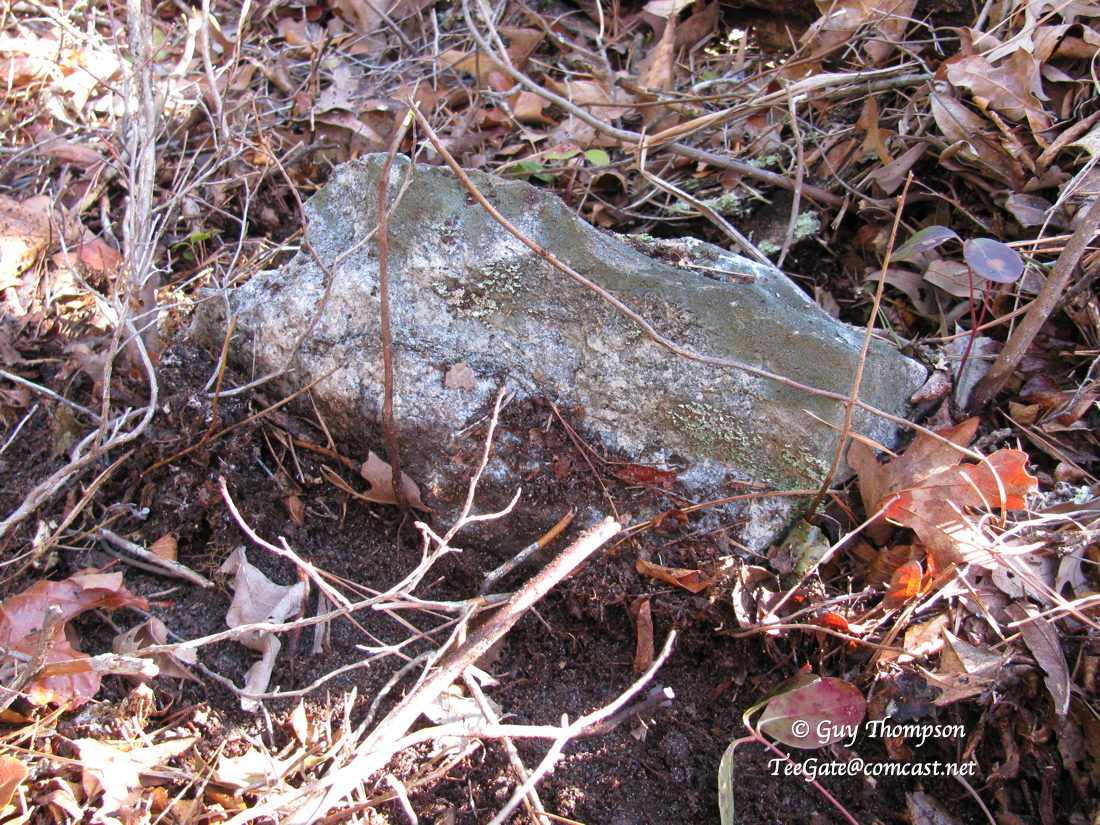 They have various lots so it may not be the one he was at. It is interesting to note that as late as 1976 so far they still owned property. I am sure one member here knows much more about this and may comment.

Just look at his post above, I already posted a link to that map and he said "I have to admit I see nothing in the 1970 wetland map"...

Guy, I already posted a link to those same bogs here: https://forums.njpinebarrens.com/threads/history-of-nj-cranberry-industry.1661/#post-158892

But @uuglypher said "Not the west side of the river...Joes bogs on the east #ide were nowhere near as extensive as those you wonder about."

The hydrology in that particular spot looks deficient for cranberry. Could your sense of North really be NNE and you ended up on the Ives Branch?
Reactions: Boyd

That looks like row crops at that one spot.

They have property in Bass River. I just have to figure out the deed.

Dave, your first post was near Tuckerton. Maybe it was the Mill Branch, and not the Bass River. 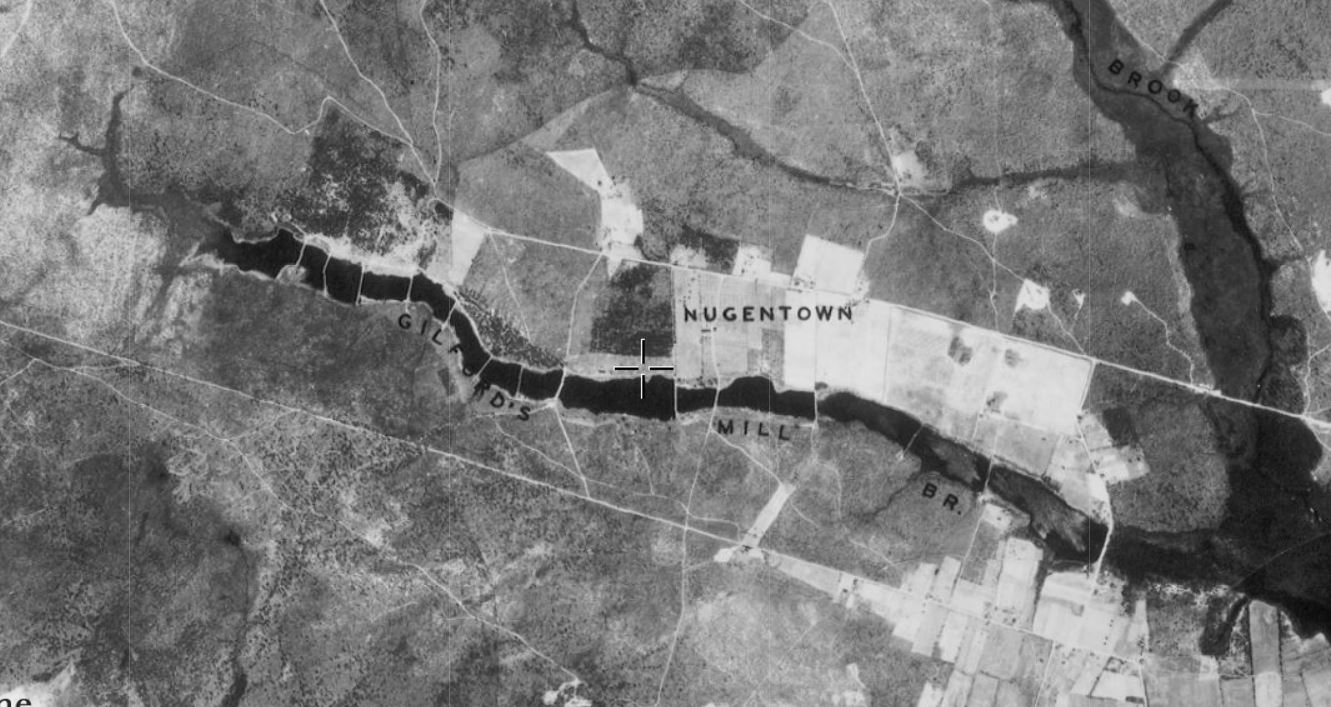 Here's my take on this. Back in 1940, Joseph H Palmer's wife inherited 150 acres of cranberry bogs from her uncle, George E. Gossler; 50 acres in Pomona, 70 at Wading River, and 30 at Ives Branch. The article further stated that they couldn't afford to take care of the land so the bogs were forgotten. It didn't give any point in time when the bogs were no longer worked.

I would say, that the Wading River location is what Guy pointed out in the earlier post; and the Ives Branch location is where Timberline Lake Camping Resort is located today, on Rt 679 just north of Stage Rd.
Reactions: Boyd
R

Guy; I didn't see your post before I started mine.

This is a much larger complex of bogs than the ones Joe had Hugh and Me, or me alone working on when we weren’t working on others of Joes or that Joe was managing for other owners.


This I do recall: the last stretch of sand track to the bog and river was westbound; morning sun to our backs. When we knocked off to head home we drove east, away from the river with the sun at our backs, and turned right (south) to get on the track back to the highway. Now I certainly can imagine what with the meanders of that river on its flat floodplain that there may conceivably be places where such could hold true , yet be on the west side of the river’s average southward course...But searching the maps, I can’t find it.

Which brings up another recollection.

The job of ditch clearing was much more arduous in Joes bog along the river where I, sometimes alone and sometimes with Hugh, would work when not assigned elsewhere. Makes me wonder if it was a bog that Joe wanted “rejuvenated” or “revitalized” from a period of a few years of no routine maintenance???

I don’t recall being told that, but none of the ditches of the other bogs he had us work on that summer were ever anywhere near so heavily clogged and never yielded close to the the great piles of root debris that we whacked out of those ditches of Joe’s “missing riverside bogs”. It’s strange 5hat I don’t recall discussing that difference, but, maybe it it didn’t seem to make sense wasting breath on the topic while bullhooking, and when taking a rest there were lots more inter3sting topics of conversation... girls, the beach..girls back at college, moonshine, girls... And could that be a reason that bog was being so frequently dosed with herbicide spray? I’m wondering if that year’s berry harvest didn’t warrant further efforts at “revitalization” and perhaps it was allowed to return to an abandoned state?

I’m hoping that someone with more than one summer’s experience at similar bog maintenance labor could chime in here.

One more thought. My assumption that the “riverside bogs” were Joe’s property may simply not be true. I had no proof of that and was influenced only by his evident proprietary interest in its intensive maintenance that summer!