Spung-man is in this article.

I'm sure it's an interesting article, but that site with all its annoying ads and bogus "surveys" is just not worth the trouble. 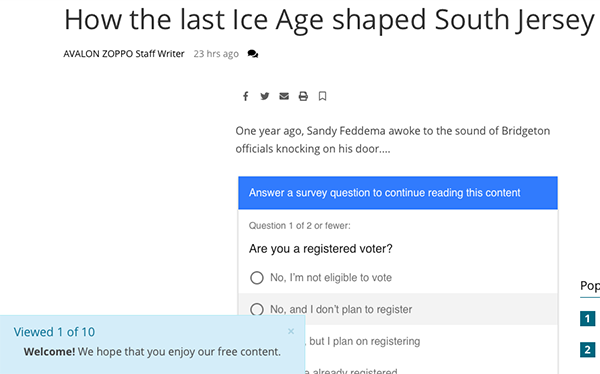 Boyd said:
I'm sure it's an interesting article, but that site with all its annoying ads and bogus "surveys" is just not worth the trouble.

To some extent, this site allows you to control ads. Surveys I just ignore, unless I get something for filling them out

46er said:
Surveys I just ignore, unless I get something for filling them out
Click to expand...

The rest of the article is blanked out unless you fill out the survey. No thanks. No wonder newspapers are going out of business.

Boyd said:
The rest of the article is blanked out unless you fill out the survey.
Click to expand...

For me, there is no survey like that on that link and just one business ad. Must be the browser.

I read the whole article, no ad's or survey. MS EDGE Maybe Norton blocked them.

Just tried it on Chrome; lots of ads but I have not run Chrome thru the opt-out from aboutads, no survey though. My normal browser is IE11.

That site looks like a trash fire. I shouldn't have to install ad blockers or change browsers just to visit a newspaper site, I don't need that anywhere else. A company with a site like that obviously has no respect for their customers. I don't usually click on any links to the Press, but was curious to see what they said about Mark.

The article is about an old ironstone wall that recently tumbled down, revealing a fascinating exposure that provided a rare opportunity to see Bridgeton’s Ice Age inheritance. The record as to when the wall was built is unclear, but the structure may have been built as early as 1825 when Commerce Street was laid out to its western end. Commerce Street Bridge was in place by 1716, although just for foot traffic. Horses and wheeled wagons had to ford the river, and then only at low tide. Apparently the bridge was the original crossing for the improved Cohansey Trail that went from Greenwich to Egg Harbor (via the Indian Fields, Parvins Mill, Mauls Bridge, Coneys Tavern, Egg Harbor Pond, the Midway Inn, Emmelville Tavern, Indiantown (Steelman Plantation) at the Lochs-of-the-Swamp, and Jack Puddin'. 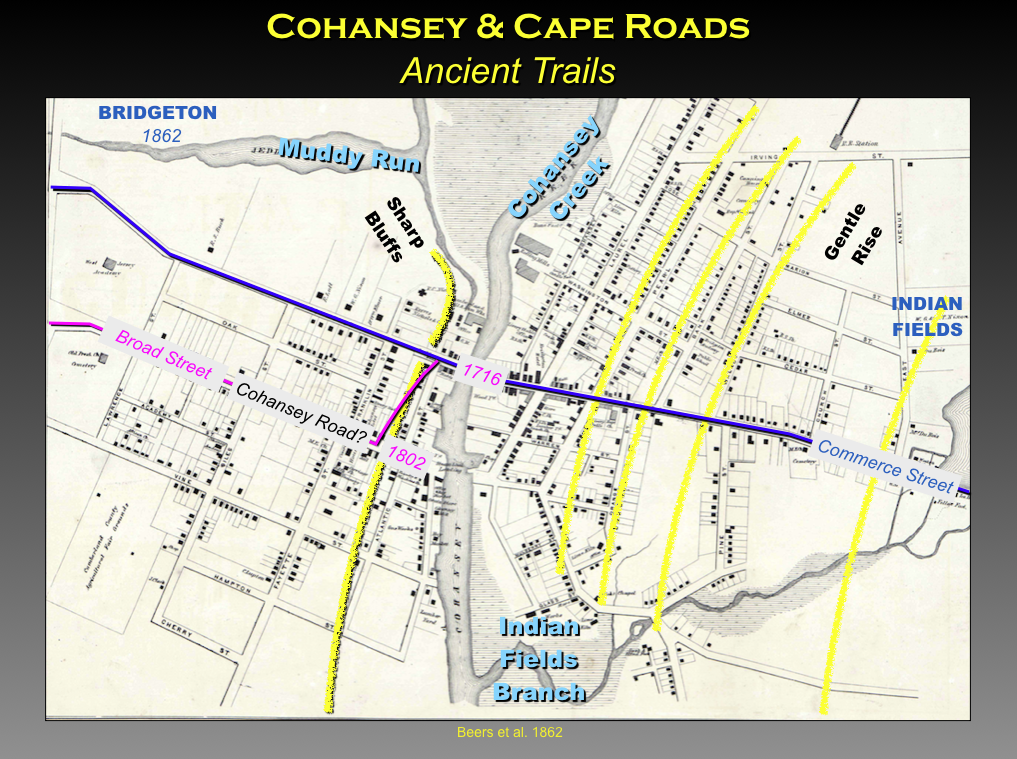 Like most South Jersey rivers, the Cohansey bluffs are generally on the west side of the watercourse:


https://forums.njpinebarrens.com/threads/atlantic-coastal-plain.7047/#post-83273​
To get to the bridge from the terrace to the west the Cohansey Road was a narrow path that cut down the steep slope of the bluff. In 1802, Broad Street was improved down to the river, although a narrow gully allowed foot traffic to pass this way before the excavation. Note the precipitous “Sharp Bluffs” on the west side (yellow line contour) and the “Gentle Rise” on the east side (yellow line contours).

The top of the western bluff is a flat terrace, which was once the bottom of the ancient Cohansey River sometime during the last two-and-a-half million years. The original horizontal river bedding appeared intact, attesting that the terrace formation has been remarkably stable since its formation—good thing for the manor houses that string along its crest (see below). At least two generations of frost cracks parted the bedding here. These were wedges of primary infill, and not associated with any sort of iciness as there is little disturbance from ice expansion to the bedding contact associated with the wedge structure. This tells me that Bridgeton too was cold, dry, and windy (desert-like) when the ground cracked open, likely within the last 200,000 years. 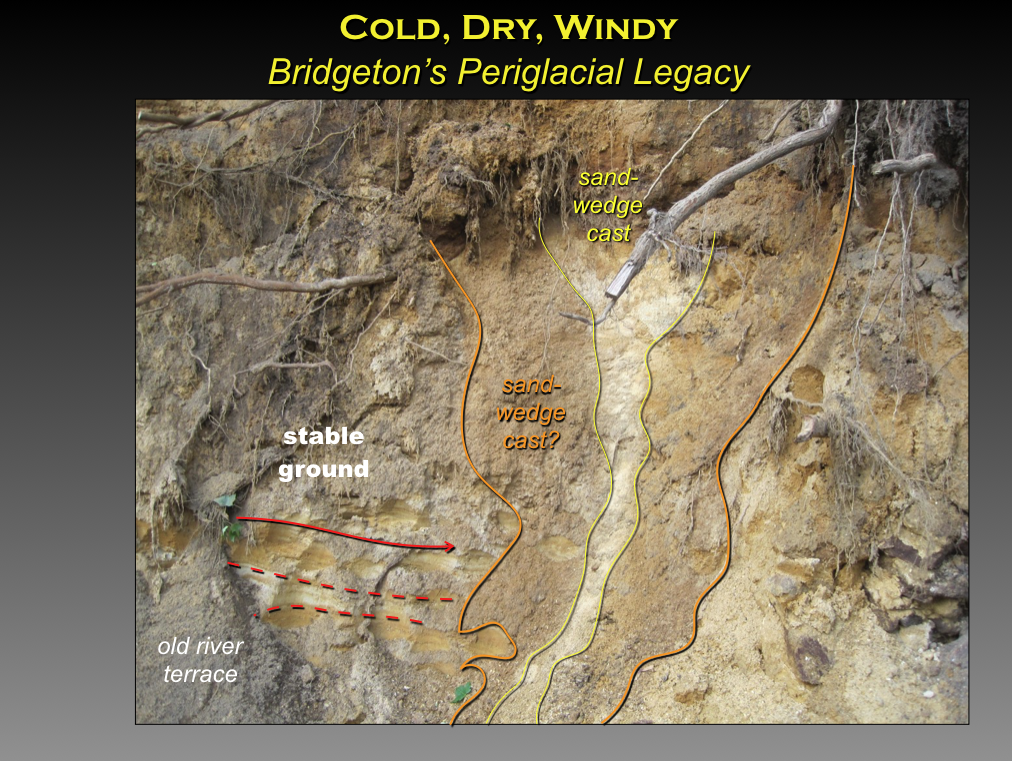 In the article there are some inaccuracies with a couple of the terms (e.g., no mammoths) and dates (e.g., 26,000 to 24,000 years ago, not 10,000 to 8,000 BC), which is not surprising. It is difficult to fit in a semester’s worth of lessons into a one-hour talk, so it is not always easy to remember the details. Many PhD’d geologists have trouble wrapping their head around what it really means to be ice-marginal to a continental ice sheet. There are no good modern analogs to point to in the Arctic today for comparison, confounding its explanation.

With the exception of small, local papers, there was never any 'free' hardcopy news. Used to be free news on TV and in some cases it is still there, but the rest is just opinionated blabber.
T