Came home from the store today, and I found my trash can, deck, and grill all covered with thousands of mites. I am guessing that the warm weather woke them up. Silly mites! I suppose they won't be able to go back to where they were before when it gets cold again (next year maybe). They are even climbing up the water spout, and you know what happens when they do that.

Anyway I've lived around here for over 30 years and I've never seen the like of it, although I have been chewed on by the invisible variety from time to time

Maybe tomorrow we will have a plague of toads to eat the mites. That would be welcome, up to a point.

Hmmm...sounds to me you mite have a problem
Reactions: manumuskin

They all started to disappear once it started to cool off later in the evening. None to be seen this morning.
Maybe they heard me muttering about the toads.

Strange how many critters are all around us, that we almost never see.

I have noticed these "winter mites" for the last few weeks. I had no idea what they were. They are all over the place.

c1nj said:
I have noticed these "winter mites" for the last few weeks. I had no idea what they were. They are all over the place.
Click to expand...

I would love to see a pic of some!

Here is a picture of the mites. I am not an entomologist. I don't know what they actually are. 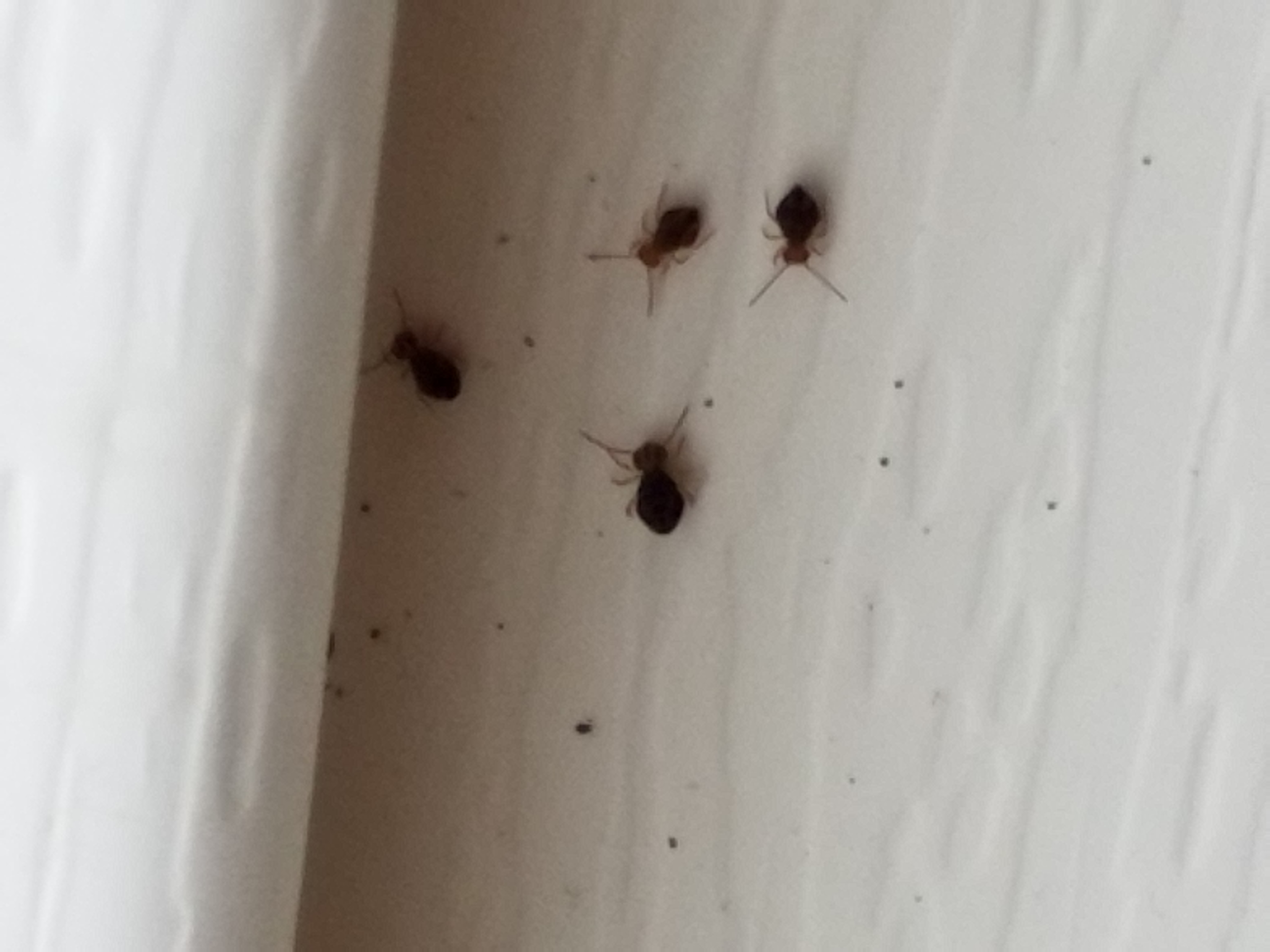 Some sort of aphids! I wonder what they're eating?

c1nj said:
Here is a picture of the mites. I am not an entomologist. I don't know what they actually are.View attachment 11317
Click to expand...

I spoke too soon when I said they were all gone-- it was Sunday and they were sleeping in. I went out later that day when they showed up and tried to look at them with a magnifier, and found that they started hopping out of the way! My impression is that they looked like your picture here. Based on that, I believe that they are actually some kind of "springtail", which are known to bound off when they sense a threat. They are six-legged, like in your picture, not with 8 legs like mites or ticks (neither of which hop, as far as I can find out). They also need constant moisture, which is how it was that weekend, so that fits.

Next time I see them, I'll try to immobilize one or two on some tape and get a better look at them.