It means they are no longer a member of this forum.

bruset said:
We know it's you, LIP.
Click to expand...

In Cuscatlan, at the chicle factory, we

I checked out Jamesburg County Park yesterday, which is located a few miles SW of the Runyon watershed. I think the park straddled Spotswood, Helmetta and East Brunswick. You can view the route of my wandering here.

Except for some posted signs announcing the County's hunting schedule, the park is poorly marked as such. I drove around for about 20 minutes trying to find a parking area, sand road or trail into the park and then just decided to park next to a condo complex lot and walk in.

At first I found some unmarked trails that appeared to be popular with the BMX kids (and plastic water bottles), but they just ran parallel to the road and didn't go into the park.

I spooked a red-tailed hawk who was him/herself spooking the woodpeckers above me. 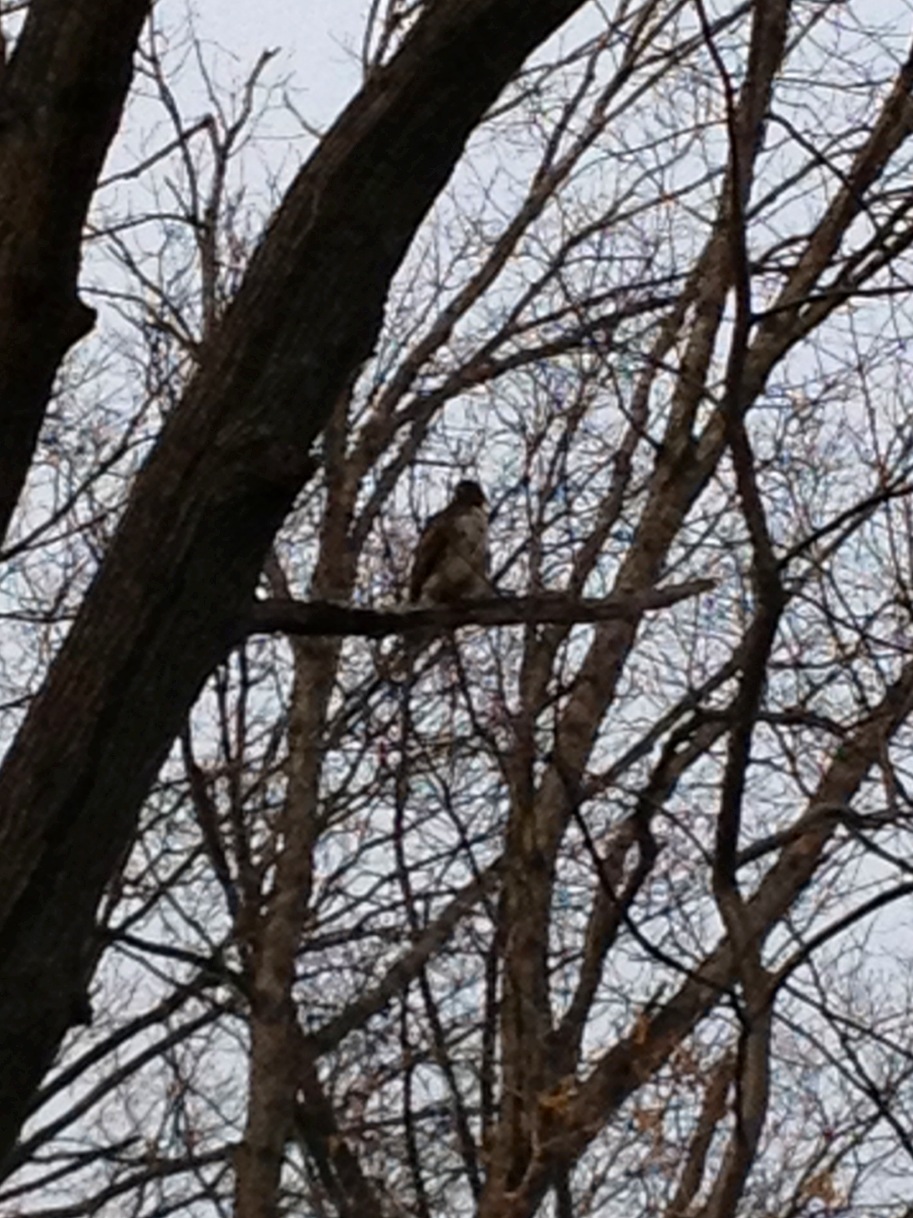 I decided to take Molly the Dog and bushwack through a swamp deeper in to the park, heading Southwest. We soon found what may have been a BMX route or narrow fire cut, so we followed that until we came on a woods road. We continued to head SW and the road was soon joined by an orange-blazed trail. After a few hundred yards the orange trail headed west into the park and we attempted to walk on the woods road back to my car. The woods road ended at a dead-end street , and I didn't feel like walking through NJ suburbia back to my car, so we backtracked a bit until we found a few more unmarked trails near the park's boundary with Old Stage Road. 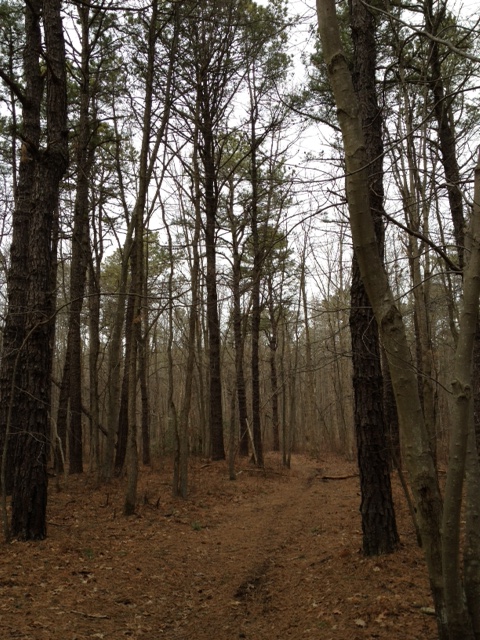 After getting into my car, I passed what appeared to be the trailhead for a white-blazed trail heading off of Helmetta Blvd., but a St. Patrick's Day party awaited for me back home and I couldn't stick around.

On the drive home, I wanted to see the Runyon Watershed, so I headed down a gravel road which appeared to be next to an area of a recent controlled burn. I snapped this photo of the abandoned Perth Amboy water works plant seconds before a worker spotted me and yelled at me to get lost. 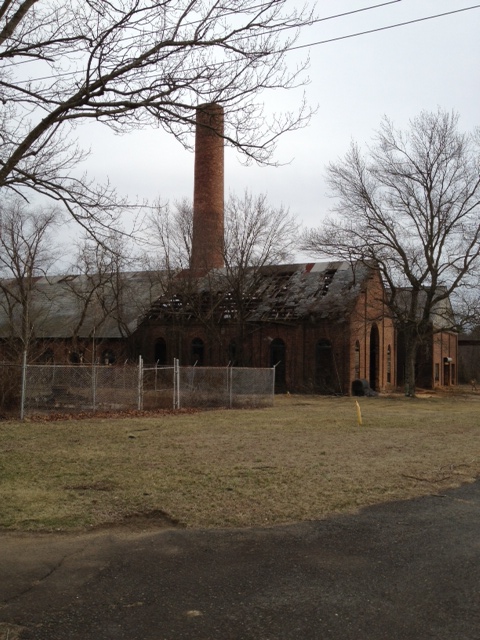 Any online references to this place are scarce, but I did find this pleasant description by a local.

Ben Ruset said:
Staten Island is one of the five boroughs of New York City. There's Manhattan, The Bronx, Brooklyn, Queens, and Staten Island. Usually people identify themselves by what borough they're from. From what I've seen, people usually only say they live in New York City when they talk to people from outside the area.

If you're talking mailing addresses, I believe it's only Manhattan addresses that say New York City.

And yes, there were, and still are many garbage dumps there.
Click to expand...

I am originally from NYC, and I lived in Manhattan. I can assure you that all 5 boroughs make up what is collectively New York City. Going by the reference of how addresses label often just the borough is really more of an organizational necessity considering the huge number of residents, government, and business housed in the city. Some addresses even list neighborhoods within the boroughs (ie Prospect Park Brooklyn, Crown Heights Queens, Tribecca Manhattan ). I believe that Manhattan serves as the city proper because of the cultural, artistic, and socioeconomic nature of the borough. It has the biggest buildings and the most attractions for both residents and tourists, not to mention some of the greatest businesses are headquartered there with the Stock Exchange a major visible symbol of business. When people from out of the area visit, it is Manhattan they go to and where they stay, it has become the more dramatic and recognizable depiction and so it is dominant in the minds of people for whom which Manhattan is New York City, or better that its the only borough that is of consequence. New Yorkers, and those who live near or used to reside in the city know the 4 other boroughs exist, but are somewhat less grand within the scheme of things. Without the other boroughs, however, New York would have less cultural distinction. Brooklyn has its history, and had it been incorporated into its own city, it would be the 4th largest city in the US. Immigrant populations and cultural neighborhoods tend to concentrate in the other boroughs as they are more affordable than Manhattan, and with that you see the truncation of places in Manhattan like Little Italy until they become reduced remnants often devoid of any authentic foreign culture. In the other boroughs with cheaper living costs you will find true pockets of the type that once existed in Manhattan, like Greek town in Queens. The thing about Staten Island ( I'm sure any Staten Islanders who read this will hate me for it), it is the least culturally complex part of the city. Its feel is more suburban, and residents of the borough have a more singular culture lacking any contributions of artistic and scientific culture. It's a boring place, and the residents there can be snooty. You see, they harbor this idea that they have some superior culture because they are residents of NYC, but they lack the sophistication and exposure to varied complex culture that one finds in the other boroughs. They come off as snooty spoiled jerks because they believe that they are smart and cultured and worldly, but they don't really have those traits nor the intelligence to understand that so they just piss everyone off with their dumb FoxNews Bill O'Reilly spewing from their mouths and wherever they might go when they leave any part of NYC, they act like jerks, demand things, and constantly remind people they are from Staten Island of New York city and so are wise and have superior culture. Yes, there is plenty of garbage there.

I drove through Brooklyn last week. I took a wrong turn by route 27 near Prospect Park and had to drive the Fort Hamilton Parkway all the way down to where it intersects 278. It was a stressful experience for this boy from the Pines.

Since I had to go through Staten Island, your description of the neighborhoods seems accurate; homogenous and much different than the melting pot and bustling city feel of Brooklyn.
Reactions: Jason Bladzinski

reginacardone@comcast.net said:
I need some help figuring out what parks, preserves, or trails there is near Old Bridge. Its not a long trip from the city and I see there are some woods near "Water Works" including a beautiful lake there known as tennant pond, this is on the west side of route 9, then there is one further south off route 18. This is much closer than I thought, I figured I'd have to go further south. But according to the maps at live.local there is plenty of pines in Old Bridge. I just want to make sure I am going to public property.
Click to expand...

Go to the John A Phillips preserve. Plenty of pines there. You will find the trailhead at the back of the park behind the baseball diamond.

That is good info... but did you notice you were replying to a post from 2008?

I do now.
Reactions: Boyd