We visited the Death Camas today and there are 7 plants growing and all looking well. It is early so later in July they should be blooming. We also saw quite a few Morning Glory blooming but again it is a little early. While driving down Quaker Bridge Road this morning we saw this Black Rat Snake in the road. As this is not a good place for one to be we tried to get it to move. As we got closer it came towards us. It was not backing down. Reluctantly, it eventually headed into the woods and we moved on. 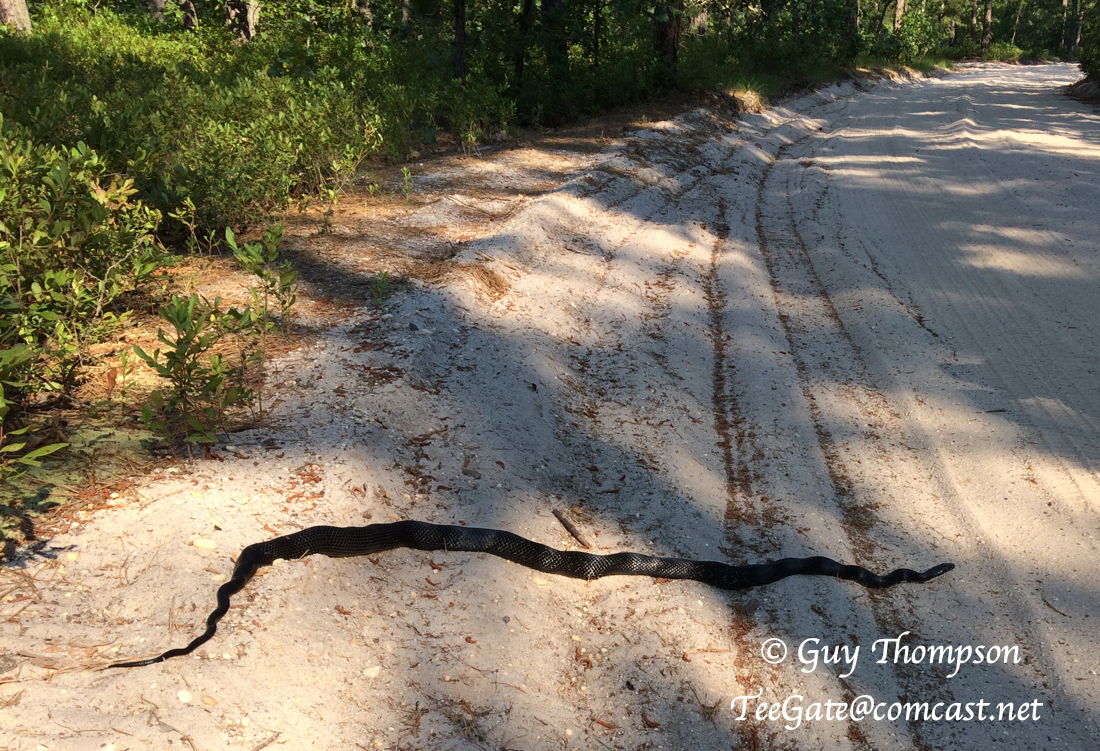 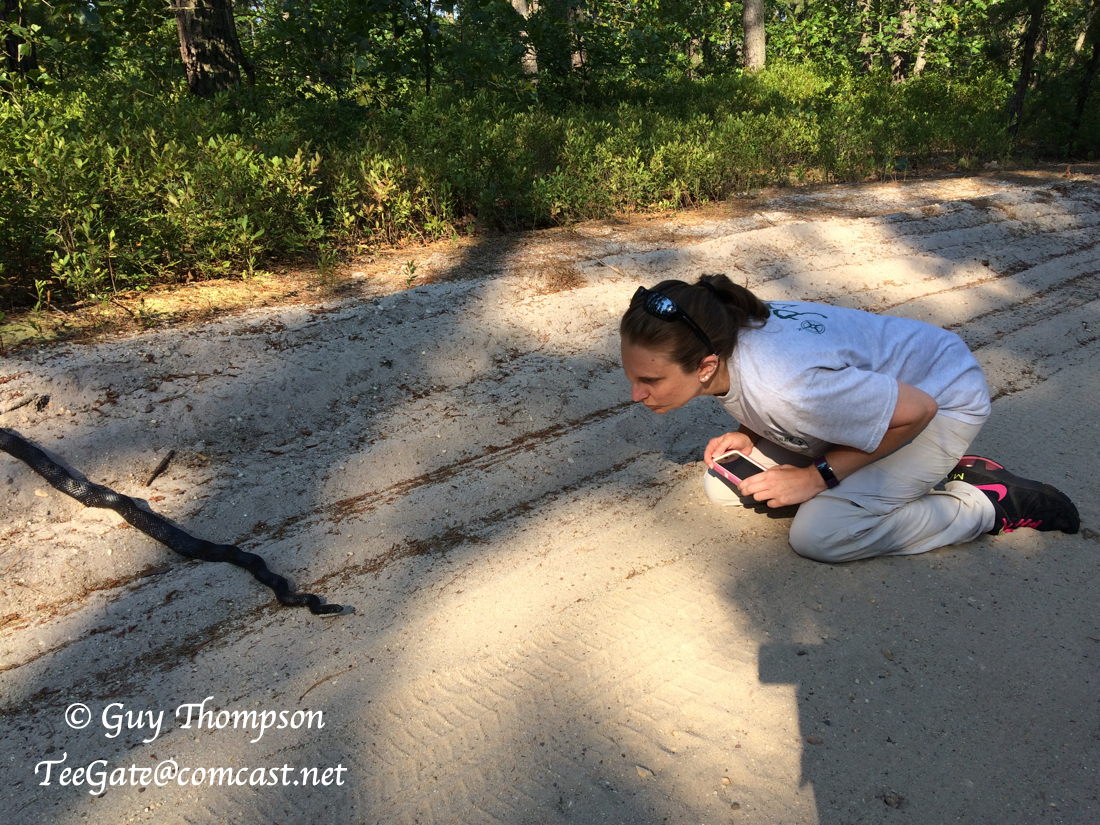 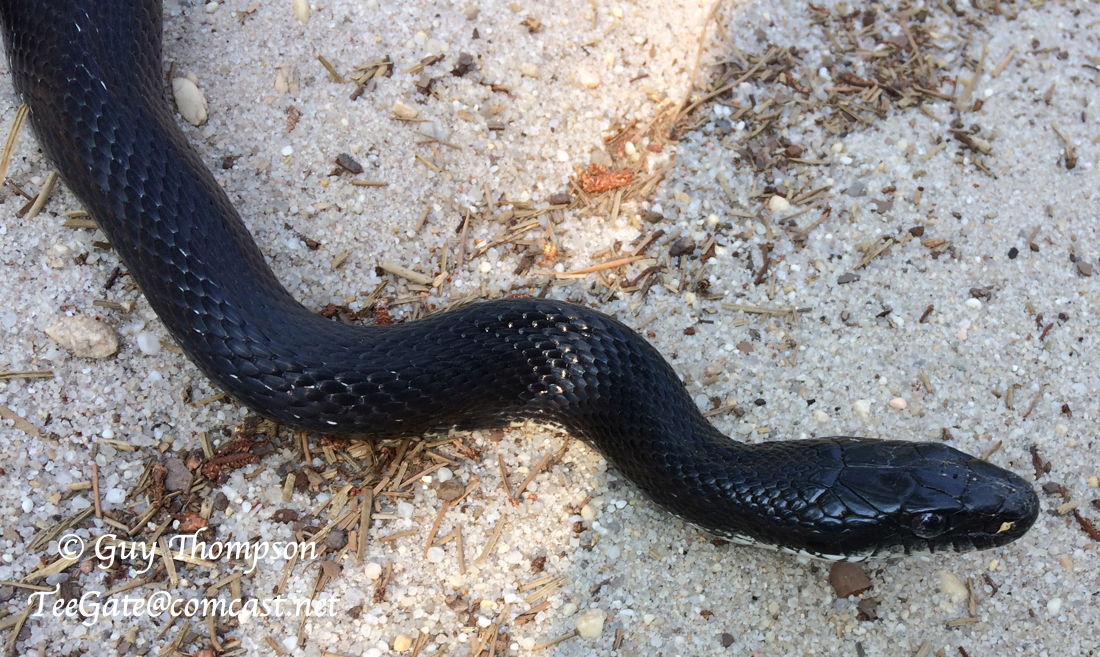 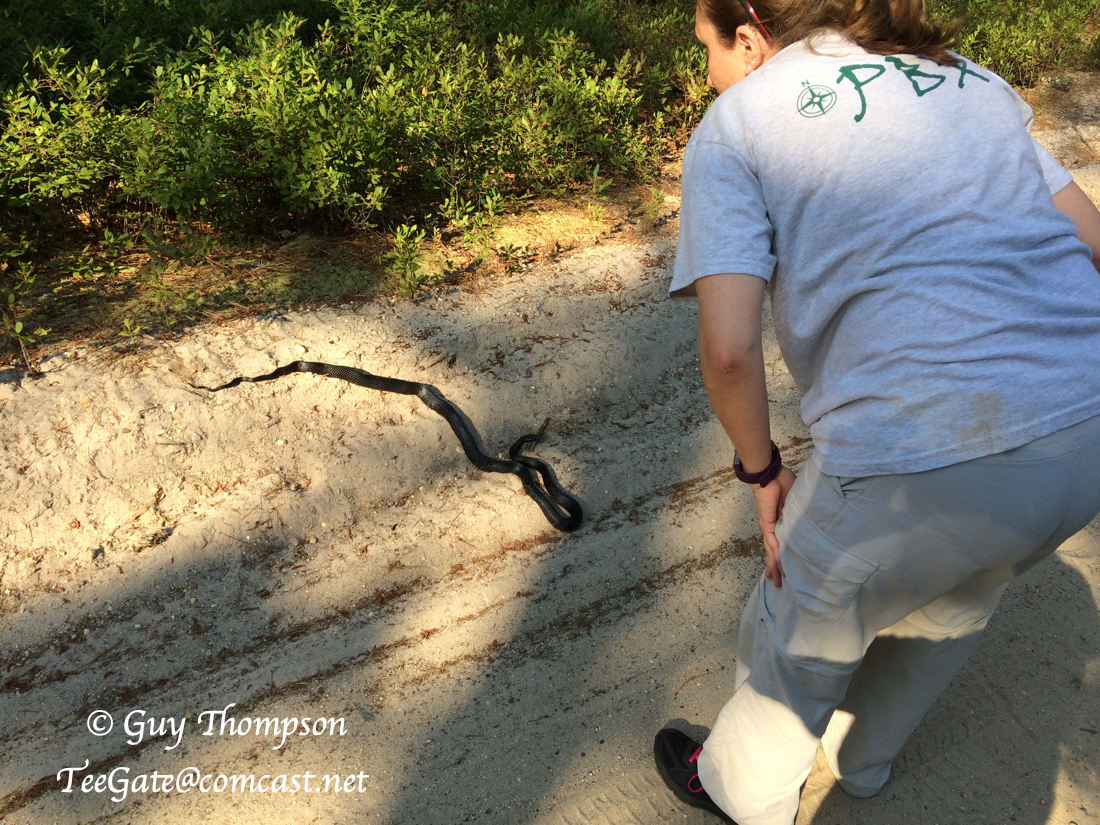 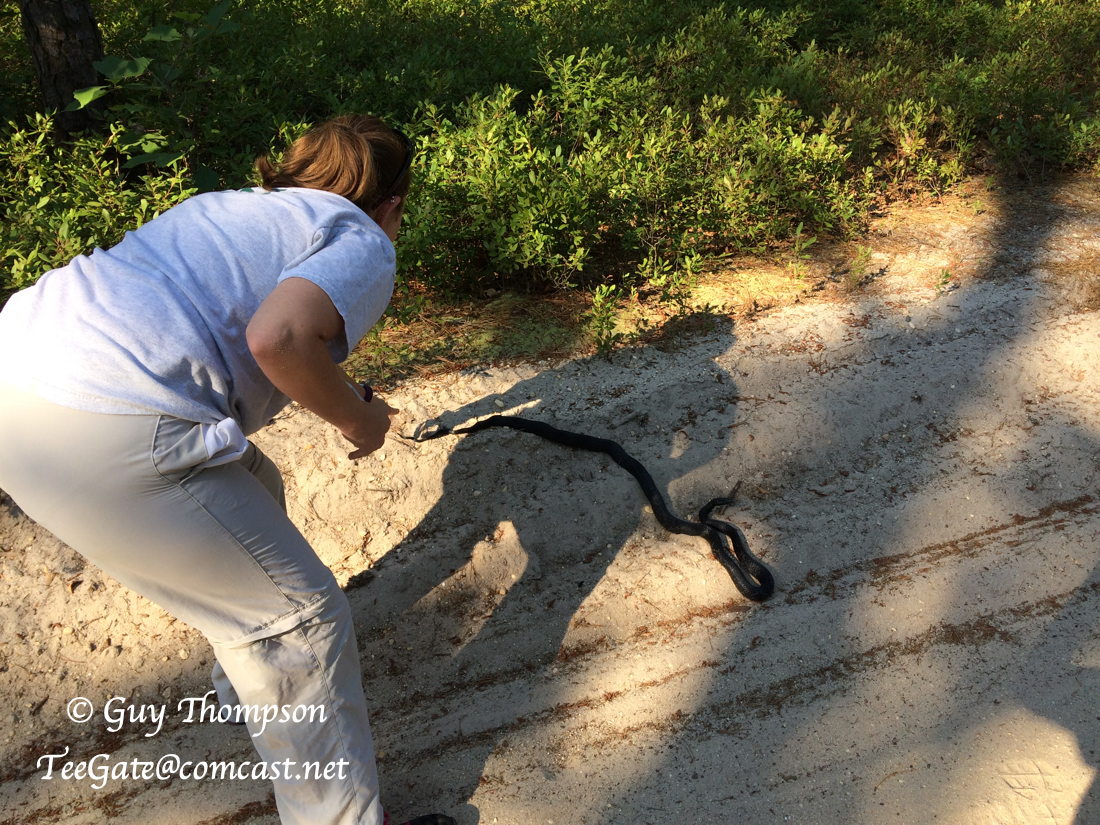 Didn't know what Death Camas was so I looked it up. Source said they are found in Western North America. Are they found in the Pines too? Only curious if they are here. Not interested in knowing stations.

Oriental said:
Didn't know what Death Camas was so I looked it up. Source said they are found in Western North America. Are they found in the Pines too? Only curious if they are here. Not interested in knowing stations.
Click to expand...

Oriental said:
Didn't know what Death Camas was so I looked it up. Source said they are found in Western North America. Are they found in the Pines too? Only curious if they are here. Not interested in knowing stations.
Click to expand...

I checked some spots where I saw Pickerings morning glory growing nicely a few weeks ago and the plants were completely gone.

oji said:
I checked some spots where I saw Pickerings morning glory growing nicely a few weeks ago and the plants were completely gone.
Click to expand...

Any clues as to how that happened?

oji said:
I checked some spots where I saw Pickerings morning glory growing nicely a few weeks ago and the plants were completely gone.
Click to expand...

That is troubling. Could they have been eaten?

Yeah, I think the deer or rabbits got to them.

Concerning possible plant or animal poaching, what do you think of this incident that happened last weekend to us?

We drove to a very remote place that is hard to get to and for the most part very few people even go there. When you leave the pavement of the main road it takes 30 minutes by car to arrive there with rough going most of the way. That remote. Anyway, we had gone there early looking for rattlesnakes which we had seen there twice before. However, in the last year we have been unsuccessful in finding them. After leaving, we had a ten minute walk back to the car and after 5 minutes driving back we ran into three men walking towards on the road. All three had shorts on with one of the men having a dress shirt on. One man was older and said he has been exploring since 1967, one was thin, unremarkable and quiet, but the man in the dress shirt looked as big as Arnold Schwarzenegger did in his prime. He was a serious bodybuilder.

They waved us down and asked us how we had gotten there, and when I told them we were returning the way they had come from they were surprised we had made it there. The older man said they had been coming there for years and knew the area well and years before had collected snakes but now they just look. They had nothing on them but cell phones and made it a point to inform me of that. We had some small talk about the area, and by looking at my dash cam we had stopped for well over 10 minutes. We still had a long way to go down the road and we never saw a car which means they had walked a long way to get there. The muscleman said he was from Delaware and complained about the Park Police singling him out because he had Delaware tags. They were always asking him why he was in the pines.

During our conversations they asked some history questions and I gave them my email address. Muscleman added it to his phone and said he would write me for the information. Obviously, he never wrote. During our conversation I was wondering if they were giving me a line because in the past I ran into a snake person who lied to me with everything he said. I reported him and found out he was actually one of the good guys and he was likewise wondering what I was doing there. Now we converse by email occasionally. These men just seemed out of place and may or may not be poaching snakes. I did not report them because I have no real reason to do so. I have no proof they lied and they did not have snake collecting tools with them. I did tell a few individuals about this and one of them will be checking the area for them.

I have photos of them taken by my dash cam but they are very poor. I don't want to post them because if they are legitimate, what they do there is their business. If anyone knows who these three men may be please let me know. The older man seemed to be the one leading them there, the unremarkable man was hard to read, and muscleman seemed to be like the snake man I met in the past who was trying to keep me engaged. I could be completely wrong and I asked Jessica her opinion. She is usually negative on everyone we meet, but this time she felt they were just three people out for a weekend walk.
Reactions: manumuskin

Visited the Morning Glory at Pleasant Mills again today and it is really thriving. 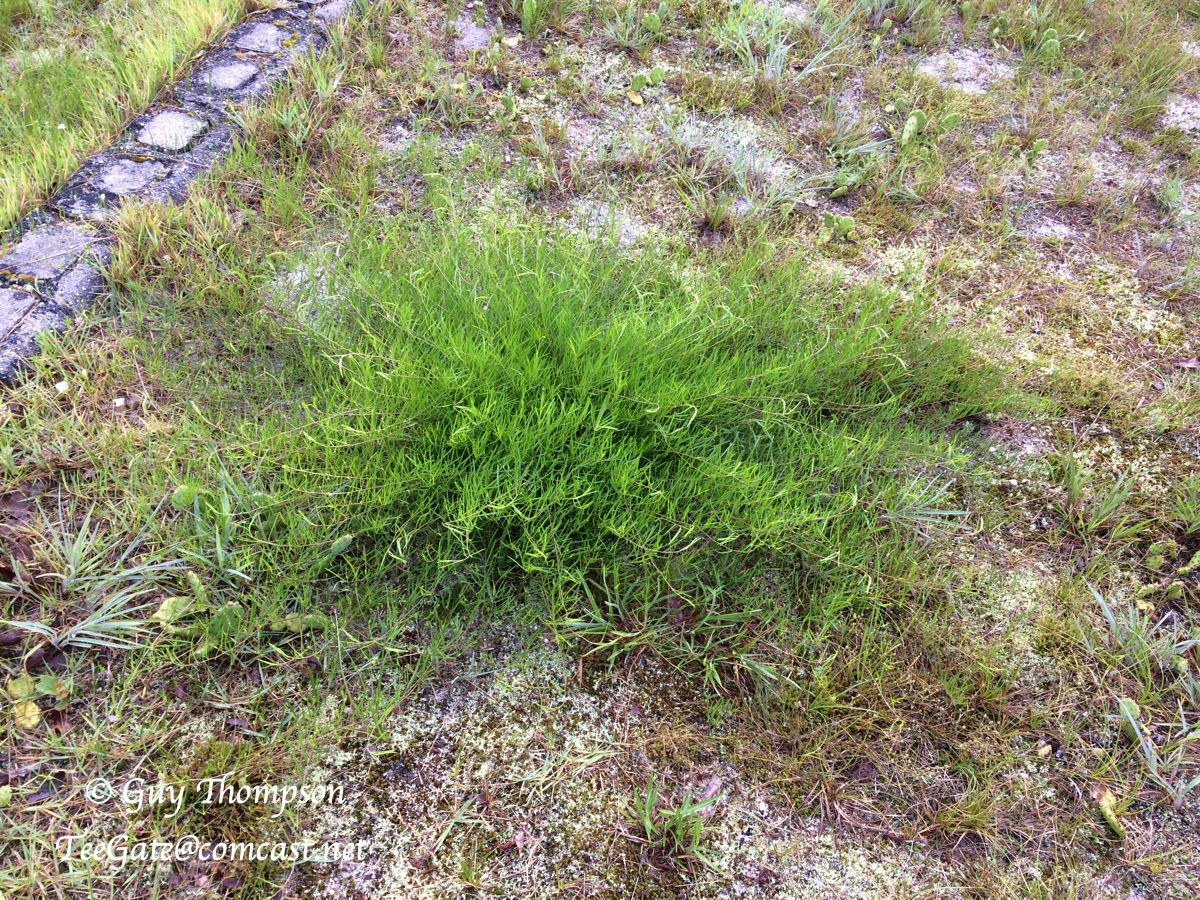 Tried to go down a road that last week had a tree across and today we were blocked by this female. Did not want to drive over her so we stood there waiting but she had more patience than us. Turned around and went home. 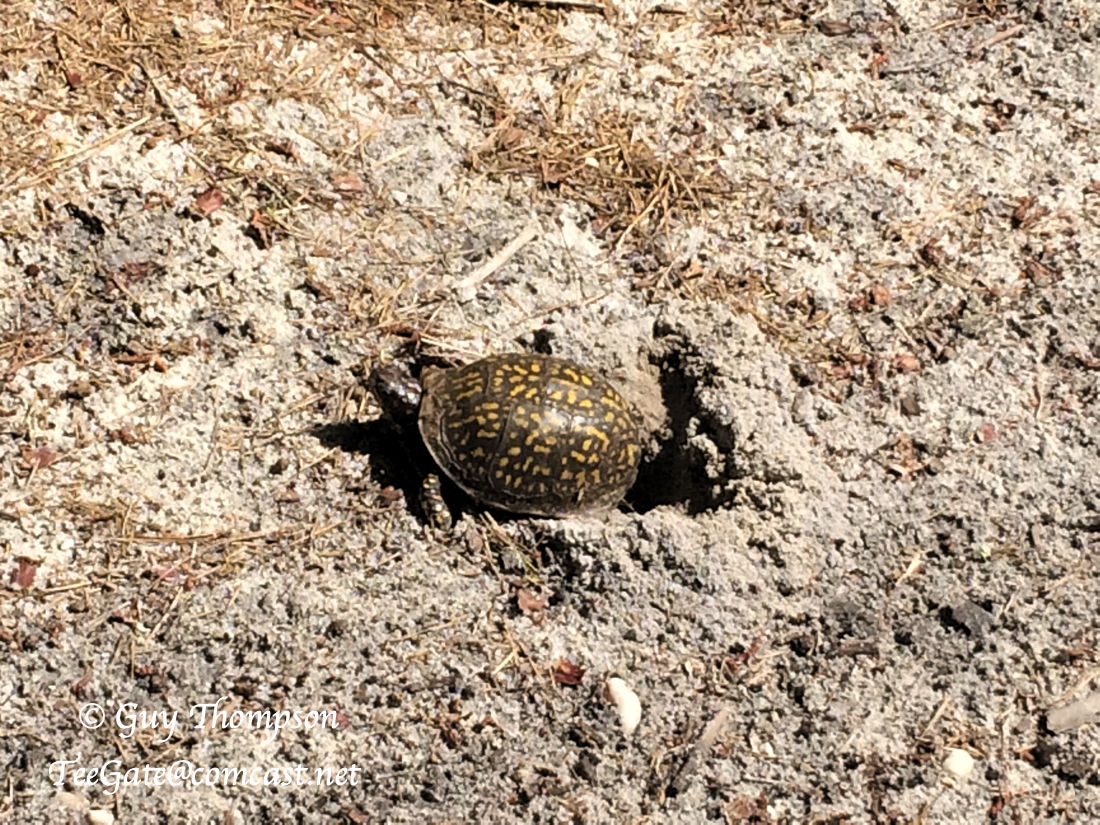 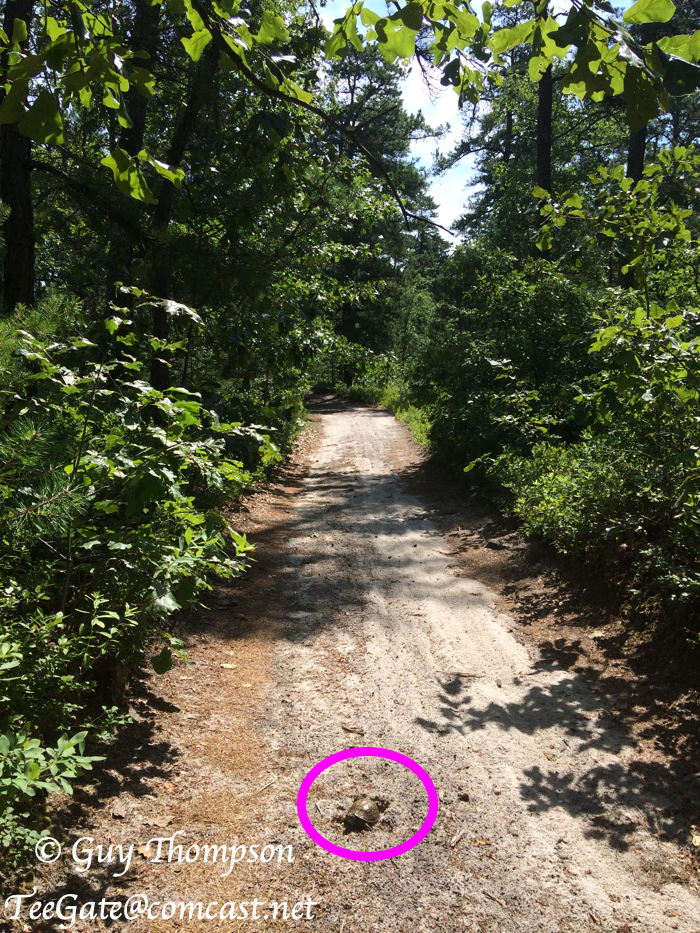