Spung near the EHC lake

You are using an out of date browser. It may not display this or other websites correctly.
You should upgrade or use an alternative browser.
M

There is a spung (or at least it appears to be a spung) near the EHC lake. I've been meaning to get back there for quite some time, but i've never attempted to go during winter. Every other time I've tried during spring/summer, the brush was too thick to get anywhere close to this feature. I always assumed this area was an old cranberry bog, but Gabe pointed out how it is most likely a spung so I really wanted to see it for myself. It was not an easy task getting here, even in winter.

I used lidar to trace an old path on top of a dune that brings you close to the edge of the spung. From there I walked down the slope to the edge, where the dry ground becomes a sponge covered with sphagnum moss. I took a step onto the area just to see how spongey it was, and sure enough my foot sank down a few inches. I stayed on the solid ground around the edge and took some pictures of what I could find. It is quite large, but i'm not sure if it can be explored without waders, and I don't think it is a good idea to walk on it anyways as it seems quite ecologically sensitive.

Here are some pictures:

On the high ground near the edge, there was a cedar that i couldn't even come close to reaching my arms around. 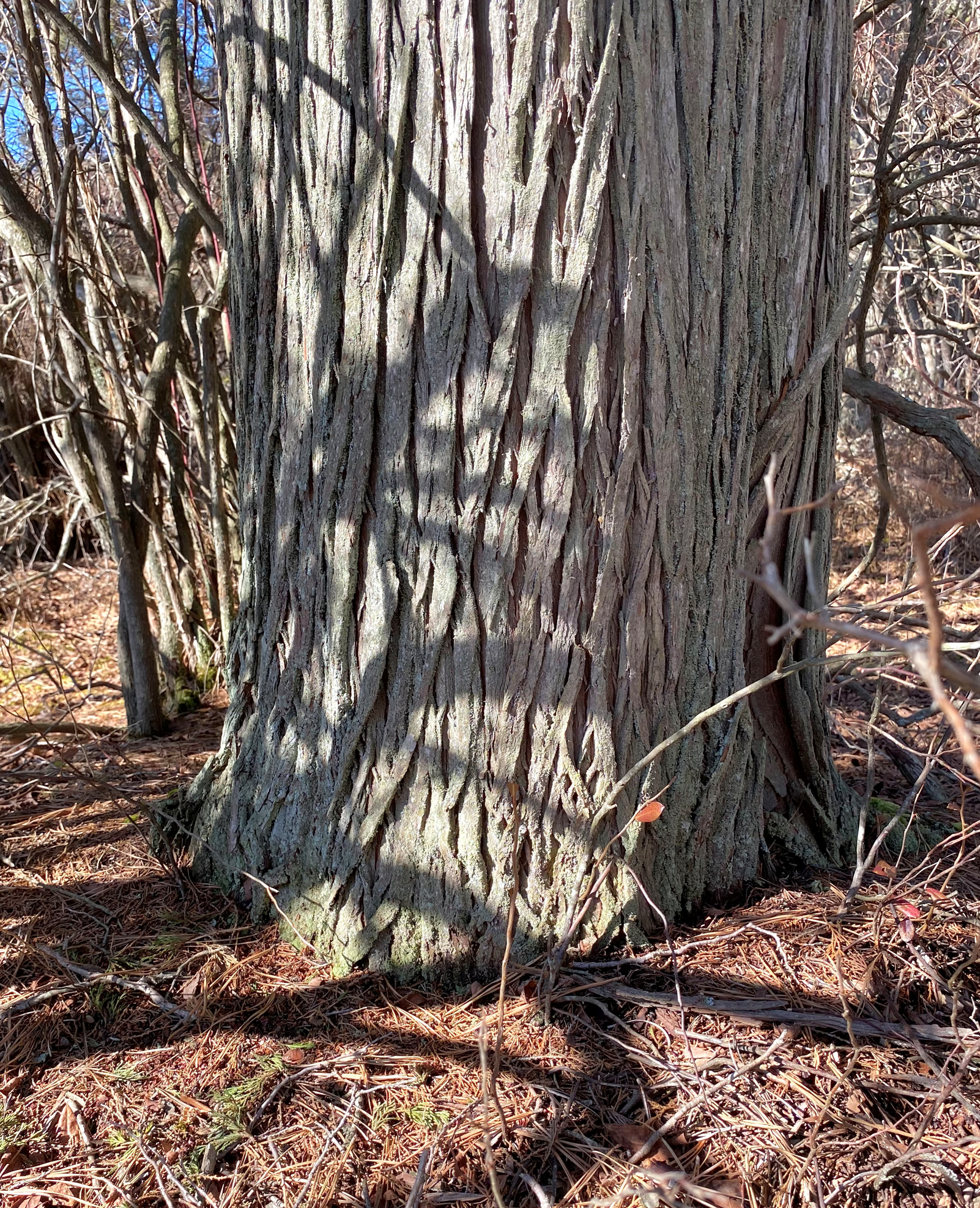 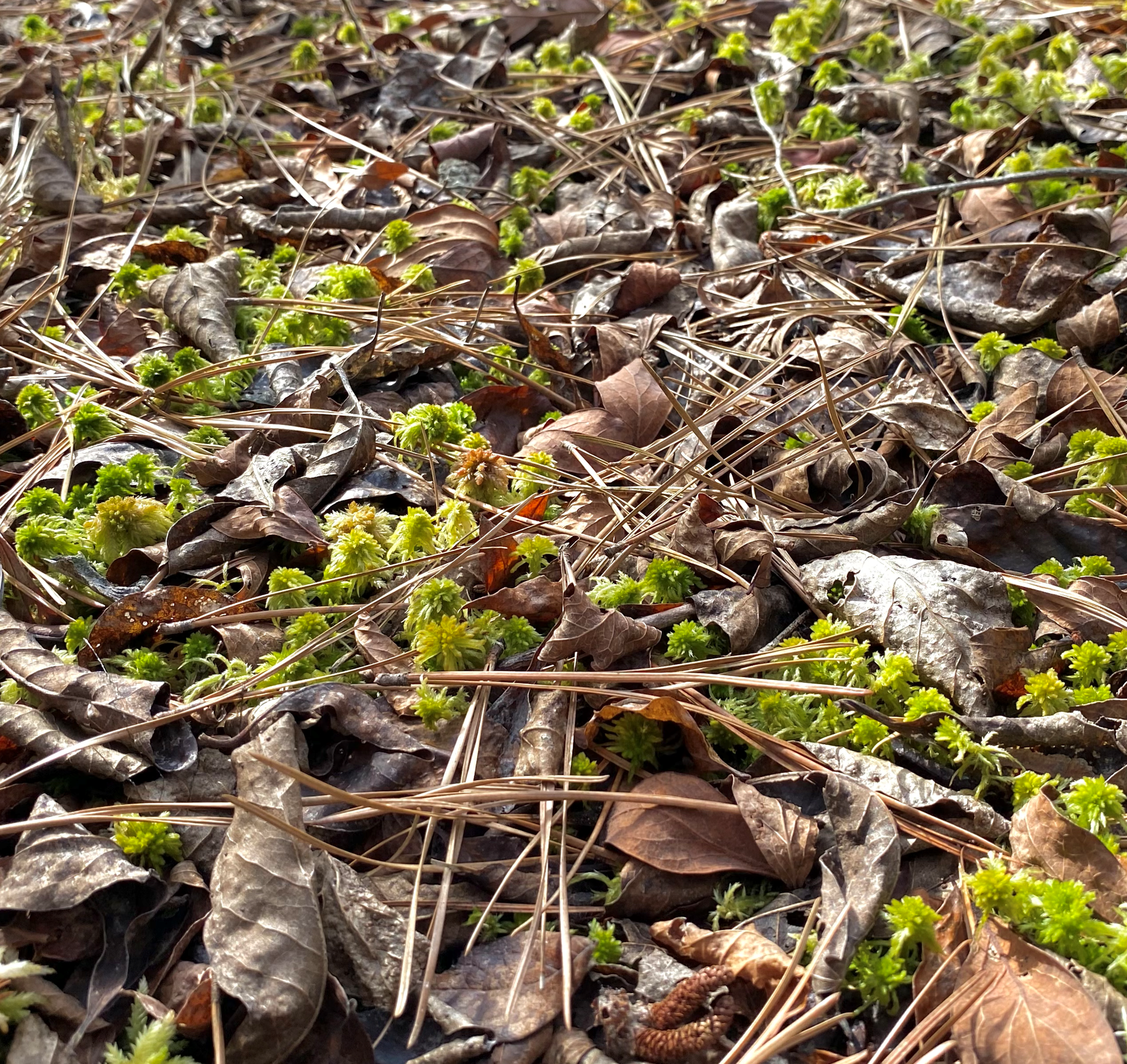 Highbush blueberry? They are larger than any other one i've seen, so i'm not entirely certain 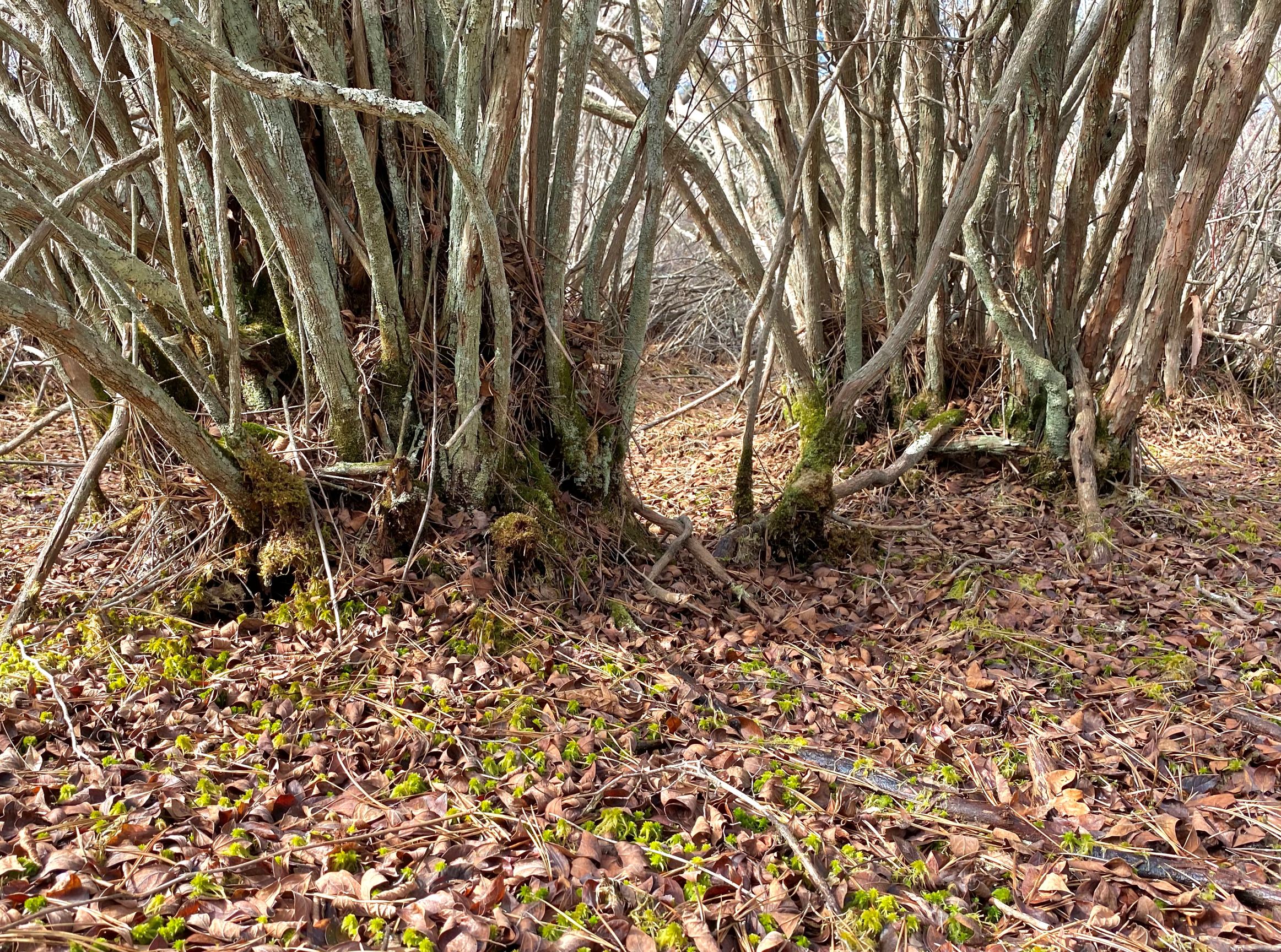 more spaghnum moss, red in color. I'm not sure why it is red compared to green. 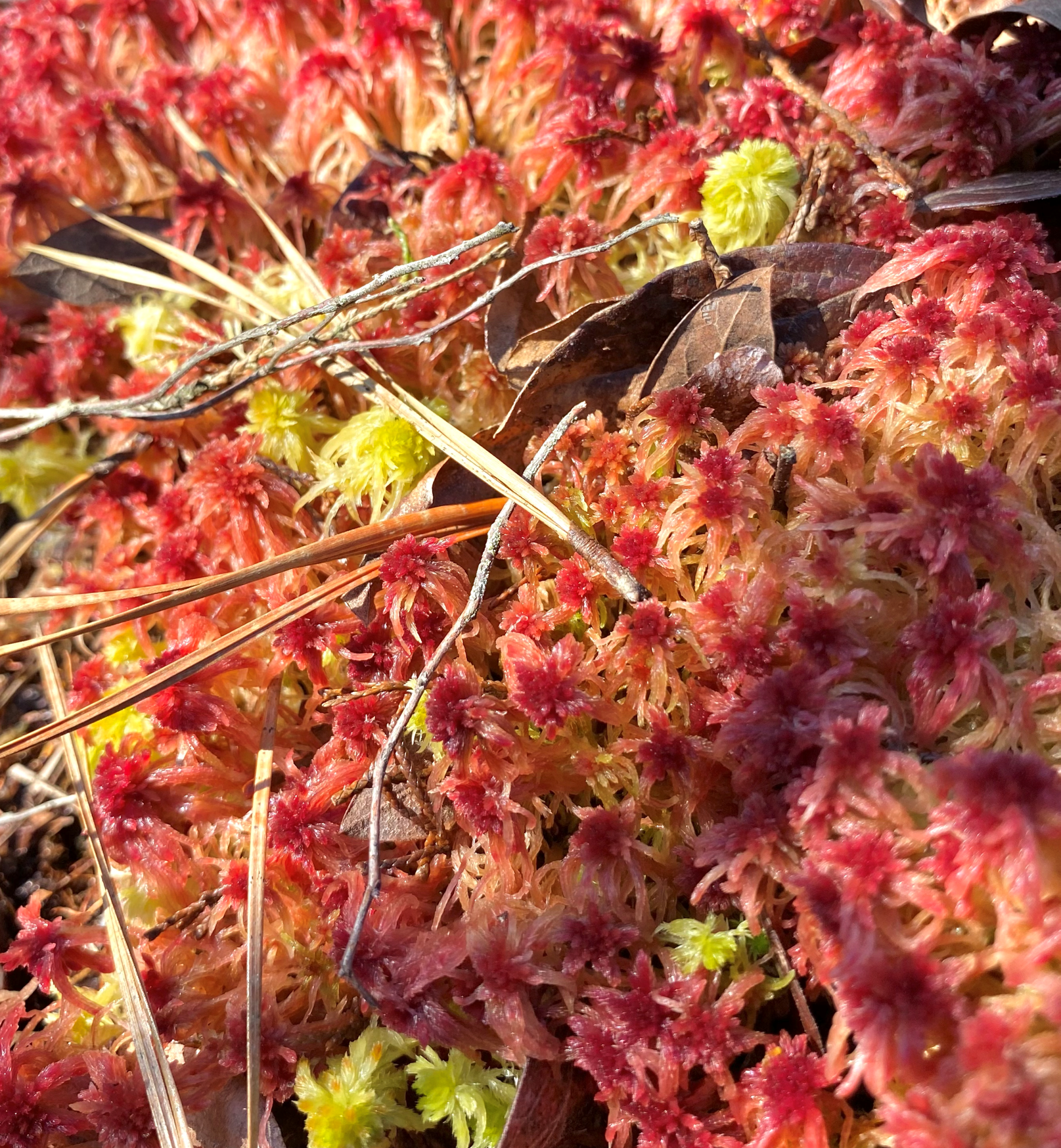 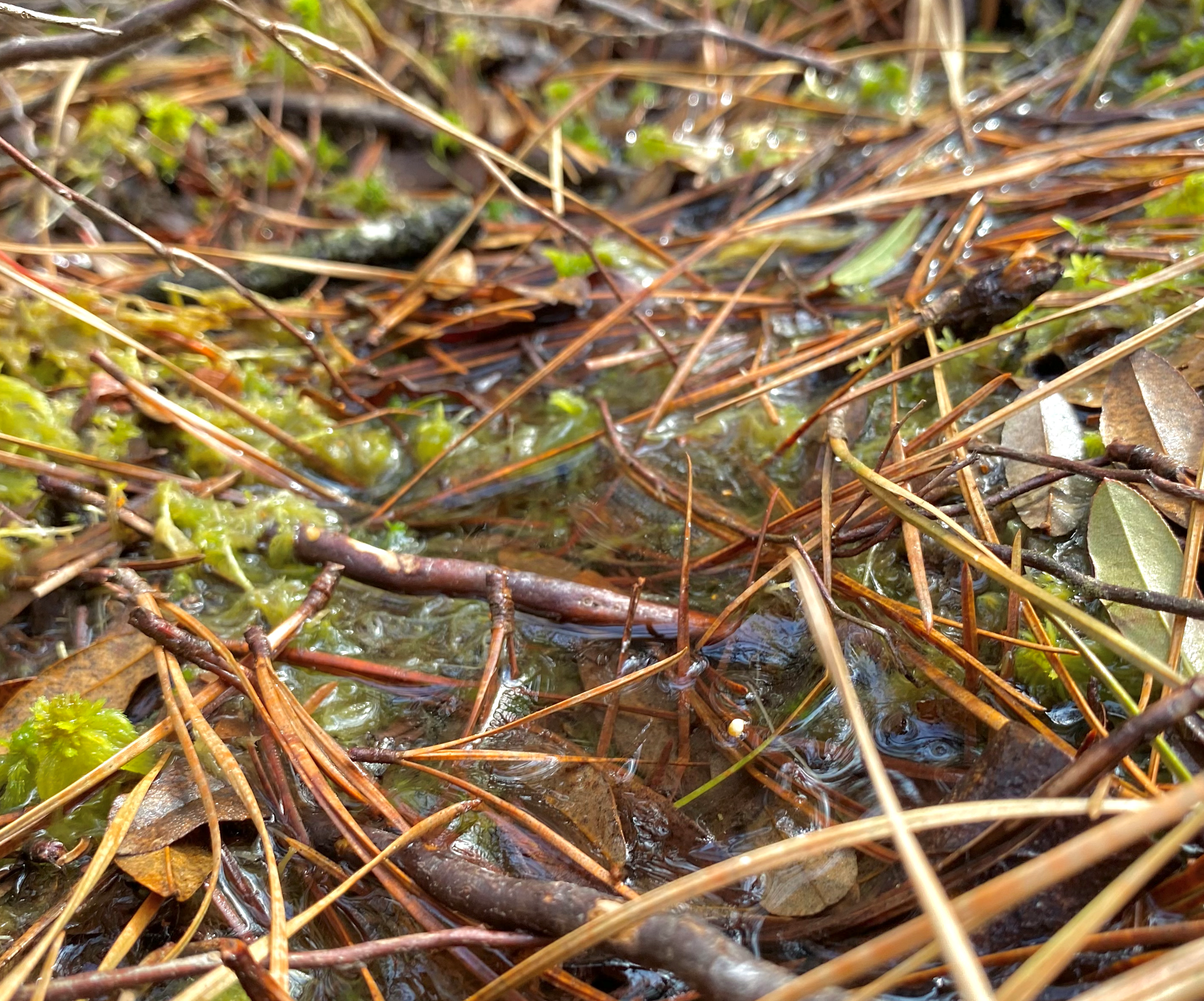