Oh once I think I may have seen a couple of wild dogs up by 532 on the Batona Trail,the discontinued section now that headed north to Panama rd.There was an old gravel pit people had been dumping refuse in and as i walked by the pit two dogs were picking through something.When they seen me they raised their hackles and started growling.We were miles from a house.I of course took it as a challenge and turned and walked rapidly toward them with a "you want some of this demeanor" and they promptly fled. I know with dogs at least turning your back and running will get you bit.The attack first approiach has successfully gotten me through several dog encounters and one with a nasty pit bull

Last Saturday I headed out alone to look for a stone deep in the woods in Woodland Township. I traveled an old path as far as I could and then headed into the briers. It took me forever to go 50 feet and when I was 40 feet from my intended location I gave up.

You can see how close I came. Late this week Bob was in the area and on his way out he found it. It was about 90 feet from where I had thought it to be on the edges of a cedar swamp, not in briers. This morning Jessica and I visited it. The stone is a solid and deeply rooted sandstone. The deed I have has names on it that I have viewed before on older deeds. It has most likely been there a long time. We followed the route Bob took out and had a much easier time getting there. 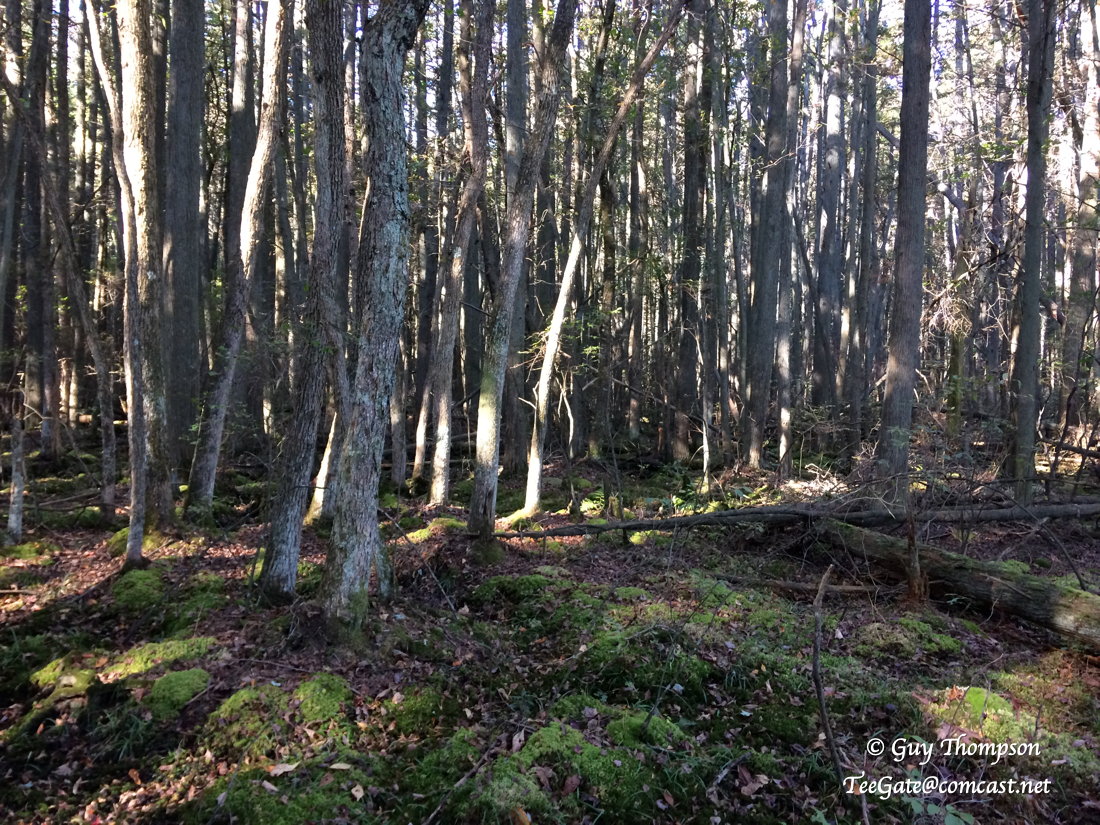 A semi large cedar tree along the way. We continued another 1000 feet looking for another stone, and after 30 minutes of looking we gave up. Another visit after some serious calculating will be required.

manumuskin said:
I once was surrounded and followed over a mile by a pack of baying hound dogs till their owner who was radio tracking them by collar caught up to us. It was on that long really tight road you (Bob) and I went down so we could walk back to the snake dens I showed you. I heard them baying and getting closer and closer to me..They actually caught me on the old cycle trail back by the dens and followed me out to the tight road.Then this guy came down the road in an old pickup.I asked them if they were his and he said yes and wondered why they were so bunched together from him tracking them,it was because they were all following me.
Click to expand...

I remember you telling me that story.
Reactions: manumuskin

We took it fairly easy today by following roads mainly on foot and entering the woods when necessary. I was really surprised when we stumbled onto what appears to be a quartz stone at one of our stops. This is a property corner in Wharton and searching my computer I believe it is the only one of it's kind I have found there. 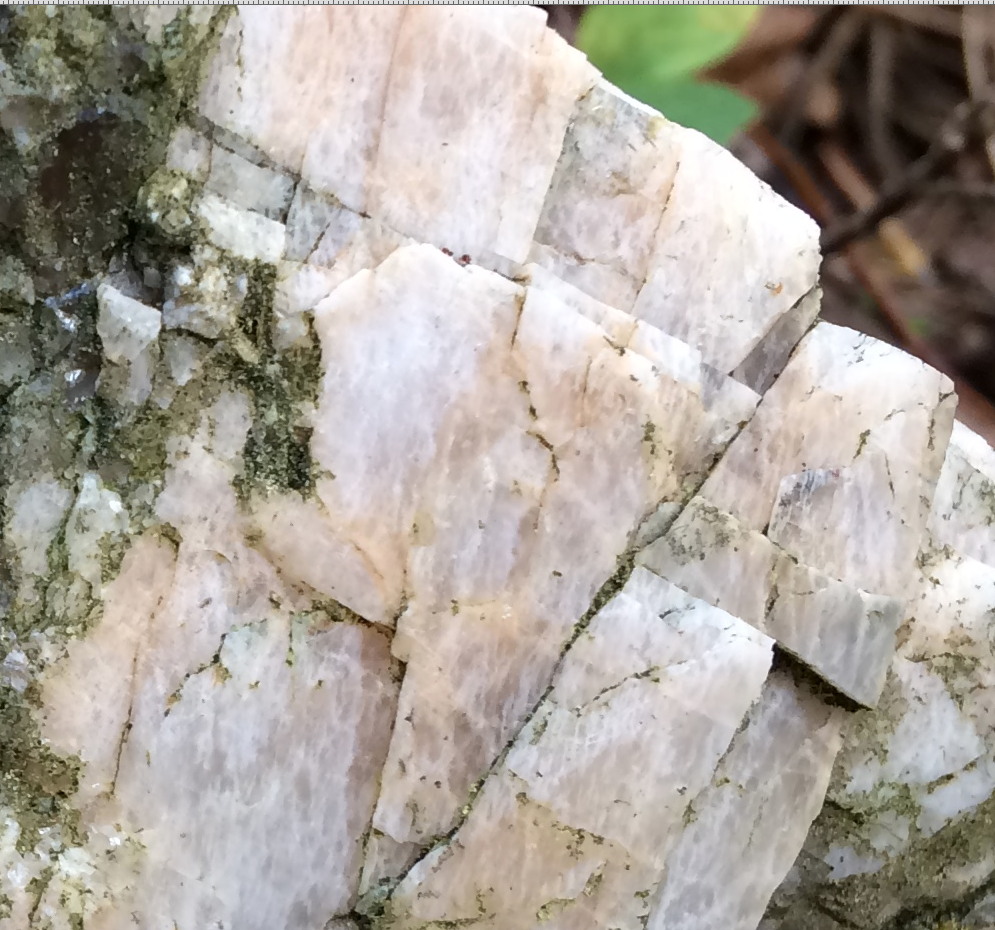 Looking for another stone all we found were the remains with the bottom up of a Wharton survey marker in the middle of a plow line. The stone was not found. If we had found it we would have been looking at a Point of Beginning property corner to Asa S. Cranmer who acquired it on August 24, 1824. One pass of a plow may have taken that piece of history from us.

State monument from the 1950s We looked for many other corners and found a few monuments, and our last stop was here where we found a granite stone next to what appears to be a cut off telephone pole. Someone really wanted to mark their corner. Nice stones! I have found several nice quartz stones down here but granite is a rarity.Some nice ones though north of Weatherby road.All cut and squared too

So I was searching my computer for "quartz" and realized that on 6/6/2004 I visited this stone with Bear and the late Kendawg. My memory is foggy after 15 years, and some of my records are poor. I was alone this morning when stone searching, so I concentrated on some of the harder stones to find with many of them dating back many many years. With most of them in a cedar swamp or the nearby edges, the chance to find them are sometimes slim. Logging and water spiriting away the soil in the swamps cause the stones to fall over and sink. And even if above ground they are extremely hard to find. Today was no exception.

Not long after sunrise I entered the woods and soon ran into this old stand just after looking back at the sunrise. 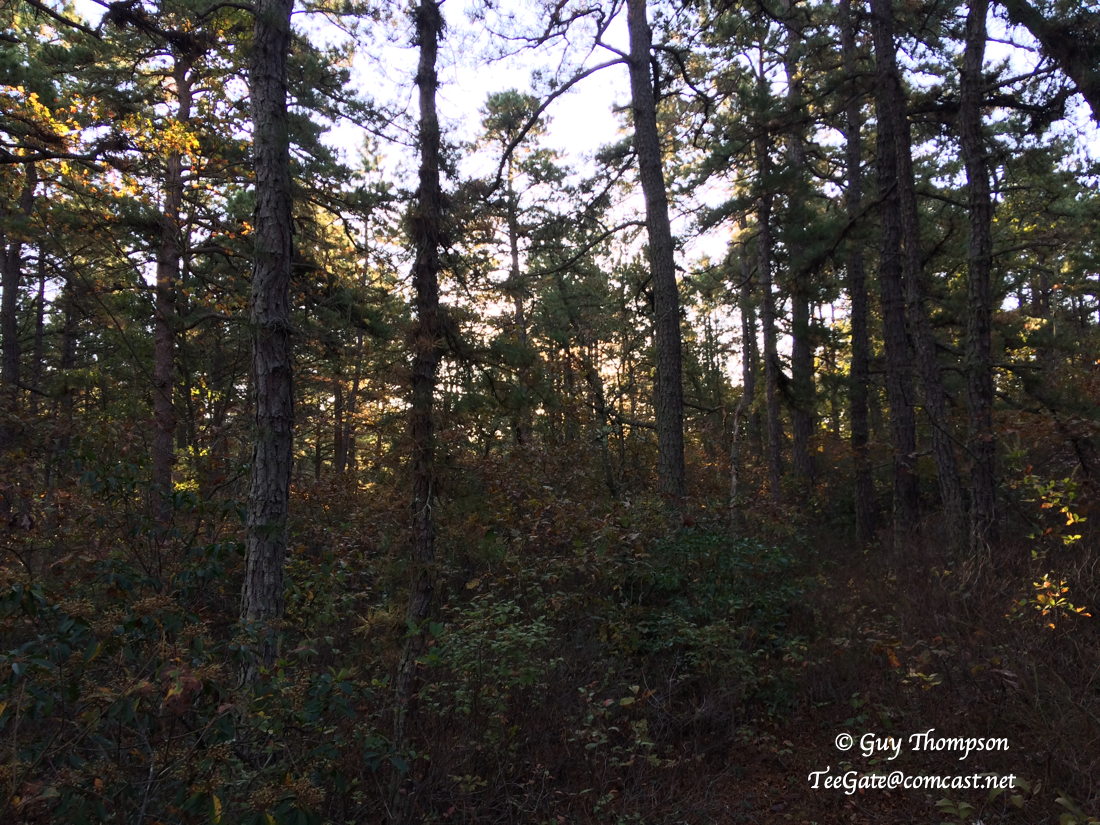 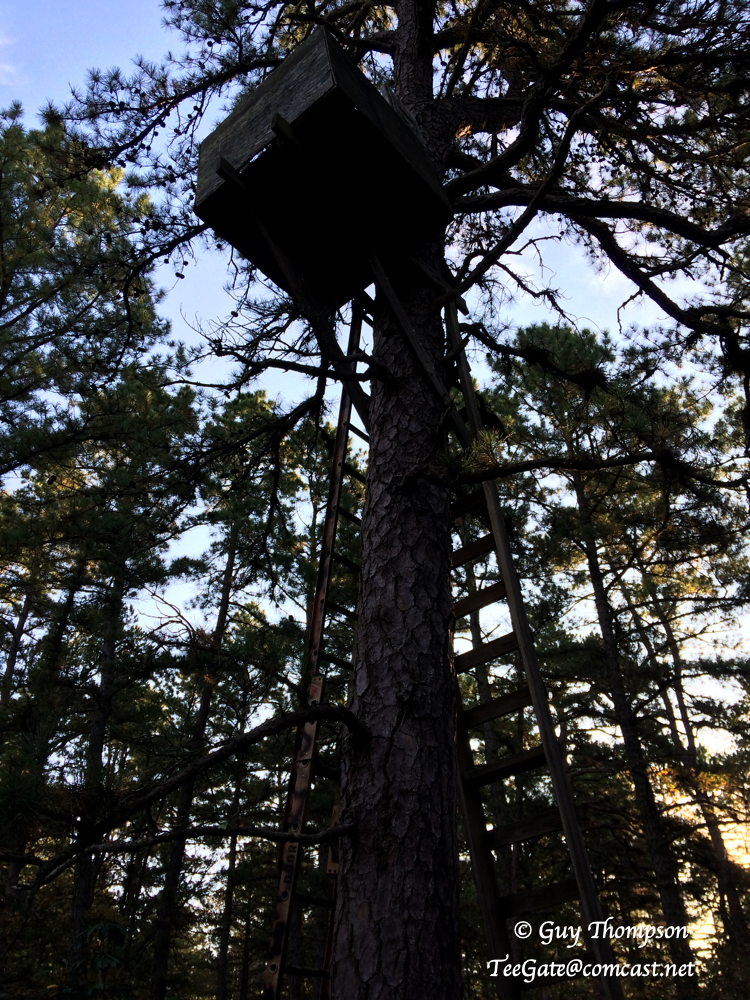 I systematically moved from location to location and then circling around looking for them. And each time I was disapointed. Along the route I sometime utilized the old corduroy roads the loggers left for me years before. Even though it wasn't a stone I was able to confirm the info I had acquired and also calculated was correct with the finding of this monument along state property. Nearby a huge tree stand warned me to not stay there long. 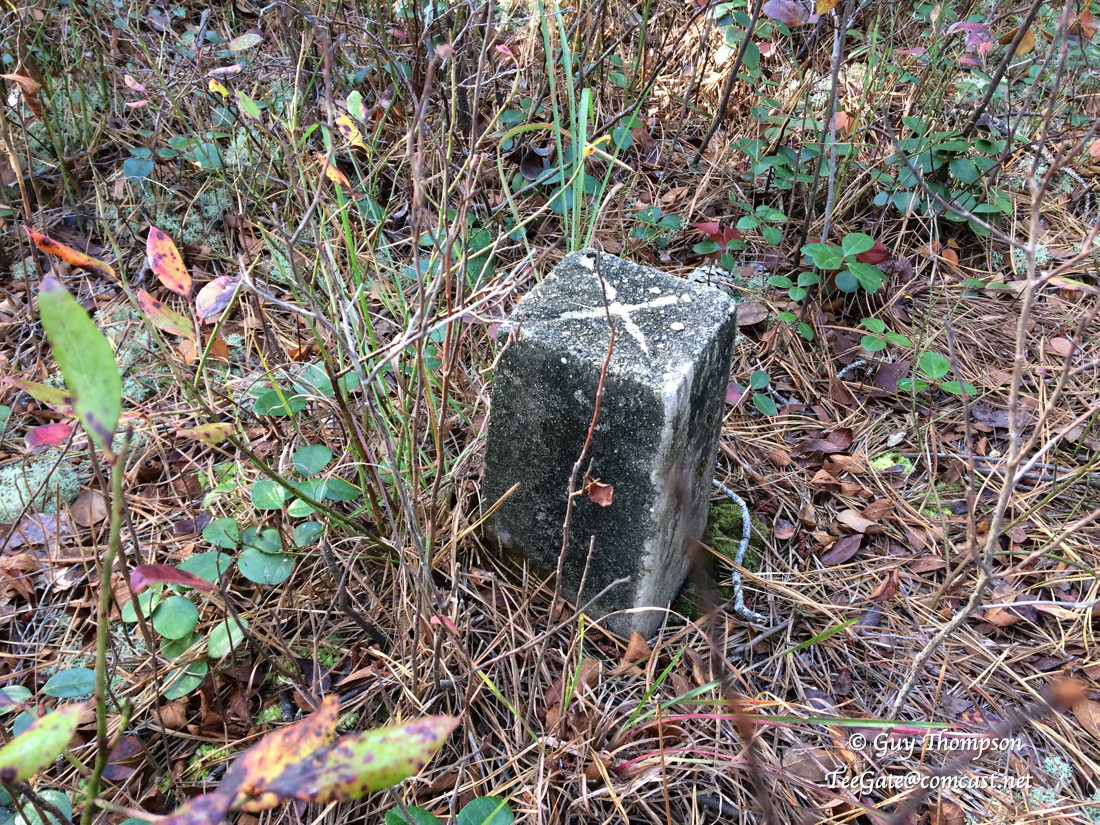 After crossing to the other side of the swamp, my route back was at times quite strenuous. This greeted me for almost a quarter mile with few breaks along the way. 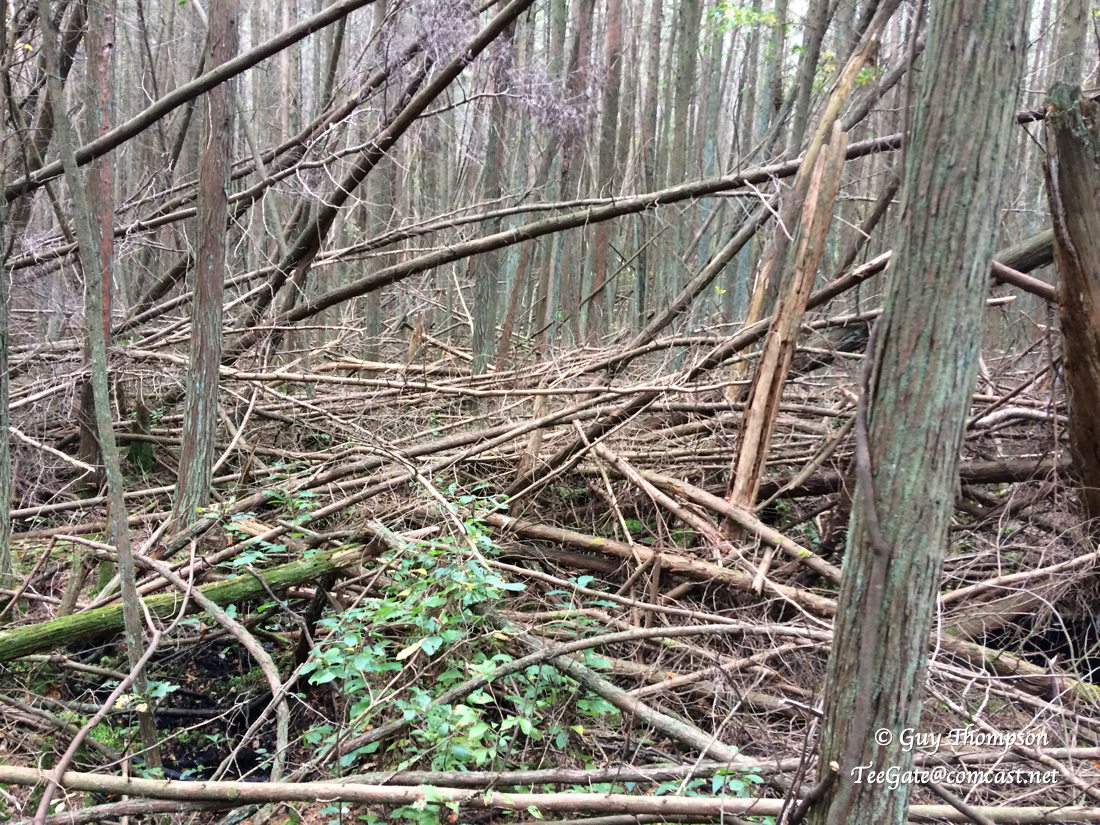 It wasn't easy even after passing the hard part. 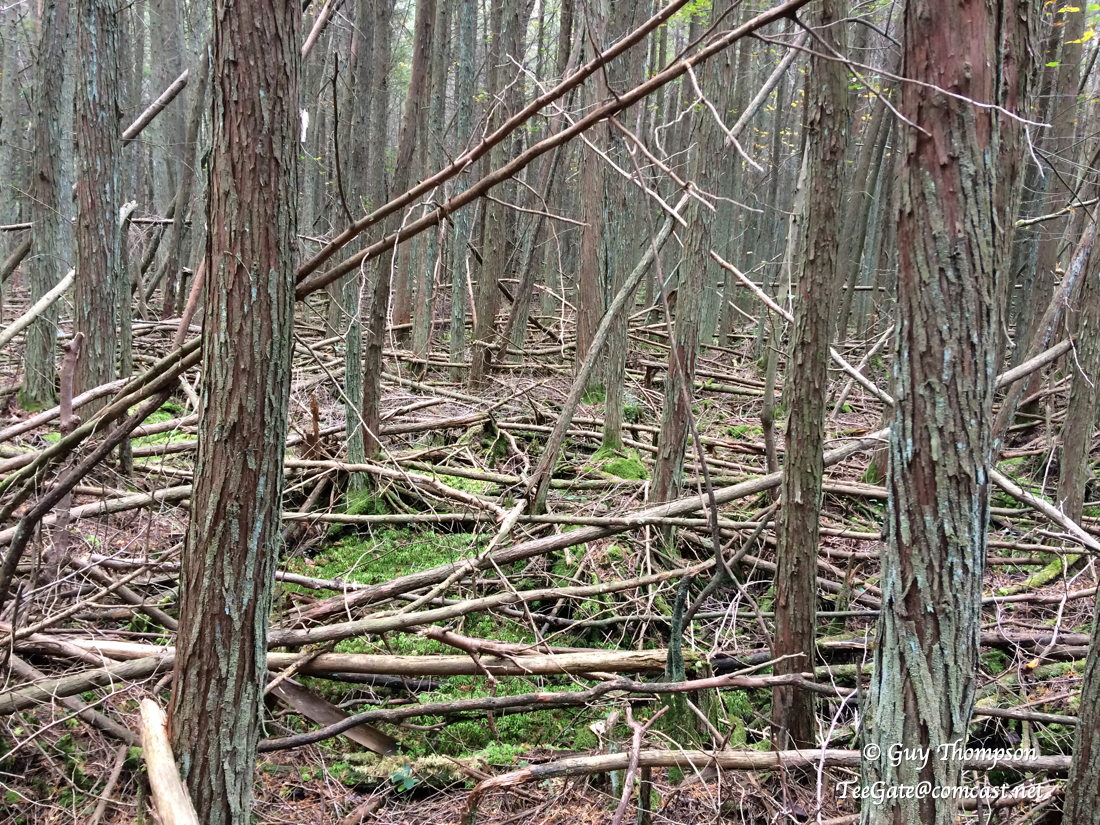 Looks like rough country.I think I see the corduroy rd on the aerial

Some of the upland area's were nice. 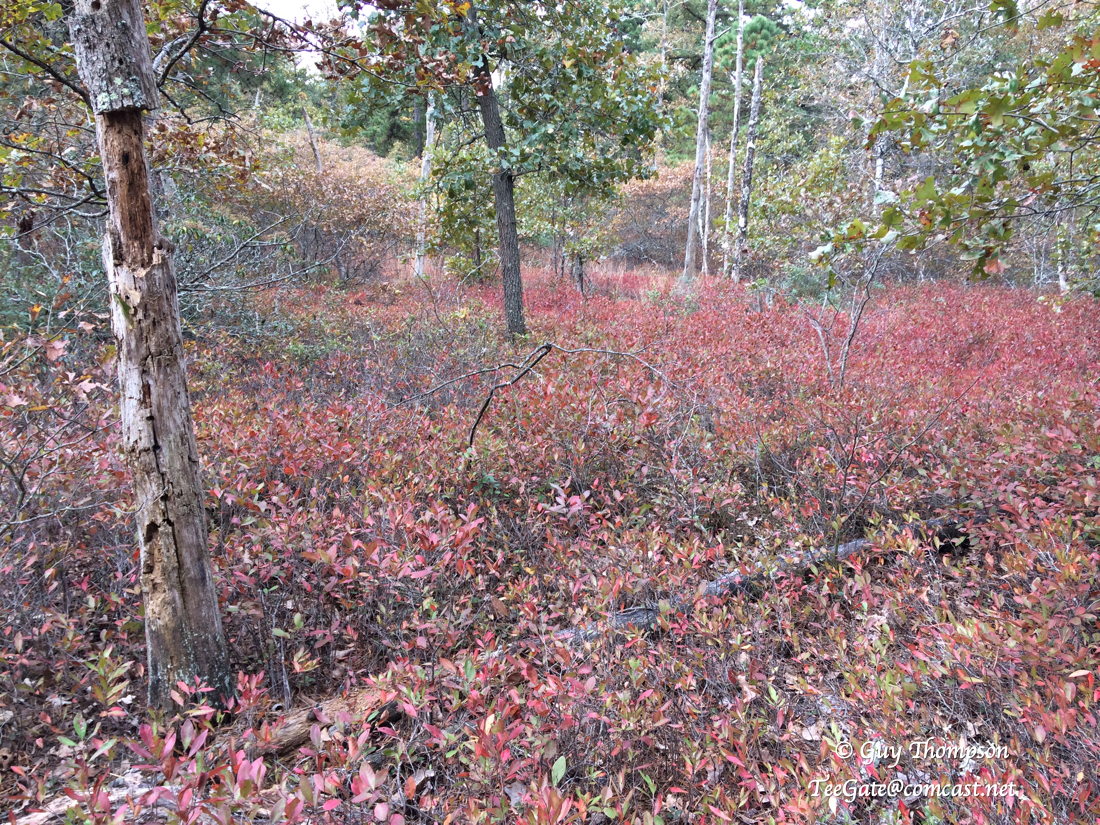 Reactions: manumuskin, John, RednekF350 and 2 others

I am working on the Old Half Way Tract again after finding a few stones in the past. I am using them to find whatever else I can. This is from one of the old deeds.

All that tract or parcel of land and premises herein after particular described, situate, lying and being in the Township of Woodland, County of Burlington and state of New Jersey. All that tract of land and premises on the Old Egg Harbor Road now generally known by the name of the South Road from Mount Misery to Cedear Bridge (spelling correct) and at a place known by the name of the Old Half Way Tract and by a partition of a larger tract there situate among Eayre Oliphant and wife of the first part, Thomas Sykes of the second part, Joseph Sykes and John Sykes Executors of Anthony Sykes Jr., of the Third part, Benjamin Sykes, George Sykes, John Sykes, Caleb Sykes and Jane his wife, of the fourth part, John S. Curtis of the fifth part and May Earl and Leah Earl of the sixth part is known as Lot Number One and is butted and bounded as follows.

This is interesting. It puts the cabin about where the clay was mined or along the edge of the southern larger lake. The GS stone (George Sykes) is no longer there.

from a stone lettered G. S. standing between three pine trees marked for corners near to and to the Southwest of three frog ponds which are about a quarter of a mile Southwardly from the cedar Log Dwelling house at the Old Half Way.

The frog ponds, he can't be referencing the clay pits, right?

I note the name Sykes. The naming of that stream then goes way back.

bobpbx said:
The frog ponds, he can't be referencing the clay pits, right?

I note the name Sykes. The naming of that stream then goes way back.
Click to expand...

There are ponds just below Old Halfway on the 1930 aerials.

There are several cellar holes at Half Way in the edge of the woods.You probably know that though

I really did not realize Old Half Way was the clay pits. I thought that Old Half Way was southeast of the pits a mile or so. When were they dug out? In the 1930's it looks like bare ground. Wasn't there a travelers rest stop there in the 19th century? If you read Beck's book he mentioned that the town was dug up to get the clay. And the deed pretty much agrees with that fact.

BTW, the above deed was written in December 1834.

bobpbx said:
The frog ponds, he can't be referencing the clay pits, right?

I note the name Sykes. The naming of that stream then goes way back.
Click to expand...

From the location of where the GS stone was the frog ponds are the three ponds at the very bottom of your photo. I think now two of them may be just one. So we currently have two ponds.

The deed does mention New Half Way which a few of the maps I have show it north of there. I will have to find the map and look it over again.

We had a little time today and headed to the Old Half Way area. Searching along the old cranberry bog at Bullock that is state owned, Jessica found another red stone. The reason I say another red stone is that after the fire in 2014 I was able to find the "Red Stone" mentioned on very old maps that I had been years in searching for. These stones appear to be the same type of stone and are semi close to each other near Old Half Way. We then looked for a stone along the county line and found it quite easily because it had been semi recently spray painted. 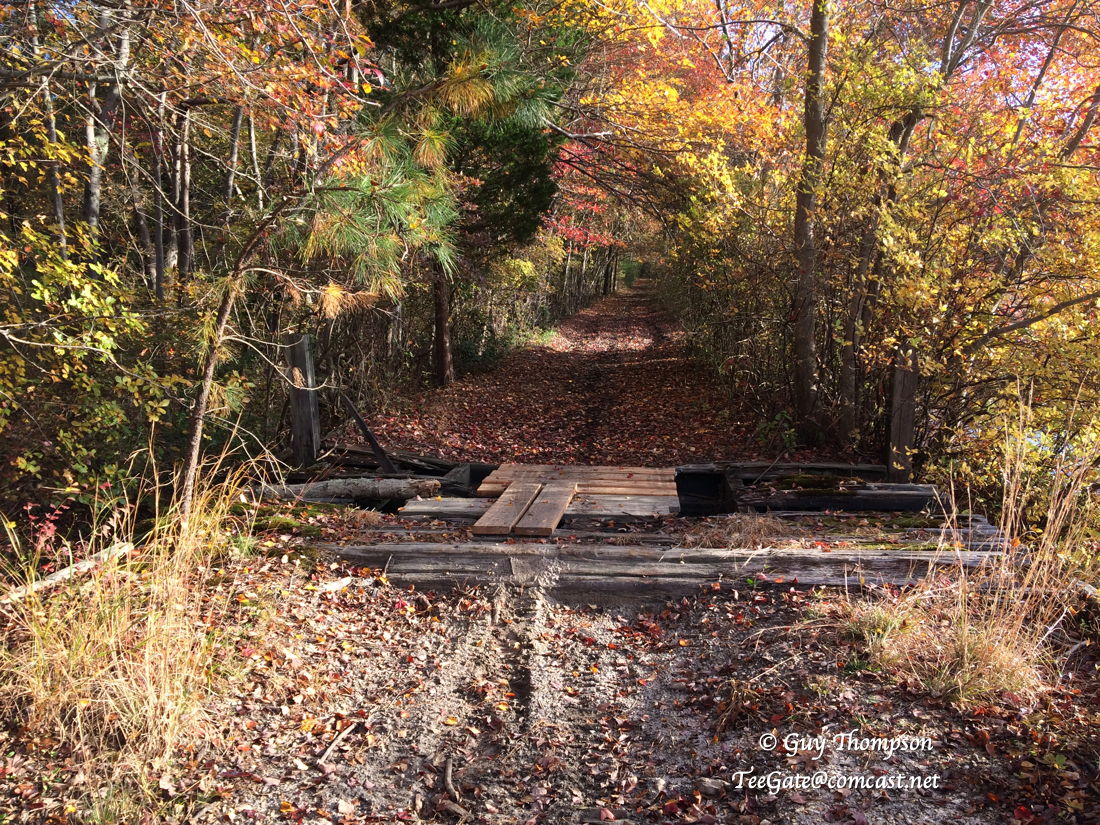