PineyPrincess said:
While the principle reason for prescribed burning is wildfire hazard reduction, it also has numerous secondary benefits, including: ~ enhanced appearances
Click to expand...

Really? Like these below? In the lower ones the guy ran the dozer right up to the cedars next to the creek. And for no logical reason.

You all really know how to put a spin on this subject. The problem is, you are not out there to see what we see.

Can anyone other than the FFS do this??????? I suspect we would need a lawyer if we did.

....."The fire probably skimmed the tree tops in that triangle and blew burning embers hundreds of yards across it. As far as the yellow shade on the east side, I really belive the wind and the road helped the fire turn....." Quoted from Bobpbx.

Bob, I respectfully disagree with your commentary. It seems that your comments contain a few suppositions....i.e. "probably", and "I believe", etc.. Star Tree hit the nail dead on. While GOD and Mother Nature certainly played a hand in the days' activities (high winds and a squall in the middle of it), prescribed burning played a major part in keeping the the main body of fire out of Bamber lakes, especially on the Northwest side of Bamber. I know, I was there, and saw firsthand how that fire progressed around Bamber Lake, and yes, it severely burned the swamp area to the South side of the lake. EXACTLY how it was planned and executed. It was a shame that such pristine Cedar was burned, but your endeared committees wouldn't allow for creating a fire break any closer to that Cedar swamp than what was performed. In this instance, the lack of a fire break allowed for this Cedar swamp to become more fuel.

Your presumption that fire embers blew in front of the main fire is correct. Known as "spotting", nothing anyone could do, or plan for, would have stopped spotting from occurring on this particular day. Winds were very high, and several attempts were made to hold the fire around the Roosevelt City area. Be that as it may, the Incident Commander of that fire made excellent decisions as to where and how to utilize these prescribed burn areas to his advantage, basically steering that fire around Bamber Lakes, and coralling it into an area with easier access points for fire apparatus and firefighters to do their jobs. If I recall correctly, there was minimal, if any, property loss on that fire. A GREAT job by those who were in charge of the fire, and those fighting it.

Teegate, After reading Star Tree's comments, I believe his comments of....."My recommendation is for the concerned public is to come along side agencies responsible for review to help them perform comprehensive work. The process that is in place does work but there is always room for improvement...." invites the concerned public to offer up recommendations and insight to the committees that make the very decisions being debated on this site.

Again, ALL input, by ALL parties, makes for a better enviroment. While everyone will not be pleased by some ultimate decisions, I believe that ALL parties concerned are striving to ensure that our forest lands and enviroment are maintained in the best manner possible for future generations to enjoy.
Reactions: PineyPrincess

Prescribed burning in the pine barrens is conducted to create a fire break to protect life and property in the event of a wildfire. A fire line is plowed to contain the prescribe burn, not to walk down with a drip torch as someone previously argued. In regards to destruction caused to the forest as a result of prescribed burning, the devastation would be far greater if affected by a wildfire. The destruction in the woods is not by fire lines being plowed but by the individuals who are out there on motorcycles, quads and monster trucks. These individuals have no concern for the forest or private property. 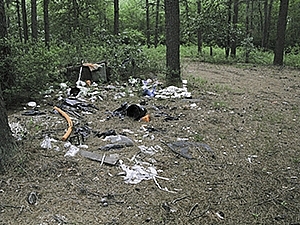 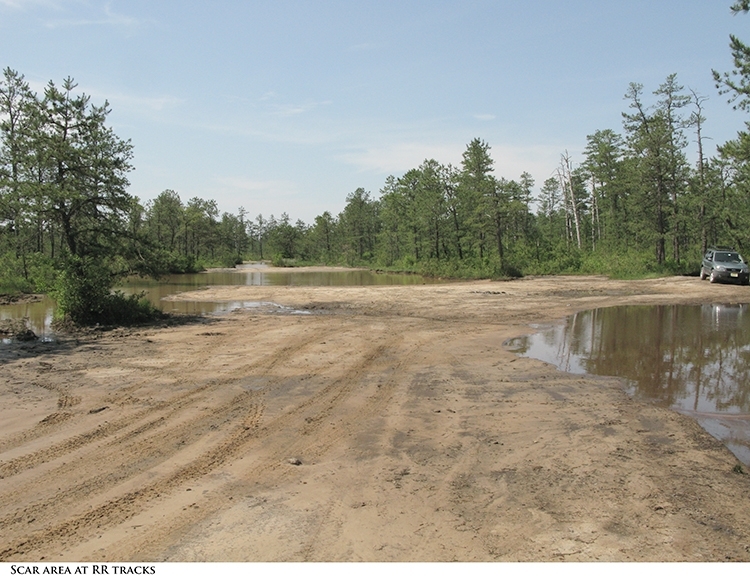 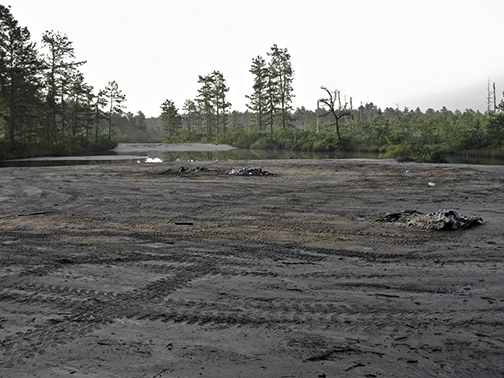 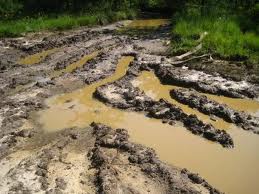 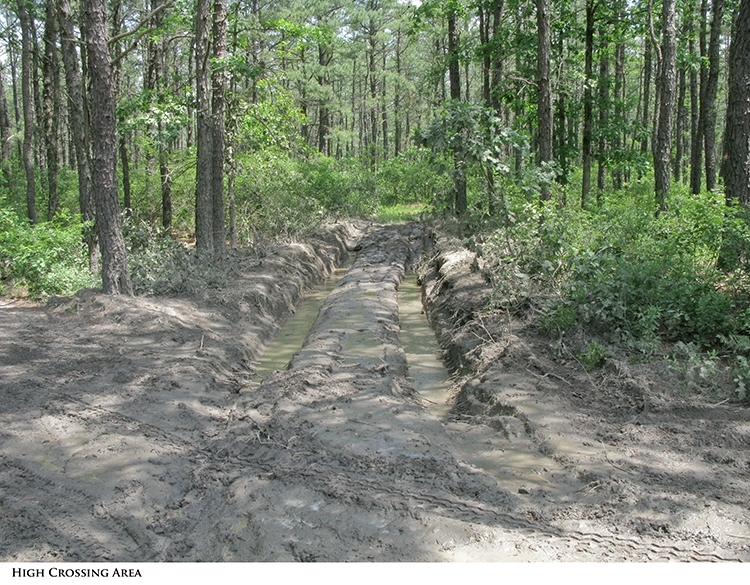 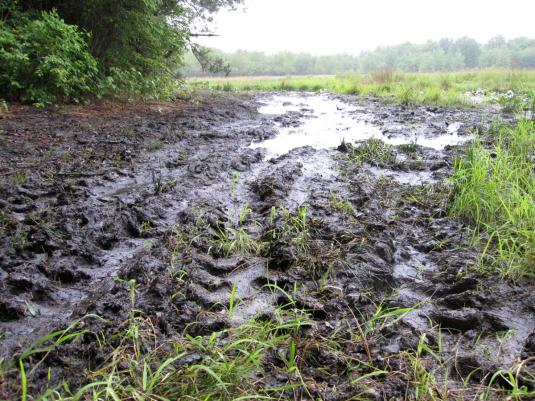 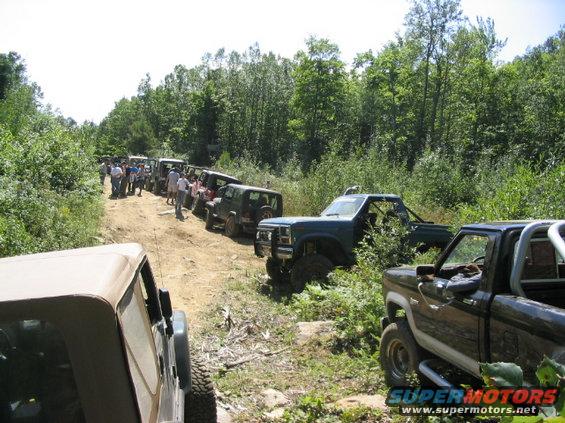 Piney Princess.....is a drip torch the same as a "drip flame fire starter"? I think I read that somewhere in this thread. Well said about the misuse of our wildland areas by irresponsible individuals. The off-road park near Chatsworth was a great place for these folks to really enjoy their off road vehicles, but when the land lease wasn't renewed, it left the folks without a viable area to enjoy their vehicles. It's a shame that both state and private land(s) have been mistreated by some. It seems that the NJFFS becomes the scapegoat for these individuals who don't respect the state or private land ownership, and tear up our forests and such.

How about this??? ALL posters here on this site, if you see someone, anyone, riding down these fire lines, plow lines, etc., notify the Park Police or NJFFS, so something might be done about it immediately. This way, the offenders are dealt with in the proper manner. AGREED ????

Vollie, just a heads up regarding the rider issue. There were quite a number of posts regarding that topic. All wound up in the 'Slag Heap' when the 'discussion' became a bit more than that. It is the last forum listed and they are still there, frozen in time.

46er said:
Vollie, just a heads up regarding the rider issue. There were quite a number of posts regarding that topic. All wound up in the 'Slag Heap' when the 'discussion' became a bit more than that. It is the last forum listed and they are still there, frozen in time.
Click to expand...

I believe there was a moratorium put into place, right? Yes, its totally cool to blast the FFS for keeping the forests healthy in too sloppy a manner, but don't you dare speak ill of those who destroy for fun.
L

Bobbleton.......not too sure what your post meant with regards to....." but don't you dare speak ill of those who destroy for fun.....". I also don't quite nunderstand how the FFS keeps the forest healthy in ......"too sloppy a manner"..... If you're referencing plow lines, or fire lines, they are put into place according to what is deemed appropriate for the safety of the personnel, and the woodlands ,to make sure fire stays within the boundaries for said burn project.

The never ending story. I'm not sure any solution or good will be reached on this site. The bottom line is most of the people making the decisions don't know the woods too well, that is the frustration for many of us. I see a rattlesnake den get steamrolled for no reason after the state approved the action, makes little sense. The other thing i still don't feel like some people are grasping is that the barrens doesn't exist without fire, its an environment created by fire, not by fire suppression. I get that homes can burn down, that is why homes shouldn't be built there, in the same way homes shouldn't be built on barrier islands. Fire is not a threat to the barrens the abscence of fire is, or am I just totally off base? Please correct me if I am, I'm here to learn.

Vollie regarding the calling park police if you see ATVs, from my exp that never helps, I've called but its hard for them to respond in time.
Reactions: Teegate and manumuskin

dragoncjo said:
I'm not sure any solution or good will be reached on this site.
Click to expand...

Clearly it cannot. Each side is just preaching to their own choir.

Have to side with Dragon on this.Nothin purtier then a patch of woods twenty years after a wildfire burns it to the ground.The big 82 burn west of 206 and south of the Mullica is a prime example.It's actually starting to get thick again in spots.

Manumuskin thanks for the scripture quote. It is easy for folks to push past boundaries of behavior when they are passionate about a subject.
I would like to respectively disagree bobpbx’s assessment of the effectiveness of the prescribed fire in relation to the protection of communities during the 1995 Greenwood Wildfire. I agree, as you pointed out, that Bamber Lake and Chamberland Branch did a lot to protect Bamber and to check that portion of the head fire. This shows the value of building a community on the east side of a substantial area of wet ground (something that smart old timers figured out) to protect communities in the Pinelands. However, prescribed fire played a major role also.
The Greenwood Fire started in two separate locations, miles apart. The first fire started near the Switlik Line, north of Bloody Ridge Rd.. That fire defied several efforts of control and first crossed 539 near the Painted Rock, also crossing and going around the small burn unit shown on my photo. While fire fighters were attempting to contain that fire west of Mule Rd it was discovered that a second fire was burning along Dover Hill Rd, west of 539. The north side of Dover Hill Rd had been prescribed burned several weeks prior. At that time, the fire was burning on a hard SW wind. The burn unit not only effectively kept the fire out of the community of Timber Green, but also allowed fire fighters to confidently backfire Dover Hill Rd, containing that portion of the fire. If the fire had been allowed to spread farther north, west of 539, it could have swept across Roosevelt City after the wind shift to NW that came with the frontal passage.
The large burn unit along Lacey Rd was also instrumental. If it were not there, fire fighters would have had to try to make a stand on Lacey Rd., possibly tying in behind the homes along Dover Rd. Even if this operation were successful, it would have tied up many resources all the while the main fire was heading like an express train toward Waretown. Even though this burn unit had been prescribed burned hard, the wildfire threw numerous spot fires through out the block. These fires took hold and skunked around out there for weeks.
I am going to stick to my guns on this issue.
The attached photo is of the fire approaching the intersection of Dover Rd and Mule Rd. Fire apparatus can be seen out in front of the main fire back firing Mule Rd.

The scripture quote is known as a signature file.Wasn't intended for anyone in particular,it's in every post I make.If the Bible offends you I won't remove it.
Reactions: joc

Absolutely no offense taken. I just thought it was overall very appropriate.

okay I thought you thought I was preaching to you.sorry about the misunderstanding.

local vollie said:
....." I know, I was there, and saw firsthand how that fire progressed around Bamber Lake, and yes, it severely burned the swamp area to the South side of the lake. EXACTLY how it was planned and executed. It was a shame that such pristine Cedar was burned, but your endeared committees wouldn't allow for creating a fire break any closer to that Cedar swamp than what was performed.
Click to expand...

Vollie, in my humble, obsequious opinion, you are really stretching it a tad. Exactly as you planned it eh? Remember son, I live in Bamber, and have for 30 years. I've been to that swamp on both sides. Nobody in the fire service steered the fire in the direction of that cedar swamp with a long exultant cry of "corral her there boys, she'll burn that and leave Bamber alone!". Anybody would have been a fool to do that, you'd be a cinder and we'd have a hard time finding your truck, never mind your body.

PS: You say nobody allowed you to build a firebreak there, and that is why the swamp burned? Do you really believe that firebreak would have stopped that fire? C'mon, be honest with yourself.
Reactions: pinelandpaddler