Looking for info on an abandoned/collapsed house (?) just off Stokes Road in Indian Mills

Apologies if this has already been posted about, but I'm wondering if anyone has any information or stories to share about this abandoned (and now mostly collapsed) building located in the middle of a field just off Stokes Road in Indian Mills. This was super close to where I grew up and my brothers and I used to explore the ruins as kids, but I never really knew the story behind this place and I'm kinda curious now. Memories are a little fuzzy, but I remember it still had a bunch of furniture littered all around it, mattress and chairs, etc...nothing especially old-looking, but enough to make me suspect that it had been a residence once. It also looked like maybe it had burned at some point--scorch marks were still visible, and the roof was pretty charred and burned out. Pretty creepy place.

The ruins are in a patch of trees in the middle of a field across from and just slightly past the Pine Belt gun club. You can't really see it from the road anymore but here's the site on Googlemaps (you can barely see the outlines of the building in the little overgrown patch in the middle of the field). Also a photo attached of the house itself, courtesy of my photographer brother (check out some of his other Pinelands shots too if you're so inclined!).

Any information about this place welcome. It's an old childhood stomping ground for me, so I'd be really interested in hearing more about it.

I don't know much about the farm but I can get you started.

Lately it has been farmed by one of the Abrams boys. At one time Samuel Still grandson of Dr. James (black doctor of the pines) Still's brother John lived there. I don't know if he owned it or just rented, but the stills lived there for many generation. An old friend of mine, Evelyn (Still) Broy was born there.

Several years ago the township was going to condemn (eminent domain) the property and build a gymnasium and sports complex there until they found out it was approved for a 17 home subdivision and it would be too expensive, so they dropped that idea.

I think it was originally the old Wilkinson homestead, but I don't want to go by memory. I have the information in the basement, but right now I am immobile, my whole world is as far as I can reach from my lazy boy recliner. But do not worry the doctor says I will pull through okay if I follow his advise and have a couple of cold beers each night before bed. If you need any medical advice his name is Dr. Don Catts.

Samuel Still lived on this farm 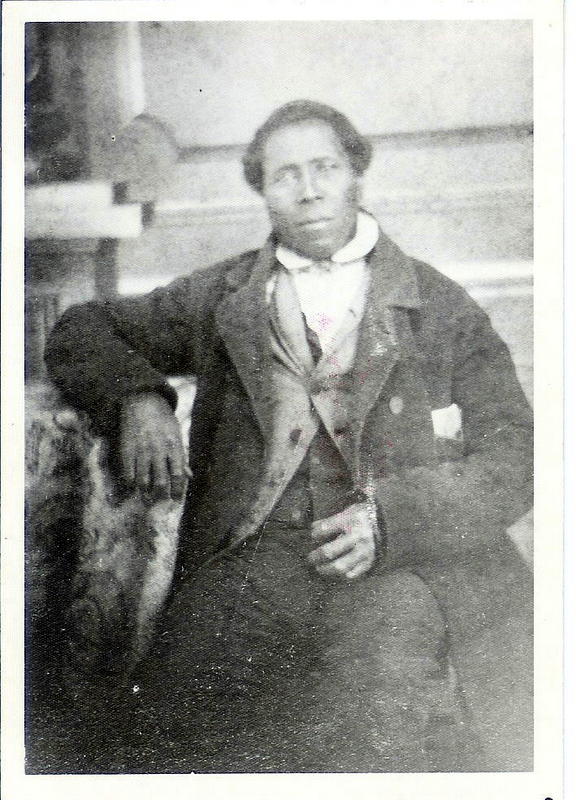 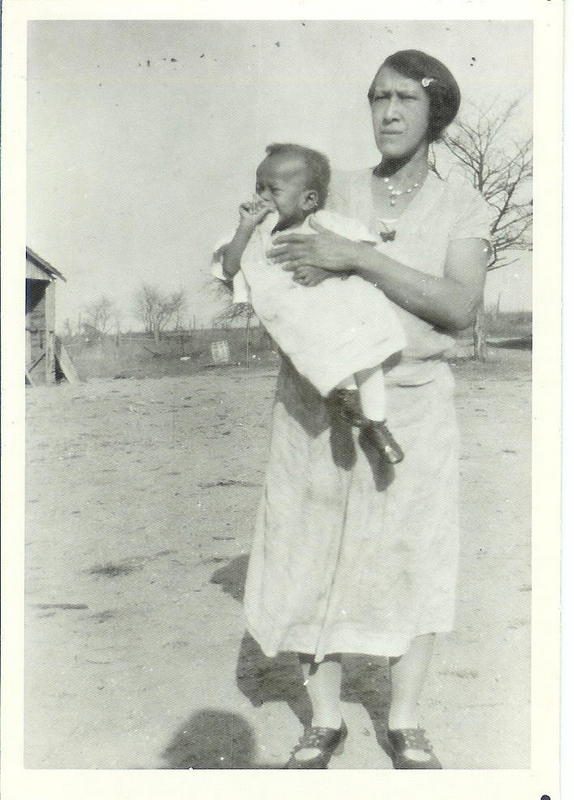 Samuel picking potatoes on the farm, the boy is Salmon Hart 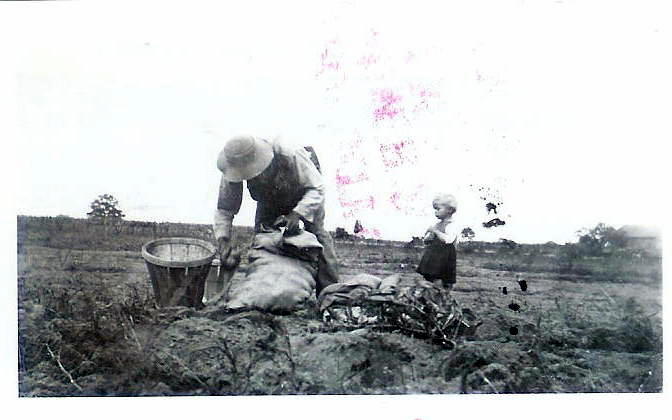 Son Joseph with Shep on the farm 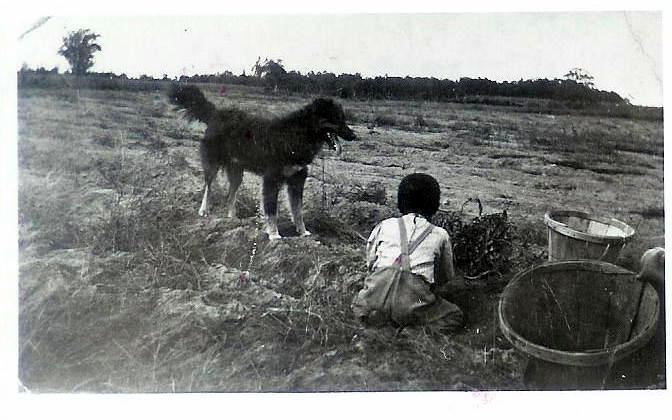 Reactions: emoo125, John, SuperChooch and 3 others

Dr. Don, I've been on that same prescription for years!

I hope you pull through. Just reach down with your right hand onto the lever and pull hard. You'll be up and out in no time.

PS: I was going to say that I wish my grandson could work in the field like that, but then realized maybe young joseph is just putting a stick into an ant hill to see what happens! But I can't imagine any young boy doing that.
Reactions: Don Catts

Don Catts said:
Lately it has been farmed by one of the Abrams boys.
Click to expand...

Very cool Don, that's what I was thinking as soon as I saw this thread. One of the Abrams boys was my landlord 20 some years ago.

I just re-read Beck's chapter on James Still in "Forgotten Towns" a few days ago. Quite a remarkable man.
Reactions: Don Catts

bobpbx said:
Dr. Don, I've been on that same prescription for years!

I hope you pull through. Just reach down with your right hand onto the lever and pull hard. You'll be up and out in no time.

PS: I was going to say that I wish my grandson could work in the field like that, but then realized maybe young joseph is just putting a stick into an ant hill to see what happens! But I can't imagine any young boy doing that.
Click to expand...

I always do what the doctor says.

I don't think you will be seeing kids in the fields anymore. The farmers themselves don't even tough the ground. Everything is done on farm equipment and with the GPS soon they will not even be on the equipment.

Boyd said:
Very cool Don, that's what I was thinking as soon as I saw this thread. One of the Abrams boys was my landlord 20 some years ago.

I just re-read Beck's chapter on James Still in "Forgotten Towns" a few days ago. Quite a remarkable man.
Click to expand...

Yea Boyd,
the Abrams' are farming just about all of Shamong Twp and some of Tabernacle. They have a GPS system down on the homestead that they are using to fertilize right now, no planting or tilling yet.

Wow, super interesting info! Lots of history there, thanks so much for sharing. I had actually wondered if there was a Still connection there somewhere...we grew up with stories of the cemetery nearby, and one of my older brothers suspects he may have come across it once or twice in his wanderings. As kids we had a path that began in our backyard on Grassy Lake Road and ran through the woods all the way to those fields...lots of childhood memories from exploring around those parts. I remember walking it with my Dad and him saying that the Stills were buried "somewhere around here". There were other things too--just off that path and alongside the field adjacent to the one with the house in it, there was also an old collapsed cabin in the woods that I often wondered about, very dilapidated and forgotten. I've heard that the Indian Mills Historical Society has actually located the cemetery, though, and is now restoring it, which is wonderful!
Reactions: Spung-Man

The cabin you refer too was at the rear of old Catherine Harczyenski's property, which today is the Rutland Court housing development. The Still Cemetery was also on this property. Although it was called a cemetery at the time it was just a small spot in the woods across from their home where the Still's buried their family members. Miss Harczyenski knew just where the site was, back in the 70s she pointed it out as being just behind three pine trees with a dogwood growing just to the left of the graves. Mrs. Evelyn Broy daughter of Samuel Still who was born on the farm next store had a picture of her father Sam at the grave site which showed the three pine trees and the dogwood tree confirming Miss Harczyenski's location. Mrs. Broy said there were four Stills buried there and one Indian.

There was also a story that a man, who hung himself or was hung in Miss Harczyenski’s house many years ago, was also buried there. But without proof this was considered just folklore.

When the farm was sold to a developer in the late 70's there was a stipulation in the deed that the Still graves would be located and a lot deeded off to the Still Family Organization. The contractor used ground penetrating radar to locate the graves which were within a few feet (maybe 6' or so) of Miss Harczyenski's location and a deed was drawn up. That made it officially the Still Cemetery.

However, the grave site was completely forgotten and over grown again. In 2011 & 12 students from the Indian Mills Elementary School partnered with the Indian Mills Historical Society to clean up the site and place a monument there with the names of those buried. I was chairman of the project, below are some pictures. Don

Entrance to Still Cemetery before clearing 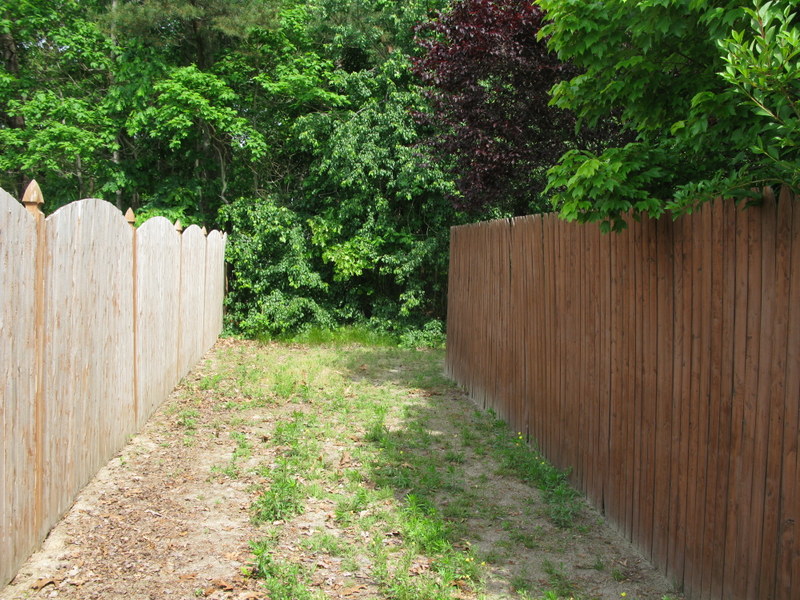 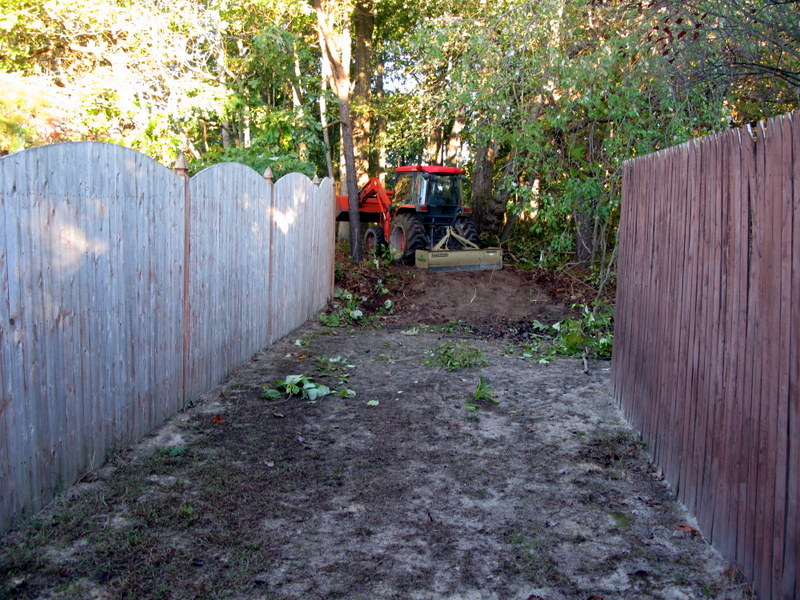 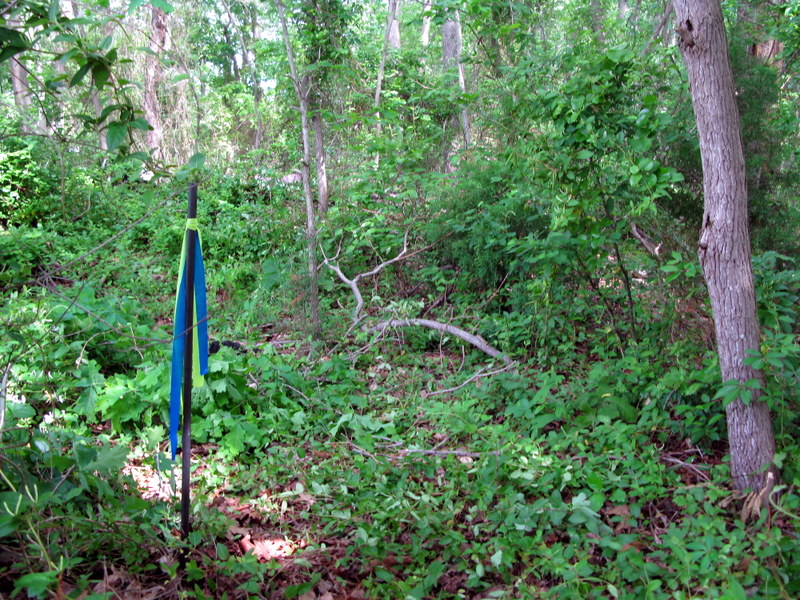 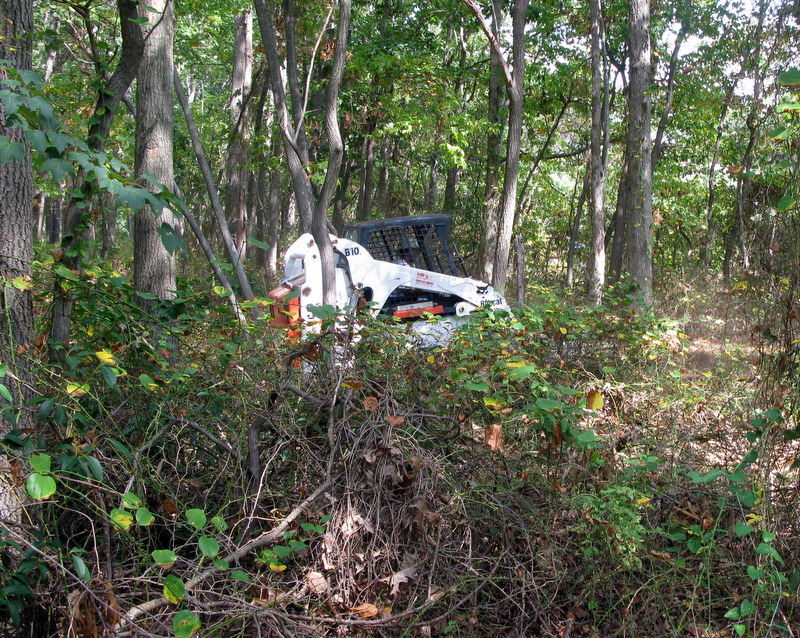 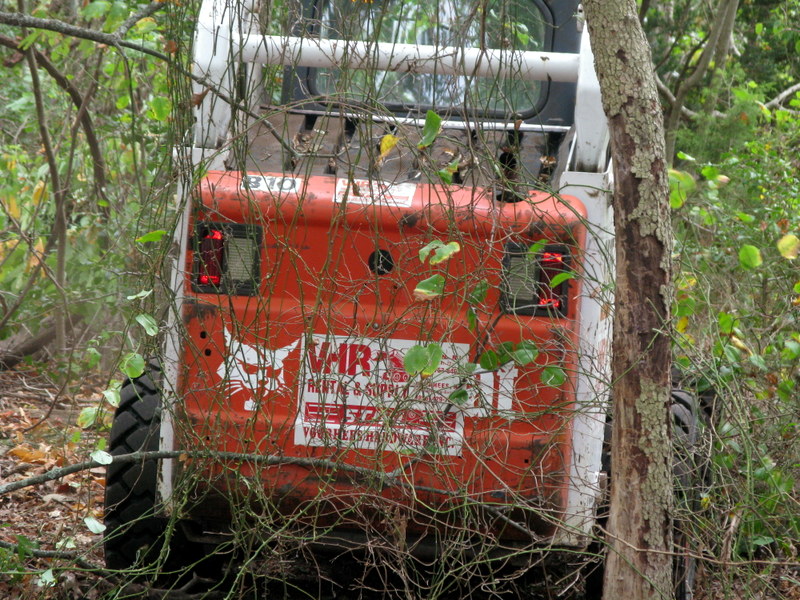 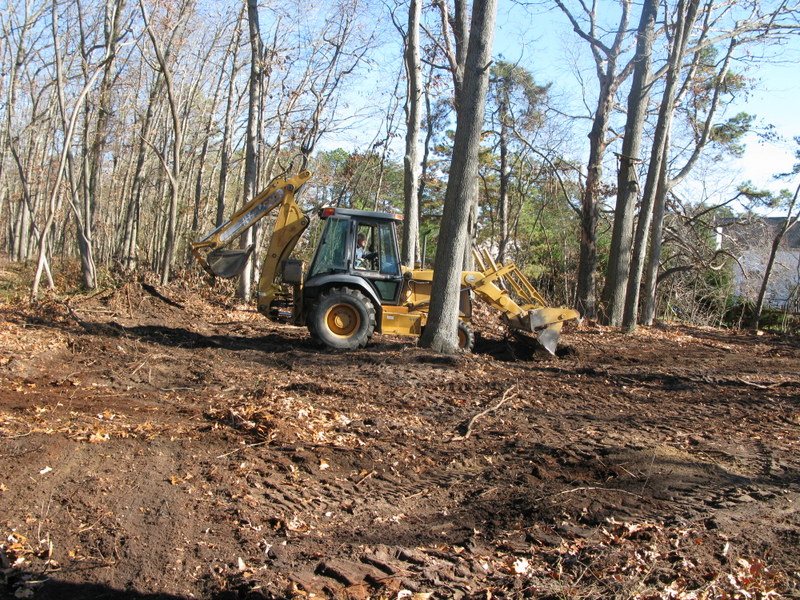 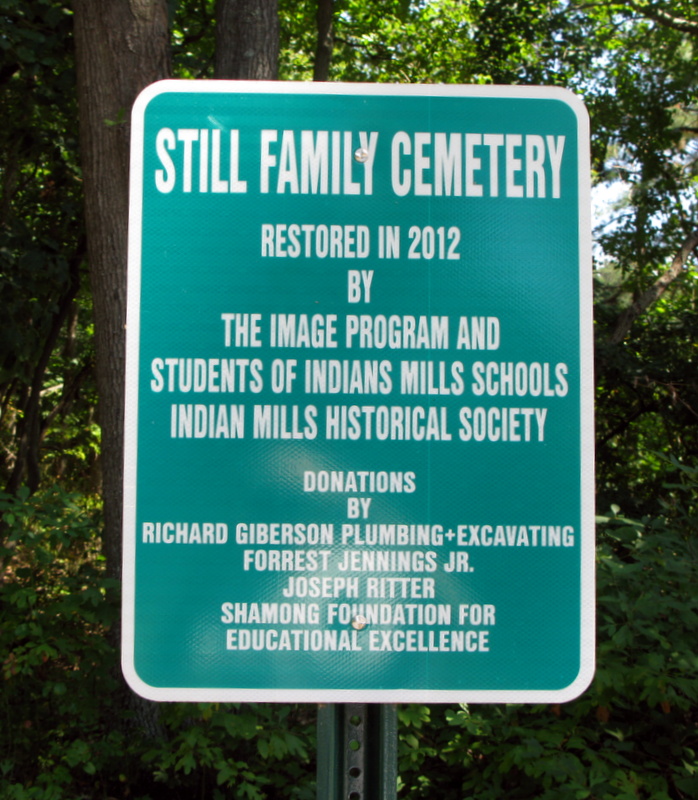 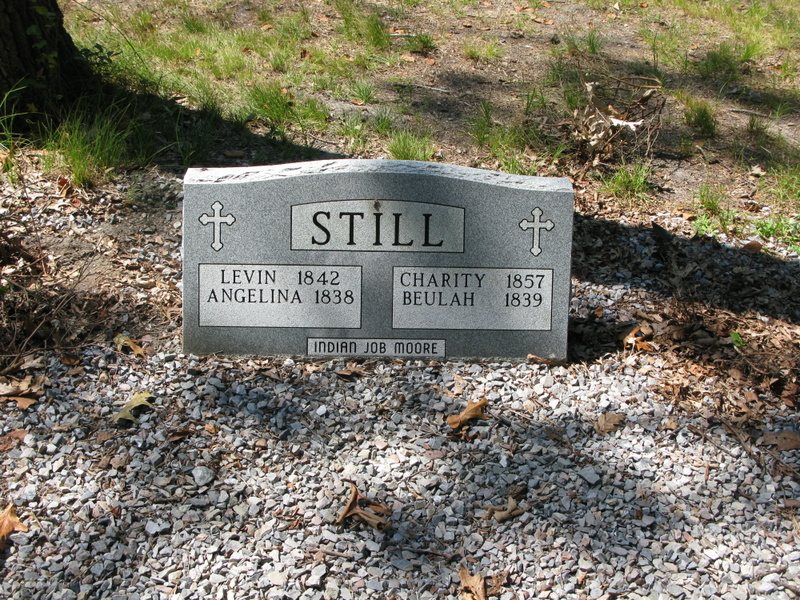 Don, thanks so much for all this. So wonderful to see the site uncovered and honored, and to have a story to put to these places aside from my own childhood impressions. Definitely worth a walk down the old path through the woods to revisit when I'm home next time, I think!
Reactions: Don Catts
You must log in or register to reply here.
Share:
Facebook Twitter Reddit Pinterest Tumblr Email Share Link
Top