And the hits just keep on comin'

There is a new political maneuver afoot. From the place that brought you Richland Village, comes a new League of Municipalities initiative to have municipalities vote in support of the gas pipeline after it was defeated at the Pinelands Commission. 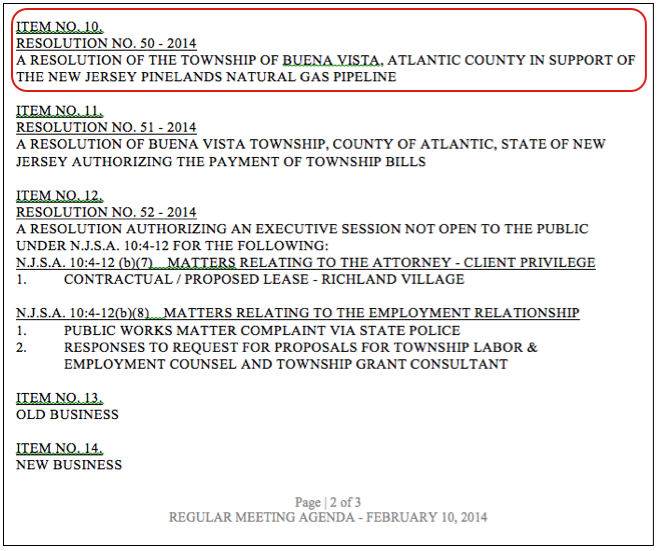 It is interesting to note that the Pinelands environmental and land-use board’s vote against the lifting of the pipeline ban, saying the move would open up the door to other utility-line exceptions.​


On behalf of South Jersey Gas, the BPU had sought a special agreement to lift a three-decade ban on new gas- and oil-transmission pipelines in the Pinelands forest areas. But half the of the 14 members of the Pinelands environmental and land-use board who met in Pemberton Township Friday decided against that move, worried it would open them to similar demands from other utility companies.​


The environmental and land-use board has a good point. BTW, there is an effort to initiate a “Pinelands Highway” designation that would allow utilities (e.g., sewer lines) into the villages.​
​
S-M​

What does a vote of support mean? I think it just means that Buena is making it official that they are "okay" with the plan.

So far as I know the Pinelands CMP trumps whatever a local municipality says.

In any event, if our governor was smart he'd let the pipeline plan die and focus on his other problems. I feel that if he keeps pushing for this there's going to be more corruption from his office coming to light.

Ben Ruset said:
What does a vote of support mean? I think it just means that Buena is making it official that they are "okay" with the plan.
Click to expand...


If the utility company is planning to seek a Waiver of Strict Compliance, they will have to demonstrate a direct benefit and compelling public need to Pinelands residents.

It ain't over yet.
http://www.law360.com/articles/512307/nj-sen-pushes-enviro-agency-to-rethink-gas-pipeline


Looks like it's just begun; that's a Dem making the request.

an update-since the vote in january, they are scrambling to find some other illegal way to destroy the pinelands

From the Burlington County Times, a public hearing is scheduled Jan. 24 during commission meeting at St. Ann's Church in Pemberton.