Good luck with the search. And you may be right on another car. IIRC what I inspected did not have an open passenger door. And I thought it was a Buick but deferred to the Pontiac Grand Prix as the answer given I have not been up to the car in about 3 years.

The place is really overgrown, even the old road that went through there. We bushwhacked almost 2000 feet to reach the road and still had to walk in the woods to get down it in many places. Sometime before the end of the weekend I will be back I am sure.

Take a look at the interior shot. Does anyone else find it odd that it is in park? also if you notice, the ignition lock is in tact as well as the steering column in that area. Whoever left it had the keys.

When I go back I will take more photos inside.
Reactions: Broke Jeep Joe

Jessica and I revisited the Grand Prix today and took a few photos of the interior. Click a few of them for a larger view. And I will tell you why I am actually out in this area in my next post. 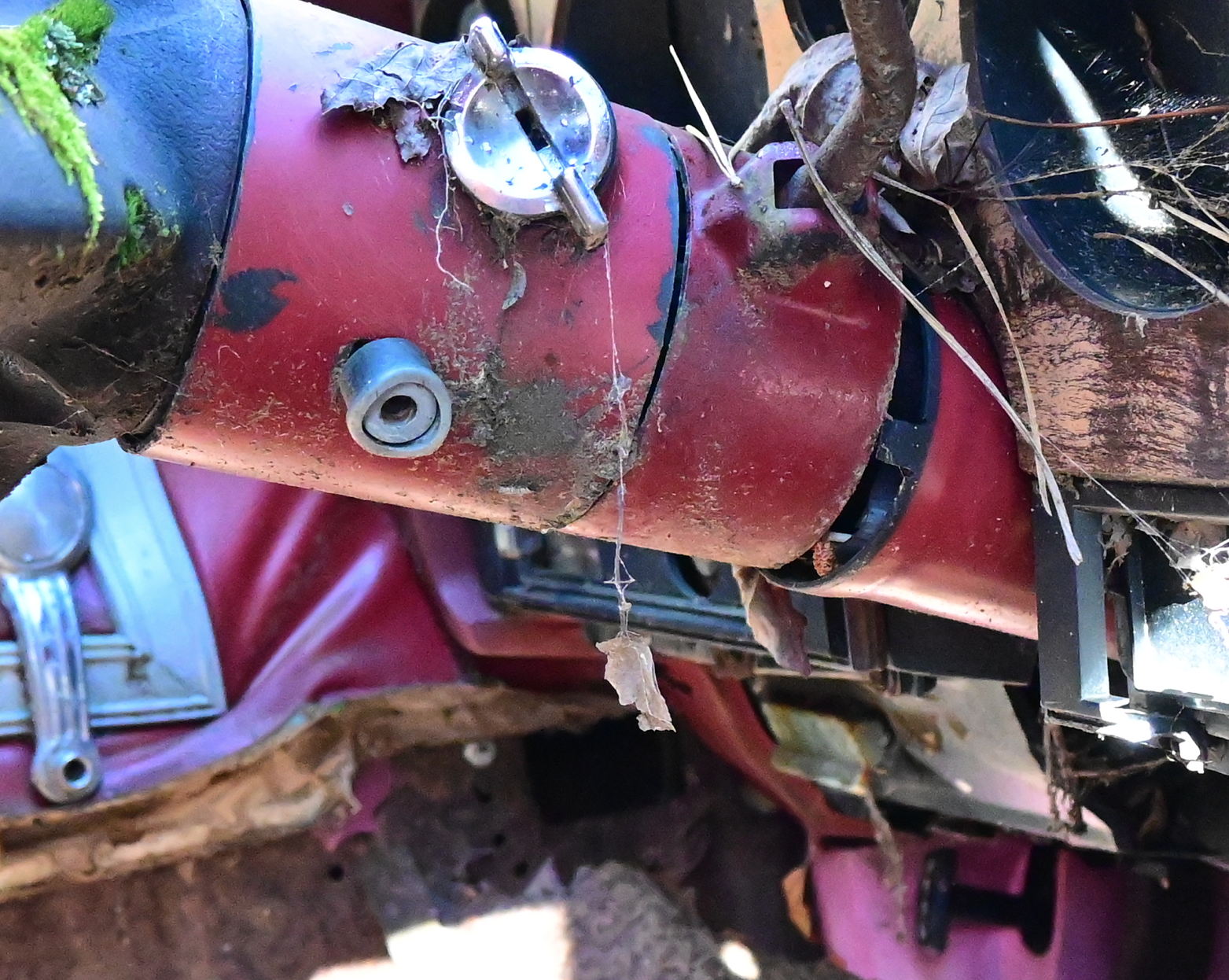 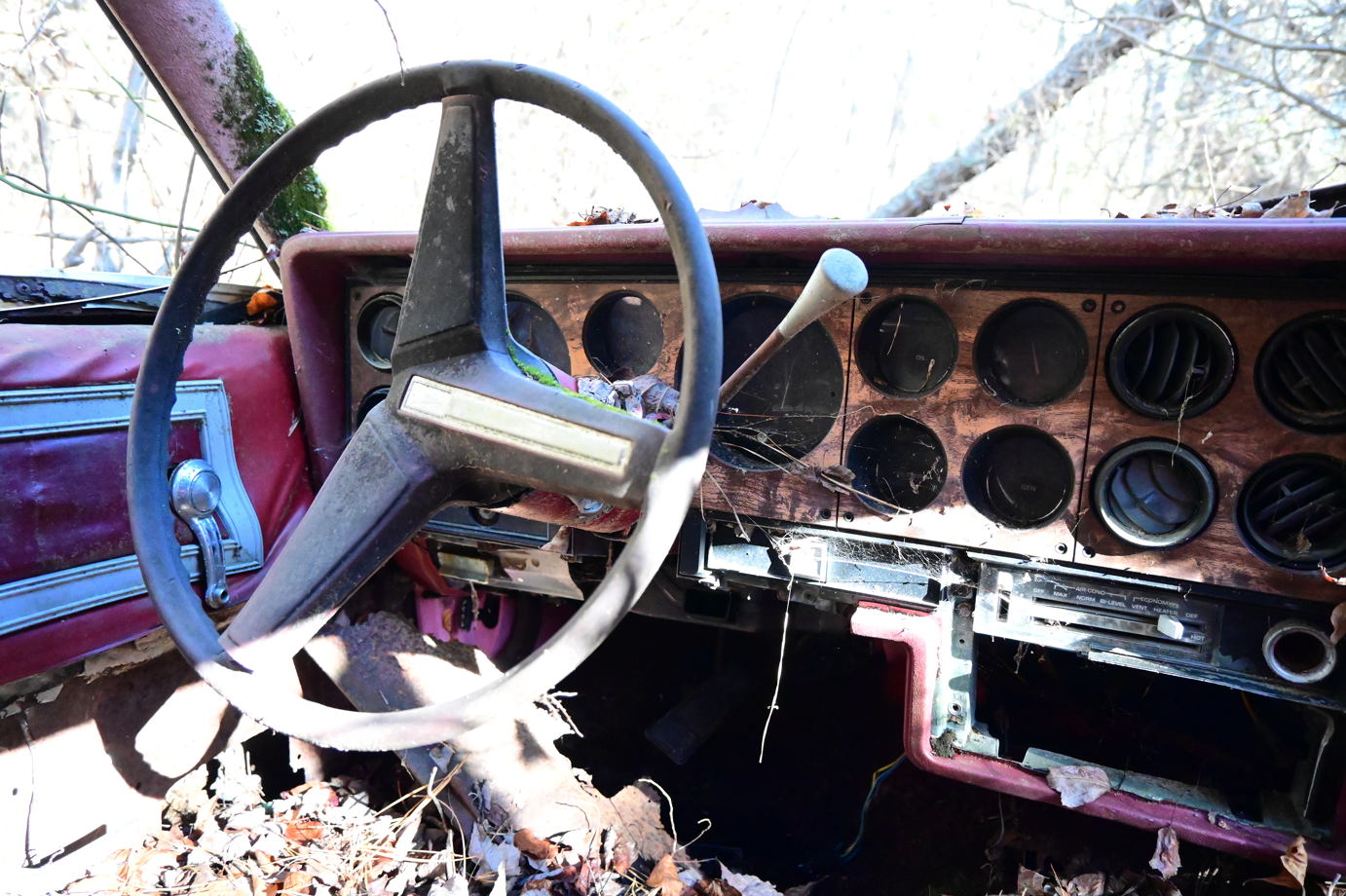 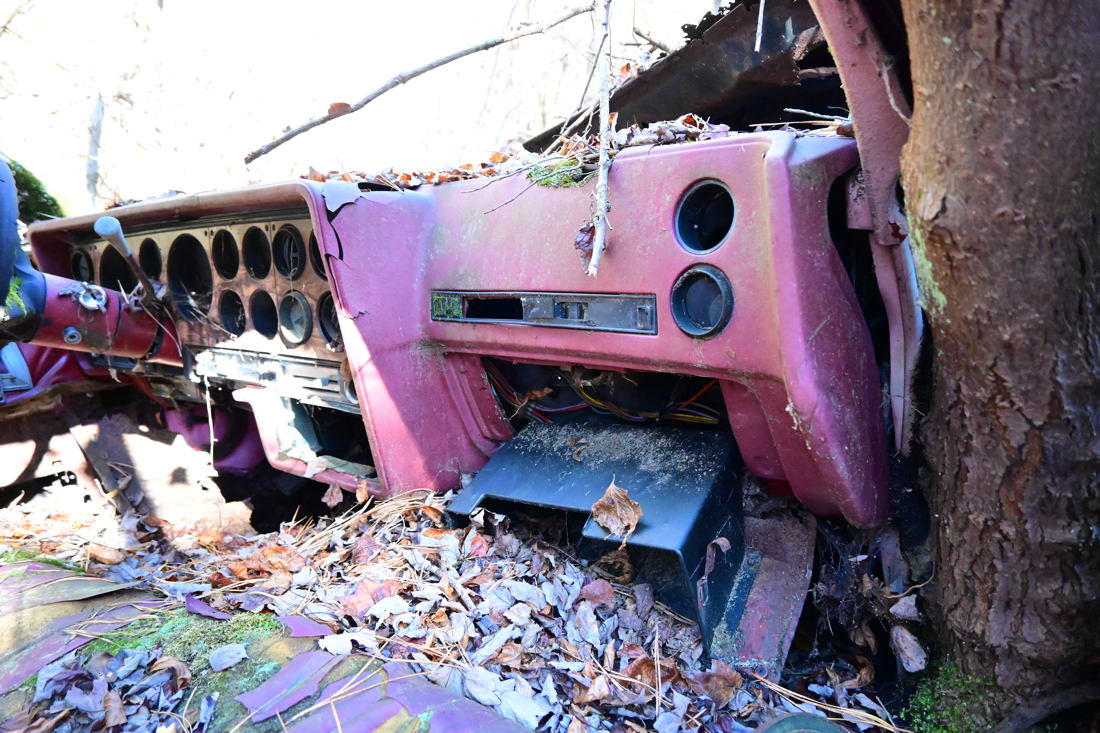 BTW, Jessica pried up the truck somewhat and it looks empty.

In September 1964 a huge forest fire was burning in the Jackson Road/Atsion road area, having started on the east side of Jackson Road near Sunrise Lake. Clinton Prickett, the Medford Fire Tower observer discover and reported it.

From newspaper articles at the time.

Residents of more than a dozen homes along Atsion road, in Medford, Shamong and Evesham Township remained on 24-hour alert for possible evacuations.
More than 100 men worked through the night to keep the fire from spreading. Tank trucks from Rancocas, Vincentown, Masonville, Medford, Mount Holly, and Lumberton, together with 15 state trucks battles the fire yesterday and last night. At times the flames were 50 to 60 feet high. Fifty men recruited yesterday from Ft. Dix to fight the fire were replaced by local and regional firefighters at sundown yesterday.

Recently, a member of this site informed me that something unusual occurred with the men from Fort Dix, in the area where the power lines are now located, and in the vicinity of West Jersey Cranberry Meadow. The information given to me is that with the dry conditions the military men from Ft. Dix, mentioned above, needed to acquire water and had to take drastic measures to do just that. I was told approximately where this occurred, and Jessica and I have been doing our best to find it.

We were told to look for a large hole right along the edge of the road where the Ft Dix men were witnessed using dynamite to capture ground water. The road really no longer is a road and can barely be traversed by foot. We have walked over 20 miles getting to, traveling it, and getting back, and have not found any holes where this could have occurred. However, we now have come to the belief that we have found it and it is the location where the 1978 Grand Prix is located. It is the only place in the locations we have been told to look where there is anything resembling a hole. It actually is in the middle of a stream and I am certain the flow of water has mostly filled it in. I checked it today and it is about 2 feet deep. With the information I have, this is my conclusion. 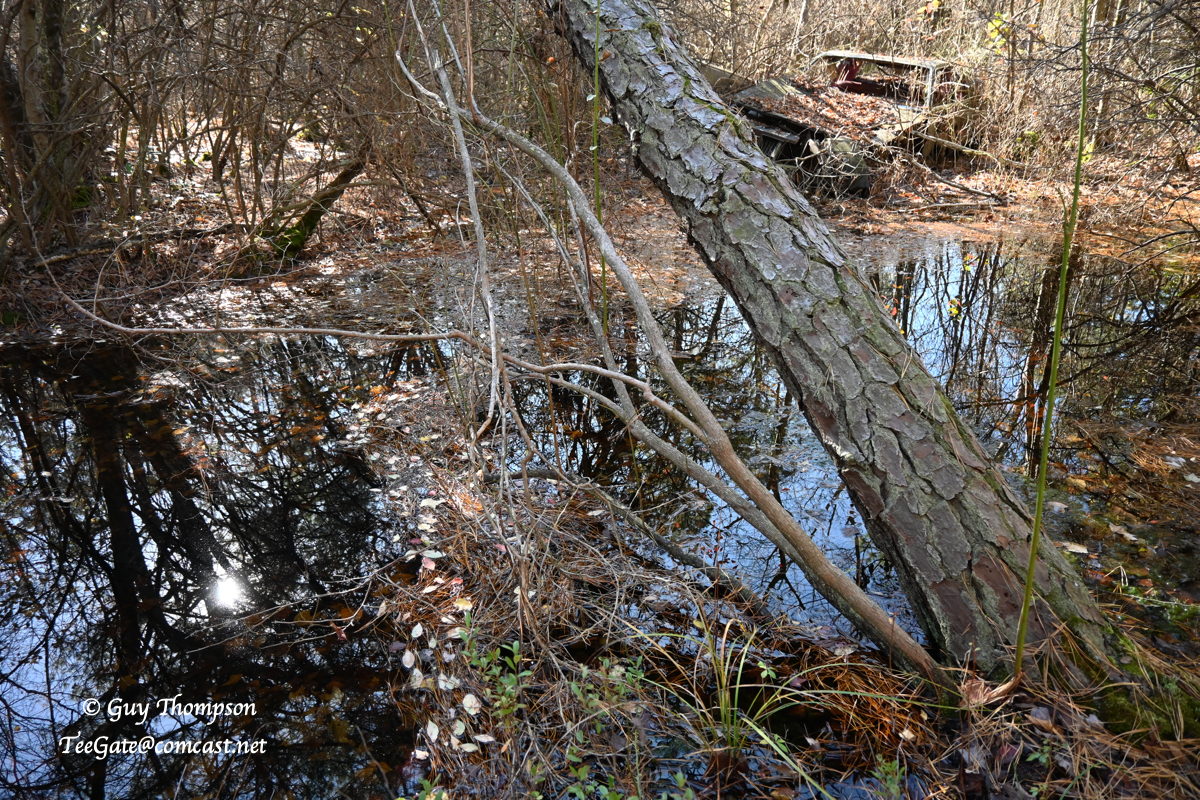 The road as it currently looks. 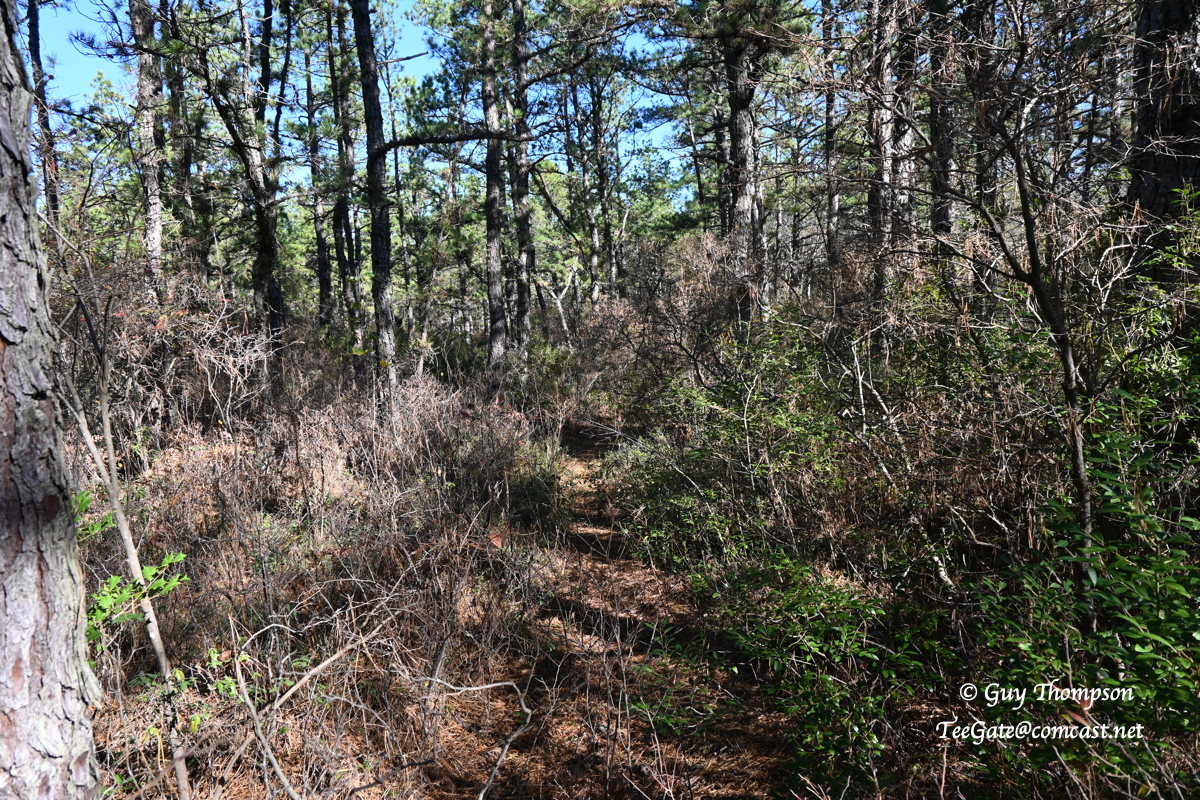 On the way there crossing the savannah. 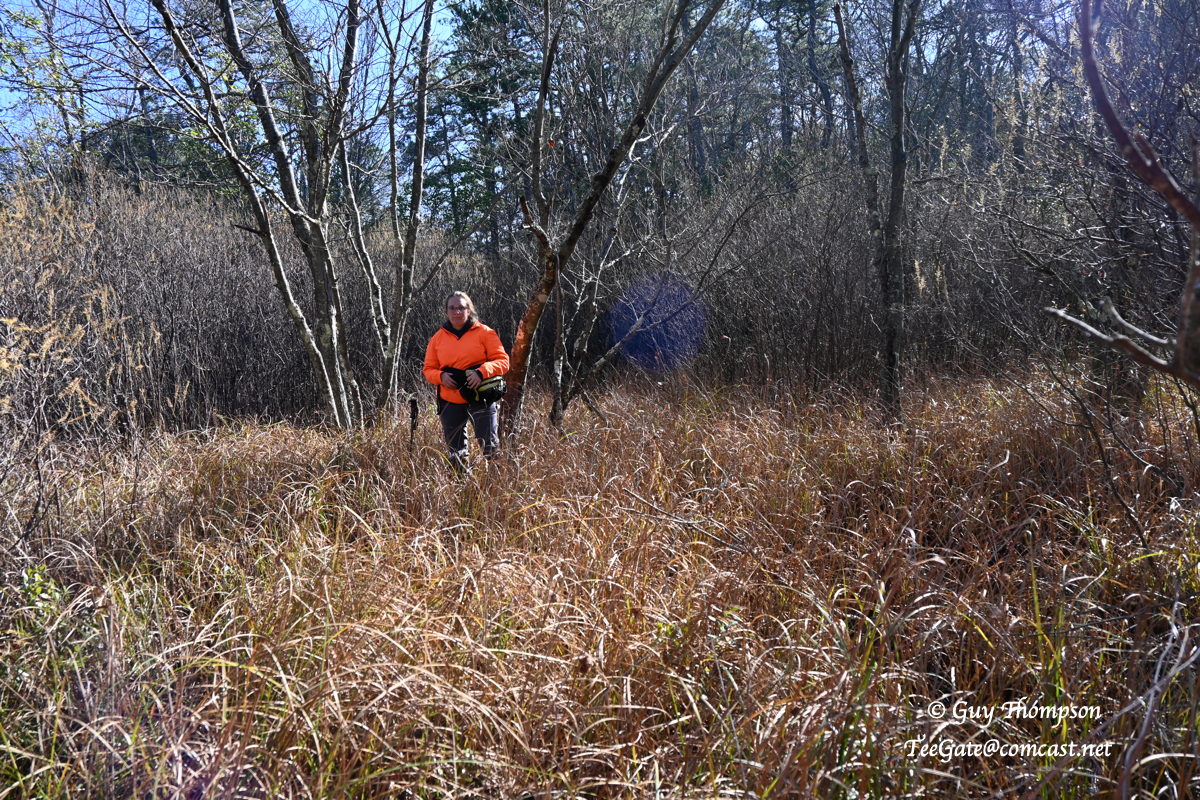 One of the many unused stands. Quite a bit of money left out there to rust. 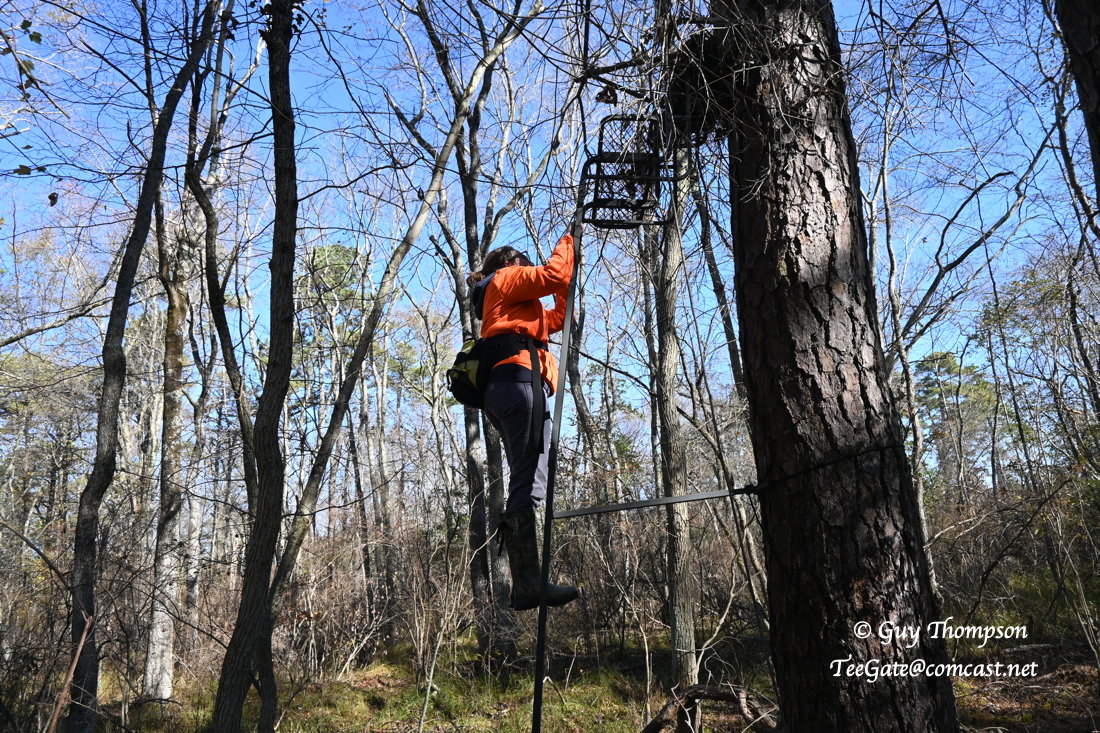 We went back to the power lines today looking for stones from properties that date back to the 1750's. Even though I have found two of them we had no luck today. We were about to take a Then & Now photo but I failed to put one in my phone to compare so we have to go back another time. In any event, we have these two. The older ones are from our PBX Alquatka hike.

Both from twelve years ago. 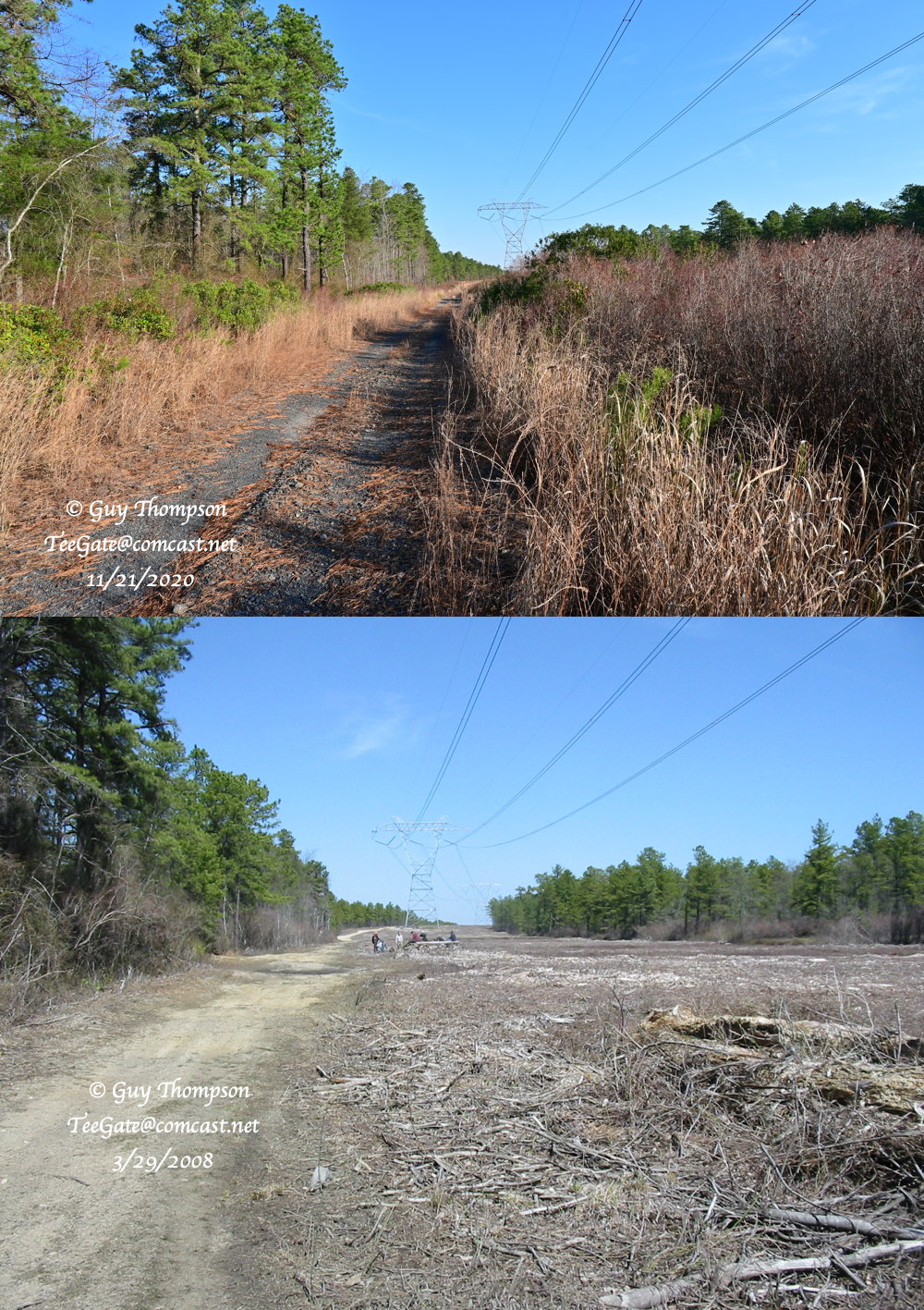 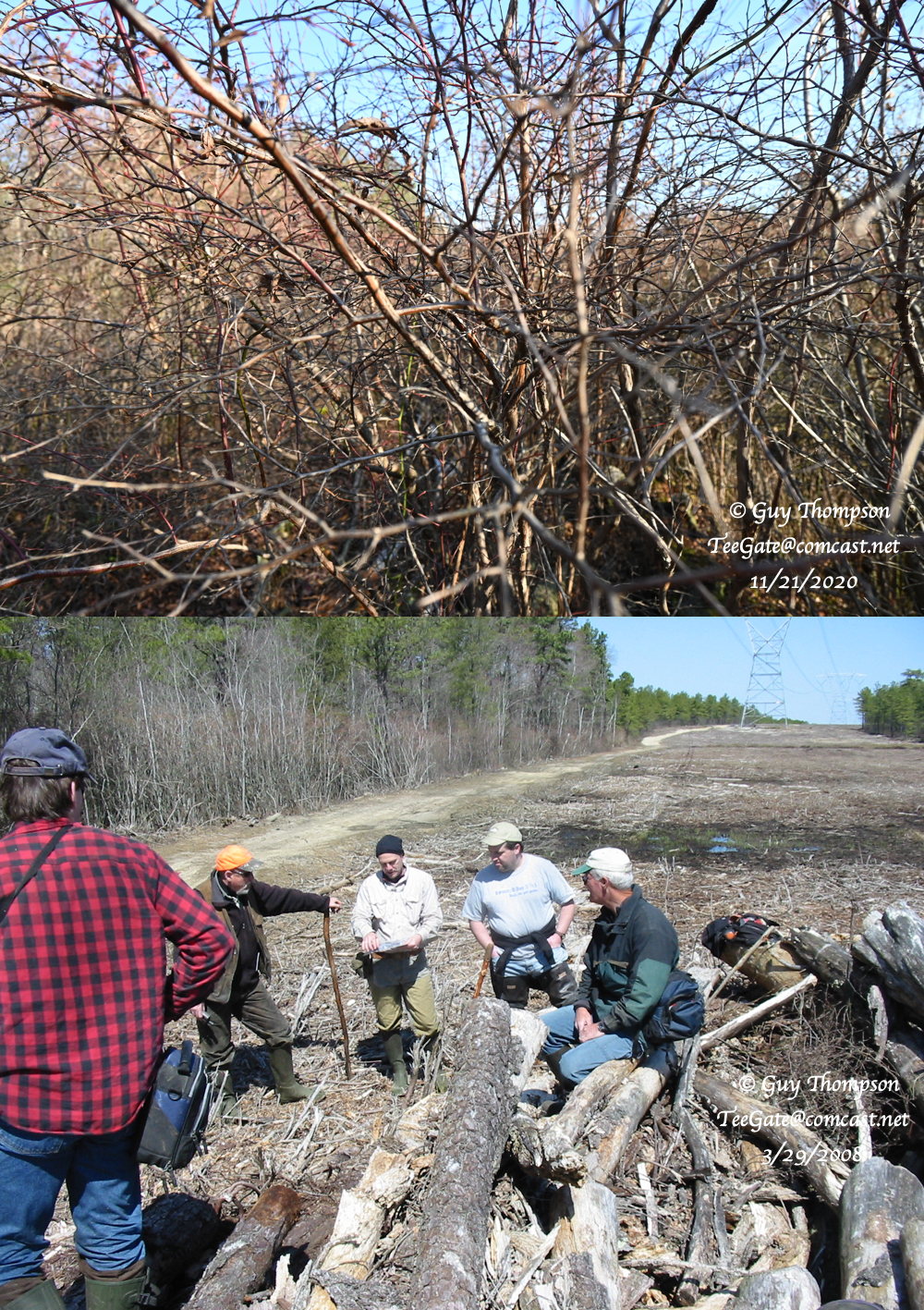 This is no longer in use it appears. 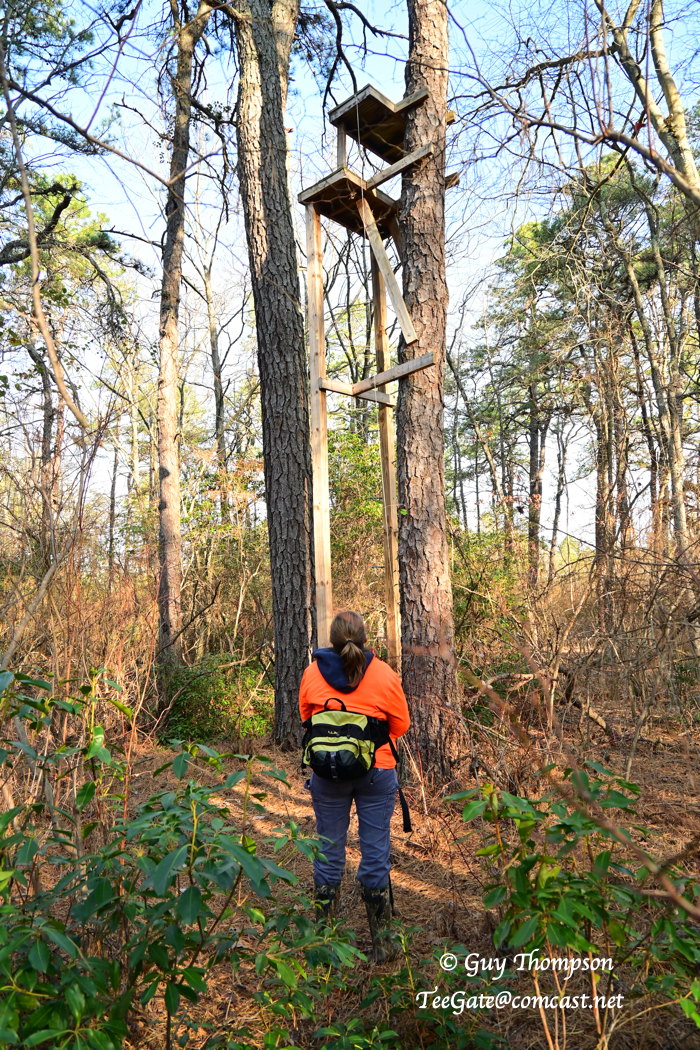