We walked over 12,000 steps this morning and made it to the power lines in Medford in the vicinity of Sharps Mountain. We did not find anything we were looking for. We found a route that will help me get to a spot I want to visit that may have some historical information you all should be interested in that I recently learned about. Maybe next weekend or at least soon I should get there. 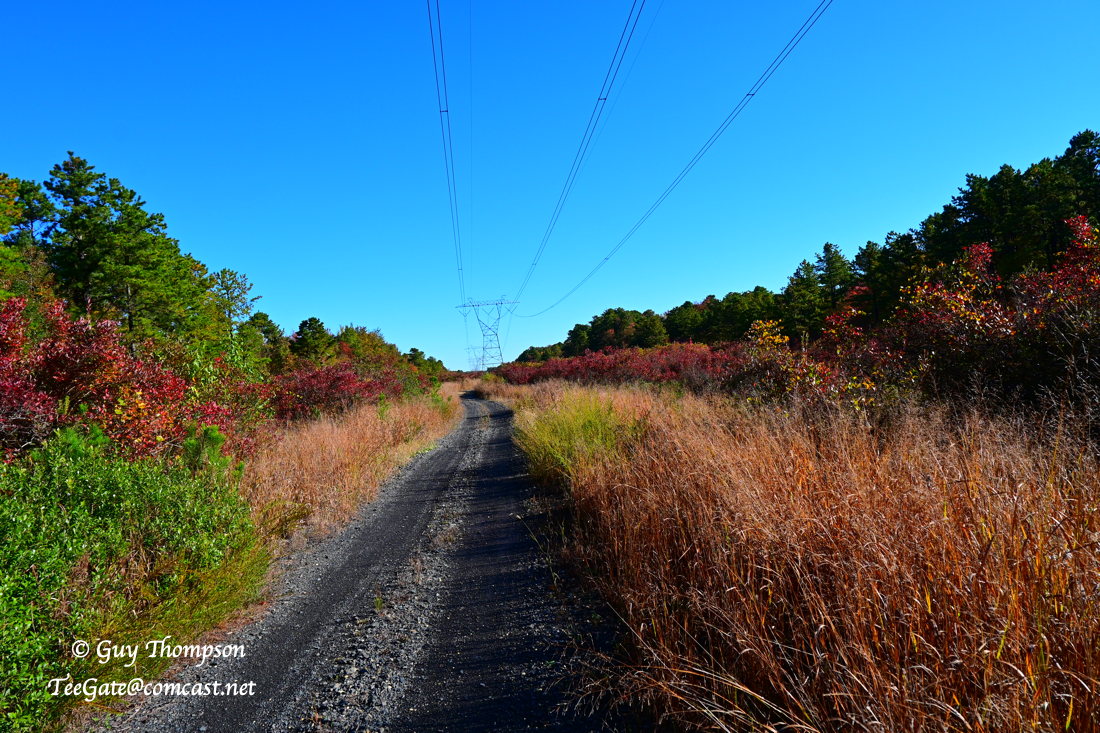 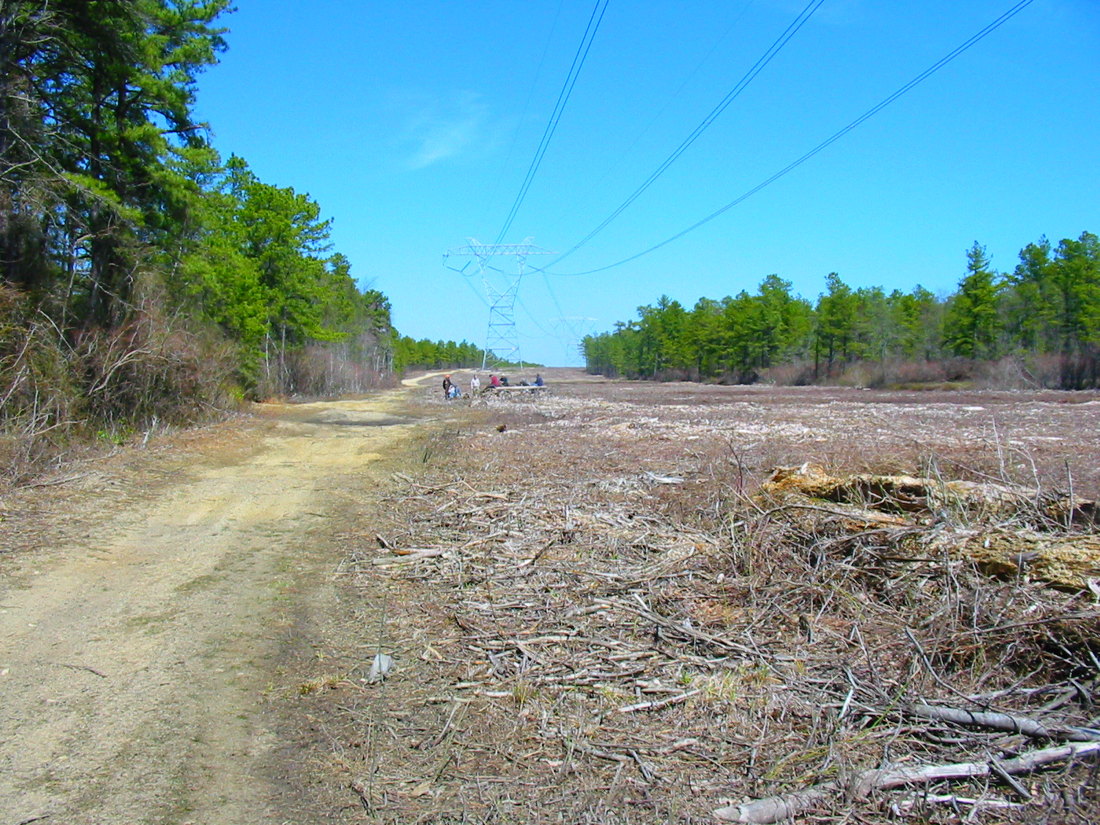 That was the spot where they killed HankG.
Reactions: Boyd

Guy
The 2 powerline photos are not taken from the same spot? Regardless, it's amazing how much has grown in, in 14 years. Nature at work.

No, they are not the same spot. I mention that in my post. I will try and get there one day soon.

Wow. 12 years ago.
Jeff lost his GPS before we broke out into the open at the powerline and we backtracked and found it. And one big-ass sassafras.

As I mentioned earlier, there is something of interest out there that I learned about recently which I want to find. So today Jessica and I made a few adjustments to our route and was able to drive a little closer so the walk would not take us all day. And by taking a fire-cut to avoid private property we were able to make it to the powelines pretty fast. Then an 8 tenths of a mile walk up the power lines to a well hidden dim road that works it's way towards the meadows. On this road is what we came for, and we came up empty. More research and questioning is needed.

The end of the line on the dim road. 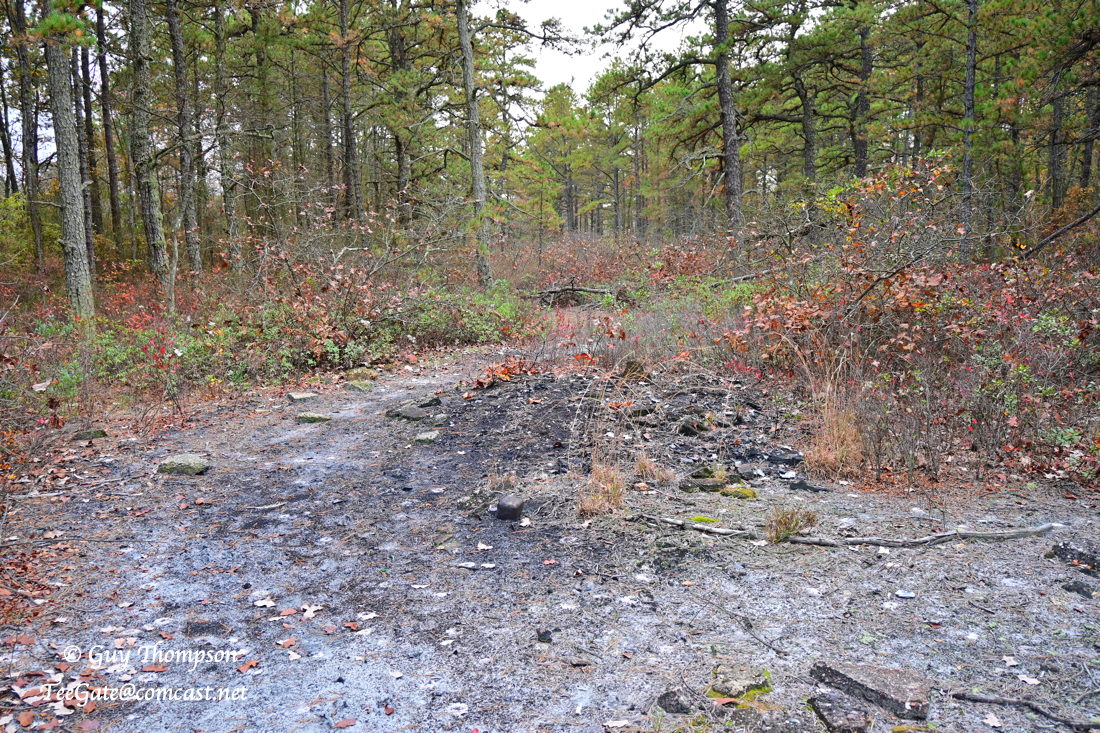 So the journey back to our car began and no sooner did we turn around and started back, we ran into this which was a surprise. Nobody on it or around, as if it drove itself there. Bags of deer corn and other hunting gear ripe for the picking. But luck was not on our side as the hunter quickly appeared coming towards us through the woods. We said hello and moved on. 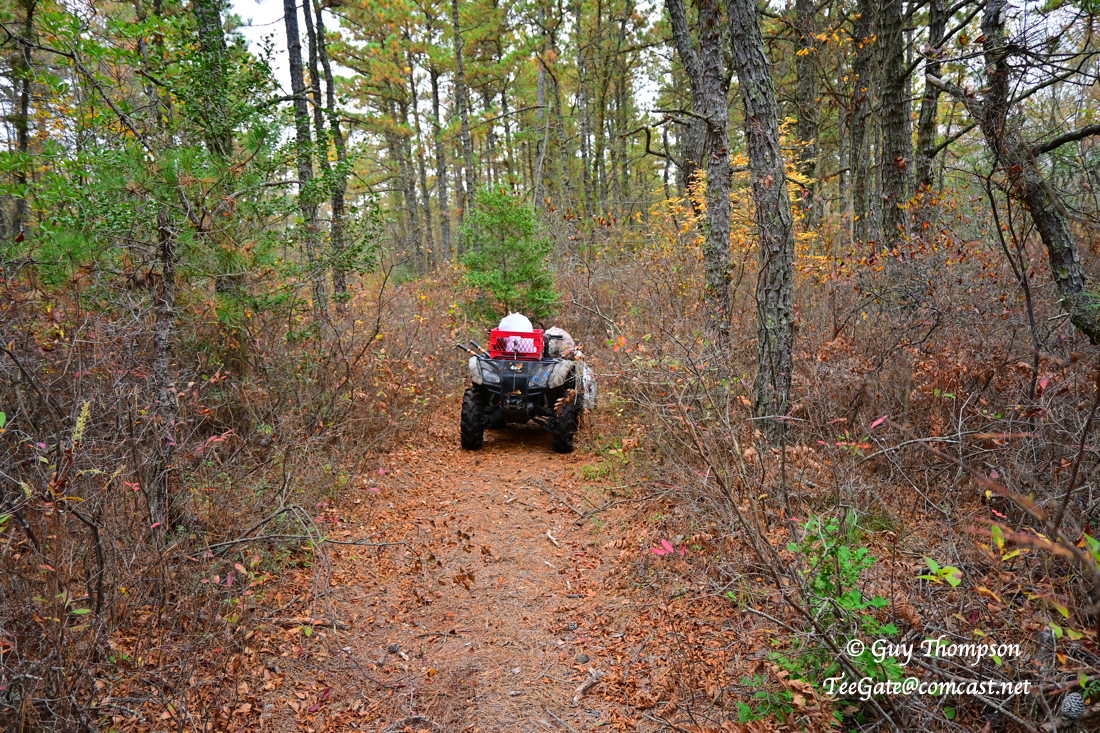 The long walk up the power lines, back through the woods to the fire-cut and eventually back to the car where the same ATV from above was coming down the road towards us. This time the surprise was on him as he wondered how we had traveled so far in such a short time. We had a ten minute conversation and I learned quite a bit and surprised him I believe on a few things he did not know. In the end we learned an even better was to get where we want to go.

One day I will find what I am after and let you all know about it.

They cut the power lines this past week. 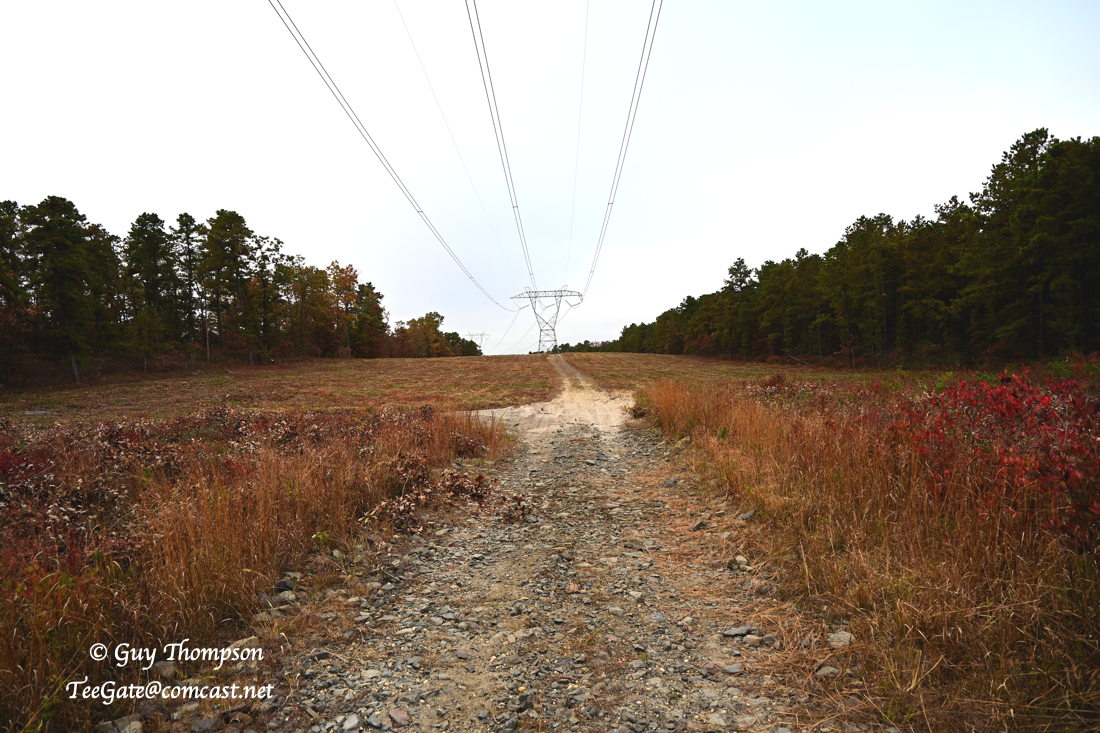