GREAT report & pics AL, thanks to you and your wife!!

I have to start researching the track on the 24 eclipse and like I said I will be there a couple days early and stay a day late or I will not be going.I think this last experience was a little much.I"m not a young puppy and I think I over did myself with the driving and the hours and the crap I found myself in.Still feeling not too great.

By the way Guy and 46er the next total solar eclips track goes right across Guys vacation spot in northern vermont and baxter state park and the new monument in maine.thats april 8 2024.

Yep, it also goes right across where our old cabin in the Adirondacks is. There will still be snow on Whiteface in early April

Thats what i told my wife.if we camp in the dacks or maine in early april that is still winter there.fine with me and her but it's not exactly a time of year know for sunny days though
P

Great report manumuskin! It sounds like I didn't have nearly the driving issues but my 10 hour drive down and back both took 13 hours. It wasn't crazy traffic but a 2-lane national highway gets clogged easily.

I camped outside of Asheville, NC (reserved a month ago) and intended to drive down to Franklin, NC.... or wherever. I lost a lot of planning time I meant to do the night before. But Franklin might have had cloud cover so I thought I would go further south.... ended up getting held up in traffic in Dillard, GA. But I saw parking, signs for an event... it was about 10:00AM... So that was the place! I knew it is pretty close to center so why not. I was told the event there was sold out. But worst case was I could just stay in the parking lot. After scouting the area, I realized, whatever tickets they sold... there was no gate, no one taking tickets, it was wide open. Being held in the playing fields of a local private school. The sky was clear all morning but from 11:00 until about 2:10, we watched these heavy clouds coming towards us.... finally covered the sun at 2:10... but then just before Totality, the clouds broke! So we got lucky!

It all turned out fantastic. It was also 32 hours of driving over 3 days... but I knew there would be a lot going into this.

I was thinking about Franklin but at the last minute the weather report started to favor my original pick of Spring City TN and thats where i went.Your skies definitely look worse then mine.I had one big cloud hanging maybe ten degrees to the east of the sun ,I believe it was being formed by evaporation from Watts Bar lake since it never moved and the lake was a few miles west of me.Then I had a few more smaller cumulus that passed very close to the sun a half hour before totality but as they approached it both of them evaporated.
My wife is already talking about the one in April 2024.But this time she says were getting there two days early and staying at least an extra day beyond.I swa the worst in people I"ve ever seen,ignorance beyond anything I"ve seen up here.

The nice thing about the 'Dacks is you can camp anywhere within the blue line as long as your 150' from a road, trail, spring, stream, pond or other body of water, plus any unique area. Perhaps there will be a Piney invasion; just about 6 hours with not a single traffic light, to the High Peaks region.

At the last minute, decided to head to South Carolina for the eclipse with the family. Managed to get a 1 star hotel in Florence, about a half hour north of totality. Headed down and stayed with friends just outside DC on Saturday, ended up at the hotel in Florence on Sunday (which amazingly still had empty rooms the day before the eclipse. And only cost us $45).

Day of the eclipse, I managed to lose a contact lens and not have extras on Monday morning (guh). Found a lens crafters and got a new contact lens and then rushed off down I-95 toward lovely Manning, South Carolina thinking we'd never make it in time. Instead, traffic was shockingly nothing, don't even think I touched my brakes on the highway.

Got to lovely Manning, SC with an hour to spare before the eclipse started and set up shop at the local high school parking lot, which had hot dogs and cold sodas for sale by the students and bathrooms open to eclipse viewers. 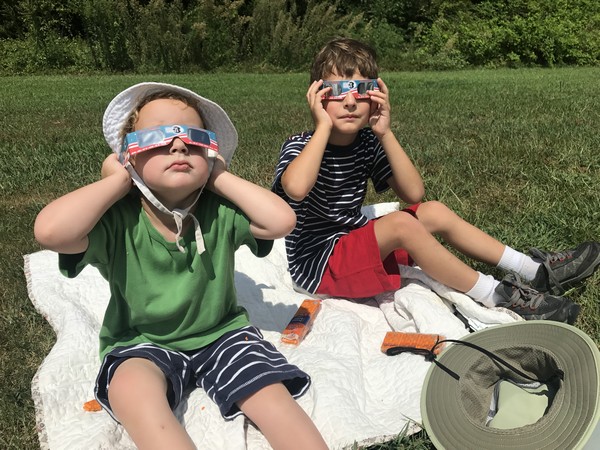 When you are six weeks old and your crazy dad drags you off six states away. 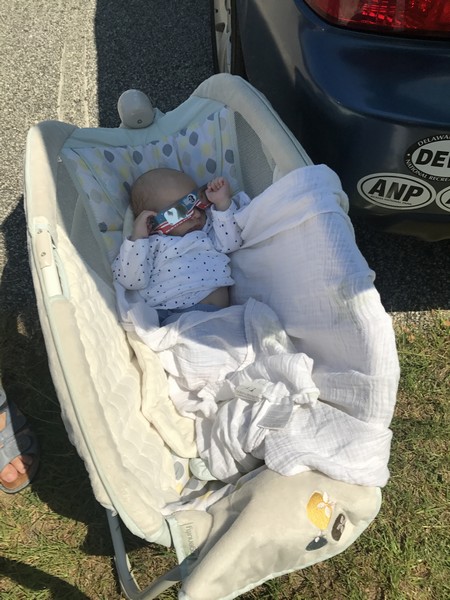 My three year old at totality. 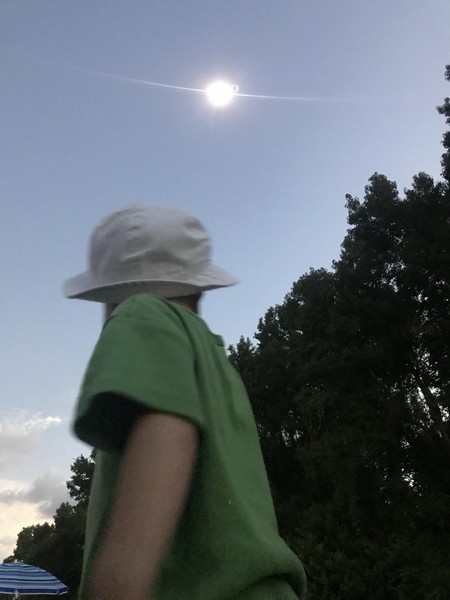 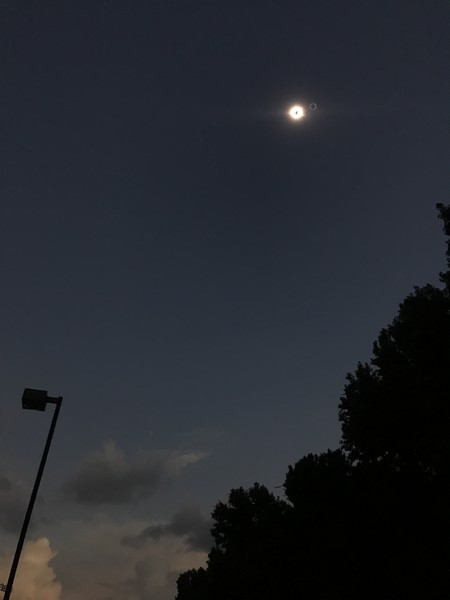 We paid for the light traffic when we tried to leave. We were less than a mile from I-95 on the very edge of totality, but it still took us three hours to go what should have been a one hour drive up I-95 to our goal... 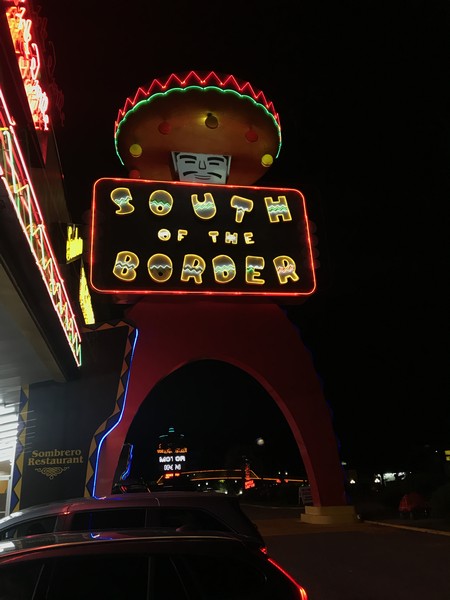 Checked out every corner of that wonderful tourist trap, and then the baby had his first night of tent camping in their campground. Was a bit hot and humid, but I've had worse.

Were up and driving by 6 am the next day, and traffic was AMAZING up until D.C., where its always bad anyway. Cut through Delaware and made it home in not too bad.

Whole thing was done at the last second mostly because South Carolina was one of only two states in the lower 48 my wife and I hadn't been to, but the eclipse was actually way more of an awesome experience than I had thought it was going to be.

I had wanted to go to SC in Francis Marion National Forest but the weather report said 60% chance of showers the night before the eclipse so I headed to Tennessee which had a much better forecast.Traffic was nothing till I hit the totality line and then it was horribel.Couldn't even get out of tenn after the eclipse.had to find a motel and wait till midnight to leave,then it was okay.
Reactions: MikeBickerson
You must log in or register to reply here.
Share:
Facebook Twitter Reddit Pinterest Tumblr Email Link
Top Bottom