Teegate said:
Almost all of my tree frog photo's are from May 10 to May 22. I will make sure I check the place out multiple evenings around that time to compare with how it was when I was there last.
Click to expand...

I'd like to check out that location on an unusually warm or humid night in the later part of April. I think that's when the carpenters and leopard frogs peak in their breeding activity. Can anyone confirm or refute this? I have spent more time up here listening to frog calls in our area, and not enough in the barrens, but I do remember hearing leopard and carpenter choruses (even during the day) down there in early to mid-April. I may be mistaken, but I think that by the time the Fowlers and PBTF's start their breeding in May, the carpenter and leopard activity should be waning. Again I could be way off on this, as I know that you folks have more experience with the pine barrens species than I do, so I want to hear your thoughts on this idea.
N

manumuskin said:
I would check the census reports on Ancestry.frog. Seriously I"d put money on the fungus.Acid rain has bee around awhile and I think Pine barren frogs are no doubt impervious to a little bit of acid considering the PH of most Barrens waters.Is this fungus visible to the nekked eye? Hand lens? If it's a fungus the frogs that survive will be naturally selected "Super Frogs"! Resistant to the fungus as well as their young or we could see a general frog extinction.A world without bats and frogs...we're in big trouble.We better start figuring out how to cook and eat mosquitoes.
Click to expand...

In retrospect I think that I came off as a bit of an alarmist in my first post, and I didn't mean to do so. My comments were generalized to amphibian threats worldwide, not necessarily in the Pine Barrens. As far as chytrid fungus, I have no idea if this could be the culprit. IF the numbers are really decreasing, the possibility does exist of some environmental contaminant as the cause, but I'm still wondering if the shift in strength of the choruses that folks were hearing has more to do with some weird timing (or good timing, for that matter) or a natural shift in population density vs. some anthropogenic disturbance. It could even be something small like a shift in the fish population which increases predation on the tadpoles, an increase in the number of herons, water snakes, and turtles, etc.

I had a brainstorm last night as I was falling asleep.The idea of amphibians and fungus kept going through my mind.Is fungus killing off the Anurans or perhaps maybe their hybridizing and hence destroying pure Anurans and pure Fungus.Perhaps all the fungus and frogs are becoming..... are you ready?.......TOADSTOOLS! That's it! everytime you see a classic Toadstool it is the result of frog/fungus hybridization.Unfortunately this results in "Silence of the Frogs" but the good news is they are still edible! Provided of course you stay clear of the Anurita genus!
Reactions: John
N

manumuskin said:
I had a brainstorm last night as I was falling asleep.The idea of amphibians and fungus kept going through my mind.Is fungus killing off the Anurans or perhaps maybe their hybridizing and hence destroying pure Anurans and pure Fungus.Perhaps all the fungus and frogs are becoming..... are you ready?.......TOADSTOOLS! That's it! everytime you see a classic Toadstool it is the result of frog/fungus hybridization.Unfortunately this results in "Silence of the Frogs" but the good news is they are still edible! Provided of course you stay clear of the Anurita genus!
Click to expand... 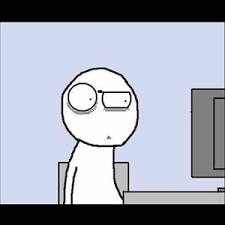 I seem to have this effect on people

Go all the way to the bottom.

I've heard less and less carpenters thru the years and it's prob the ph issue. Carpenters once had a much greater range. Al, have you ever heard them down your way? I once saw a single specimen off the manumuskin river and I was suprised. I think I've heard them in woodbine within bell plain.
Reactions: glowordz

They are in west creek cranberry bog,the one across the street from frito lay and back down wrights causeway about a mile.

I know the Barrens are mostly too acid for Bullfrogs but carpenters? I only hear/see them in acidic bogs.I would think they would be the last frog affected by acid rain? Who knows.All I know is it's not Global Warming.There are more frog species in the tropics then there are here.Wish i had time to do frog surveys,I'd at least know for sure if they are disappearing.I really think since Whip quit recording them they are reluctant to waste energy singing.They were looking for fame and then he abandoned them.
N

Range of tolerance for carpenter frogs and Pine Barrens tree frogs (lower pH limit) is a pH of 3.8. I think that if the pH goes low enough to start killing the carpenter frogs and PBTF's, it would decimate the more widespread species first. I could be wrong.
Reactions: manumuskin

Water becomes less acidic according to the link I posted.

By the way i had forgotten how good some of these recordings are. I know some Greens that have not made their first album yet.