Rumored fly by sometime today in the greater Philadelphia area. 15 aircraft starting at McGuire/Dix onto Trenton, down the Delaware, to center city Philadelphia then down to Wilmington.

EDIT: my son sent me an official looking ATCT Procedures Bulletin dated April 20. But apparently they were in Florida so I have no idea whether the rumor is correct.
Last edited: Apr 22, 2020

Jon Holcombe said:
But apparently they were in Florida so I have no idea whether the rumor is correct.
Click to expand...

Perhaps this is related.

The teams have come together at NAS Pensacola under mysterious circumstances and there are indications that a national flyover could be imminent.

I was supposed to go fishing for stripers today but the water was muddy and the blue angels and thunderbirds were starting in fort dix, going to trenton, going down the delaware river, doing a 360 around philly and heading to delaware before returning again
I

but they cancelled it

That would be cool to see since they cancelled the air show at McGuire AFB. Lets see what happens with the Atlantic City Air Show in August

"The Thunderbirds Facebook page stressed the importance of viewing the flyover from an appropriate social distance. "

I take it they will be flying by over the 6.5 foot distance. 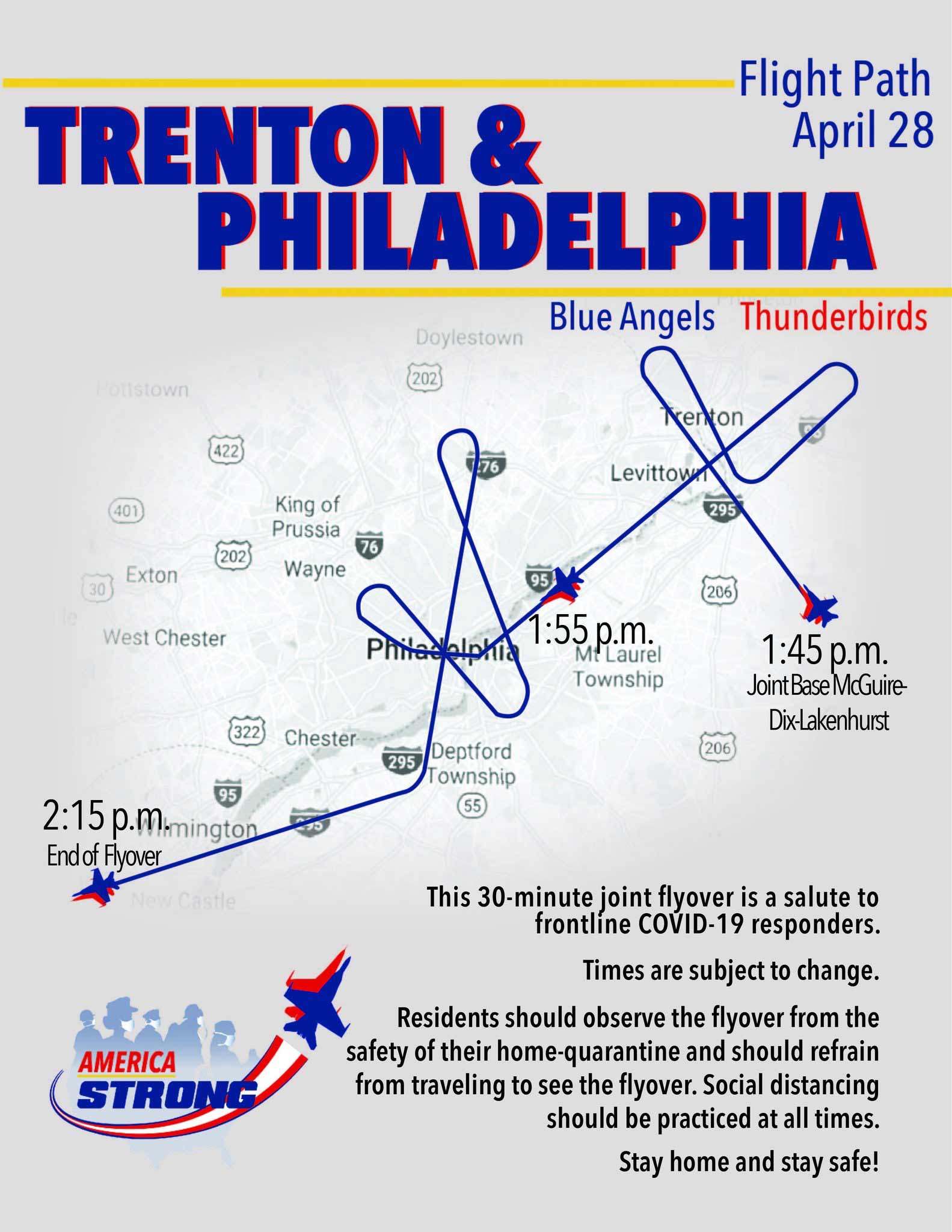 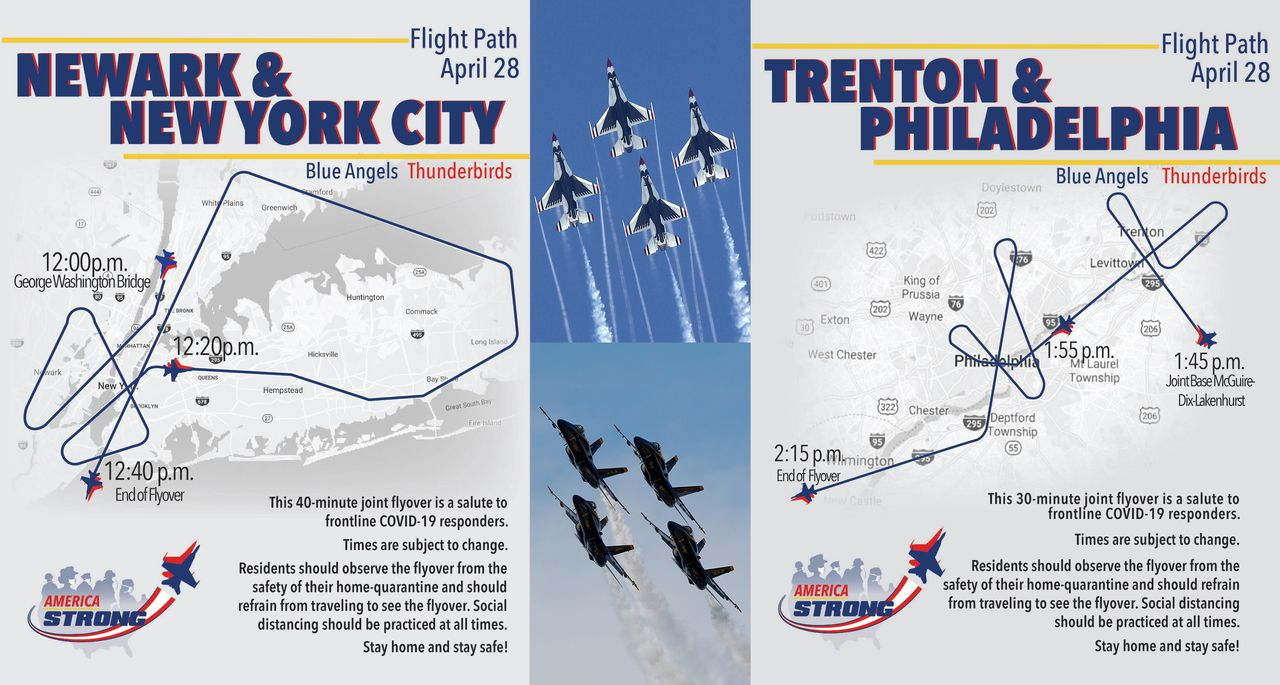 The joint mission begins at noon in New York City, with a flyover of the George Washington Bridge. The planes will maneuver over all five boroughs, the New York City suburbs, and Newark, N.J., for roughly 40 minutes before landing at Joint Base McGuire-Dix-Lakehurst.

The planes will take off about an hour later and fly over Trenton and Levittown about 1:45 p.m. before turning south. The Philadelphia portion of the flyover will begin at roughly 2 p.m. and last about 20 minutes, maneuvering over the city and some suburban areas before heading south over Gloucester and Salem Counties and across the Delaware River over Wilmington about 2:15 p.m. - Philadelphia Inquirer

NY flyover video, starts around 7:30 in.

Six of them flew over our house in Nacle, traveling se to nw towards McGuire at1:45. They were high and in formation.

Further away than I hoped, these are crops from my cell

Watching the video reminded me of many years ago before 9/11. I took my Daughters to Ocean County Airport (Miller) when they were young, and we rented a plane for an hour. The pilot asked them where they wanted to go and of course all they were concerned about was flying over Great Adventure. But the pilot said that would only take up a few minutes, so he flew us to NYC and flew right up the Hudson river past the Statue of Liberty and the city skyline. I swear he flew lower than the buildings. It was a spectacular view and I always wanted to do it again, but IDK if that's allowed anymore or not. Then on the way home he flew over the ocean along the Jersey Shore. Gave quite a perspective. And back then the Pines were more a bit remote than they are today and the view was just a vast palette of green.
Reactions: old jersey girl, RednekF350, bobpbx and 1 other person

Speaking of Navy pilots, Cmdr. David Fravor with the Nimitz Carrier Strike Group flying three F/A-18 Super Hornets observed, and recorded, what is probably the most compelling UFO incident in 2004. The famous "Tic-Tac" incident video has just been declassified and released by the Pentagon. 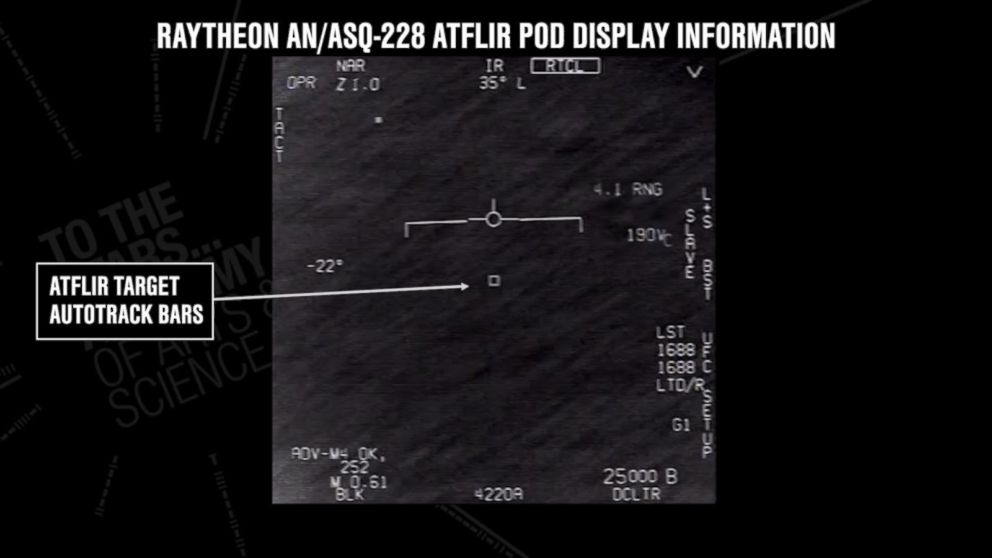 How do you feel about that video Jon? Do you think it's a UFO? I think it's odd how I feel about it. I neither believe it nor disbelieve it. I guess it's hard to switch from never seeing one (and therefore conditioned to not believe) to actually seeing one and believing.

I thought this was generally a good progam about the phenomena, hosted by Luis Elizondo (former head of the AATIP) with interviews of many of the pilots and other military personnel involved. 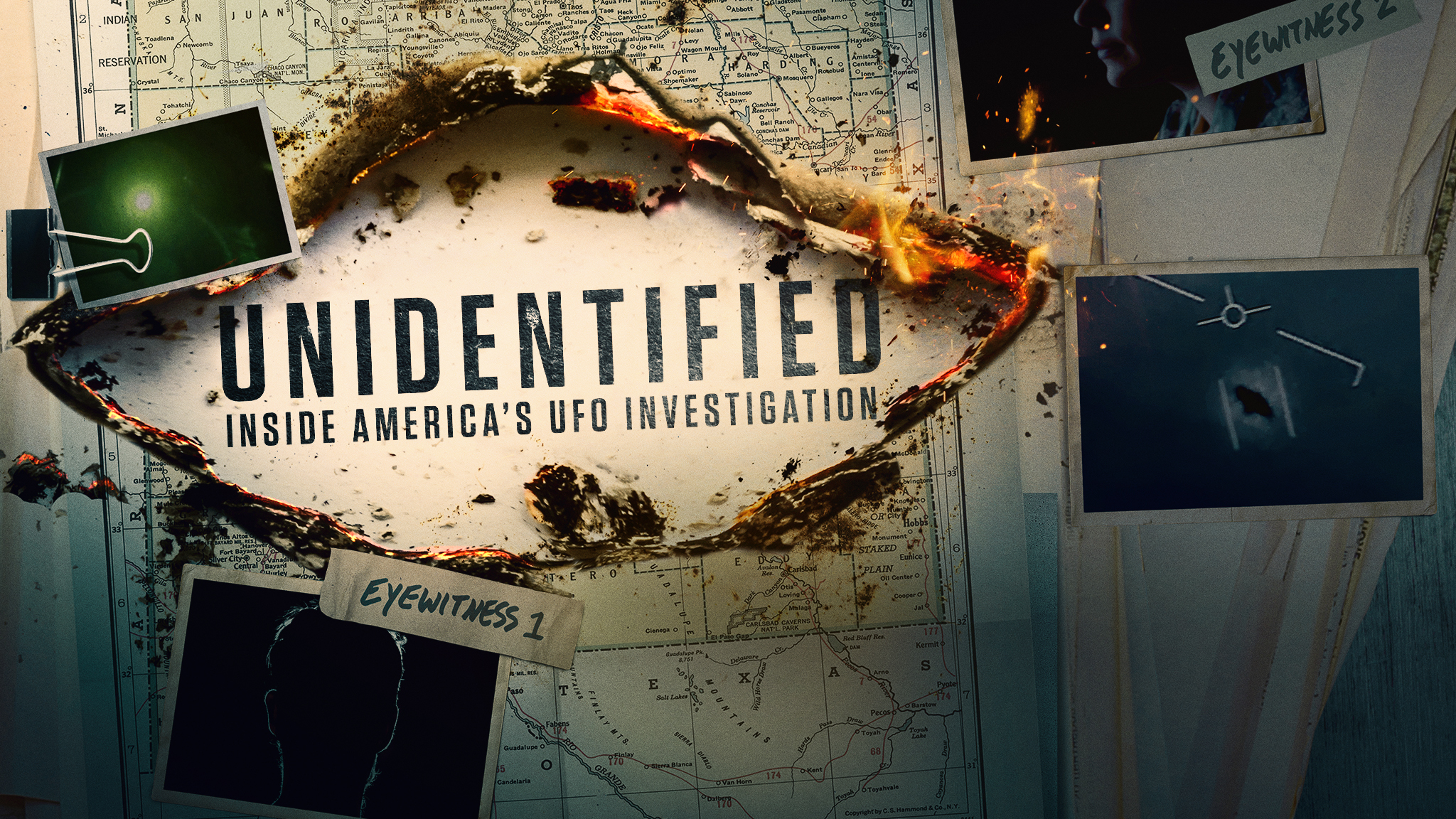 In season two, each episode will center around a specific case or aspect of the modern UAP phenomenon and follow the credible team of connected investigators including former military intelligence official and Special Agent In-Charge, Luis Elizondo, and former Deputy Assistant Secretary of...

This is an interesting article. https://www.app.com/story/news/history/erik-larsen/2019/09/03/new-book-retired-air-force-major-claims-alien-killed-joint-base-mcguire-dix-lakehurst/2194355001/

bobpbx said:
Do you think it's a UFO?
Click to expand...

I have done some youtubing and googling on UFO's. Hard to disbelieve what a Strike Force Navy Commander in an F/A-18 Super Hornet claims he and his wingmen saw. If you Google him he discusses how many other Navy pilots have also seen similar craft. It's an official Pentagon released video. Not only do I believe him, there is only one explanation for the propulsion system of the UFO.

David Fravor was a Navy Pilot, trained to observe land and aerial occurrences. He is not some nut wearing an aluminum foil helmet... like me.

I find the subject fascinating. I also think 98% of Ufologists are crackpots. But there is that 2% that is very hard to explain.
Reactions: 46er
H

bobpbx said:
How do you feel about that video Jon? Do you think it's a UFO? I think it's odd how I feel about it. I neither believe it nor disbelieve it. I guess it's hard to switch from never seeing one (and therefore conditioned to not believe) to actually seeing one and believing.
Click to expand...

By definition, it is a UFO (unidentified flying object)..... UFO does not mean E.T. spacecraft....These videos are part of a very large body of compelling data that has amassed since WW2...for me, it is not a matter of believing that these craft exist. I accept that they exist, and I've witnessed them myself (no, I wasn't under the influence, and I had another witness)....seeing is believing, so I certainly sympathize with your position...however, I'm confident that any open-minded person of intelligence studying the evidence will accept that there is a real mystery here, even if they themselves have never seen one....but I think you make a good point about people being conditioned to disbelieve....UFOS have largely been stigmatized, beginning with government disinformation campaigns in the 50s, and the fact that 95% of UFOlogy is BS doesn't help....but as Jon points out, there is that small minority of content that constitutes a genuine mystery...

Hank, you said in another thread you saw a UFO in the pines. Can you describe the incident?

Jon Holcombe said:
David Fravor was a Navy Pilot, trained to observe land and aerial occurrences. He is not some nut wearing an aluminum foil helmet... like me.
Click to expand...

Well...I've been on aircraft carriers a couple times during flight operations, and was on a Navy Base for 38 years. Many of the officers over me were former pilots. They are not supreme beings. Intelligent yes, I"ll give them that, but they are human. I was on the 3rd deck of the Eisenhower, and one came through the passageway talking to himself as if he's in front of his Commander replying to a question. Just making an observation.
You must log in or register to reply here.
Share:
Facebook Twitter Reddit Pinterest Tumblr Email Link
Top Bottom