Will deer eat dog food? Are they baiting for coyote?

Guy, You mentioned Union Clay Works, There was a setup like that right between the cellar holes. It was fairly close to the road too.

The Wick said:
Guy, You mentioned Union Clay Works, There was a setup like that right between the cellar holes. It was fairly close to the road too.
Click to expand...

Teegate said:
Yes, that is it.
Click to expand...

That set-up has been there at least since the fall.

So if they have not been refilling it nothing has come out of it.

manumuskin said:
Will deer eat dog food? Are they baiting for coyote?
Click to expand...

Yes they will Al. I never tried it though. I wouldn't think there is much scent emanating from that setup with only the drain pipe as an outlet and no mechanism to fling it. Can't beat fresh goose or deer carcasses to attract canines, raptors and raccoons and other interesting scavengers.
Reactions: manumuskin

manumuskin said:
I have seen video of deer actually eating meat so figured dog food was a possibilty
Click to expand...

I was digging for a video I had of a doe browsing and actually eating a small bird that got in the way, in my experience they are like goats and will attempt to eat just about anything

Went looking for one of the corner stones to the Maxwell tract off of 563 today. I visited there back in 2007 on the Wading River to Wading Pines PBX hike and could not find it. Our route took us down a flooded road with three bridges. 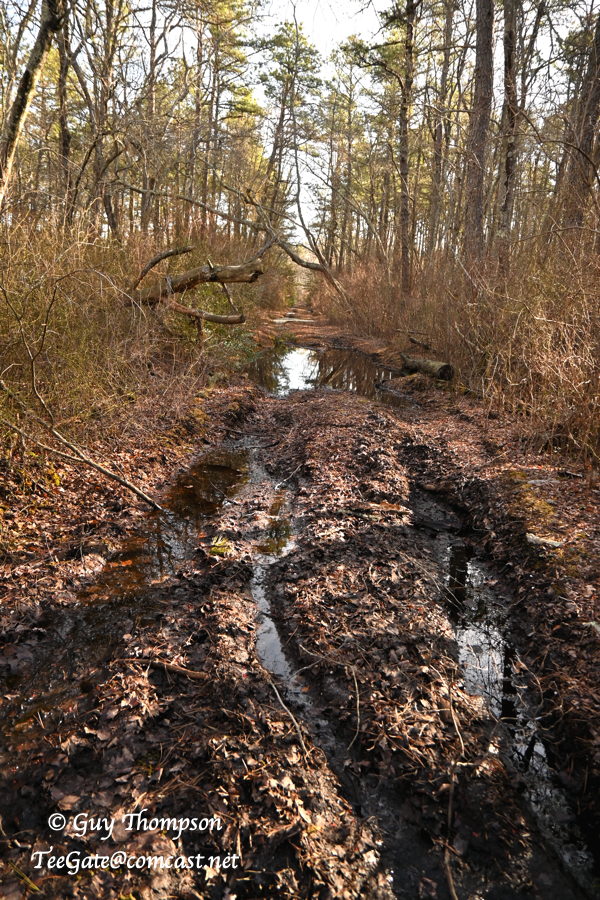 All of the bridges were old and mostly unused because it is flooded. 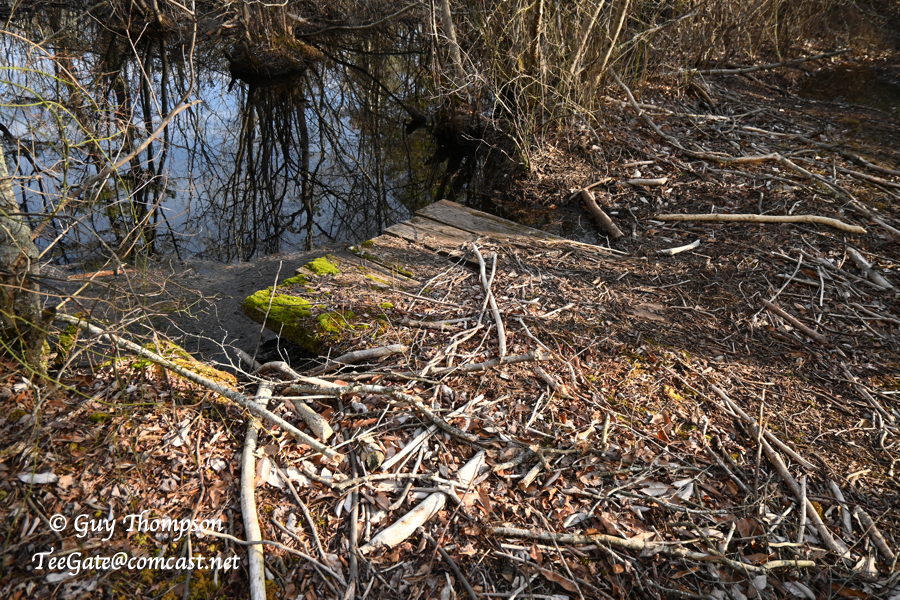 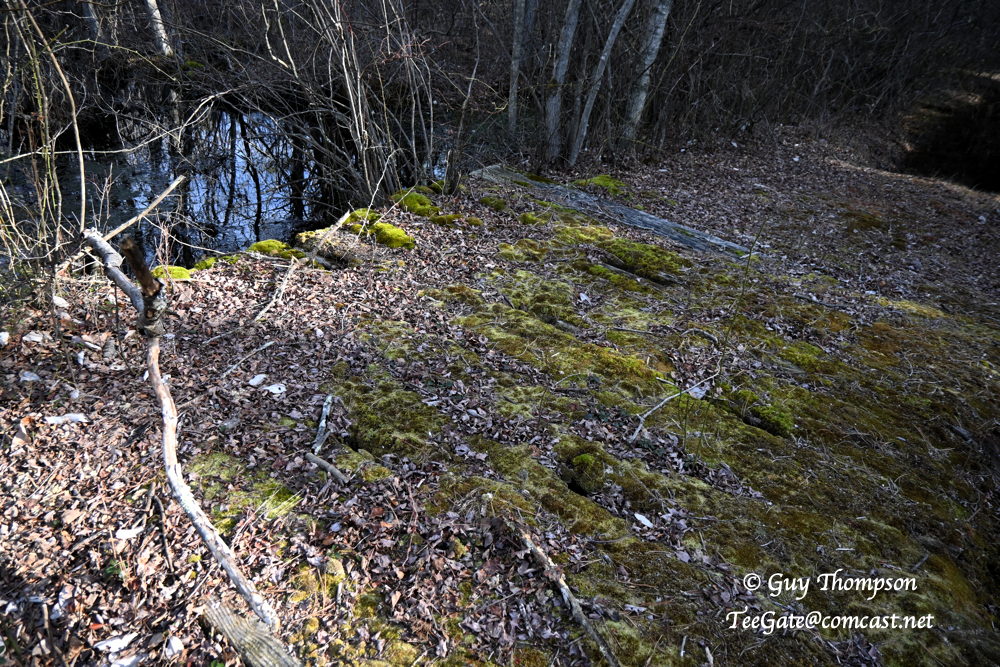 It was a long wet walk. 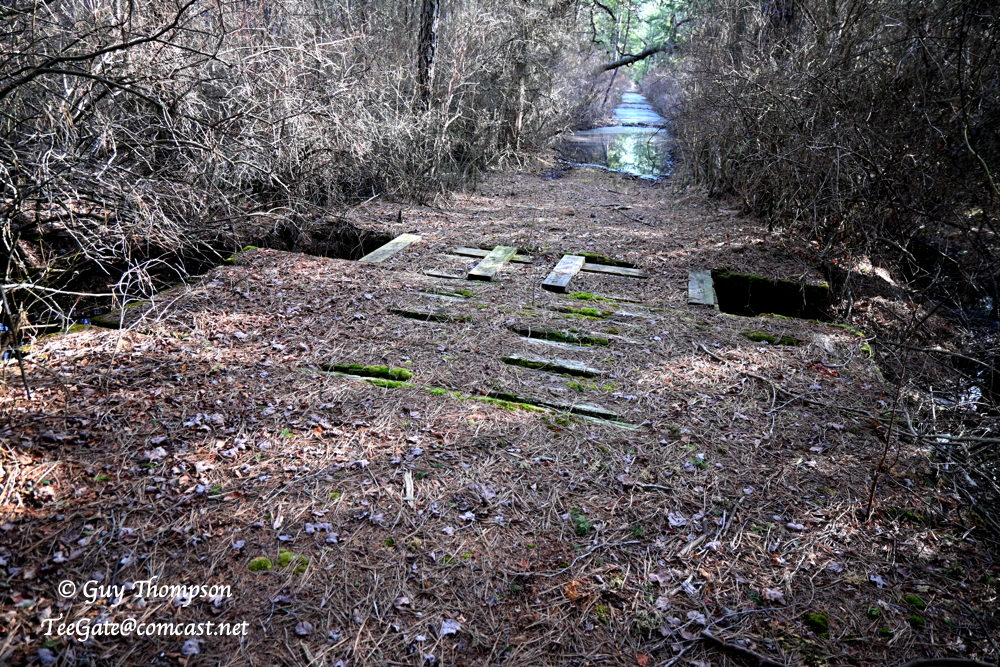 And the end result was we did find the stone which has been there since at least 1895. It is located 1 foot from a small man made trench and fully underground.

Reactions: 1Jerseydevil, manumuskin, Boyd and 3 others

A member of PBX received an email from a man who worked or works for the FFS, and during one of his missions he discovered this canal or raceway. Even though we had a PBX hike right by it years ago I don't remember seeing it and don't know anything about it. We visited it yesterday and plan on going back sometime in the near future. The man gave some idea's on who he thought may have built it but the information I see in "Heart of the Pines" seems to disagree. However, I am uncertain as of yet and will research some more if possible. 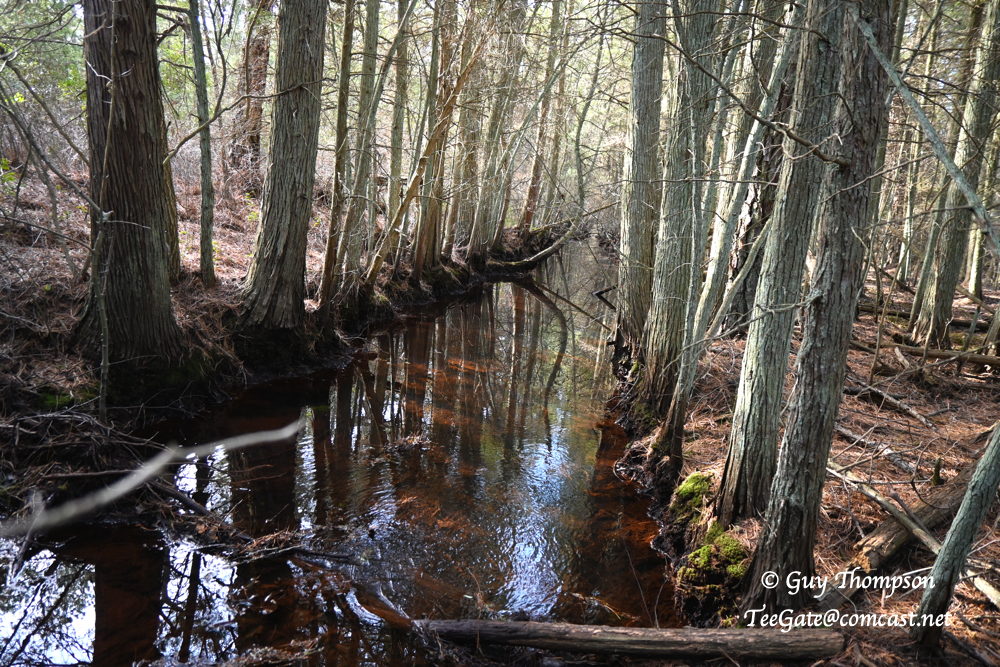 I went out early this morning looking for a particular stone. Found nothing. I could barely see. 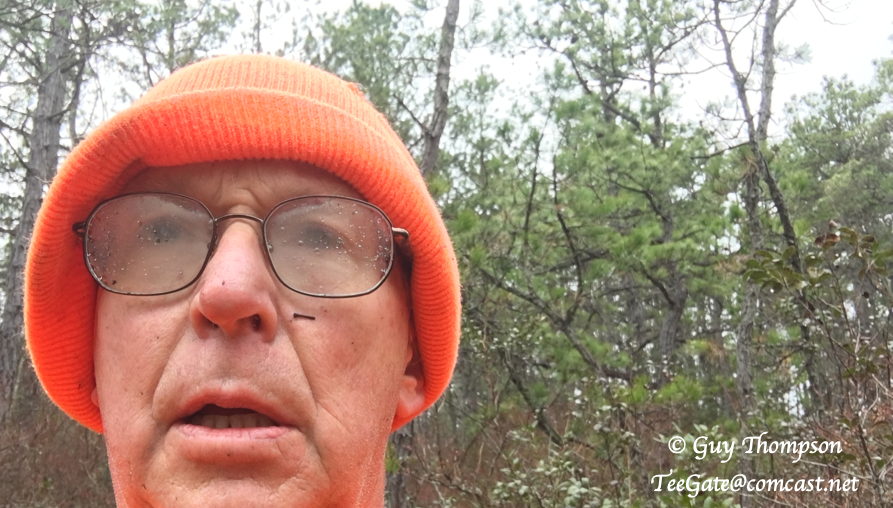 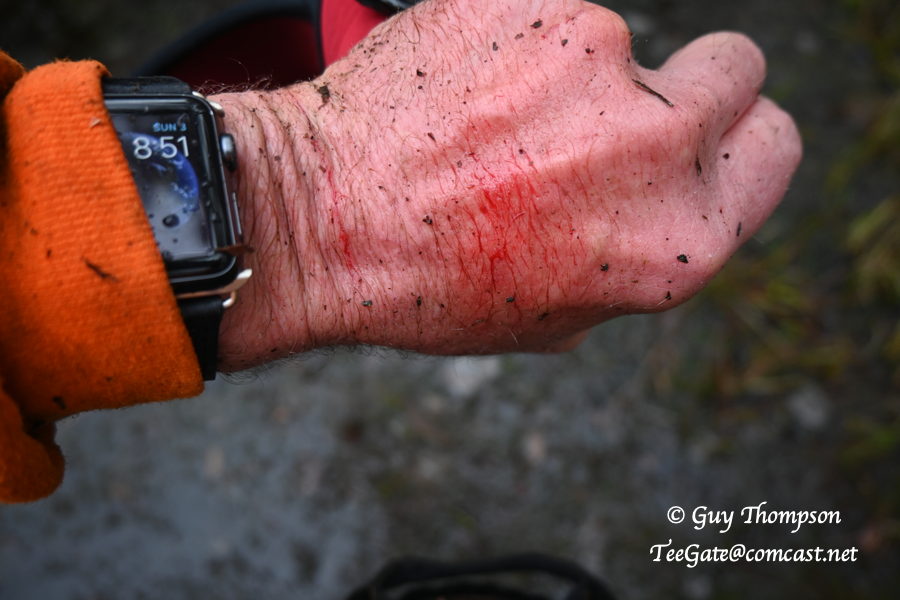 Sometimes you eat the bear, and sometimes the bear eats you.

Been there, done that, even the bleeding hand. I certainly know how you felt.
Reactions: Teegate

I love to walk in the rain but when I had to wear glasses I had the same problem.Then I got cataracts and they put new lenses in my eyes,presto! I can now walk in the rain.I still use glasses for driving,my vision is good enough without them for walking or city driving but travelling at high speed I need the glasses to be able to see further away clear.Then of course I got Glaucoma and now I"m nearly blind in the right eye but I still got my left one! yep Bob your right about the Bear

Was alone again today so I revisited the area of Medford near Austin's Causeway where we spent quite a bit of time in the last few years looking for property stones. I wanted to look for a few we never found and today was a complete bust. Nothing!

I really like this area as it is easy to get around by following the motorcycle trails that many years ago were actual roads. And some were apparently firebreaks. It is remote, very quite and completely void of trash. 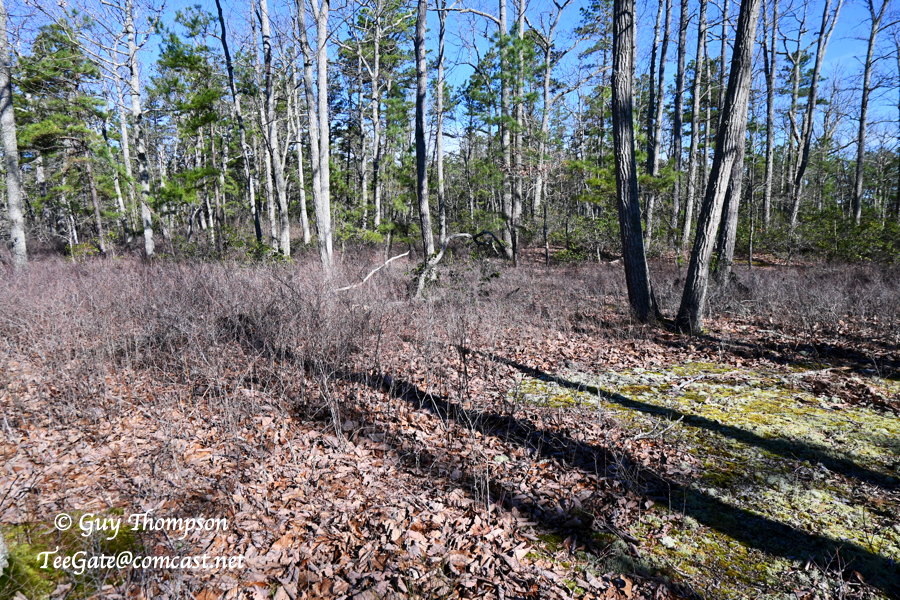 So remote and quiet this stone has been there in the open for over 170 years. 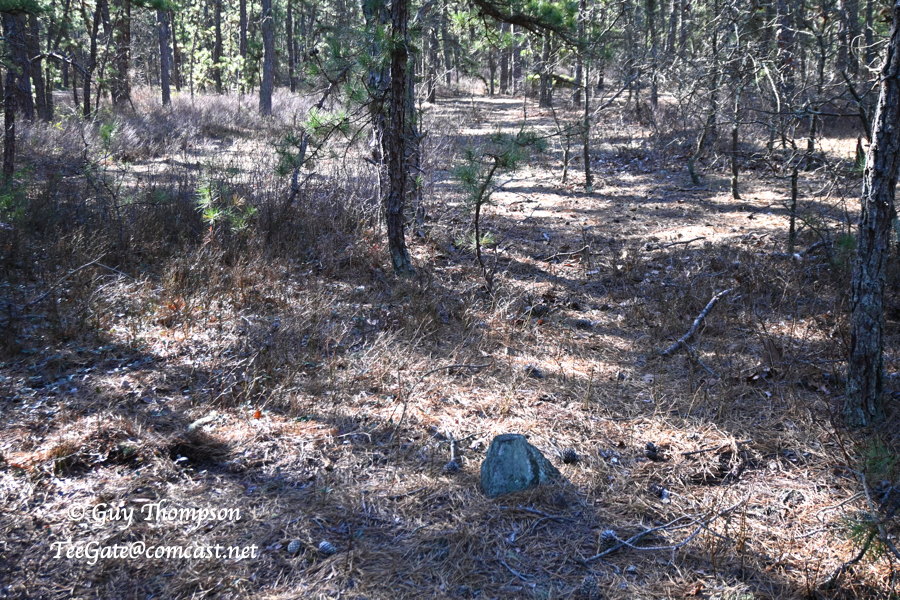 I have discovered a new deed with many new property stones nearby but I have no idea as of yet where to look.
Reactions: TommyP, Menantico, John and 1 other person

BTW, in that new deed I mention above the property extends all the way down across Jackson Road to Goshen. And one line in the deed mentions a place called Goshen Gap.

To a stone corner of the same near Goshen Gap so called.

And while looking over the deeds for Constant LeDuc for the White Horse area, I realized that I know the exact location where the deed begins. It is right here along the Roberts branch at the south west corner of the intersection by the Bordentown Gun Club. There use to be a stone there and a Wharton monument but they are long gone.

Anyway, what is interesting is the property north of there which most likely even includes the Shiloh gun club property long before anything was built there, was called Roberts Meadow and today the stream is as we know it the Roberts Branch.

And this very same deed tells me exactly where the beginning stone is for the Friendship Bogs tract that I have never been able to find. Turns out it appears all of the info I have may be incorrect...even the states survey of Friendship Bogs. However, I have not found the stone since I just figured this out today. I will be looking next weekend.
Reactions: manumuskin

Teegate said:
Was in Greenwood today and noticed this. It is home made but the spout has some issues. It does not allow the food to come out properly. I suspect it has been there for a while as the wood holding it up is fading, but the food is still full.

There obviously was a dwelling there at one time and the pipes from Union Clay are still pretty much intact.

I have an update on this post concerning the dog food and apparently other mixture that were in the bucket in Greenwood. On the PBX hike yesterday one of the members knows the person doing this. He tells us that the feeder is designed for raccoons because they can stick their hand in the hole which is made small so only they can get to it. It is a mixture of various types of foods I was told.

The season is ending quickly so we went out today again looking for property stones and came up empty. Had to cross this stream to get to one of them. 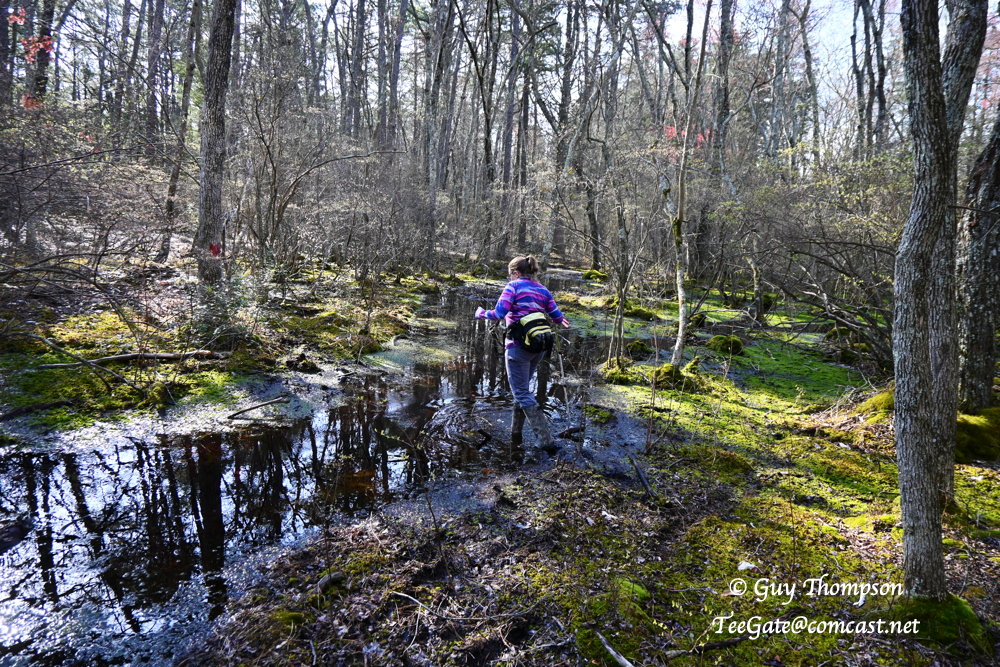 If you are interested in seeing Lady Slippers this year and have not viewed them before, just walk along a road that has been burned along the edges and you may find them. We parked along 563 today where the FFS burned and found them easily. 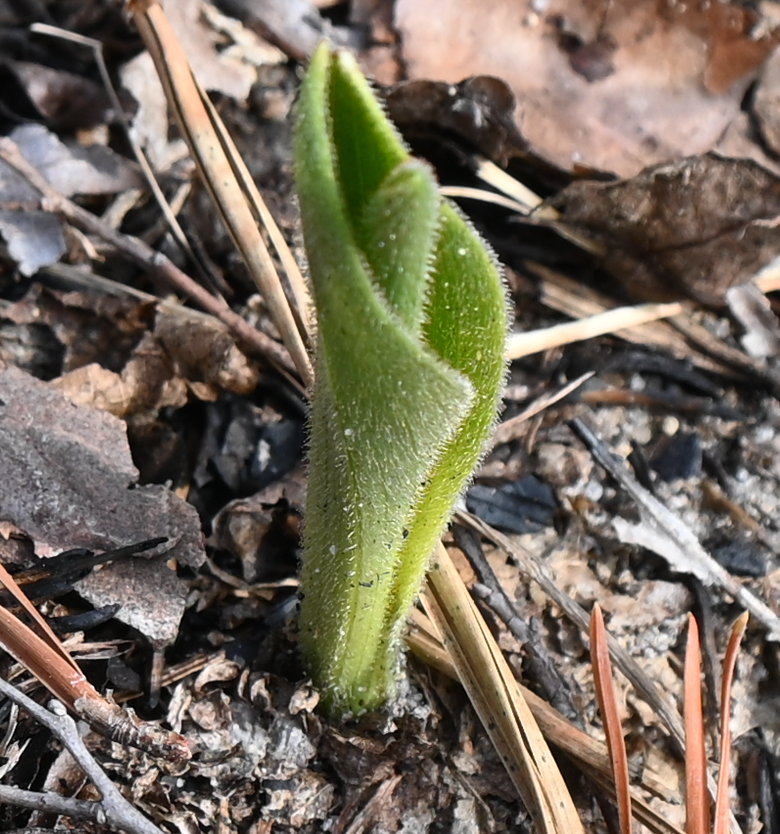 We were driving along in Lebanon and noticed the FFS had completed a few burns a short while back so we revisited the incised Sykes stone. It was much easier to see today. The stone must be really large as it does not move at all when I push on it. It is on an angle and the letters are basically underneath it and I was not able in the past to get a really good shot of the letters. I will return soon and get a better shot. 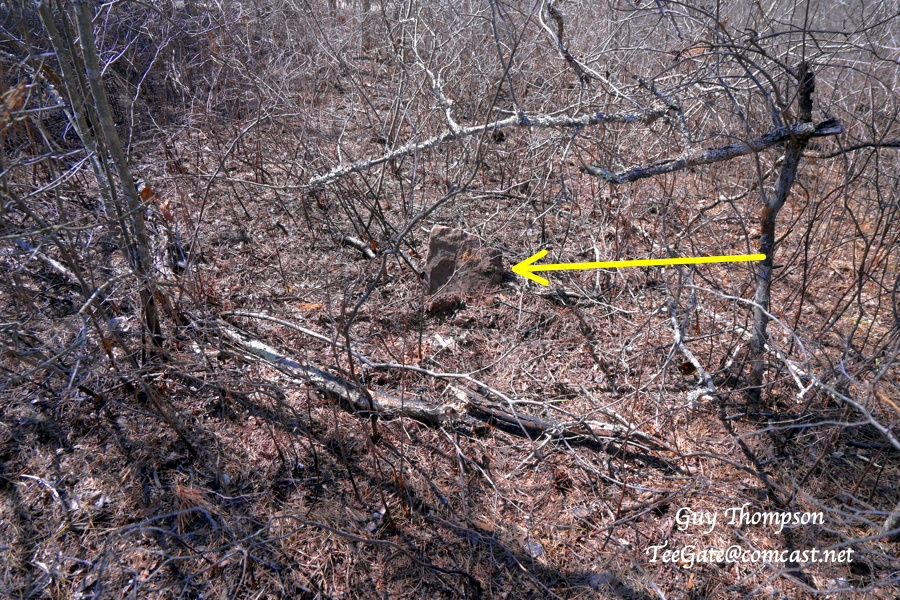 I just did not get it in focus. 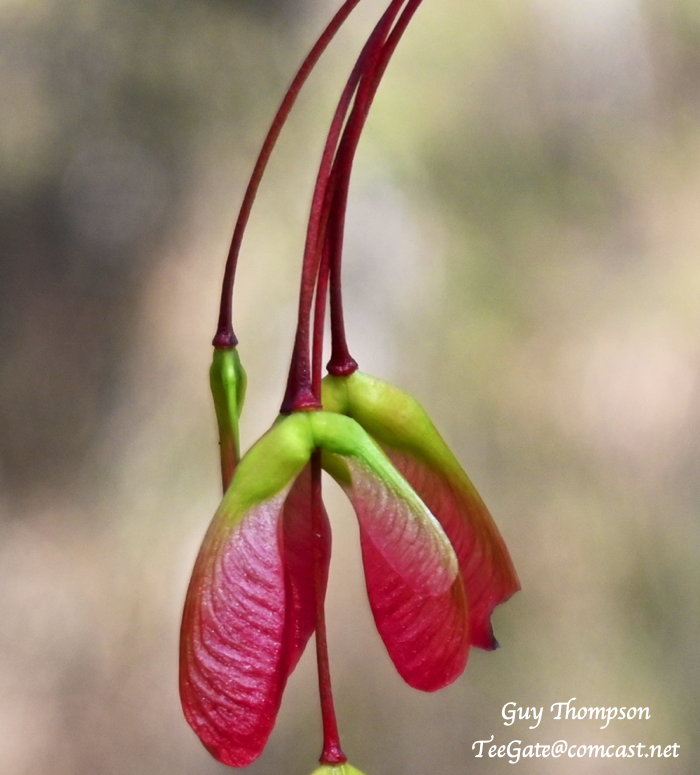 We went looking for a plant that was located on the Pole Branch and today it is gone. The water level is really high now. So I checked out the 2 huge pipes and saw this in both of them. 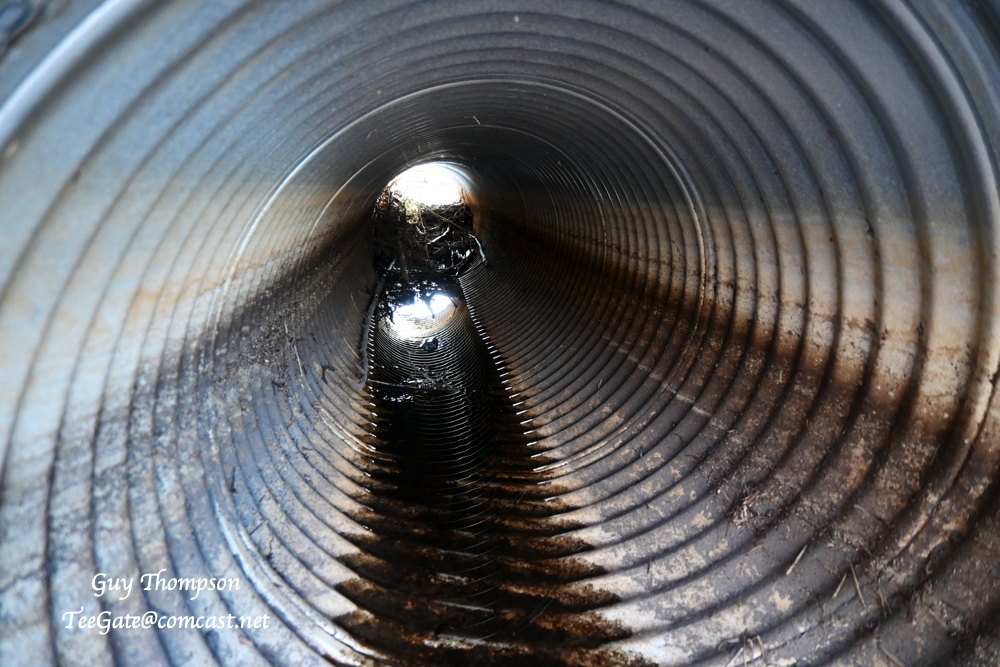 And along Lebanon State Forest road at the Pole Branch the road has washed out. However, the beaver have done their part to put a stop to it. Humans however have thrown crap in it or done nothing to fix it. 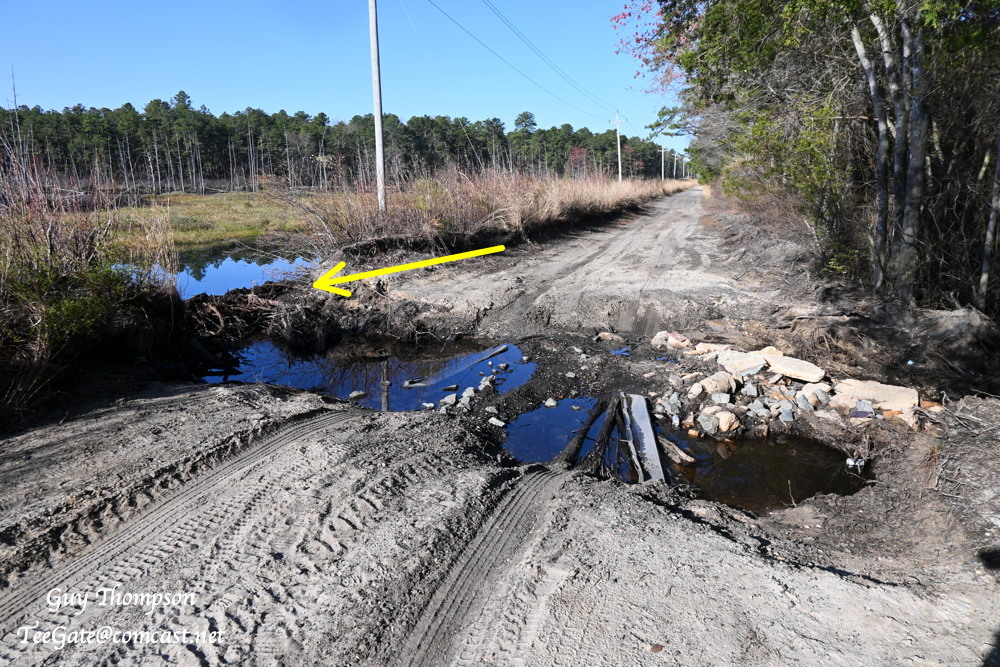