uuglypher said:
B6 5he way, is Largo still active on the forum?
Click to expand...

Rich; doing a little more research on the net, I came across a Post from this Site from 2009. Turtle, at the time, had questioned about a canal across the Wading River from Charcoal Landing. This canal is on the west side on the river. You stated that Joe Palmer inherited the property from George Gossler in 1940. You further stated that the canal was 1300 feet long and was built sometime before 1946 and that Joe Palmer built a block pump house at the lower end of the canal. I would have to say that the cranberry bog that Joe Palmer inherited along the Wading River is on the west side.

The canal is about 3/4 mile up stream from a present day working cranberry bog just north of the bridge that crosses the Wading River on RT 542. The canal was probably built there to be safe from the salt line and/or blackish water.

I do have to add that there was another bog just a hair north of the canal. But it doesn't appear that this canal was supplying that bog, unless it was pumped to it. It also appears that this bog really did not get off the ground. It is hard to see it on current maps and even much older maps. But it does show up very well on the Topo map.

Yes, the canal starts on the opposite side of the Wading River (across the Wading) from Charcoal Landing putting it on the West side. I haven't looked at the 2009 post recently. Perhaps I was unclear earlier.

I believe your thoughts on the salt water line are correct.

I vaguely remember that a Maja Leek may have been associated with those more northerly bogs but would want to confirm. I'm not sure if I ever looked into the deeds for that property so consider it merely speculation at this point.

Rich; you were quite clear on that old post. I was just reconfirming what you said. And relaying that information to Dave that the Joe Palmer bog is on the west side of the Wading River.

Ron and Rich,
Is there a topo map accessible online that illustrates the bog you describe? I’d love to see it!

Is this the canal?

Dave,
Click on 'NJPB MAPS' on the black band of this Site. Then click on the Map drop down. Then click on TOPO. As you see there are other choices of maps. The Red Marker you first see on the maps is Chatsworth. Just scroll straight down on the map to the area we been discussing. Use the + /- for zooming in and out.

Oriental said:
I vaguely remember that a Maja Leek may have been associated with those more northerly bogs but would want to confirm. I'm not sure if I ever looked into the deeds for that property so consider it merely speculation at this point.

Not that it proves ownership, but there is a Maja Leek Field Rd that intersects with Ridge Road. It heads through a cranberry bog and then intersects with Old Wading River/Maxwell Rd just north of the canal in discussion here.
R

Yes, your 2nd and 3rd link is the canal, which I believe is supporting water to the cranberry bog 3/4 mile further south near Route 542. My link was to show the canal, the Bog and one other bog just north of the canal.
Reactions: Boyd
R

That bog north of the canal has not been discuss before. It was only mentioned to give Dave another option to where he might have worked at back in 1960.

That bog north of the canal has not been discuss before. It was only mentioned to give Dave another option to where he might have worked at back in 1960.
Click to expand...

yep, I get that, I was answering Rich's comment on Maja Leek

I do appreciate the effort, guys, but I’m still drawing a blank on seeing anything with the characteristics of “my lost bog”. I’m guessing that it was between 1/10 to 2/10 of a mile east of the bog to reach the right turn that took us south to the highway just E of the bridge across the river.
While we’re at it, and for whatever interest it may be , here are few further recollections from that summer of 1960:

There were a few occasions when I and part of the WestViginia crew were dropped off at one or another of the Pomona bogs on the west side of the river...for ditch clearing duty. On one occasion we were warned that there would be “aerial spraying for cutworm control” that day and to keep our eyes closed and face down as the plane passed overhead. I remember being surprised how damned low and close the plane passed over us...and it wasn’t a “spray”, but a white, granular material that really stung when it hit bare skin! I recall wondering how that stuff was fed out of the plane for dispersal...still do!

The only other occasion that I recall being in those west bank bogs had to do with Hugh and his dad’s love of shooting...both shotguns and rifles. One Sunday we “sighted in” a couple of hunting rifles...0.30 caliber sporterized military rifles I think... at one of the bogs that was long enough - North to South - to permit close to a 500 yard (? really far, anyway...) distance to a target placed on the distant North bog levee as backstop.

The only thing I remember other than that my “groups” were nowhere near as “tight” as Hugh’s or his dad’s was that was the day I discovered something I hadn’t previously noticed about Joe. His left elbow was ankylosed...solid and of fixed angle. He told me that years before, when they had cast his injured elbow (I don’t recall the story of how it was so badly injured), that they told him to decide on the angle with which he was willing to live with thereafter. He obviously chose well, because there was little or no evidence that his fixed angle left arm caused him even the slightest disability. He could drive a car/truck, shoot a shotgun or rifle, and even smoke a pipe....for which he could have used his right hand, but preferred to use his left. His pipe had a somewhat longer-than-normal stem. He would turn his head to the right, and, with his fixed angle left arm he could bring that long stem to his mouth to puff on or to grasp in his teeth. His routine movements with that fixed angle left arm were so natural from long practice that the casual observer was unlikely to have the slightest awareness of its unusual feature!

Funny the things we recall, eh?

Oh, and besides the three pine snakes and rattler I caught on the higher ground east of “my bog” , there was also a hog-nosed snake and a pilot black snake (black rat snake) seen on my last day at that bog. I always hoped for a corn snake, but no luck there. Did find two corns elsewhere though...one on a bog levee somewhere near Double Trouble, the other south of rt. 70 near the Mt.Misery “church camp”(that’s what Asa Pittman had called it....) one Sunday while exploring sand tracks with Hugh in his dad’s jeep.( We didn’t spend every Sunday at the beach!)

Watch this space...never can tell when I’ll be hit with another fit of recollections!
Last edited: Feb 18, 2020
Reactions: Boyd

At this point, it seems like we just have to give you some time to study the historic aerials. This discussion reminds me of a TV show I watched awhile ago about how the brain works.

"...rather than being a faithful record of our past, memory is fallible and often unreliable, making our life of memories more personal mythology than digital recording." 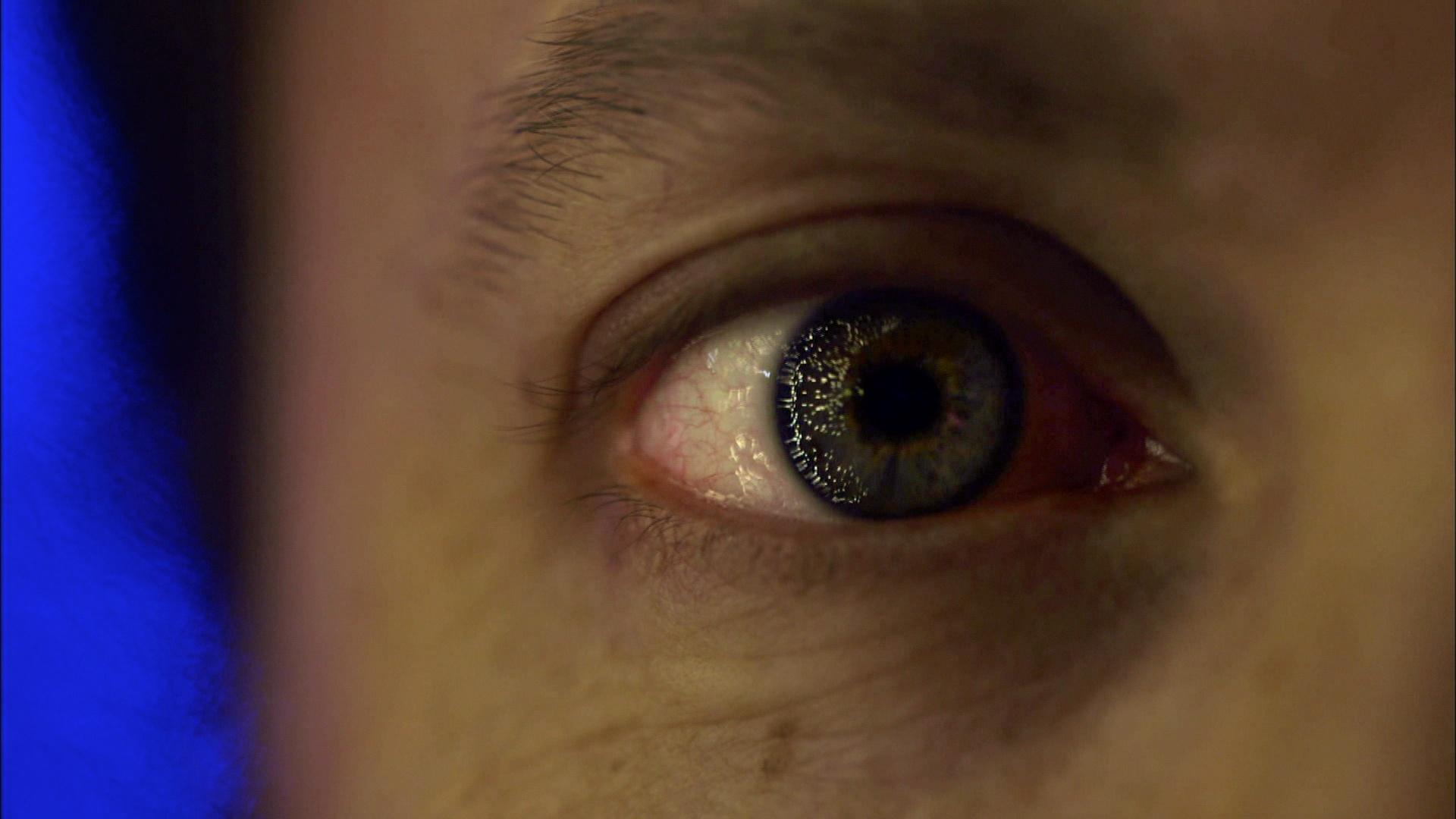 S1 E2: What Makes Me? | The Brain with David Eagleman

Dr. David Eagleman explores memory as an important pillar of self, and reveals that rather than being a faithful record of our past, memory is fallible and often unreliable, making our life of memories more personal mythology than digital recording.

Those fascinating “historic aerials” are exactly what have occupied much time of late! And I couldn’t agree more with that quote from Eagleman! In my ninth decade of life I am well aware of the difficulties encountered daily in separating documentably confirmable ,” hard-copy facts” of the past from those equally realistically perceived yet ultimately to be recognized as “would-that-it-were”imaginative and irreconcilable versions of events in those same temporal pleats of fabric of the past.

Again, I do appreciate, more than I can express, the patient efforts of you all in attempting to help me sort the facts from fictions that are the evident woof and warp of the weave of some of my recollections. You have all been most kind and understanding...and that means a lot! I am beholden t’ye!

uuglypher said:
those same temporal pleats of fabric of the past.
Click to expand...

The 'brain' is truly an amazing, bewildering organ; still not fully understood by science, that can bring the best of those scientists and researchers to their knee's. Your memories are yours, and yours alone. Enjoy them.

I think the new Genus name is Nerodia