You are using an out of date browser. It may not display this or other websites correctly.
You should upgrade or use an alternative browser.
C

They've digitized a lot of their old maps at: https://www.nj.gov/dep/njgs/enviroed/freepubs.htm#oldpubs

Some years ago, before I got interested in the Lawrence Line, I was out to the 95 Mile Tree fire tower on my mountain bike. Other than that I don't know much about the line south of the Musconetcong. I'd also be interested in anything interesting you turn up about the Budd Lake area.

Thank you for that. The firetower is walking distance for me and spent a lifetime growing up here and running around in the woods. I found this stone going down what used to be Station Road. I always knew it was there , but recently a friend was telling me about the Lawrence Line and it popped up in my head. It is not a mile from Waterloo Village though. It ALMOST seems to follow a Lawrence Line I saw on wikipedia , but not quite.... however technology was radically different back then. These are the coordinates in case I forget. It seems closer to the line that cut across Tilcon Lake. All of this may have been within margin of error a couple hundred years ago. 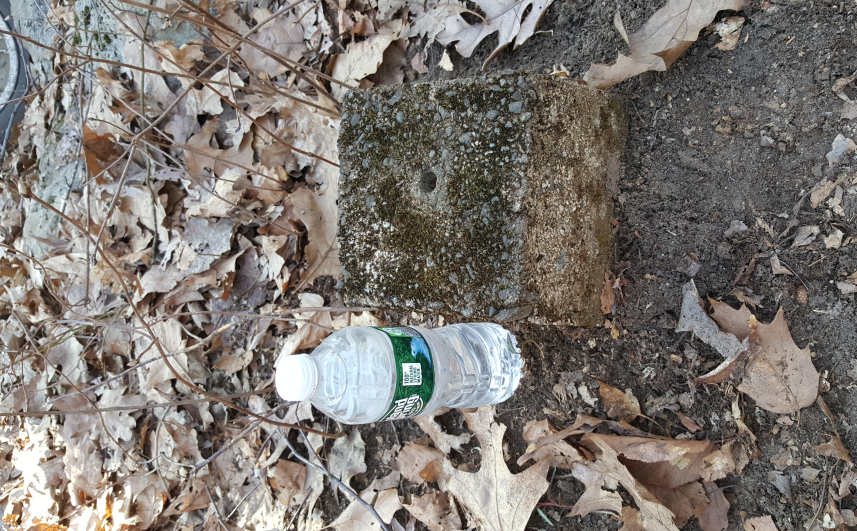 That looks like no Lawrence Line stone I"ve ever seen.They mark it with concrete markers up there? Down here they use stone

AlanFulton said:
These are the coordinates in case I forget.
Click to expand...

It makes things easier if you use decimal degrees.

If I did the conversion correctly, this is the location on the 19th century and 20th century USGS topo maps

Or use your phone as a GPS

@cszipper - I have the 19th century Vermuele NJ topo's on my site, but only for Southern NJ (turning them into a seamless online map is a big project). Had not seen those maps from the 1970's before, very cool. Will have to see what else is available there one of these days.
Reactions: AlanFulton
A

Does not look too far off. The map on the wiki page is this and the marker I found is still a little left of that line. But this line runs well west of Water loo Village. It may just be a property marker instead. 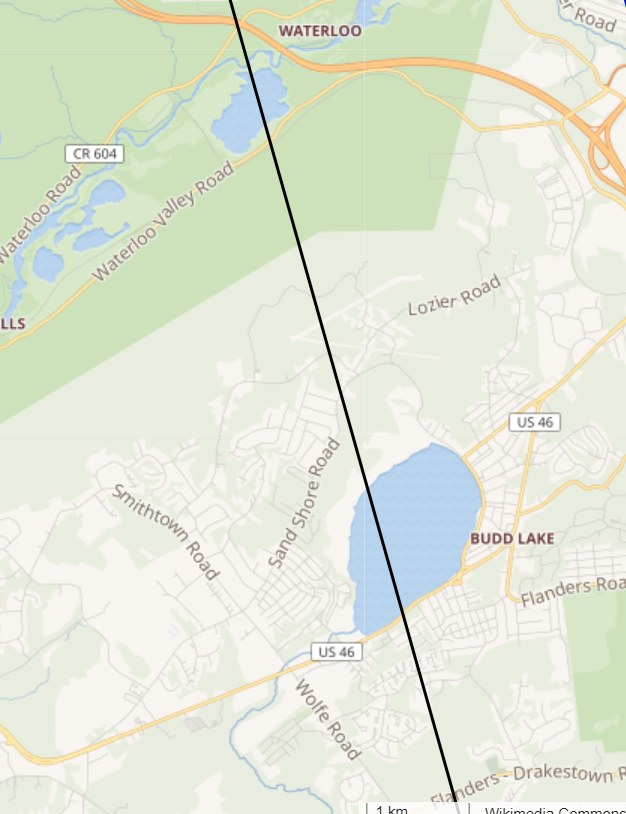 It is just a monument and not a stone. Let me look over my information tonight and get back to you.
A

Teegate said:
It is just a monument and not a stone. Let me look over my information tonight and get back to you.
Click to expand...

Thank you for that. Our town is celebrating 150 years this year and we continue to learn new and exciting things about our past.
Reactions: Boyd 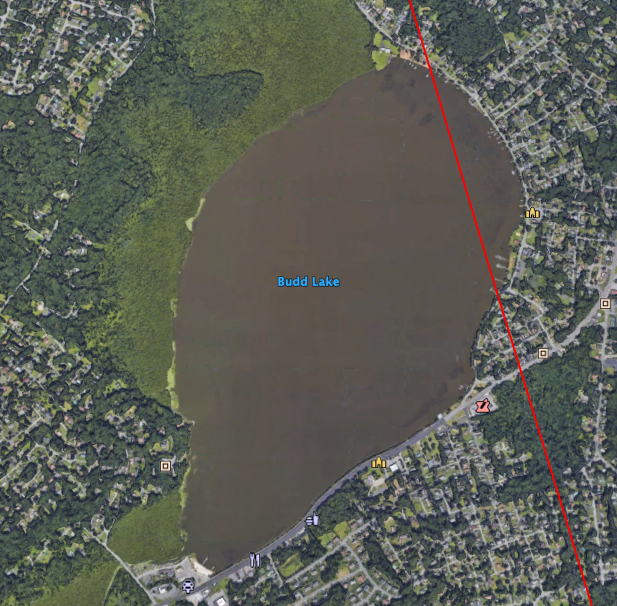 I am doing this quickly so stay tuned for updates.

At this location, which may not be correct and I will update soon, is/was a National Geodetic Survey marker #1018 on the Lawrence Line. They could not find it which you will see soon.

Other info I have says it is closer to this location but I would disagree. The one above is more accurate when I run the line.

They do not give coordinates on these two mile points. I would have to try and figure that out myself. 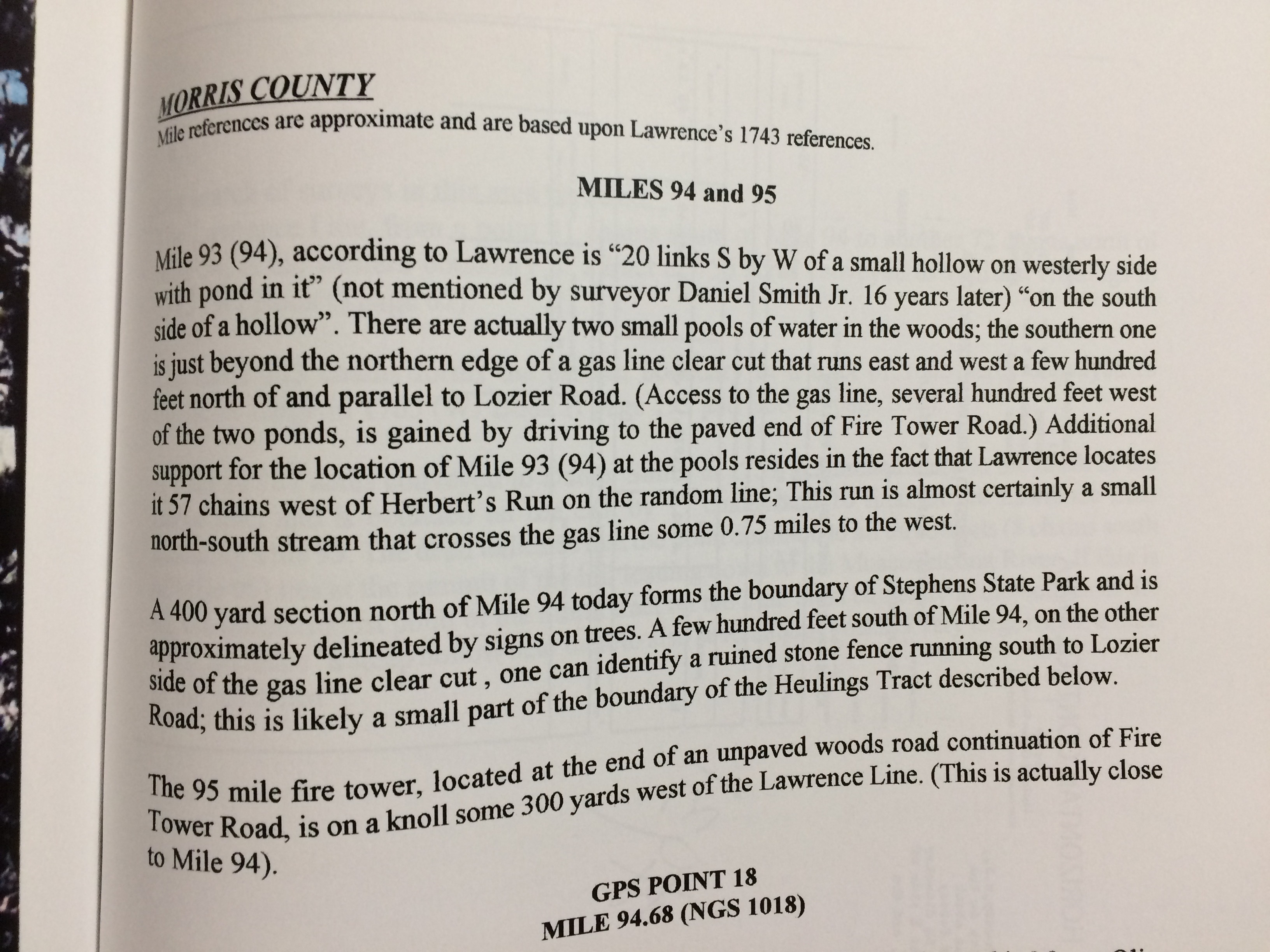 Here is the fire tower.

As you can see the info in this area is scarce. John Taylor who was in charge was from down this way and more than likely did not have all the time in the world to research that area. He relied on others. 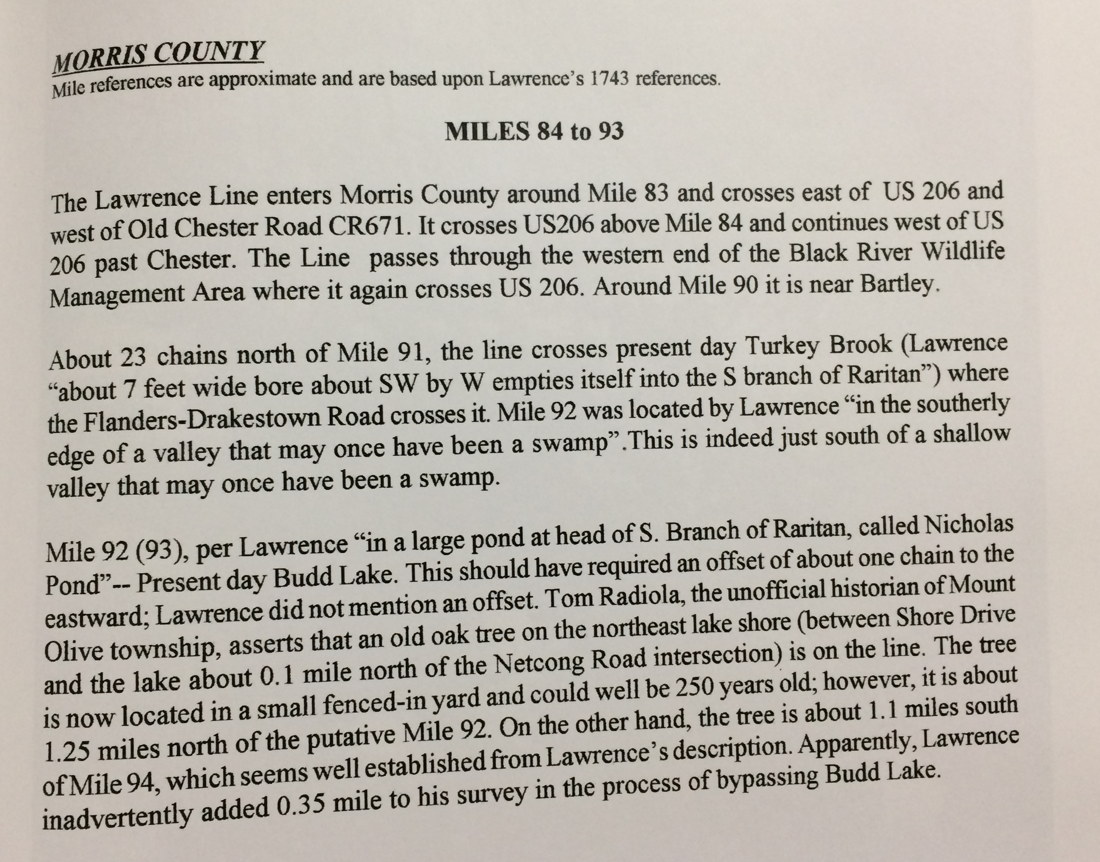 The oak tree mentioned above. 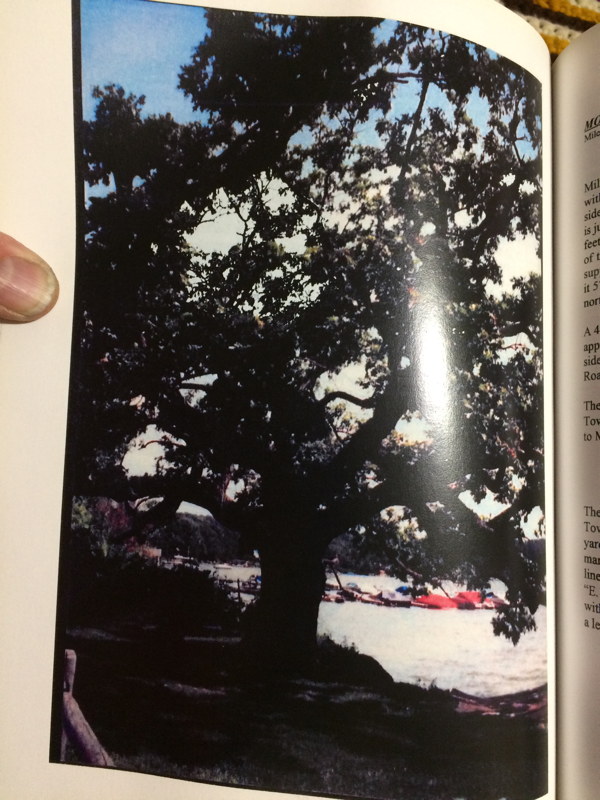 Reactions: manumuskin and Boyd
A

So much awesome in this , Radiola's kids will like when I share this with them. I know that fence.
M

Teegate said:
The Burlington/Ocean county line basically is the George Keith Line, and just like the Lawrence line there have been stones placed along it. George Keith ran his line in 1687 but for some reason he strayed too far south and his survey was never adopted as the East West Division line. Province Line Road is on the Keith line and not the Lawrence Line so it is not the "demarcation" line between East & West Jersey.

Here is the Lawrence Line and the Keith Line. They both start at the same location along the coast. Teegate, I am new to the forum, I have been interested in the west east jersey line. Can you post what the Taylor book describes as to the southern point of the line? I would like to get coordinates if possible? I always assumed that the southern point was at the Little Egg Inlet northern bank, but perusing this sight and references I see the point may be further up the peninsula of LBI. Does the Getty station on RT 9 still exist? Any help is appreciated.

Mcgiiver said:
Teegate, I am new to the forum, I have been interested in the west east jersey line. Can you post what the Taylor book describes as to the southern point of the line? I would like to get coordinates if possible? I always assumed that the southern point was at the Little Egg Inlet northern bank, but perusing this sight and references I see the point may be further up the peninsula of LBI. Does the Getty station on RT 9 still exist? Any help is appreciated.
Click to expand...

The beginning point is underwater but I will have to read up as to how the location was described by Lawrence.

Lets see how this goes. I have merged three photos showing the notes Lawrence made of the area. You should most likely download it to view it in your computer. I hope this helps.
FYI, locations 0 thru 4 are gone because of the ocean and development.

I believe the PP at the bottom is point zero. 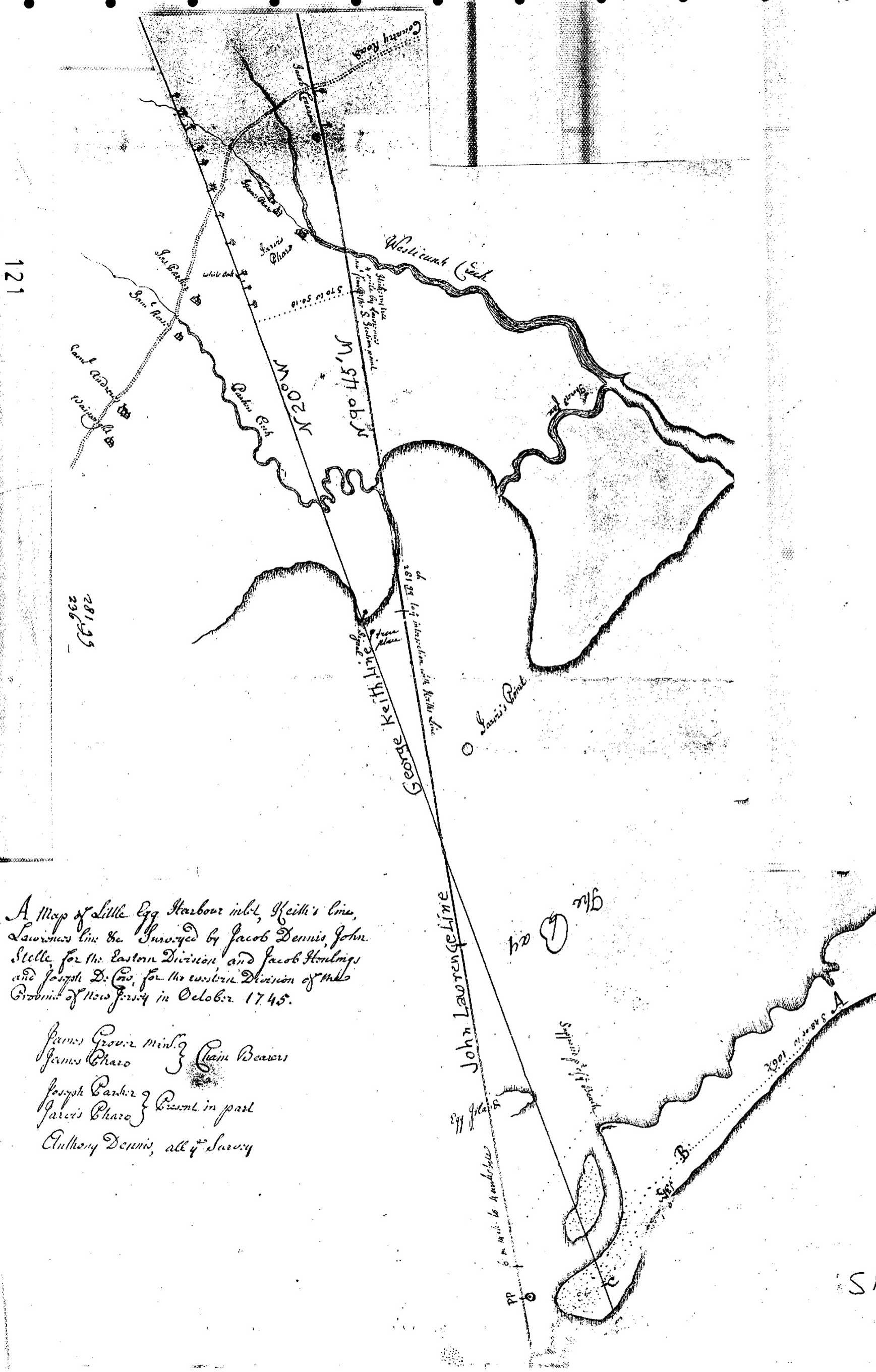 To be honest I run the line between all the known points and it does not match up with his notes. Not even close.

If it interests anyone, here is a quick scan of a frontispiece map from the 1962 book Old Inns and Taverns in West Jersey showing the entire partition. The book says it was drawn by a Mr. Harry Marvin of Mullica Hill.

I don't know which line(s) this is based upon though. The book does not say.

Thank for posting the map but it is deceptive. The curve in the line where the East West/ Jersey Partition Line meet is the intersection of Burlington County and Ocean County where Barnegat Township, Little Egg Harbor Township, Stafford Township, Bass River Township, the old Union Township and Woodland Township meet. There was a stone there until the Warren Grove fire when the FFS bulldozed it and moved it far away from the area. The Lawrence Line is not shown on that map. The Keith line is the Partition line they show because it originally was until it was decided the line was wrong and Lawrence ran the new one.

This stone is now moved far away. 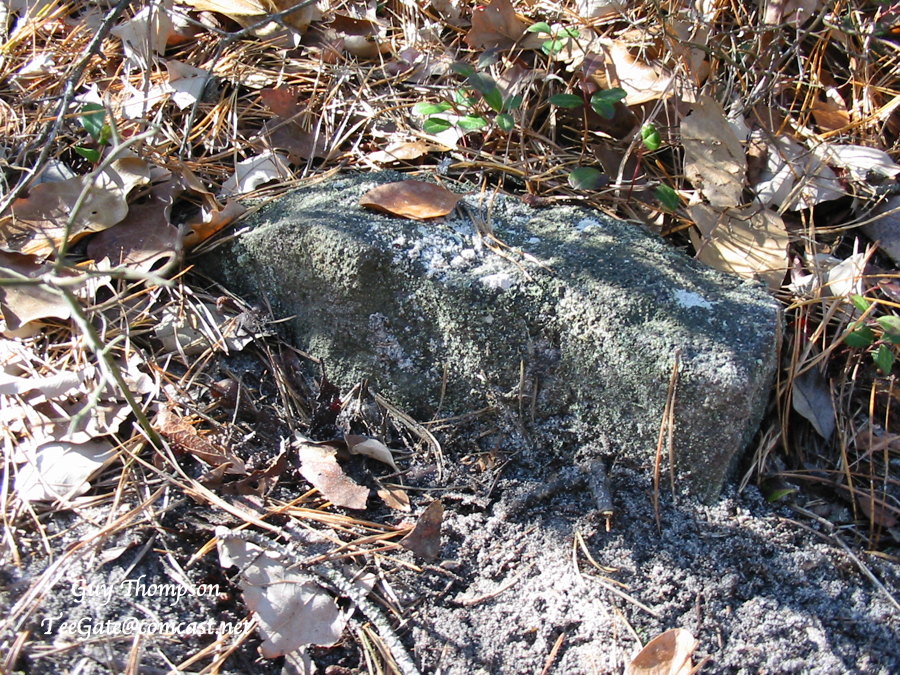 Also, I may in the winter offer a driving tour of the locations where a few of the stones were. The most notable one was the Hanover 1824 stone that was stolen just before I visited it. The stone had a rectangle shape and you can see in the photo the two shovel marks where someone stole it. I use to have a website dedicated to finding it but when Comcast took the storage site from me I abandoned it. I am sure the stone is in someones yard or built into a fireplace and it just needs someone to see it and for me to find out. I reported it to the then superintendent of Lebanon and he said he was calling the police. I doubt that happened. 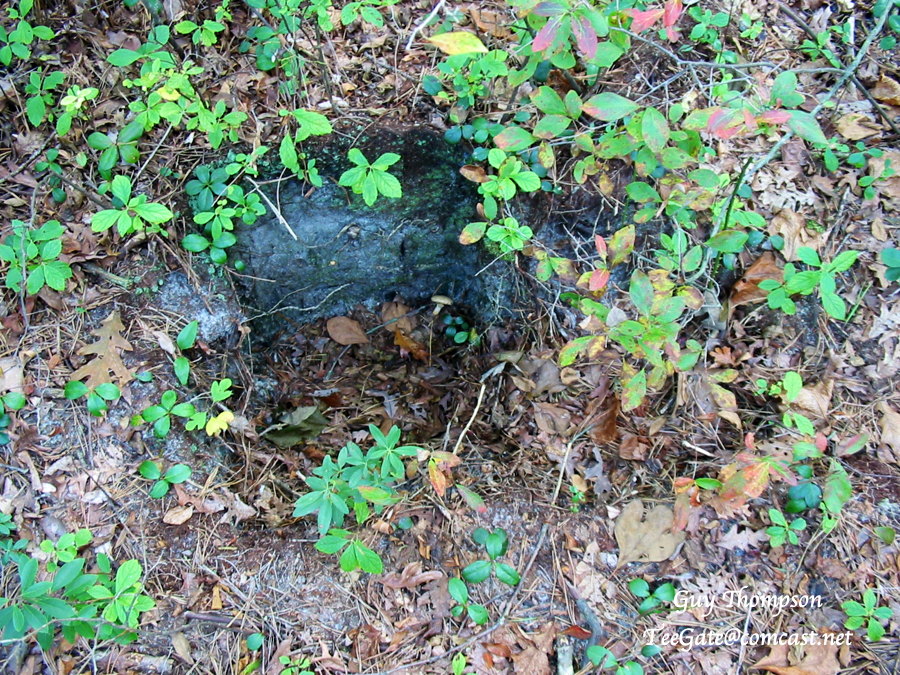