I found this on Sawdust Pile Road. 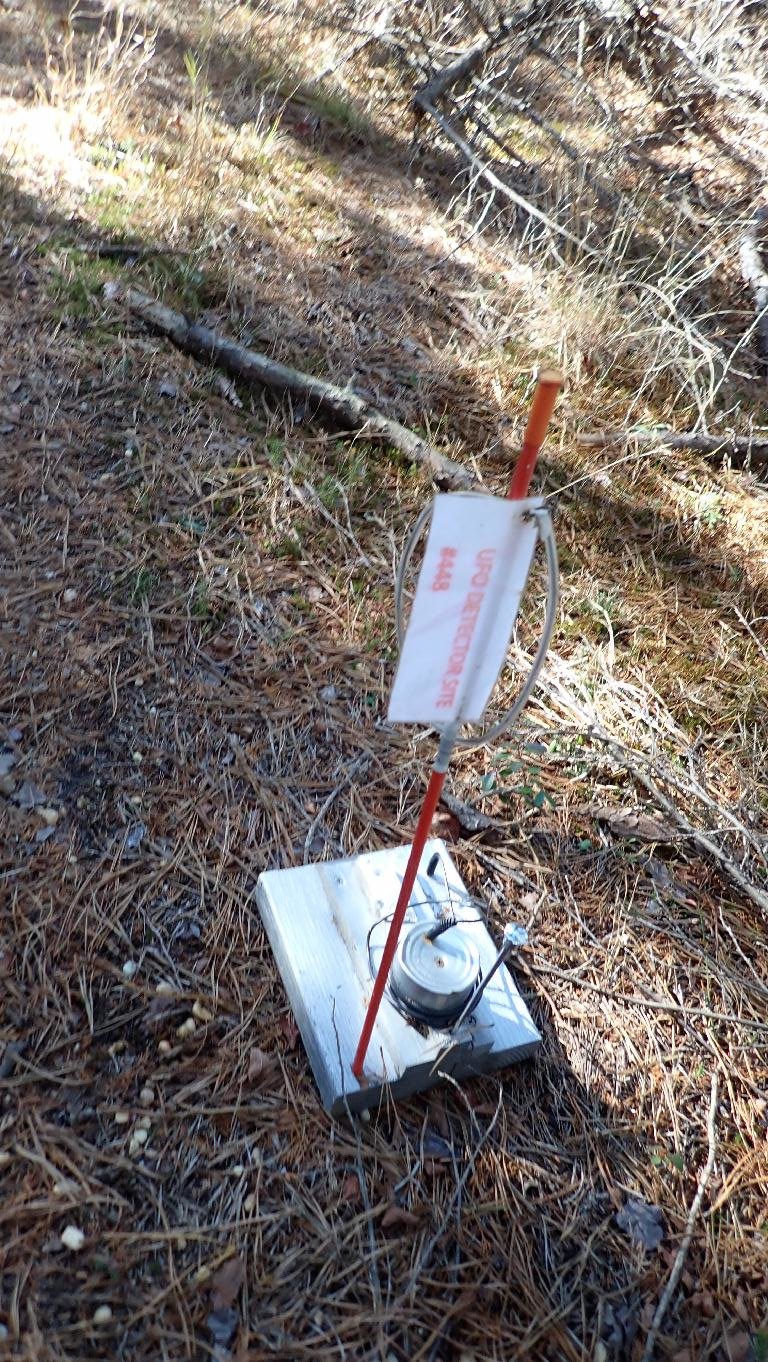 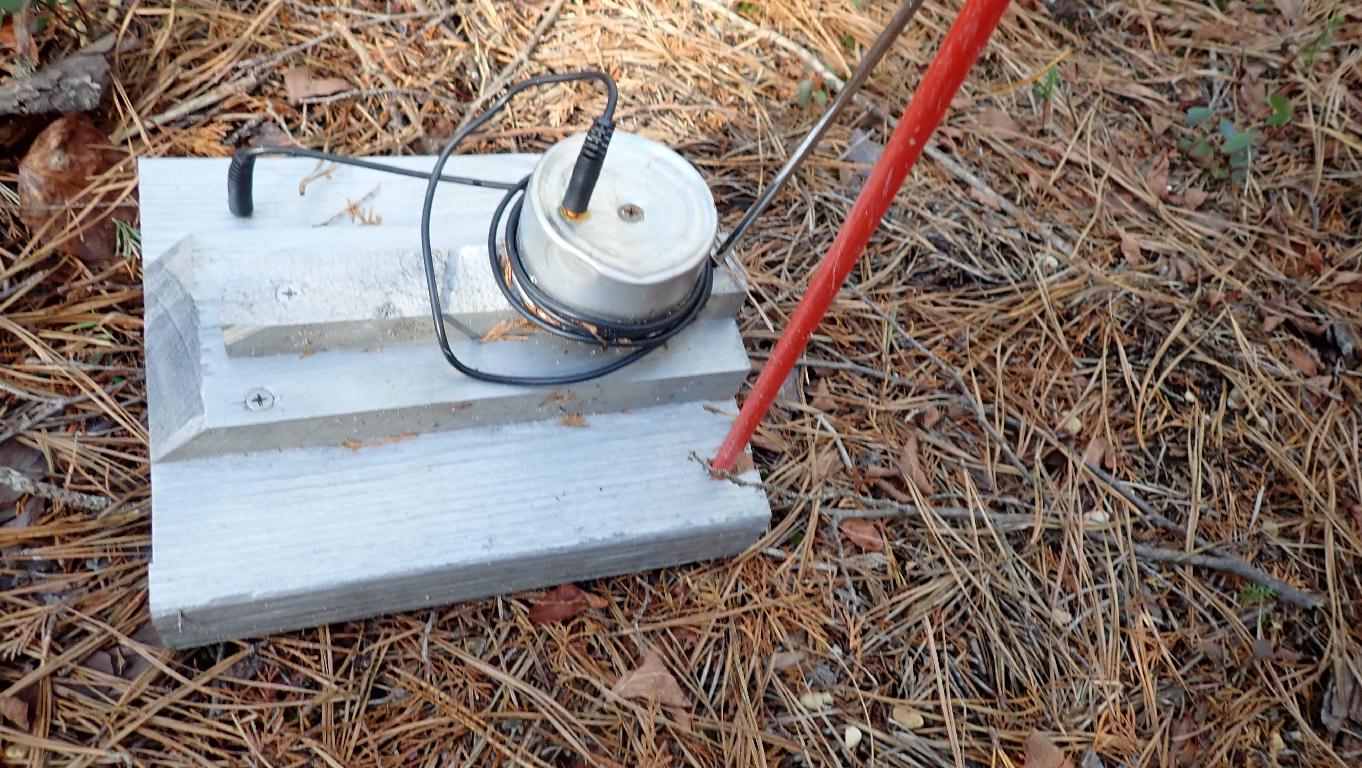 I hope you were wearing your tin foil helmet!

I'd report it Ed. Could be a lunatic hoping someone would pick it up. Not liking the wire and soup can battery ?? arrangement.

Please tell me this is just someones practical joke! The tag says #448, does that mean there are others? What is it actually trying to detect?

The Wick said:
Please tell me this is just someones practical joke! The tag says #448, does that mean there are others? What is it actually trying to detect?
Click to expand...

30m ·
Today the NJ State Park Police were made aware of a “UFO Detector Site” which was located on Saw Dust Pile Road in Tabernacle Twp. in Wharton State Forest. After examination by members of the NJSPP Detective Unit and NJSPP K-9 Unit, our Explosive Detecting K-9 “Prime” was deployed. Prime determined the UFO Detecting Device was safe. The device was carefully disarmed by NJ State Park Police personnel by unplugging the headphone wire from the block of wood and the soup can it was plugged into.
Although human kind and the visitors to New Jersey’s State Parks appreciate an extra-terrestrial early warning device like this, we should not be finding them in our State Parks. Please always be safe when around suspicious objects like this and always notify the NJ State Park Police (1-877-WARN-DEP) if a suspicious object is found in our State Parks.
Reactions: Jon Holcombe, Boyd, Teegate and 1 other person

I wonder how much it cost to deploy the NJSPP Detective Unit and NJSPP K-9 Unit and determine the "UFO detector" was harmless?
N

Boyd said:
I wonder how much it cost to deploy the NJSPP Detective Unit and NJSPP K-9 Unit and determine the "UFO detector" was harmless?
Click to expand...

They were already getting paid,,,,,,,
Reactions: RednekF350 and 1Jerseydevil
B

Where is Sawdust Pile Rd.?

I believe it is this road. Ed can clarify that.

The pointer at the above link is the location along that road where the huge sawdust pile for the Bozarth Sawmill was located when Beck visited, and photos of the location were discovered by a member of this site and posted years ago. Check out the photos in the two post at the below link called "Sawdust Pile" and the other called "Shed at the edge of the woods." I would highly suggest everyone read the beginnings of that wonderful thread concerning the Capewell Glass Negative Collection. There is quite a nice discussion of how the Capewell's most likely read about the Carranza monument being built and decided to visit it as well as the sawmill pile stop in at Carranza and the Skit bridge. BTW, if you have not been there you should stop in and find the sawmill in the clearing. It is unusual.

The link is here.

Yes, it is that road. The Capewell post is one of the best ever. I wonder how the pile got so high and steep. There is no evidence of the pile now. I would think it would take a conveyor belt. If you walk out of the parking lot at the Carrazza memorial and pick up the Batona Trail it will take you to it. Look to your left. The SW corner of the intersection also is disturbed. We found a brass clock work there so we call it Clock Road. I have been all over the NW corner and found nothing.

Guy, am confused. We have the Bozarth sawmill and the Mead and Price . we have your post https://forums.njpinebarrens.com/threads/the-mead-crane-sawmill-at-sandy-ridge.8981/#post-108969.

ecampbell said:
Guy, am confused. We have the Bozarth sawmill and the Mead and Price . we have your post https://forums.njpinebarrens.com/threads/the-mead-crane-sawmill-at-sandy-ridge.8981/#post-108969.
Click to expand...

After that post, Ted Gordon discussed this with me and feels that because of the various locations that people considered Sandy Ridge, the Mead and Crane sawmill may have been at the ruins at Sandy Ridge or the sawmill foundation we found on the PBX hike that is on the other side of Carranza Road. I am still a believer, with no real facts except the letterhead I acquired, that the Mead & Crane operation was a business and the other foundation at Sandy Ridge and across Carranza were just basic sawmills that were put up to cut wood and then left. So I decided to not call it the Mead & Crane until more facts come to light. The Mead & Crane sawmill was much earlier in time and may have occupied the site we are discussing until Bozarth purchased it in later years. The facts are we know for sure it was the Bozarth Sawmill according to Beck, so I called it that.

The sawmill on Sawdust Pile Road is unique as it actually has metal gears in it which would indicate to me that it was a business.

1933 photo. Judging by all the various old photos I have viewed from there, the photographer had his back to the wooden building and along the road when taking this photo. Just my opinion. 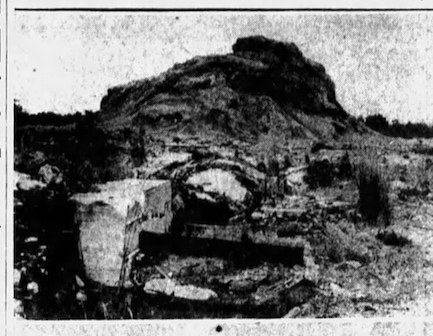 Teegate, when you speak of a sawmill at Sandy Ridge, do you mean the base and pit near the tracks north of Carranza Road or somewhere else?

I only ask because there are three or four sawmills in that general area.
Last edited: Apr 12, 2021

Gibby said:
Teegate, when you speak of a sawmill at Sandy Ridge, do you mean the base and pit near the tracks north of Carranza Road or somewhere else?

I only ask because there are three or four sawmills in that general area.
Click to expand...

I am uncertain that actually is a sawmill. It may be one but the others are for certain.

It made it to WOBM. 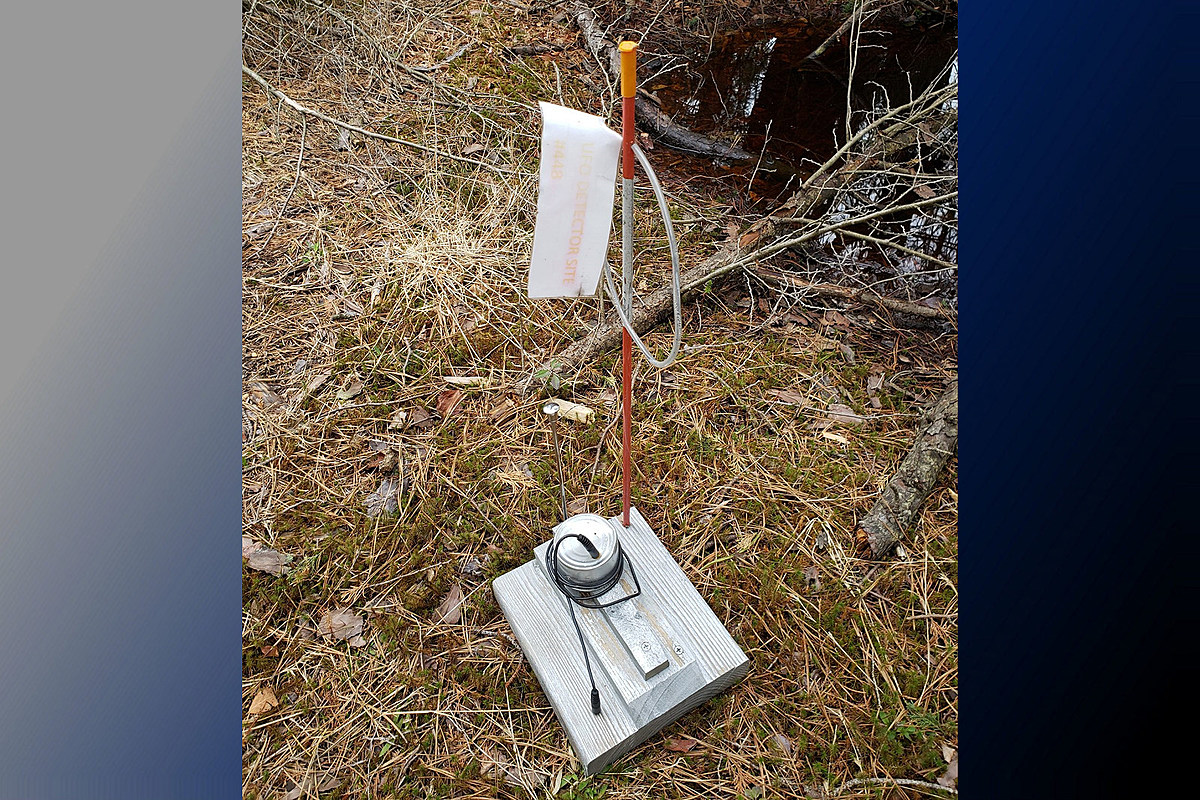 There were over 100 UFO sighting over New Jersey in 2020 ranging from 3 seconds to 4 hours, according to the National UFO Reporting Center.

This story really has legs...