That appears to be a Pine Barren model stove.

Teegate said:
I suspect this new sign means the Hub Cap place may be demolished. If you want photos get there now I would think. Taken from my dash cam.

The fence is now gone. The building surely will be next.

Teegate said:
The fence is now gone. The building surely will be next.
Click to expand...

Well, the Hub Cap Place on 70 is no more. They tore it down.
Reactions: Boyd

This display is still on the Black Horse Pike next to the old Finnerty's Hut Bar. No business appears to be associated with it anymore. 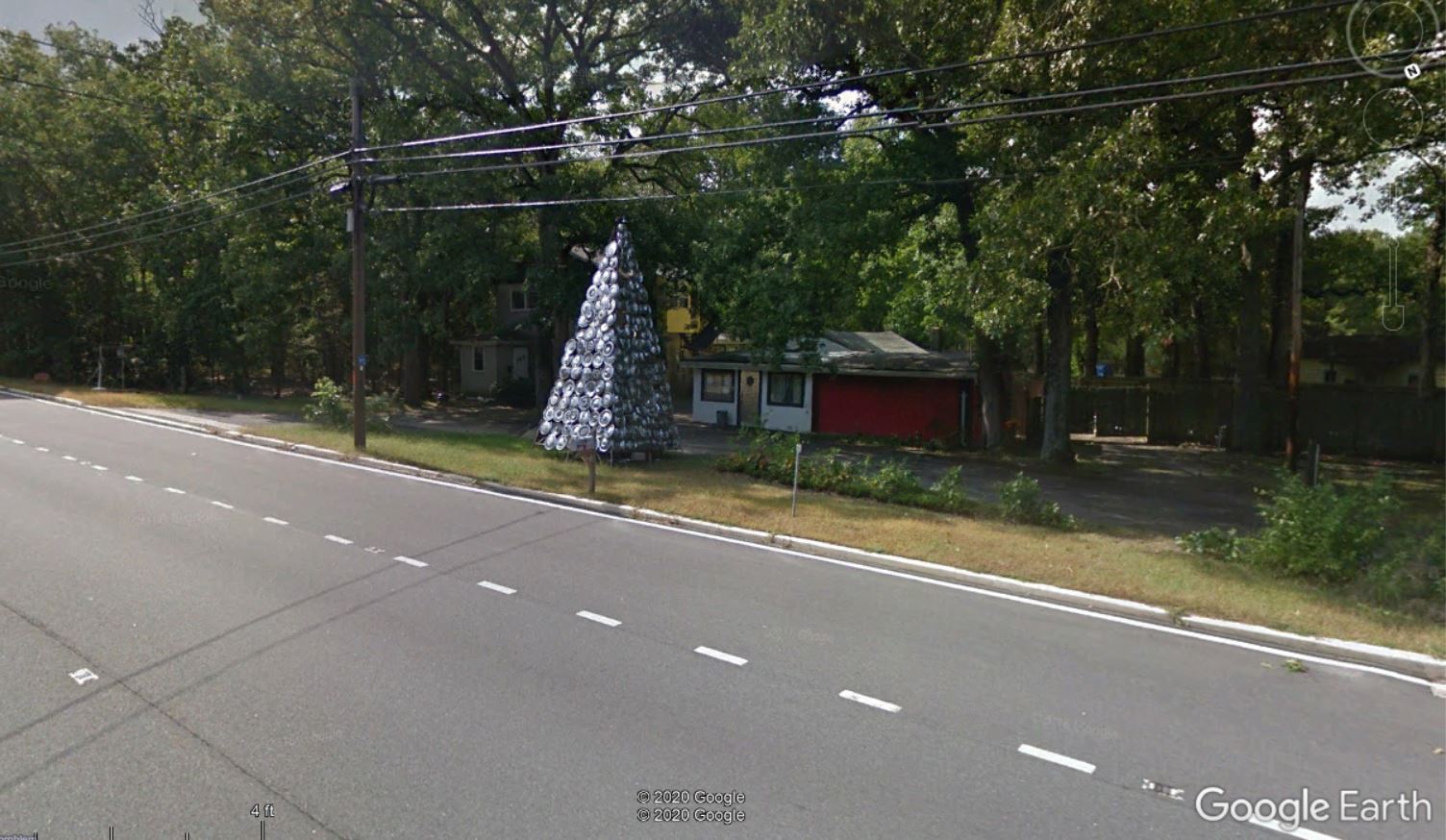 near Mizpah.
Reactions: Teegate and Boyd 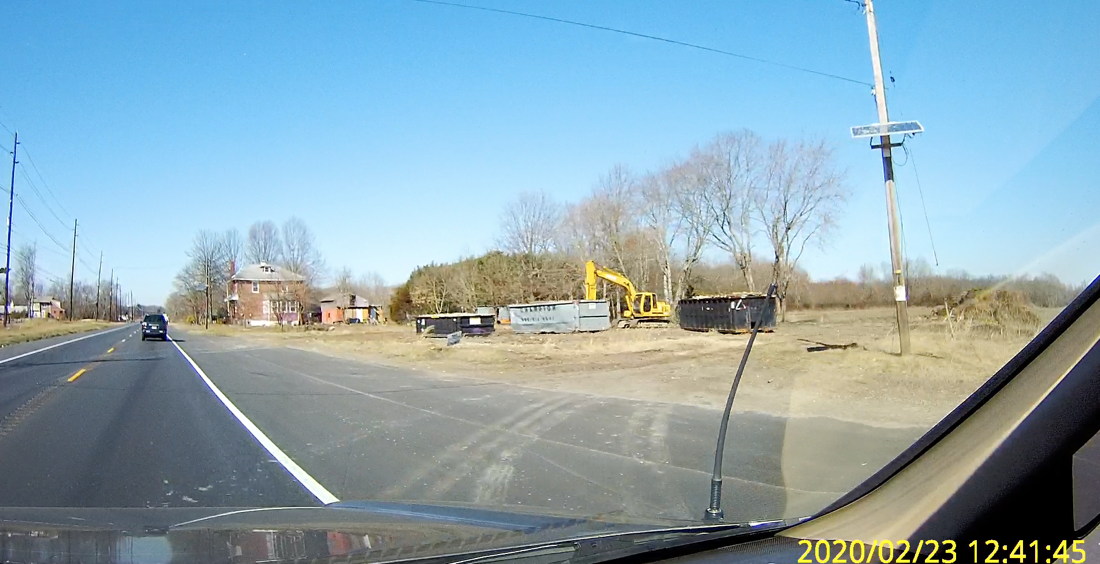 We have been busy on a project in the pines for the past month and have not had time to do anything else lately. Sorry for not posting much. So today after maybe finishing up we looked for some stones. One that we did not get to look for today is on a deed from 4/18/1754. Yes 1754. We were able to get close and this one may or may not date to that era.

Had to poke around for a while to find this one. Right along an old fence line. 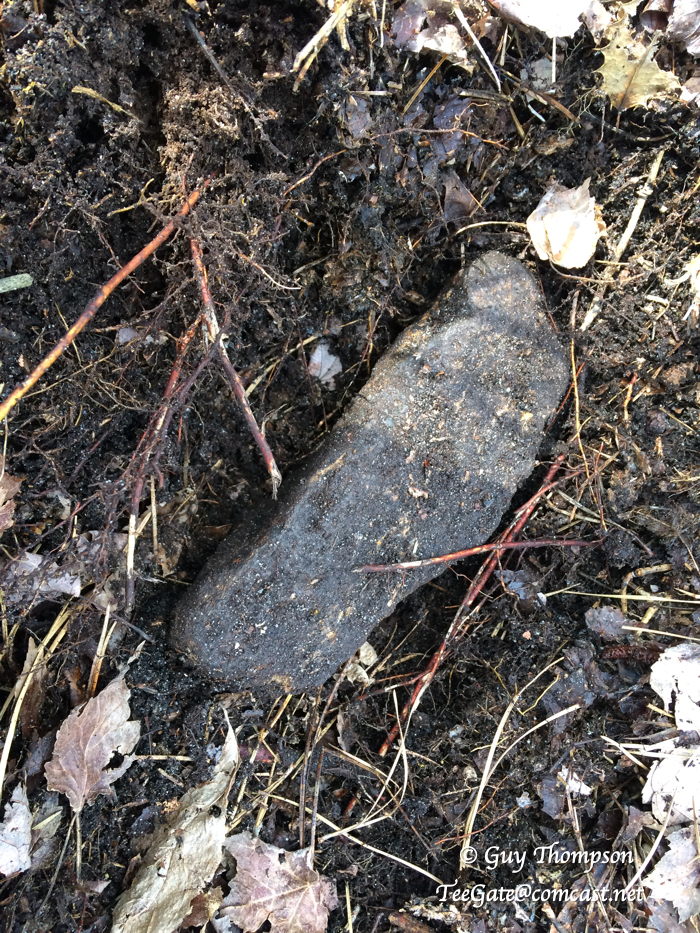 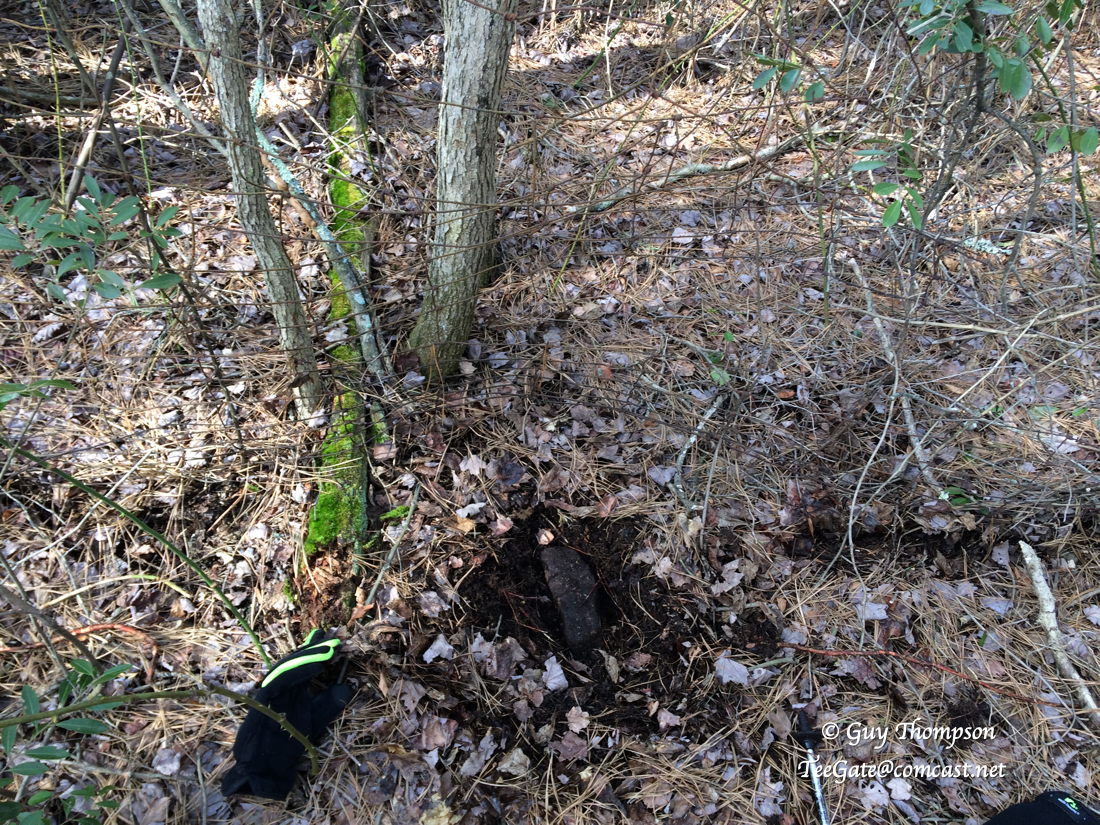 For the most part the Wharton survey in the 50s was quite accurate; however, they did make mistakes. In 2009 I circumnavigated the large private tracts of land near Green Bank along 563 looking for the property stones. Many of these stones date to the Nicholas Sooy era. In fact, Nicholas Sooy owned one of the properties nearby as this deed tells us.

Anyway, I visited the area today and spent 4 hours pushing through dense briers tearing myself up looking for many I missed or could not find before. In the photos below you can see the state tax map which is correct, and below that the Wharton survey with the yellow arrow showing the missing property line. They actually put state survey monuments on private land as they somehow did not realize that Joseph Wharton did not own it. 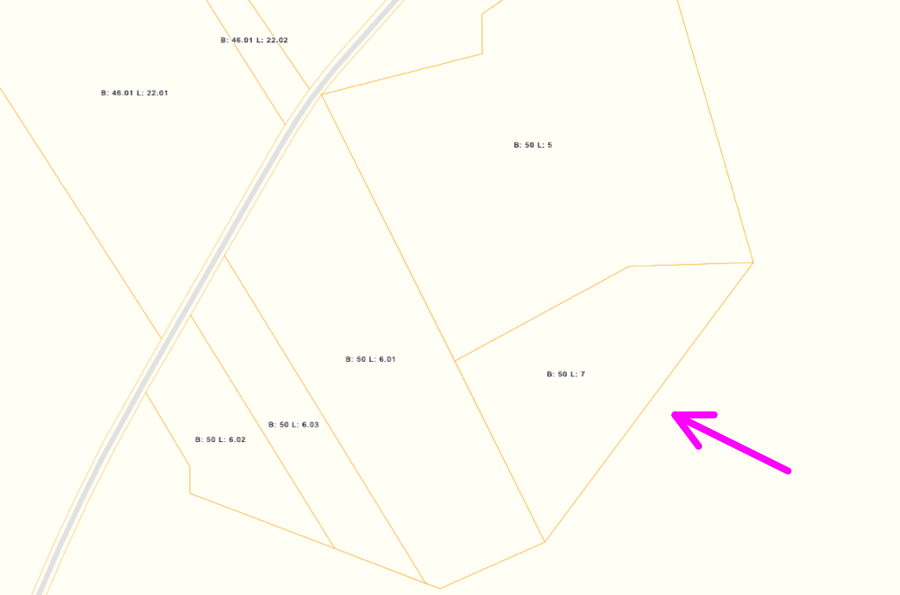 Scroll back and forth between the two photos and notice the missing property line in the Wharton survey below. 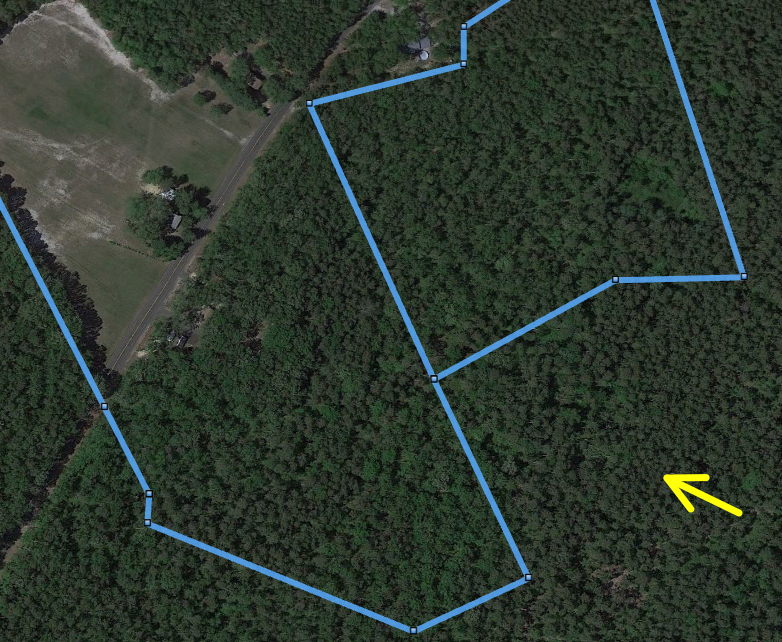 But the good news for me is the state 3 years ago acquired the property outlined just above the arrows which allowed me to get to the monuments or stone located there.

This one had the stone right next to the monument which is rare in Wharton. 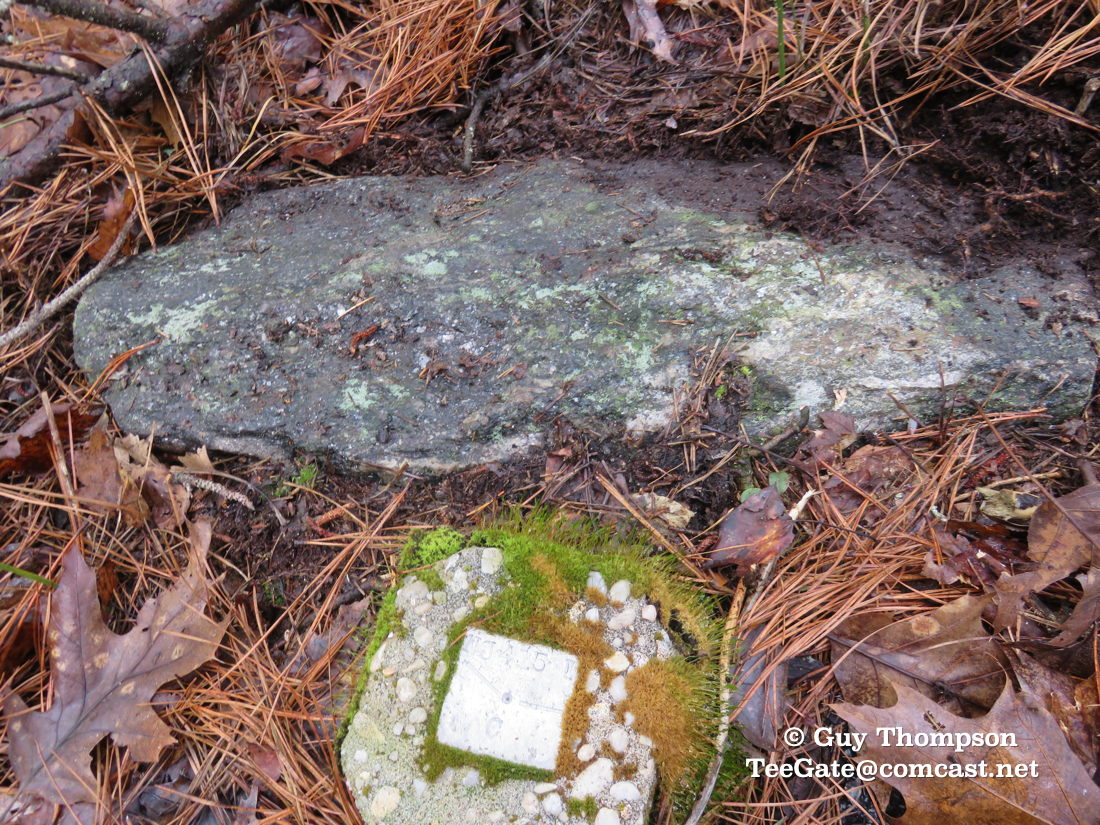 This is a Wharton monument on top of a turf bank for an old blueberry field that may have been at one time a cranberry bog. Very tough to get to but I will return as there is some history in the area. 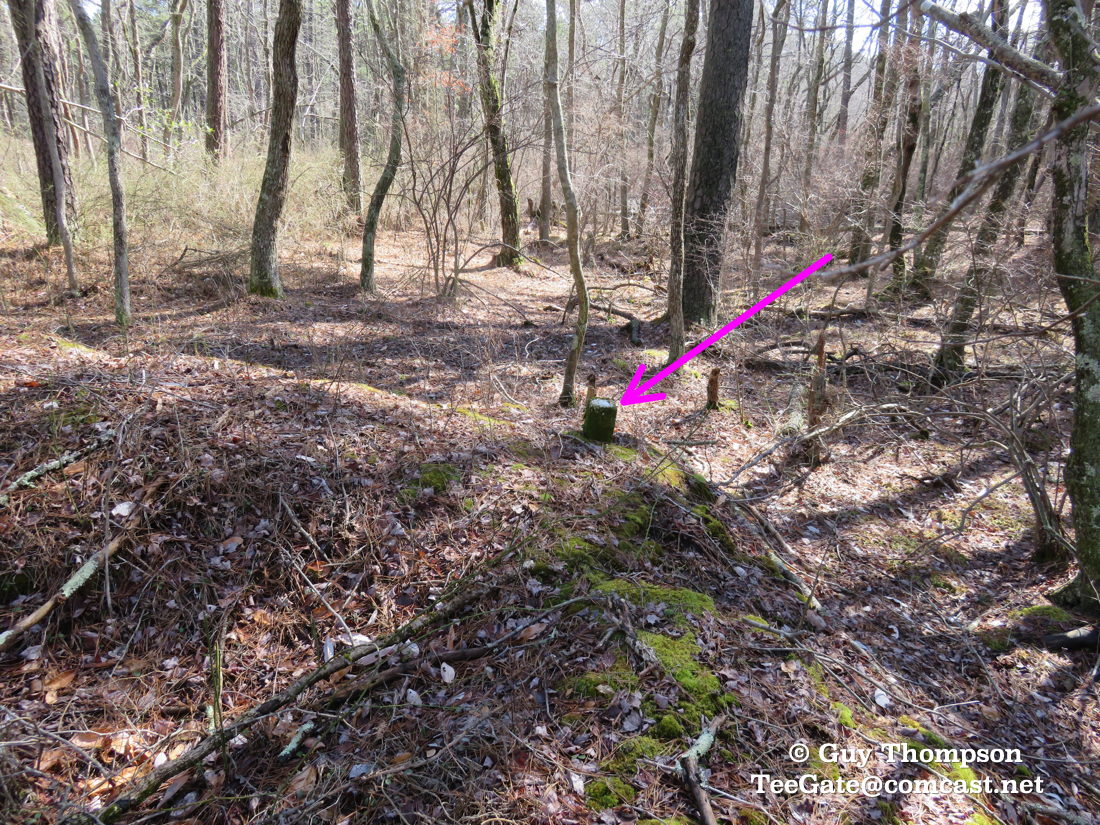 And a Wharton monument that has been removed from the ground. 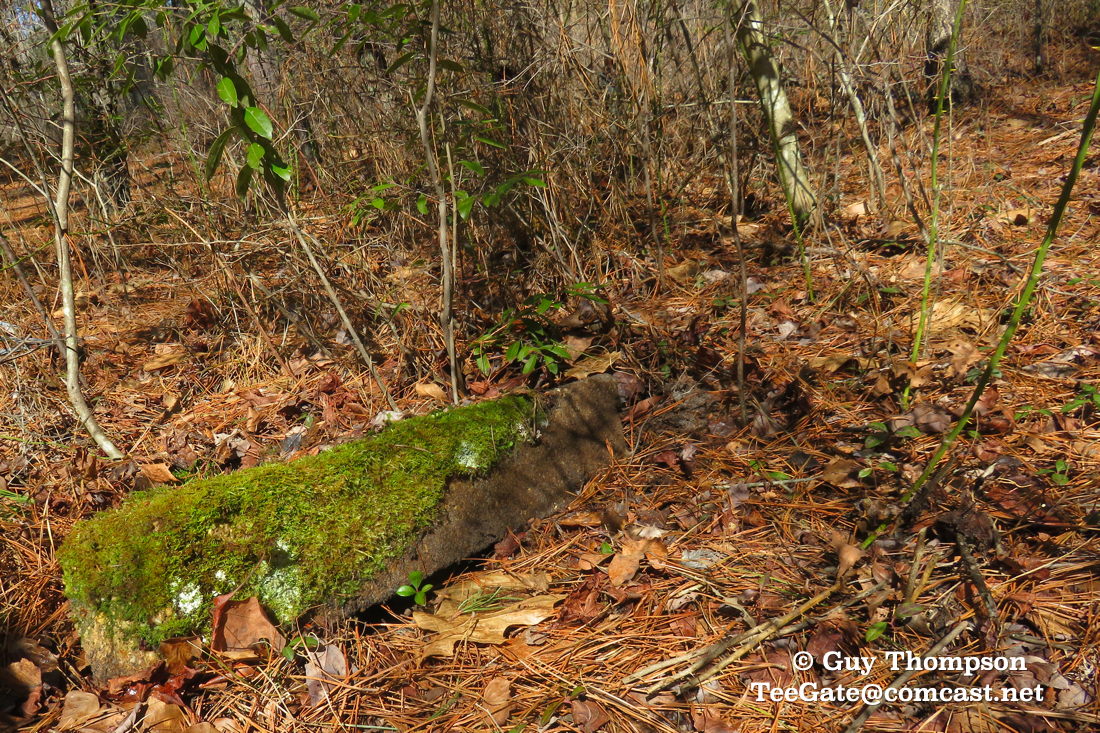 You didn't make it this far East did you Guy? I find this an interesting try to make something in a really low area. Goes back at least 90 years.

I can't imagine what was in the minds of people who put a road right here. Madness.

Edit: interesting. I appears almost dry in 1995, Must be a long flat spung or just a dip in the land.

That looks like it was a well-used road at the turn of the 20th century. Be neat to walk it from Jenkins down to 542 at Green Bank.

I have the name "Grassy Pond Road" in my dataset

Looks like it goes through a soppy wet area before it gets close to the Wading too.

bobpbx said:
That looks like it was a well-used road at the turn of the 20th century. Be neat to walk it from Jenkins down to 542 at Green Bank.

I have walked it in the winter and springtime with Turtle and others. It had water flowing across the road in spring. Maybe it was used intermittently?
Reactions: Boyd

oji said:
I have walked it in the winter and springtime with Turtle and others. It had water flowing across the road in spring. Maybe it was used intermittently?
Click to expand...

What section did you walk Tom? Were you NE or SW?

Not yesterday but Al, Jessica and myself have been there a few times. That property was owned by William Richards and Nicholas Sooy. We found the Richards/Sooy stone and the Cow Horn stone there. 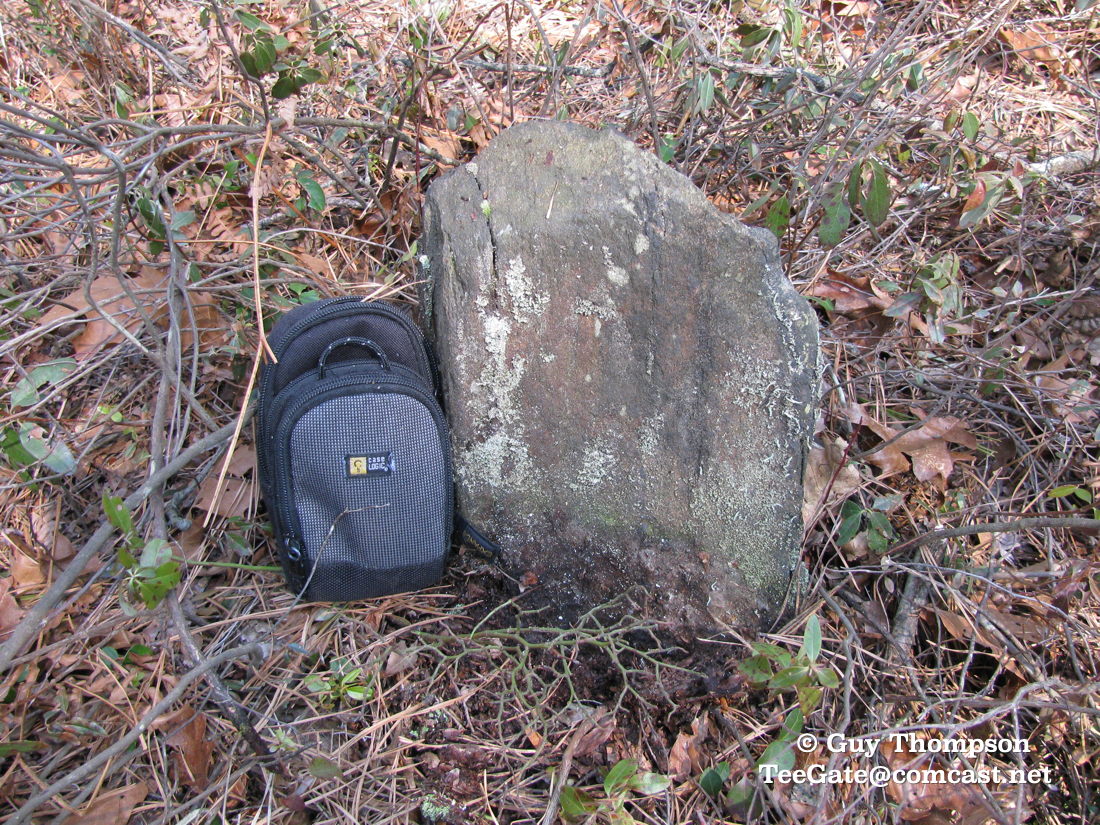 Most of that is Wharton; however, again, the Wharton survey team failed to realize in the middle of that plot there was property they did not own. When I visited there just at the edge of the property was this truck. 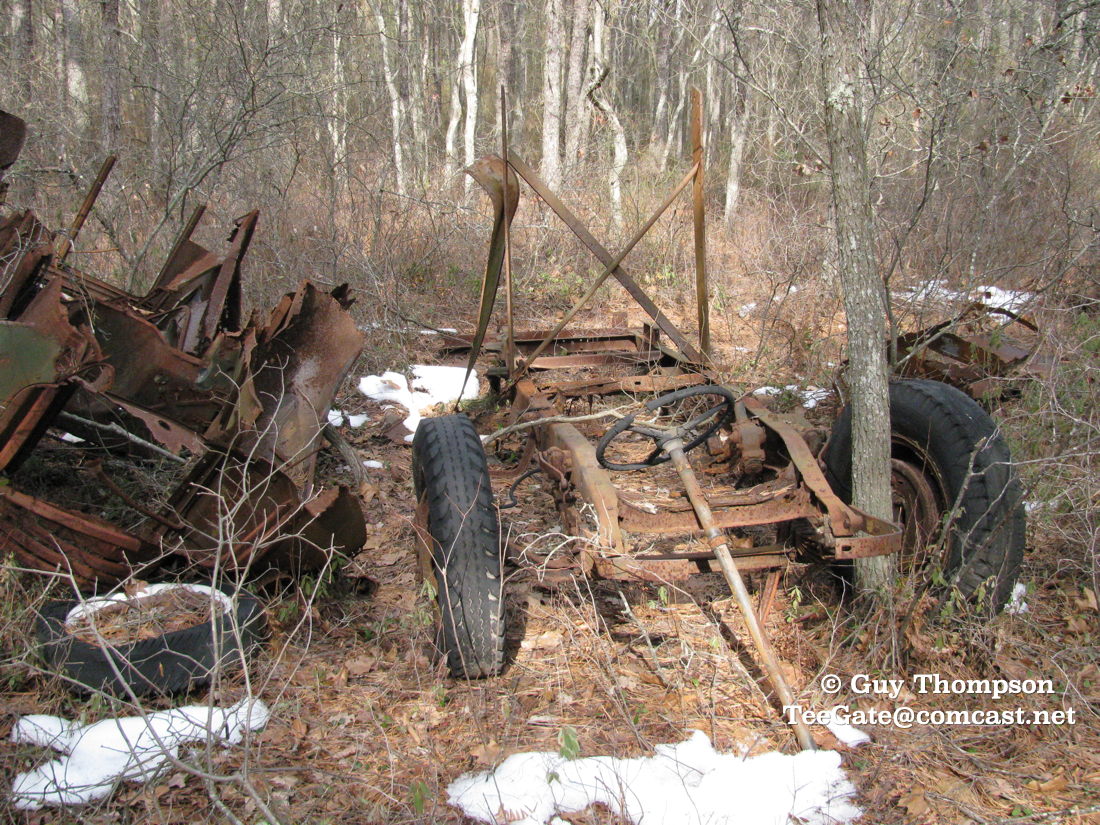 And standing on the edge of the property is was completely different than the rest. Whoever owned it had let it thicken up and it was unlike any place I have seen. The property was sold by Edwin B. Johnson to John C. TenEyke on July 25, 1875. Then it eventually was owned by Nicholas Weeks and on July 3, 1948 a survey was done which I have. Wharton purchased the area and they failed to realize right in the middle someone owned 6.81 acres, and certainly sometime after they found out they did not own it. Just after I visited there in 2010 it was purchased by Horace and Doris Jones, and in 2017 it was sold again to the present owner.
Reactions: manumuskin, bobpbx and Boyd

I remember fiding those.I was zoning in on the corners on the topo and both stones were off 75 ft from the topo or shoukld I say the topos were what was off?

bobpbx said:
interesting. I appears almost dry in 1995, Must be a long flat spung or just a dip in the land.

As it happens, this area is part of the batch of files that I just uploaded. 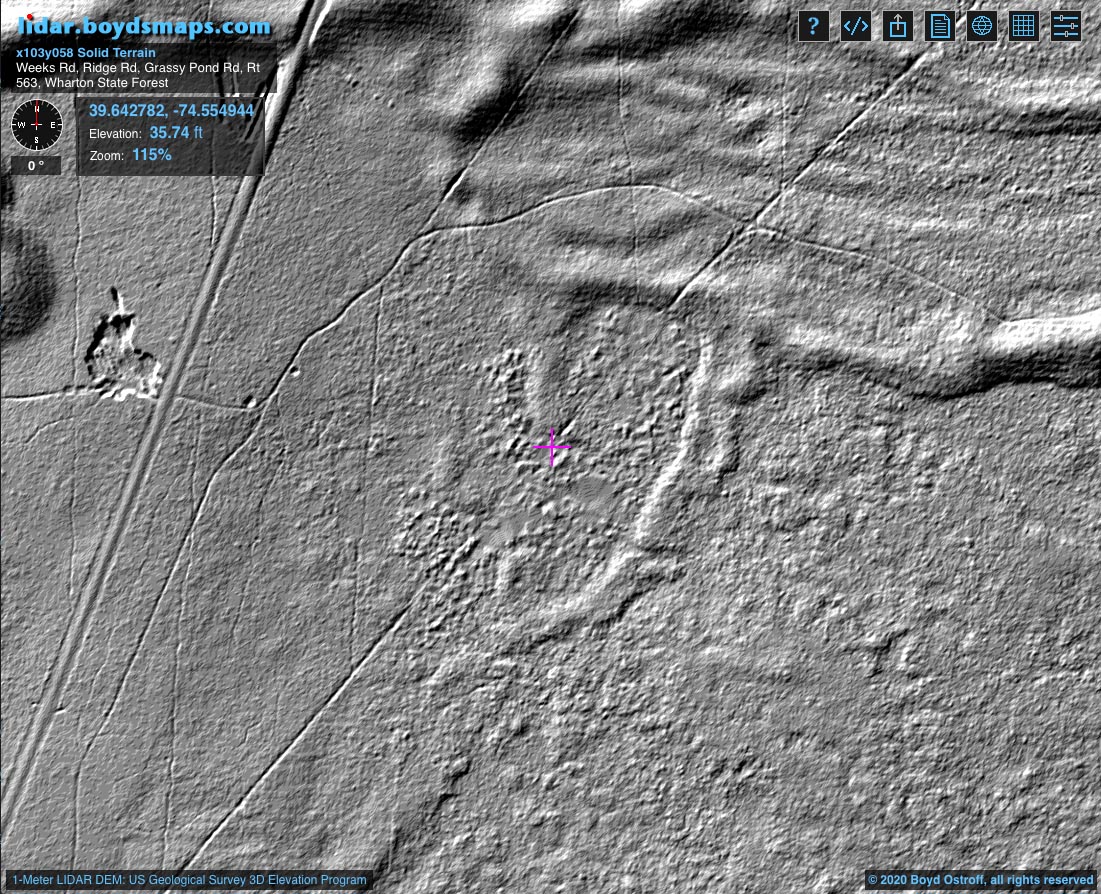 I think we could almost find a stone with these!
Reactions: Boyd

bobpbx said:
What section did you walk Tom? Were you NE or SW?
Click to expand...

We started SW where it starts at 563 and went up past it to the NE. We also checked out some ponds to the SE.
Reactions: bobpbx

We visited this area today in Bamber that the state logged just a couple years ago. I don't know if it was for the wood or to eliminate pests. If you know... let us know. You have to walk to get there as there is a sign blocking the road in even though the FFS just drove around it to burn the place. I have to assume they burned it to allow the pine cones to drop seeds. Again, if you know... let us know.


Here it is today. 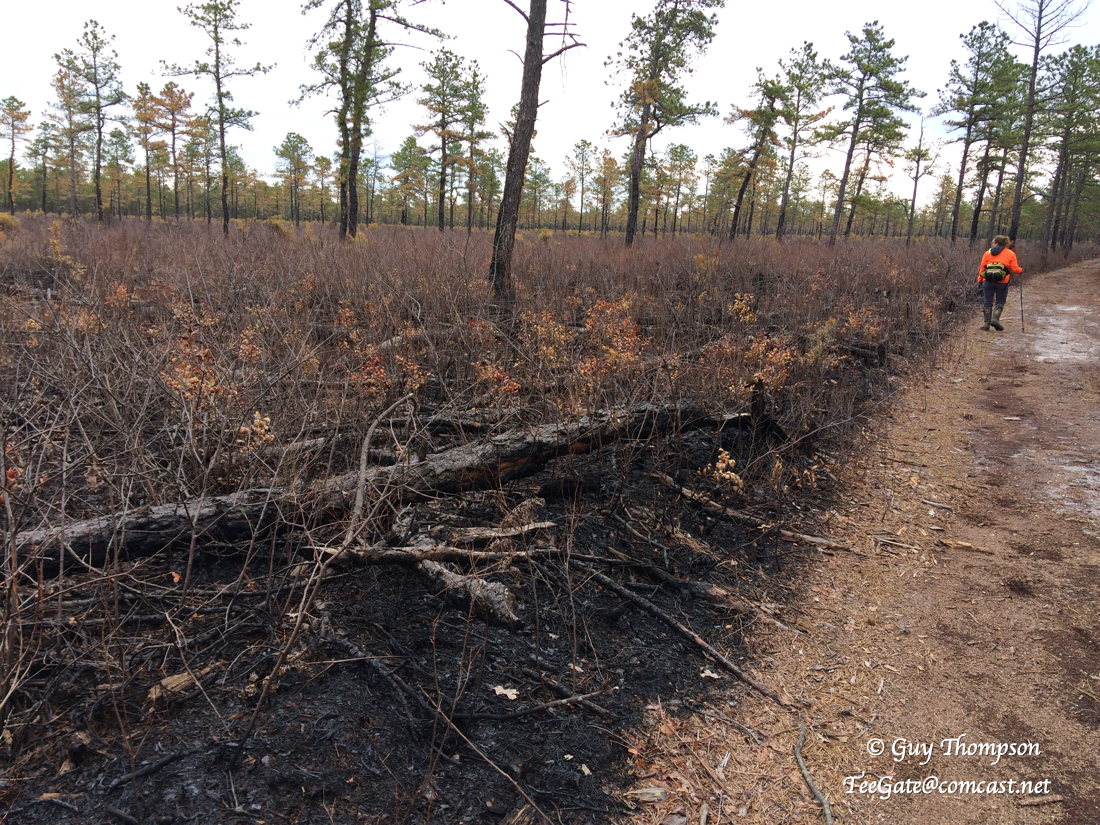 Our main goal was to find a large stone along the edges of an old blueberry field, and getting there was a challenge. The area was full of brier so we had to circle around it until we found a way in. 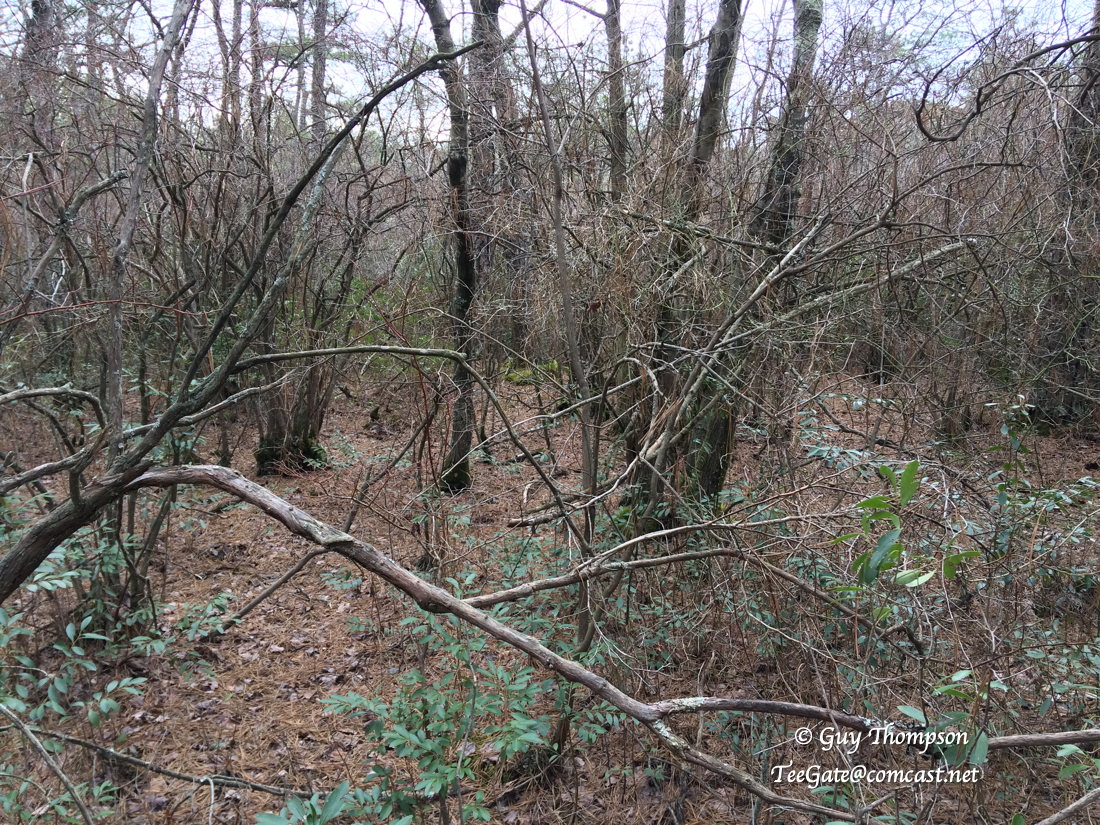 At the stone on the edge of the upland. 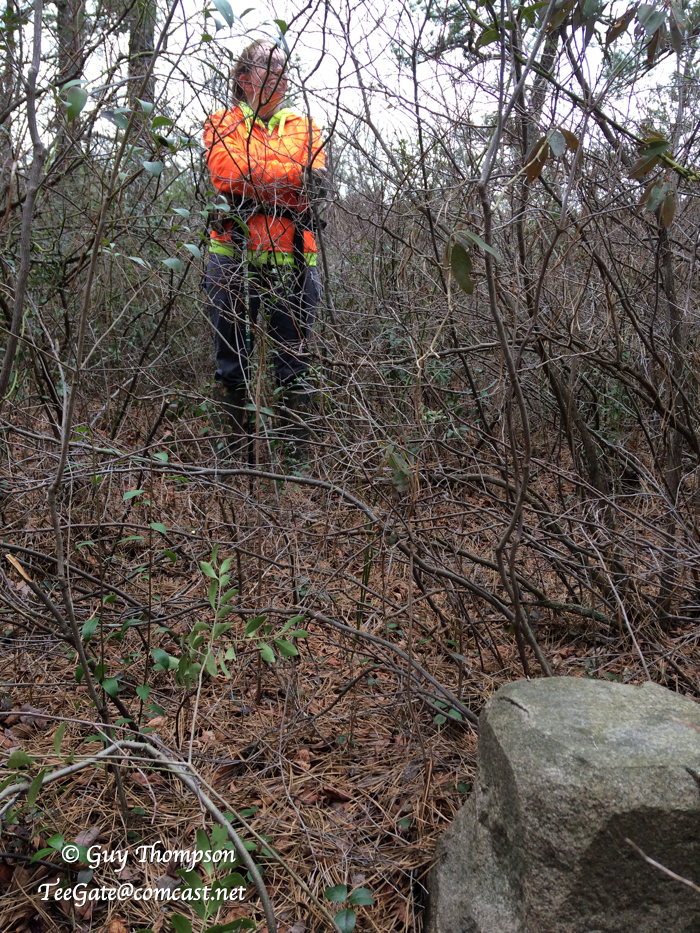 And a video of us arriving.