Sounds like you're looking for the Beers 1872 map, a real treasure of local history.


auto said:
I need some help finding a map.A while back I viewed a rather large map on this site that covered southeast PA and south jersey.It was from the 1800's give or take.It was very detailed with home locations and roads.I've looked at most of the maps on this site and just can't seem to find it again.Anyone? Thanks Joe
Click to expand...

found it! it was beers Phila and vicinity.I live in mantua twp,there is a grave yard shown on the map that is not visable from the road.The area kept in a over grown way makes me think there is something their.That is one big map! Thanks

To maximize sales of their 1860 Philadelphia and Vicinity map, cartographers Lake and Beers created 8 different editions of this cadastral map by changing the vignette maps scattered around the frame. They produced maps to cover communities in Salem County, Gloucester County, Camden County, Burlington County, Philadelphia, Delaware County, Montgomery County, and Bucks County. The digital version available from the David Rumsey site is the Philadelphia edition and the vignette maps depict neighborhoods in the city that, prior to the 1854 Consolidation Act, had existed within Philadelphia County, but in various townships. I have three different editions in my collection and I am always looking for additional ones. A rather rare map is the 1861 edition, which Lake and Beers produced after making corrections to the 1860 version based on error reports.

Lake and Beers also produced a similar map extending above the Philadelphia and Vicinity one, covering Trenton, Mercer County, Hunterdon County, Middlesex County and Somerset County. Like the Philadelphia and Vicinity map, Lake and Beers produced different editions for Mercer, Hunterdon, Somerset counties and beyond. I have an edition of this one as well and it comes in quite handy in my professional work.

Hurry up and download a free copy of the Beers map before the Library of Congress "partners" with Ancestry.com, like the National Archives.

listen, i dont know who you are or what you did, but this map stuff on this site is AWESOME
Reactions: Ben Ruset

It looks like Microsoft Terraserver is down, so topographic maps will not work until it comes back up.

Yes it's been down for a couple months.My topofusion program feeds off the topos and black and white aerials.Luckily it also uses MY Topo and Open Aerial which still work

I remember when the were going to shut down Terraserver back in 2012 that there weren't any free sources for topographic maps that were decent. I'll have to see if that's changed. If not we'll probably be without topos.

Ben I remember discussing this back then. I thought you were going to use NJGIN WMS for the topo maps. Did you have problems with that? Here is info on everything they offer

I think this is it:

Yes. The problem with those maps is when you change the zoom level it doesn't switch what scale map you see. So you can zoom in and see nice 1:24000 scale maps, but as you zoom out you just get a jumble of smaller 1:24000 maps covering a larger area which end up being unusable. With Terraserver the scale would switch to the 1:63360 scale maps automatically as you zoomed out.

Edit: Plus the NJGIN servers are pretty slow.

Ben Ruset said:
Plus the NJGIN servers are pretty slow.
Click to expand...

That is so true. Takes a long time to load the 2007 imagery here. I have been downloading it in Globalmapper recently and it can be very slow. Sometimes it just doesn't load at all. I guess we should be thankful for small things though, considering the state budget I'm surprised they haven't started charging for access.

Just an update: USGS topo maps are back and better than ever.
Reactions: Spung-Man, RednekF350, Pinesbucks and 5 others

Thanks Ben. They look great. I really use this resource frequently.

I'm glad I could make it happen. I just wish I knew Javascript better and that there were more maps available online for me to include.

I use them all the time. I would be lost without them for sure.

Teegate said:
I use them all the time. I would be lost without them for sure.
Click to expand...

Ditto, and they load so much better than the older version. Many thanks!

Hey Ben, you might consider adding the NJGIN 2012 imagery to NJPB maps. I remember in the past, this was low resolution satellite imagery with full tree canopy. I guess those were just temporary because it is now very nice 1 foot per pixel aerial imagery without leaf cover. I have been using this for some personal projects and it's very clear. They also have a 2010 dataset but I haven't looked closely at it.

(note the info in the link above is NOT for use in a web browser, it's used to configure WMS software) 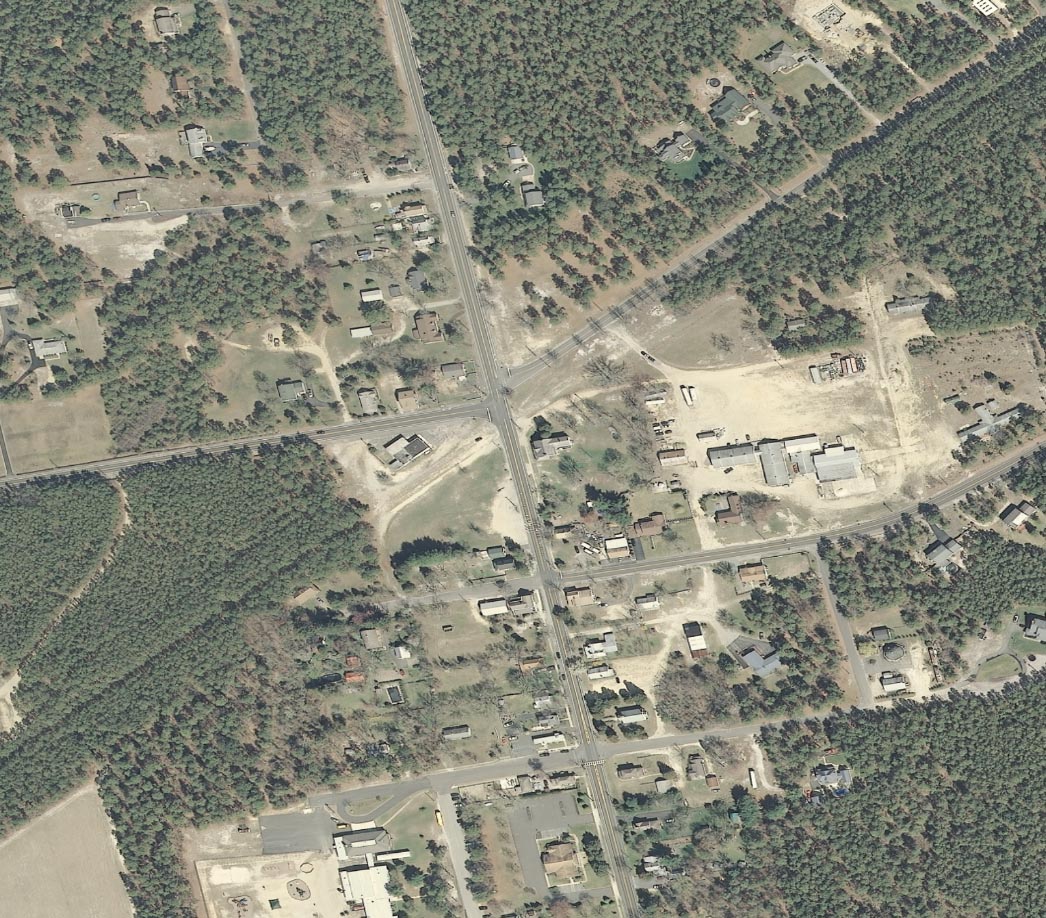 For everyone else... if you want to access these in your browser, it's the same imagery that the USGS offers through the National Map (they call it "HRO" - High Resolution Orthophotography). I find their servers very responsive. Here's a link to the location shown above. Click the [<<] button next to [Find Products] to make the sidebar go away.